Las Setas | © bogitw/Pixabay
A strong contender for the title of ‘Most Beautiful City in Spain’, Seville offers visitors a number of very special experiences that are to be had nowhere else. From attending a bullfight to watching the sun set over the rooftops of its oldest neighbourhood, here are some things that will make your trip to the Andalusian capital unforgettable.

Go to a bullfight

Going to a bullfight is, of course, something you can do in practically every major Spanish town (and most of the smaller ones too, for that matter), but nowhere is the atmosphere quite like it is in Seville. The audience that packs out the city’s stately 18th-century bullring every time there is a bullfight on is known to be the most demanding in Spain – and for good reason. Often, a kind of party atmosphere prevails in the stands during a bullfight: Spaniards turn up in big groups with picnic baskets crammed full of beer and sandwiches and make a social occasion of it, which can make concentrating on events in the ring somewhat difficult. In Seville, on the other hand, the bullfight is watched in studious silence, with applause (and jeering) meted out only when truly deserved. This makes for an ambience of great intensity and drama and, if you choose to experience it for yourself, a truly unforgettable afternoon. 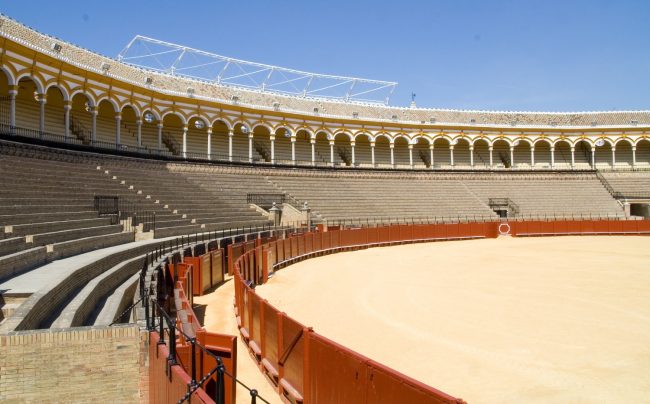 Cross the Guadalquivir river via Puente Isabel II and you end up in Triana, the beautiful former gypsy quarter of Seville (the gypsies were moved into a now-notorious housing estate on the outskirts of town in the 1970s). Despite its huge popularity with tourists, who are lulled into a kind of trance by its beauty, Triana is still a local residential neighbourhood in which families joyfully collide in the street, exchange gossip and fuss over each others’ babies. They are also volubly present in the barrio’s traditional tapas joints, the walls of which are plastered with old bullfighting posters, mounted bulls’ heads and weeping Virgin Marys (happily, few chain restaurants have found their way to Triana). There’s no better way to experience the local life and colour of this enchanting neighbourhood by blending in among them and enjoying a lunch that goes on all afternoon or a dinner that lasts into the early hours.

Market
Colour and local life at Mercado de Triana | © Sandra Vallaure/Flickr
If you’re exploring Triana, don’t leave without shopping, eating or drinking at its wonderful covered market. This joyful cacophony of fruit, veg and meat stalls was built on the site of an old castle – one wall of which still remains – and given Andalusians’ flair for turning even the most quotidian task into a social occasion, it is also home to a number of superb little tapas bars. Enjoy a sweet sherry and perhaps a little fresh fried fish as you watch the world unfold around you – an infinitely better way to experience Seville’s street life than jumping on the tourist carousel in the city centre, a world away on the other side of the Guadalquivir.
More Info
Open In Google Maps
s/n Plaza del Altozano, Seville, 41010, Spain
+34674074099
Visit website
Visit Facebook page

When Ferdinand III seized Seville from the Moors in 1248, he immediately banished the city’s Jewish population to the barrio of Santa Cruz. Nowadays, this area of whitewashed houses and narrow cobbled streets is the Andalusian capital’s most famous neighbourhood. On a first visit here, it’s virtually impossible not to become hopelessly disorientated in the maze of its streets, but don’t worry: this is a part of town that only gives up its secrets to the aimless wanderer. It’s also home to some great tapas bars – in which you can stop for refreshment before getting even more lost – and one of the best places to see live flamenco in central Seville, the Museo del Baile Flamenco (which also houses a museum exploring the art’s fascinating history). 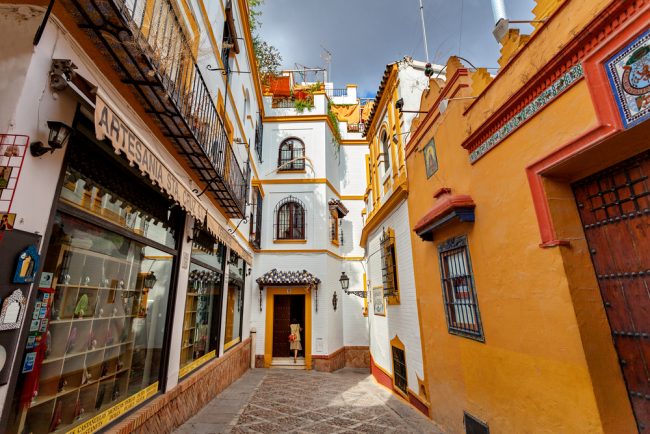 Take part in a botellón by the river

One of the great pleasures of being in Seville in spring or summer is indulging in a spot of botellón on the verdant banks of the Guadalquivir river. This is the Spanish expression for open-air or street boozing with your friends: simply head to the supermarket, stock up on a liquid picnic, set up camp down by the Guadalquivir, put your favourite tunes on and let the afternoon or evening play out. Don’t be worried about making too much noise either, because a decent chunk of the city’s teenagers and 20-somethings will be enjoying botellón on the riverbanks too. This is also a great way to avoid the ferocious heat and big crowds of the city centre, where other visitors less wise than yourself will be traipsing around the historical monuments in 35 degrees Celsius or more.

Watch the sunset from Las Setas

Built between 2005 and 2011 over Roman remains which were only discovered during its construction, Las Setas (or “The Mushrooms) is the largest wooden monument in the world: its huge, fungi-shaped canopies now dominate the once run-down Plaza de la Encarnación in the centre of historic Seville. The Roman remains which made the building of these enormous mushrooms such a controversial matter can be seen on the lower ground level, but gazing at the remnants of ancient walls won’t be the most memorable experience of a visit to The Mushrooms. The panoramic views of Seville from the walkway up on top are the best in the city, so watching the sunset over the rooftops of Santa Cruz whilst sipping from a glass of prosecco is likely to be one of the highlights of your trip to the Andalusian capital. 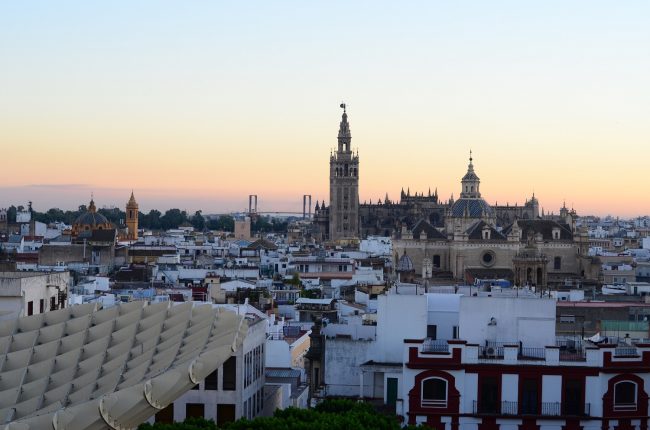