6 Street Foods You Have to Try in Mallorca, Spain 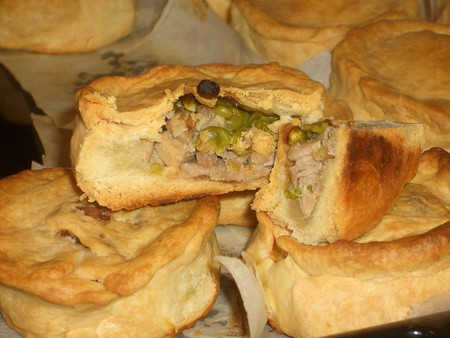 Tasty, filling, and cheap – it’s easy to see why 2.5 billion people are known to fill up on street food every day around the world. With an exceptional wealth of home-grown produce, from suckling meats to fresh seafood and plenty of tasty vegetables, Mallorca offers some of the best finger-food in the Mediterranean. While markets, bars, and bakeries across the island serve up an array of top-notch pintxos and tapas, there are also more than a few regional must-try delicacies that you can scoff on the hoof.

The soft, pâté-like, sobrasada sausage is often served spread on crispy bread as a snack and accompanied by a cold beer. Composed of lean pork, bacon and spices, the ingredients are kneaded together and then filled into in pig’s innards where it undergoes a curing process of at least 40 days. Arguably the best sobrasada is made with porc negre (black pig), a native breed to the island of Mallorca. Look out for the food-truck “La Pickup” who are also well known for rustling up shredded porc negra tacos to hungry crowds at many street fiestas. 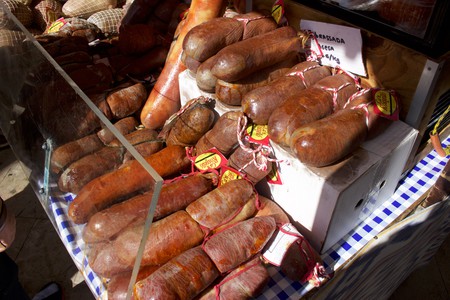 Market, Spanish, Street Food
Facebook
Email
Twitter
Pinterest
Copy link
Share
Map View
The coca de trampó is one of the most typical snacks in Mallorcan cuisine. Similar to the Italian pizza without cheese, and with a pastry crust (the “coca”) more like that of a quiche, it certainly makes for an easy, on-the-go belly filler. Typically, these deliciously colorful slices are covered with a topping (the “trampo”) of thin little chunks of roasted red and green peppers, white onions, tomatoes and fresh parsley. Head to the boisterous Santa Catalina Market on a Saturday morning to sample this dish shoulder-to-shoulder with locals.
Open In Google Maps
s/n Plaça de la Navegació, Palma, Illes Balears, 7013, Spain
+34971730710
Visit Website
Give us feedback 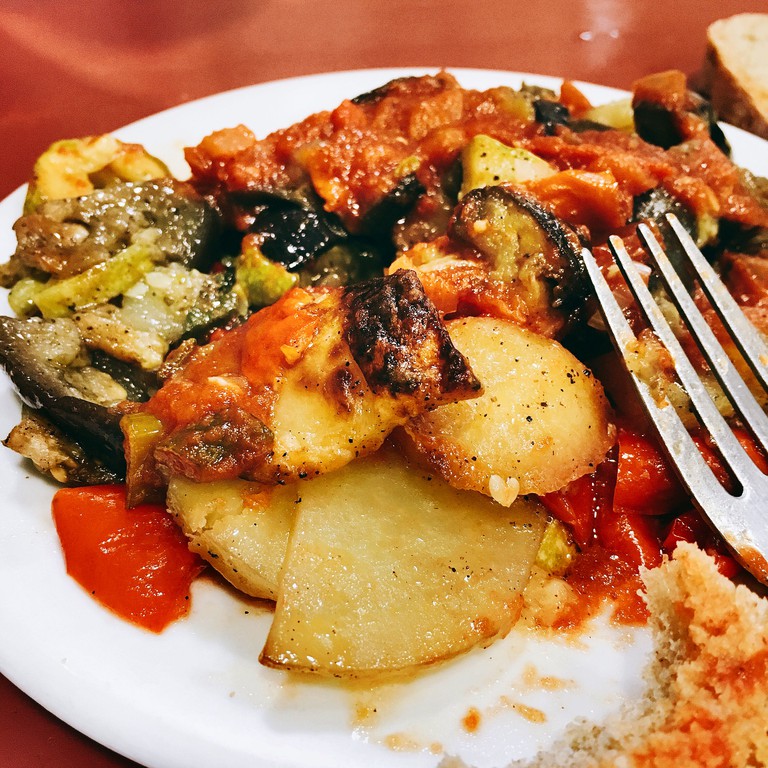 Tumbet | © Manel / Flickr
Tumbet is similar to that of a French ratatouille or Spanish pisto. It is a simple dish of gently fried vegetables topped with homemade tomato sauce and baked slowly in the oven. Alongside huge pans of simmering paella at many outdoor markets, you will often see an equally large dish of tumbet on offer with fried eggs plonked on top giving the dish some extra body and vibrancy. Alternatively, on Wednesday evenings, the fancy Restaurant el Casal hosts a barbecue by their pool where you can enjoy frito Mallorquin(fried seafood) accompanied by fish tumbet packed with prawns and shellfish.
Open In Google Maps
2 Puerto de Alcudia, Islas Baleares, 7458, Spain
+34971852732
Visit Website
Give us feedback 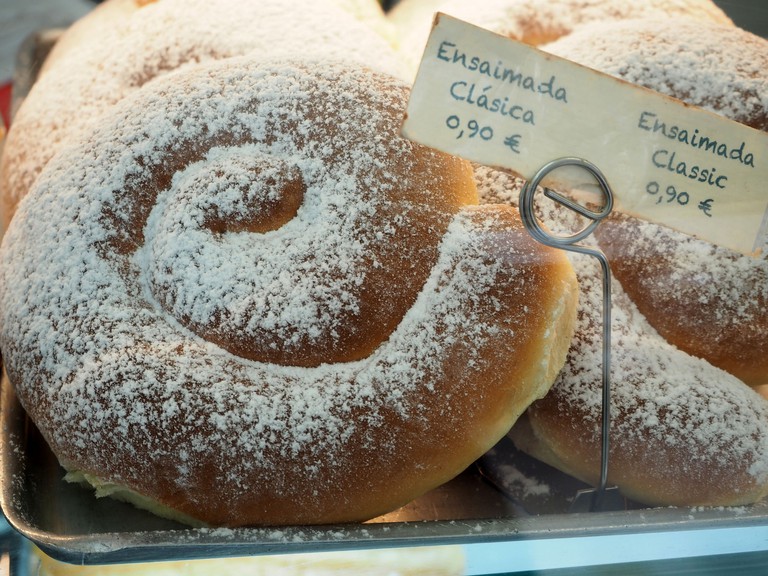 Ensaimadas | © Ungry Young Man / Flickr
To start the day, many locals pair their coffee with a traditional pastry known as ensaïmada. This sugar-dusted delicacy is similar to the croissant and has been proudly produced on the island since the 17th century. In Catalan, the word saïm is translated as pork lard, and it’s this key ingredient that gives the treat its distinctive taste and texture. Although most ensaïmadas come just as a spiral of feather-light pastry, some bakeries stuff them with cream or chocolate for special occasions. In 2017, Palma hosted the first ever Ensaïmada World Championship and crowned the famous Forn Sant Francesc patisserie kings.
Open In Google Maps
126 Carrer de Sant Francesc, Inca, Illes Balears, 7300, Spain
+34971504993
Visit Website
Give us feedback 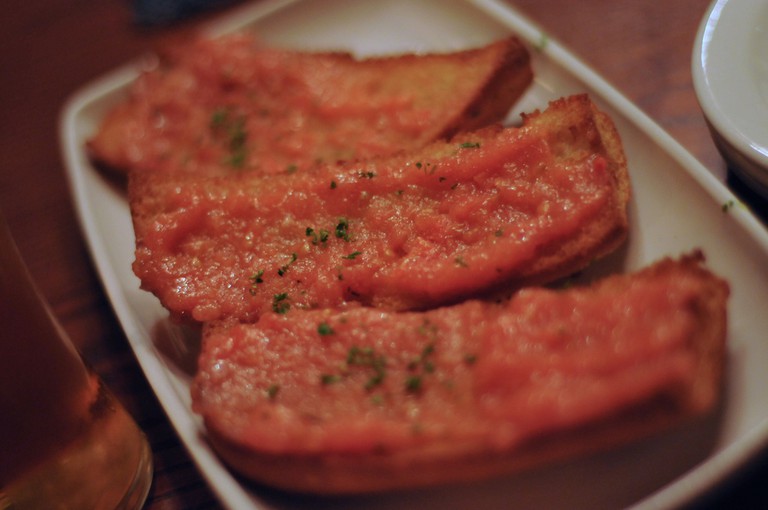 Pa’amb Oli | © Ben Coombs/Flickr
This straightforward snack consists of a thick slice of hearty moreno bread rubbed with garlic, over which comes a layer of freshly squished ramallet tomato, a drizzle of olive oil and flaked sea-salt. The Catalan variations on this dish, known as pa’ amb tomàquet, see an embellishment of either cured jamón serrano, anchovies, or slices of hard, tangy manchego cheese. Visit the hugely popular restaurant Mesón C’an Pedro in Génova, established in 1976, which is well-known for its speciality in such rustic Mallorcan fare and its gorgeous views across the countryside.
Open In Google Maps
14 Carrer del Rector Vives, Palma, 7015, Spain
+34971702162
Give us feedback 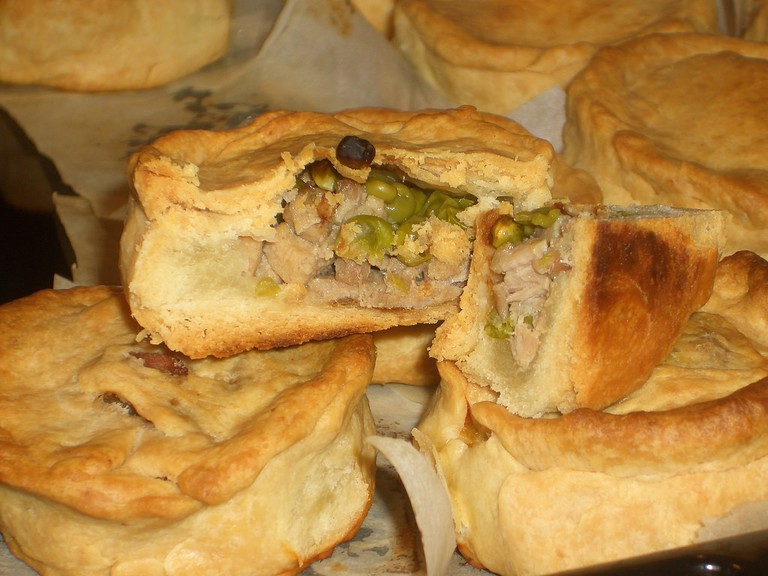 Mallorcan Panades | © EnGuillem / Flickr
Throughout the Easter season it’s difficult to resist a photo opportunity in the small and rustic age-old bakeries throughout the island. Freshly baked, bulging panades with molten hot fillings of lamb and peas are piled high at this time of year. Recognizable by their rotund buttery pastry casing and pinched tops, these take-away delights scream “comfort-food.” Tuck into a couple of these wholesome meat pies from the renowned Al Fornet de la Soca bakery and you will not be disappointed, or hungry for long.
Open In Google Maps
9 Plaça de Weyler, Palma, Illes Balears, 7001, Spain
+34673499446
Visit Website
Give us feedback
Give us feedback