Knowing where to take your guests on a business trip can be tricky at the best of times, but in a city with as much choice as Barcelona it can be even harder. Here’s our pick of the most impressive places in Barcelona for dining clients.

As something of an institution on the Barcelona dining scene, Botafumeiro is the place to go to give your guests a taste of old-school Barcelona. Located uptown in the trendy Gràcia neighbourhood, the restaurant has been serving some of the best seafood in town since its opening in 1975. Mention the name to any local and you’ll be sure to see a look of approval on their face. A trip to Botafumeiro is regarded as something of a big deal. The decor is traditional, teetering on the verge of stiff in a way that oozes old-fashioned charm. Booking is essential.

Restaurant, Spanish, Seafood, 0
Located inside one of the most emblematic buildings in Barcelona – the futurist W Hotel is Bravo24. This is the place to go if you want a chance to enjoy the typical tapas-style dining but with stylish modern decor and five-star service. Located just by the waterfront, the restaurant offers superb views of the Barceloneta beach. The restaurant is run by Catalan chef Carles Abellan – who trained at the iconic elBulli restaurant. The cuisine is a mixture of local ingredients and Catalan tradition with hints of foreign influence, including a selection of locally sourced seafood and Catalan classics. There’s also a dash of foie gras here and there for good measure.
Looks like it's closed Hours or services may be impacted due to Covid-19
More Info
Open In Google Maps

Restaurant, Mediterranean, European, Spanish, $$$
Tragaluz, Barcelona | Courtesy of Tragaluz
This stylish Catalan venue is the eponymous locale of the family-run Tragaluz Group, who first made a name for themselves with their traditional Morisco restaurant. In contrast, Tragaluz offers a breezy modern decor and stylish surroundings. This place attracts a mostly local crowd who know that this is a place to go for classic Catalan recipes adapted to the tastes of the 21st century. Built over three stories, the large glass windows offer superb views of the city from the exclusive vantage point of the iconic Passeig de Gràcia on which the restaurant is situated. The venue is especially worth visiting if you’re considering a working lunch rather than a late dinner.
More Info
Open In Google Maps
5 Passatge de la Concepció, Barcelona, Catalunya, 8008, Spain
+34934870621
Visit website

Restaurant, Spanish, Seafood, $$$
Located inside the harbor of the Barceloneta, Barcelona’s historic fishing quarter, the Restaurante Barceloneta is one of the city’s most iconic seafood restaurants. It has the advantage of having a direct relationship with the local industry. Open since 1996, the locale specializes in fresh seafood and fish-based dishes such as traditional paella and the Catalan fish soup known as suquet de peix. With open views of the nearby super yacht harbour, the Marina Port Vell, the restaurant offers all the comfort of a traditional restaurant setting. It also has the added luxury of being in one of the most exclusive parts of town.
More Info
Open In Google Maps
22 Carrer de l'Escar, Barcelona, Spain
+34932212111
Visit website

Restaurant, Mediterranean, Spanish, $$$
Restaurante Mano Rota, Barcelona | © Mano Rota / Facebook
Tucked away on the backstreets of up-and-coming neighbourhood el Poble Sec, Mano Rota is one to show you know where the cool kids like to hang out. Opened in January 2015, the restaurant has become something of a sensation among the local foodie crowd who flocked en masse to this off-the-beaten-track venue. Run by locally trained chefs Bernet Bermudo and Oswaldo Brito, the restaurant offers a creative cuisine which blends local food culture with modern twists and flavors borrowed from abroad. The venue is modern but understated. Exposed brick walls contrast with modern artwork and plain white walls. Since it has just a handful of tables available, be sure to book your table in advance.
More Info
Open In Google Maps
4 Carrer de la Creu dels Molers, Barcelona, Catalunya, 8004, Spain
+34931648041
Visit website

Technically the popular venues known as El Nacional is not just one restaurant, but five. Occupying a stylishly renovated former garage, this multi-purpose locale has fast become one of the places to be seen in Barcelona. The two central bars are a great place to start off with a glass of local cava and a selection of cured meats and speciality preserved seafood. But the place to really impress your guests is at La Braseria. This is one of the few places in Barcelona where you’ll find quality-aged beef cooked in a charcoal fired oven. In other words, it serves one of the best steaks in town. When the meal is over and the time comes for an after-dinner drink, head over to the stylish cocktail bar for a cheeky night-cap. 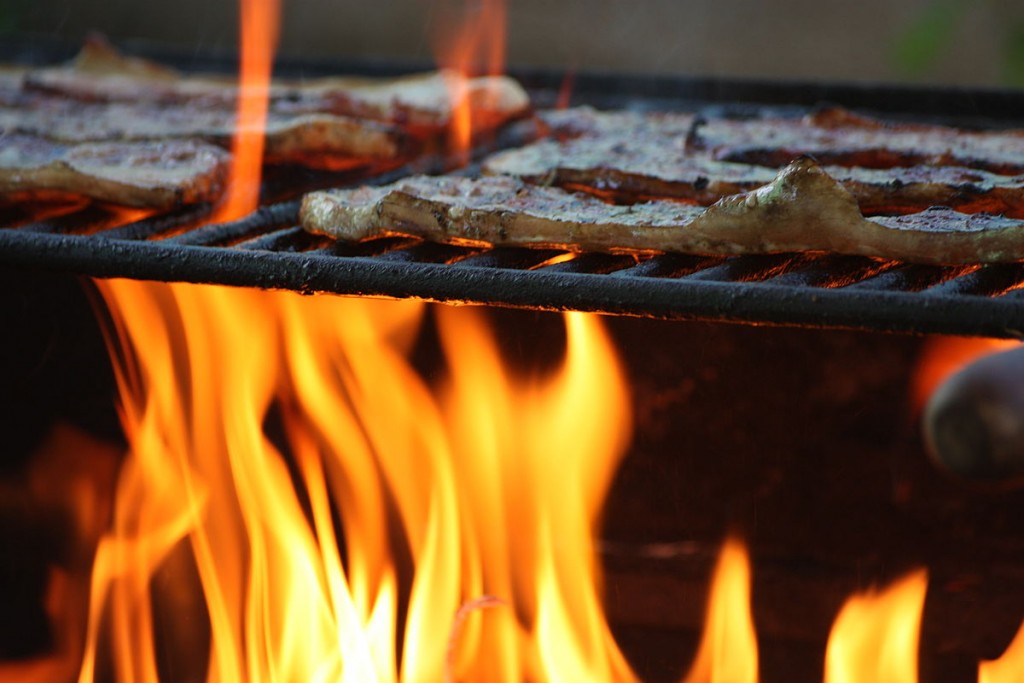