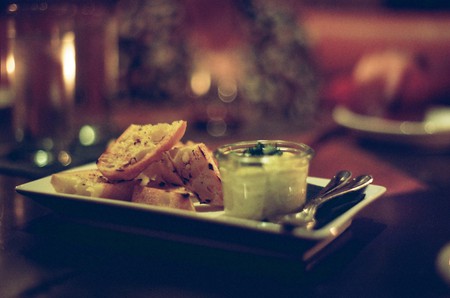 Although Spain’s most famous culinary export is no doubt its popular style of eating known as tapas, many traditional Spanish dishes are known and loved around the world: tortilla, patatas bravas or chorizo to name just a few. However, anyone who spends any length of time in the country can soon see that the Spanish culinary landscape is extremely rich and varied. Here are six amazing Spanish dishes which are all too often overlooked:

A close cousin to the well-known cold soup known as gazpacho, salmorejo is a tomato and bread based soup typical of the south of Spain. Salmorejo is usually bright orange in color and thicker in texture than gazpacho, as it contains more bread. Traditionally it comes topped with chunks of hard boiled egg and morsels of jamón iberico. This delicious soup makes for a refreshing meal during those hot summer months, which is also when the tomatoes are at their best. The dish is prepared using olive oil as well as sherry vinegar, known as jerez vinegar in Spain, giving it a rich flavor and the perfect balance of sweetness and acidity. 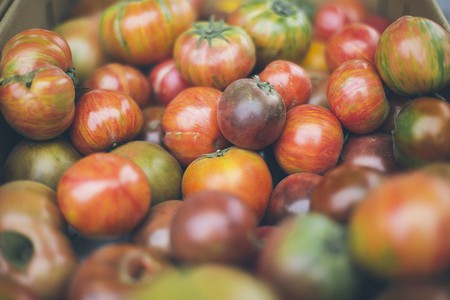 Anyone who’s ever been to Spain will probably have tried the nation’s most popular potato based dish, patatas bravas – fried potato chunks topped with a spicy red sauce. But head to the Canary Islands and you’ll find there’s another potato dish well worth trying known as papas arrugadas, literally meaning ‘wrinkled potatoes’. These small potatoes are boiled in salt water and baked until their skin shrivels and ‘wrinkles’. They’re then served with a generous dollop of Canarian mojo, a rich sauce made from red peppers and spices which gives the dish its depth of flavor and warmth – a perfect reflection of Canarian culture.

The hearty Valencian seafood specialty, fideuada, close relative to the iconic paella, uses a special noodle known as fideuà instead of rice. The dish is prepared in similar fashion in a large shallow pan with copious amounts of rich fish stock and tasty morsels such as clams, monkfish or prawns. It’s thought that the popularity of noodles in Valencia and Catalunya emerged as a result of their close trade ties with Italy during the 18th and 19th centuries. On the international stage paella may have enjoyed more success, fideuada is by far the most popular choice amongst locals in north-eastern Spain. 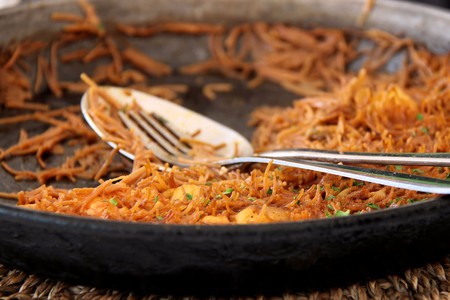 The empanada, which translates to something along the lines of ‘that has been put in bread’, is a humble dish which is enjoyed all around world, from Peru to Cornwall – that’s right, the famous Cornish Pasty. The Galician Empanada is one of the region’s most typical culinary preparations and its fillings reflect the richness of the wonderful landscape, from its Atlantic coastline to its green pastures. The empanadas can be made using a variety of meats, fish and seafood. Traditional recipes include ingredients such as stewed octopus, Bonito tuna, or rabbit with aniseed. Historically the dish was offered as an easy-to-carry meal to pilgrims who were travelling along the Camino de Santiago and continues to be a popular option at weddings and parties in modern day Galicia. 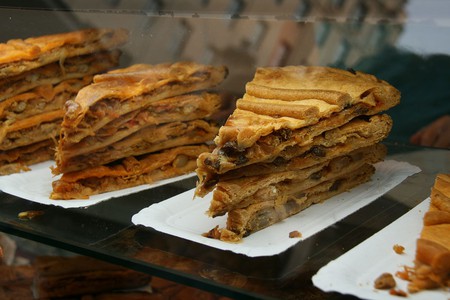 The simplest dishes are often the tastiest. This humble dish is the ultimate in comfort food and requires just a few simple ingredients – primarily potatoes and chorizo, Spain’s famous spicy pork sausage. The rich spicy flavors of the chorizo are absorbed by the potatoes and the result is a big bowl of melt-in-your-mouth deliciousness. Interestingly, despite the name there is no red wine used in the preparation of the dish. However it’s highly recommended to have a bottle of full-bodied Rioja on hand to help wash the meal down in traditional fashion.

Hailing from the warm shores of the southern Spanish province of Andalusia, cazón en adobo is another great example of a fantastic dish with humble origins. Adobo is a general term which refers to a marinade rich in spices, oil and vinegar which is used to enhance the flavor and preservation of food across the Iberian Peninsula and South America. In Andalusia adobo is frequently used to marinade cazón, a type of small shark known as dogfish which has a relatively firm, almost meat-like, texture. The adobo softens the meat which is then cut into chunks, battered and deep fried. The result? A tasty mouthful of spicy fried fish that makes for the perfect accompaniment to a glass of Jerez sherry.