6 Artists From Bilbao You Should Know 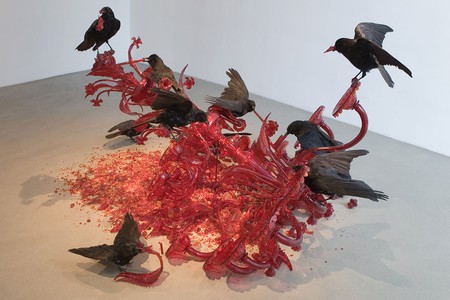 The Basque city of Bilbao is of course an arty city, being home to the Guggenheim Museum, the Museo Bellas Artes and lots of contemporary architecture and street art, so it’s not surprising that it’s produced some great artists. Here are some of our favourite artists from Bilbao that you should know.

Zaloa Ipiña holds a degree from the Universidad de Pais Vasco and a Masters in Contemporary Graphic Arts at the CIEC Foundation in A Coruña. She has enjoyed many residencies in various art institutes and has already had numerous individual art exhibitions in galleries across Bilbao, including the well known Sala Rekalde. Ipiña’s pieces play with the concept of light and typically consist of clear geometric shapes filled with abstract lines and patterns, forming both light and shadow.

A Bilbao sculptor Txomin Badiola gained a fine arts degree from the Universidad del País Vasco, where he also taught in the 80s. Since then he has exhibited his works all over the world, from Barcelona to London and New York, his work has also been showcased in the world famous Guggenheim Museum in Bilbao and the Museo Reina Sofia in Madrid. Badiola left Spain in 1989 to move to London and then New York, however he returned to Bilbao in 1998. His works are usually large scale and often created from wood. They look almost like deconstructed rooms or pieces of furniture and often reference Basque culture or Basque artists such as Jorge Oteiza.

Another fine arts student of the Universidad del País Vasco is Abigail Lazkoz, who produces very distinctive, detailed drawings. Almost always painted in black and white, they have an almost cartoon or comic book look to them and often feature figures, small objects and trees. During her career, Lazkoz has exhibited her works all over the world, in cities such as Madrid, Barcelona, Rotterdam, New York, Budapest, Munich and Brasilia. Her work was also displayed at the Sala Rekalde in her native Bilbao.

Erlea Maneros Zabala was born in Bilbao, but went on to study fine arts at the Glasgow School of Art in Scotland, before completing her Masters at the California Institute of the Arts in Los Angeles. Her art looks at the way images are produced and the effects that they have. She also looks at authorship and the relationship between craft and manufacturing. Her works are mostly abstract and monochrome. Zabala’s work has been exhibited all over the world, as well as in two of the most famous art museums in Spain – the Reina Sofia Museum in Madrid and the Guggenheim in Bilbao.

Dario Urzay is a painter who studied fine arts at the Universidad del País Vasco. His works are complex and are created from the study of geography, biology, chemistry, computer programming and iconography. Either abstract or lifelike, they always showcase stunning colour combinations. Urzay lived for a while in London and New York before returning to Bilbao. His works have been exhibited in galleries all across Spain, including in famous museums such as the Reina Sofia, the ARTIUM in Vitoria Gasteiz and the Guggenheim in Bilbao. 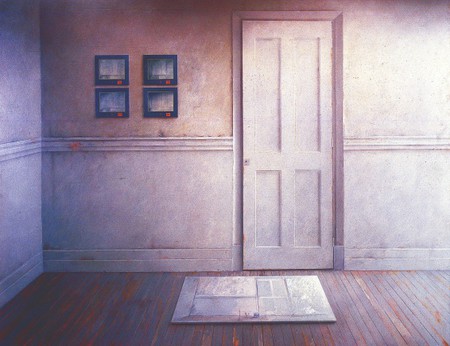 Javier Pérez is a contemporary artist who creates striking and shocking installations, which combine sculpture, photography, drawing and video. His pieces are often interactive and metaphorical. Many works use a vivid red wine colour, made from organic materials such as latex and chrysalis. Pérez studied fine Arts at The Universidad del País Vasco and at the École Nationale Supérieure des Beaux-Arts in Paris. He had his first individual exhibition at the Galerie Chantal Crousel, Paris in 1996 and a year later at the Musée d’Art Moderne et Contemporain in Strasbourg. Since then, his work has been exhibited all over Europe, including at the Fine Arts Museum in Bilbao and the Pompidou Centre in Paris.

Sculpture by Bilbao artist Javier_Pérez | Wikimedia Commons
Give us feedback