5 Films That Tell You About the Spanish Civil War 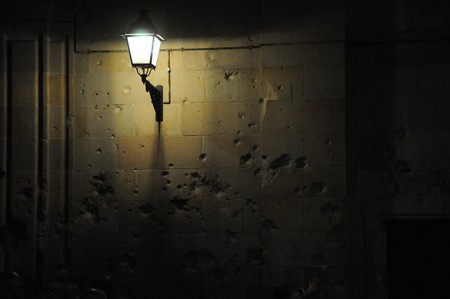 The Spanish Civil War remains a deeply sensitive, difficult issue for many in the country today. A strongly divisive topic, addressing the civil war has been no easy task for Spanish cinematography. These are some of the films which best capture the political, social and emotional upheavals of the wartime period.

Set in Barcelona at the outbreak of the civil war, this film by Spanish director Vicente Aranda follows the story of a former nun, Maria, as she joins the local feminist militia and takes up arms against Franco’s forces. Under the guidance of her anarchist-feminist mentor, Pilar, and the other women in the militia, she discovers new meaning to what it is to be a woman. Exposing the inequalities women faced during the war – when many women were active members of the armed militias – the film pays tribute to those who found themselves fighting a battle on two fronts.

This moving coming-of-age tale follows the story of Moncho, a young boy from rural Galicia whose otherwise peaceful childhood is troubled by the looming threat of the Spanish civil war. At school he strikes up a friendship with his teacher, Don Gregorio, who opens his eyes to the many facets of life. However, as political tensions grow and the war becomes inevitable, fear and brutality interrupt the boy’s life as both his father and teacher become the targets of threats and violence.

Directed by Ken Loach, Land And Freedom follows the story of a young British communist who embarks on a journey to fight against fascism when war breaks out in Spain. Through chance he signs up to an international anarchist militia known as the POUM (Partido Obrero de Unificación Marxista) and is sent to the front in rural Spain. Wounded, he returns to Barcelona, where he witnesses the horrors of internal fighting between anarchists, communists and other seemingly allied forces. The film manages to convey the intense feelings of passion, commitment and, ultimately, sorrow of those who believed they were fighting to overcome the forces of evil.

Carmela and her husband Paulino are a duo of entertainers touring Spain during the civil war, along with their mute sidekick Gustavete. When they inadvertently wander into hostile land, their lives are put in danger as they fall prisoner to a fascist Italian general. Fortunately, he has a soft spot for the theatre, and offers to release them if Carmela is willing to put on a special performance for his men.

This Soldiers of Salamis tells the dual stories of a reporter who has lost her passion for the job and the Falangist writer Rafael Sánchez Mazas whose story she is commissioned to tell. As she unravels the mystery surrounding his escape from the firing squad, she discovers that in order to complete her mission she is going to have to dig deep to reignite her passion for writing. As she embarks on her personal journey, she finds that the past still has a hold on the present.

This Spanish-American-Argentine co-production explores themes of love, friendship, betrayal and heroism through the intertwining stories of its characters lives in the Spanish Civil War. When a Spanish journalist, Robert, investigates a recently canonised priest (the real-life Josemaría Escrivá), he finds the latter has a close tie with his own dying father. As he attempts to mend this paternal relationship, he discovers his father’s connection to the priest is darker and more complex than he would ever have imagined.