9 Famous Barcelona Artists You Must Know 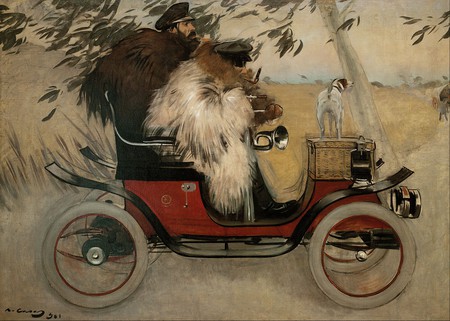 From early Classicism to 20th-century avant-garde to challenging contemporary art, there’s something for every art lover in Barcelona. To help you navigate it all, here is Culture Trip’s guide to some of the most important artists to emerge from the Catalan capital. 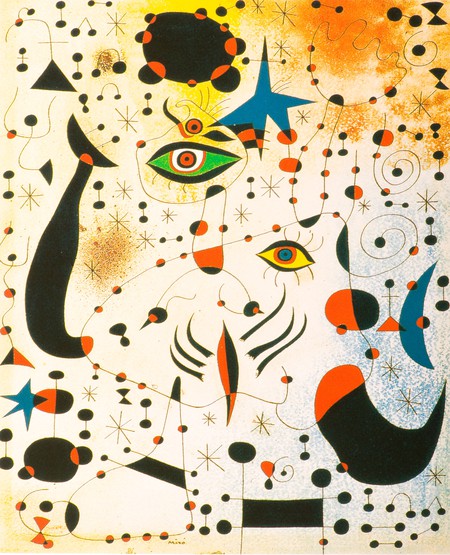 Barcelona’s most famous artistic son, Joan Miró was born in the city in 1893. A painter, ceramicist and sculptor, he is seen as a pioneer of Surrealism, one of the most important movements of the 20th century. Miró’s playful work is rich in primary colours. His pieces represent a tension between his unrestrained, fanciful imagination and the harsh reality, as he saw it, of modern life. Much of his work is on display at one museum, the Fundació Joan Miró, which sits on Montjuïc hill in the south of the city. You might also see some of his sculptures and mosaics as you wander around Barcelona – his strikingly colourful statue Dona i Ocell (1983) is located on the Plaça d’Espanya, while La Rambla is home to the magnificent mosaic Pla de l’Os (1976), located not far from where Miró was born.

Film fans might already recognise the work of painter and printmaker Agustí Puig. His bold, spontaneous paintings featured prominently in Woody Allen’s movie Vicky Cristina Barcelona, while the film’s central protagonist, Juan Antonio, was inspired by Puig himself. This brush with Hollywood might have brought Puig to the attention of the wider public, but he was already well known on the contemporary Spanish art scene. Born in Sabadell (a town just north of Barcelona) in 1957 and inspired by the likes of Miró and Pablo Picasso, Puig makes deceptively simple, unrestrained works that have been acclaimed and exhibited all over the world. They are also in permanent collections in galleries around Barcelona.

Àngels Ribé is considered one of the most important Catalan conceptual artists of the 1970s. Born in Barcelona in 1943, she was influenced by the ideologies of the late ’60s and the emergent art scenes of New York and Chicago. She and her peers revolutionised contemporary visual culture through their performative work, with Ribé making her own body central to her art. She explored her physical relation to time and space in key works such as Hide the Dolls, Here Come the Thieves (1977), which featured dozens of images of Ribé’s hands projected onto the gallery wall while a recording of her voice echoed around the space. With a strong international presence, Ribé lived in France and the US before returning to Spain in the 1980s. Her work can be seen at the Barcelona Museum of Contemporary Art (MACBA). 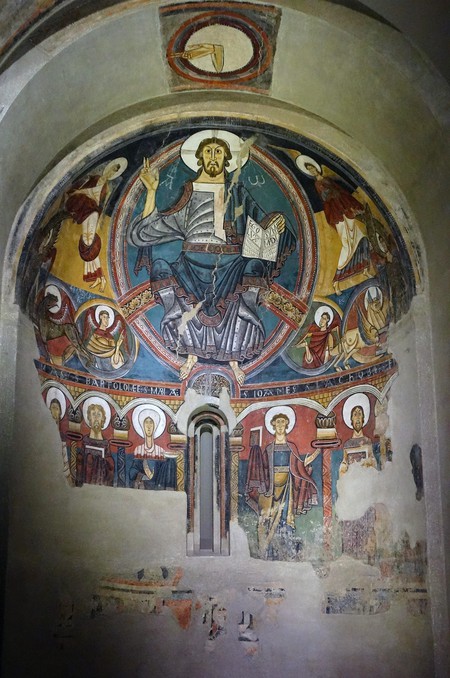 While many people associate Barcelona with Modern art, the city is also home to the largest existing collection of Romanesque art in the world. Very little is known about the Master of Taüll, the name given to the mural painter who worked in Catalonia in the early 12th century. His seminal work is the Apse of Sant Climent de Taüll, considered one of the masterpieces of the European Romanesque. Notable for its vivid colours and figures that are painted with great realism and style, the piece fascinated 20th-century avant-garde artists such as Pablo Picasso. The exquisite fresco can be seen in the Museu Nacional d’Art de Catalunya (MNAC) alongside other artistic treasures of the period. 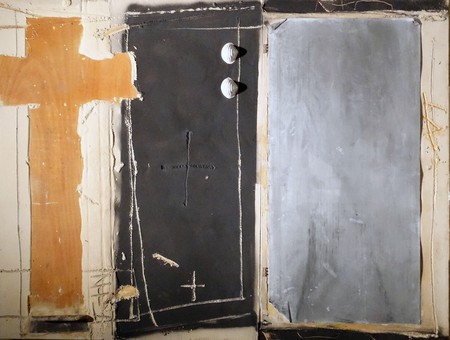 Born in Barcelona in 1923, Antoni Tàpies was a painter, sculptor and art theorist who became one of the most famous European artists of his generation. He was a founding member of the Spanish art movement Dau al Set, which was closely related to Surrealism and Dadaism. Best known for his textured mixed-media paintings, which incorporated marble dust, discarded objects and resin, Tàpies made art influenced by his experiences of the Spanish Civil War (1936-39). Later work also incorporated furniture and other larger objects. One of his most influential pieces, Rinzen (1993) – which means ‘sudden awakening’ in Japanese – features a hospital bed, believed to represent the war that was taking place in Bosnia at the time, as well as troubling memories from Tàpies’s childhood. It was installed in the entrance of the MACBA in 1998 and is still there today.

In recent years, Barcelona has developed into a world-leading centre for graffiti and street art. El Pez (meaning ‘the fish’ in Spanish) is an internationally acclaimed graffiti artist from the suburb of Sant Adriá who has been practising his trade on the streets of his hometown since 1999. His trademark grinning-fish figure was originally created to communicate positive, happy vibes to those who saw his work. Unlike many other street artists, Pez makes work that is not overtly political or critical; he simply seeks to convey his love of painting and creativity. His cheeky, uplifting creations spread quickly through Barcelona and Europe to the rest of the world, and his work can be seen as far afield as Miami, Tokyo and Bogotá. In 2010, Pez’s work hit a global audience after being featured in the Oscar-nominated Banksy film Exit Through the Gift Shop. 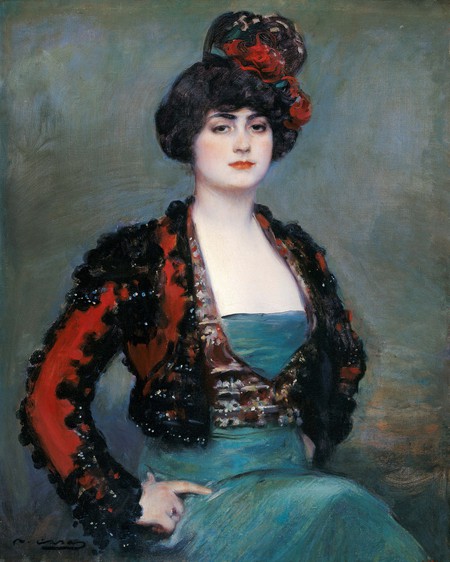 Born into a wealthy family in Barcelona in 1866, Ramón Casas lived through turbulent times in the Catalan capital to emerge as one of the most prominent artists of the Catalan Modernist movement. He trained in the arts from a young age, and by his early 20s his work was on show in both Paris – where he briefly lived – and Barcelona. As well as being a renowned portrait artist, Casas travelled extensively throughout Spain and Catalonia, painting the social, economic and political changes that he witnessed. He also gained popular fame through his work as a commercial billboard artist for Codorniu Cava and Anís del Mono liqueur, among others. Casas was a founding patron of El Quatre Gats, a bar modelled on the Parisian Le Chat Noir. Casas’s oil painting Ramón Casas and Pere Romeu on a Tandem (1897) was designed specifically for the bar and can today be seen at the MNAC. 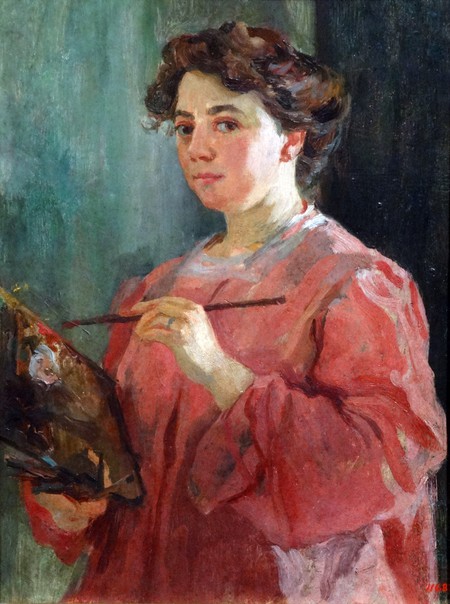 A contemporary of Picasso and Casas, Lluïsa Vidal is the only professional female painter of Catalan Modernism. She was also one of the few women of her era who went abroad to receive art lessons, studying in Paris in 1901. Despite great artistic talent, Vidal, who was born in Barcelona in 1876, struggled to make a name for herself at a time when it was unthinkable for a woman to have a profession. She returned to Barcelona in 1902, joined the feminist movement and dedicated herself to portraiture, almost exclusively painting women. After her death, Vidal lapsed into obscurity. The quality of her work was recognised by unscrupulous dealers who changed the signatures on some of her best paintings for those of more valued artists in the market. In recent years, however, art historians have carried out extensive studies of her life and work, and tribute is once again being paid to this important personality in Catalan Modernism. Some of her work can be seen in the MNAC. 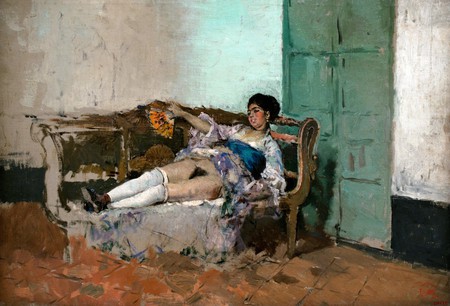 Marià Fortuny lived a short and eventful life, during which he became one of the most famous painters of his era. Born in Reus in 1838, Fortuny moved to Barcelona when he was 14 years old. Thanks to his talents, he studied at the Academy of Fine Arts and was tutored by some of the greatest artists in the city. He won a scholarship to train in Rome and in 1860 was commissioned by the Barcelona government to cover the Hispano-Moroccan War as a painter, producing his most famous work, The Battle of Tetuan (1862-64). Fortuny was an extremely versatile artist, working across oil painting, watercolour and etching, both mastering and advancing techniques and achieving new results. The Spanish Wedding (1870), nowadays on display at the MNAC, is typical of Fortuny’s work. When the painting went on sale in 1870 in Paris, it sold for 70,000 francs, making it one of the most expensive artworks ever sold.