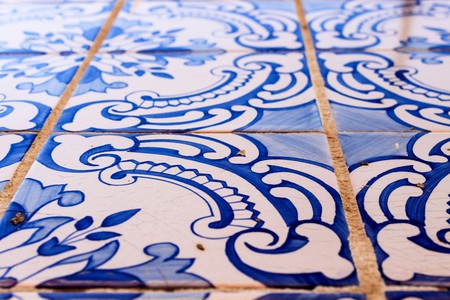 From confectionery to the space suit, these are some of the most surprising inventions to have come out of Spain since the beginning of time.

Though the first man stepped on the moon in 1969, in the 1930s astronomers and physicists were already planning for the voyage to outer space. Emilio Herrera Linares, a Spanish military colonel, is credited with being the first to design a pressurised suit which was used in a high-altitude balloon flight in 1936.

While the mop isn’t the most glamorous of inventions, it certainly is one of the most useful. People had been using rags to wash floors since the 15th century but it was in the 1960s that the engineer Manuel Jalón Corominas had the idea to create a purpose-built mop with a bucket to ring the water out in.

These ornate tiles were in fact created by the Moors who lived across the Iberian peninsula for much of the Middle-Ages. The city of Seville in particular was the main centre of tile production during this era and by the 13th century the tiles were being used in palaces and lavish houses across the country. 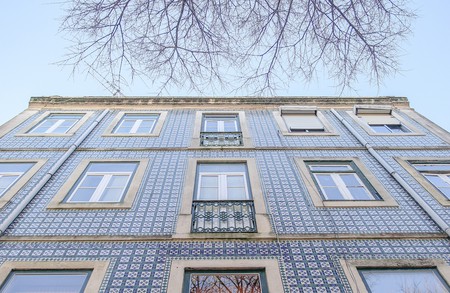 The Mayans are credited with being the first to use ground cocoa beans to prepare a drink made with water and chilli powder as far back as in the 5th century AD. When the Spanish invaded South America they discovered the beverage but found it too bitter for their taste, so decided to add sugar and serve the drink warm. It soon proved a hit across the rest of Europe and the world.

Named after Pope Gregory XIII who introduced it, the Gregorian calendar is in fact a reform of the Julian calendar which had been prevalent in Western Europe since the Roman era. The adjustments made to the calendar were designed, among others, by the Spanish mathematician Pedro Chacón who helped calculate adjustments such as the 0.002% correction to the length of a year.

A favourite drink of the British, sherry originates from Spain and in particular from the town of Jerez de la Frontera in Andalusia – hence its Spanish name Jerez. Wine has been made in this area since the time of the Romans and by the 16th century sherry was being exported globally, especially to South America and England. 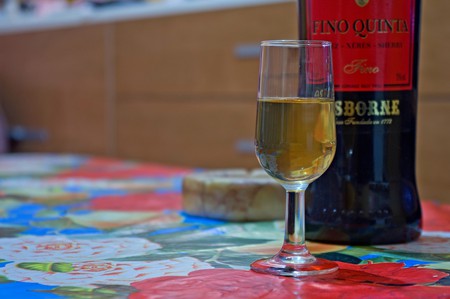 So this one is not awesome, in the positive sense of the word but influential none the less. If the name ‘Molotov cocktail’ was coined at the outbreak of the Second World War, the first use of the improvised explosive device is believed to have been during the Spanish civil war. General Franco ordered his troops to use the explosives against Soviet fighters who were backing the Republicans at the time.

This large cable-car transports visitors over the Niagara falls and is sometimes referred to as the Niagara Whirlpool. The machine was designed by Spanish engineer Leonardo Torres Quevedo and originally had an open roof over the cabin, which is able to carry 34 people at a time.

Perhaps the world’s most beloved brand of lollipops, Chupa-Chups was founded in the 1950s by the Spaniard Enric Bernat. When Bernat first voiced the idea of a lollipop he was turned down by investors but soon succeeded in setting up his first factory in Asturias and in the 1970s his company went global. 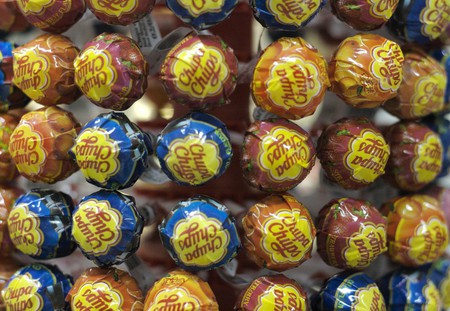 If the Dutch man Hans Lipperhey is usually credited for inventing the telescope in the 17th century, recent evidence suggests that an optometrist from Barcelona may have made the discover nearly 15 years earlier. In fact, there are traces of telescopes being mentioned from 1593 in the Catalan capital.

The modern rules of chess

The game of chess is likely to have derived from similar games which were played in India from the 6th century onwards, however the game wasn’t codified until much later. The discovery of a 15th century Catalan poem entitled Scachs d’Amor suggests that Valencia may well have been the birth place of modern chess rules.

The first stapler was produced for the French king Louis XV in the 18th century but it was actually made in the Basque Country. The royal stapler was hand-made and came with a set of staples bearing the royal emblem on them. 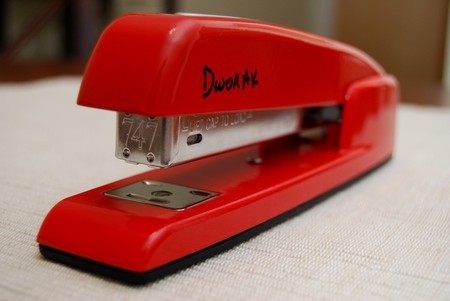 The gyroplane or autogyro is a type of flying aircraft resembling a small, open helicopter and was first invented by the Spaniard Juan de la Cierva in the 1920s. It was then used by the Spanish army for flying at low speed and the model was later picked up the British and the Americans.

The first wheelchair to be used in Europe was built for King Philip II of Spain in the 16th century. The king suffered from gout which restricted his movement and so ordered a special throne which could be moved around and included rests for both his legs and arms.

The earliest use of glass to improve sight is credited to the physician, engineer and poet Abbas ibn Firnas. A Muslim scholar of Berber descent, he lived in Andalusia in the 9th century and invented ‘reading stones’ to help those with poor sight. 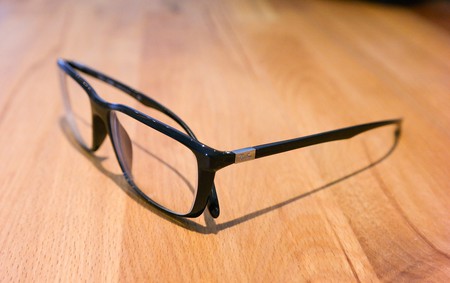 A pair of glasses CC0 Pixabay

A style of play in football characterised by short passing and movement, tiki-taka was born at the FC Barcelona football club under management of Johan Cruyff. The name is said to have been coined by a Spanish commentator watching the team play and is believed to mimic the sound of the ball passing rapidly between the players’ feet.

While the Mayans and the Aztecs had already discovered the properties of smoking tobacco, it was the Spanish who upon invading the territory began manufacturing the early forms of modern cigarettes. Again, not so awesome in the positive sense of the word.

If pencils have existed since at least the 16th century it wasn’t until 1945 that the Spanish-man Ignacio Urresti invented the pencil sharpener – before then people simply used knives. The first sharpener weighed about a kilo and a half and was approximately the size of a telephone. 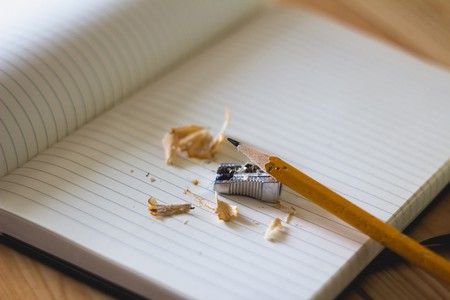 A slightly contentious claim but an important one nonetheless, Spain is credited with paving the way for official religious tolerance. Known as ‘La Convivencia’, between the 8th and the 15th century – prior to the massacre and expulsion of Jews across the country – Christian, Jewish and Muslim peoples cohabited peacefully on the Iberian peninsula.

The ethical groundwork for the principles of international law were first discussed by scholars at the University of Salamanca some two hundred years before the Enlightenment. One of their most important theories was that of the ‘Law of the Peoples’ and the idea that states – like people – should be governed by law, not force.

A political ideology which combines anarchist ideals and a reliance on trade unions to regulate the labour force, the first anarcho-syndicalist union was established in Barcelona in 1910. The Confederación Nacional del Trabajo or CNT is still active in Spain today. 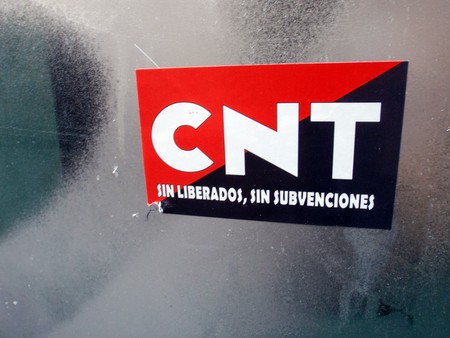 Another invention of the Moors in Andalusia, antiseptics were part of the protocol for surgery in Islamic Spain from as early as the 10th century. They were mostly made from herbs and other natural ingredients whose healing and preventative properties had been recognised.

The Ancient Greeks and Phoenicians dissected animals to observe their insides but it was the Moorish physician Avenzoar who first had the idea to use animals testing for medical purposes. He used animals to test surgeries before carrying them out on humans.

The beret is most often associated with the French – striped shirt and baguette under-arm – but in fact the Basques were the first to have designed this flat hat. The first berets were worn by shepherds from Aragon and Navarra who worked in the foothills of the Pyrenees. 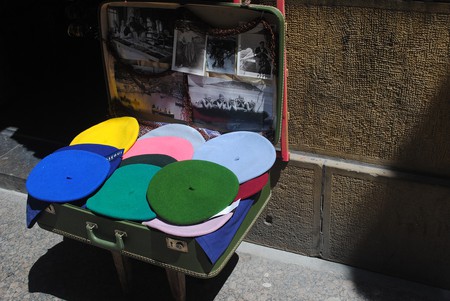 One of the largest high-street retailers in the world, Zara was founded by the Spanish entrepreneur Amancio Ortega – believed to be the second richest person in the world – and his wife Rosalia Mera. The first store opened in Galicia in 1975 before expanding internationally in the 1980s.