24 Hours in Barcelona: Where to Eat, Drink and Shop

Barcelona at night | © Jorge Franganillo / Flickr
Spending 24 hours in Barcelona, if well done, can give you a decent idea of why the Catalan city attracts millions of visitors each year. Here’s our guide to the best things to do and see when you’ve only got a day to spare in Barna.

The Gothic Quarter is the epicentre of Barcelona’s historic city centre and is replete with architectural wonders dating to as far back as the Roman era in some cases. The narrow streets which wind their way through the maze of stone walls, old wooden doors and secret terraces are also ideal for seeking shade from the afternoon sun.

Make sure to see the Gothic cathedral – whose façade is actually a neo-Gothic 19th-century addition – and pass by the cloisters to admire the water fountain and its 13 swans. Also, the remnants of what are believed to be one of the oldest synagogues in Europe can be found in the corner of the Gothic Quarter known as El Call, the ancient Jewish Quarter.

Around 5 pm, most of the independent shops will start to open again, so this is a perfect time to do some later afternoon shopping. The nearby El Born neighbourhood is home to numerous artisan workshops and designer boutiques where you will find clothes, shoes and accessories, many of which are made in Spain.

Many people consider the nightlife in Barcelona to be some of the best in Europe, and this is easy to see why regardless of whether you’re more interested in nightclubs and electronic music or live jazz and wine bars. For a younger scene, head to the Carrer Joaquin Costa in El Raval where you’ll find hipster bars serving (relatively) cheap beer and cocktails – Olimpic Bar and Betty Fords are two favourites. 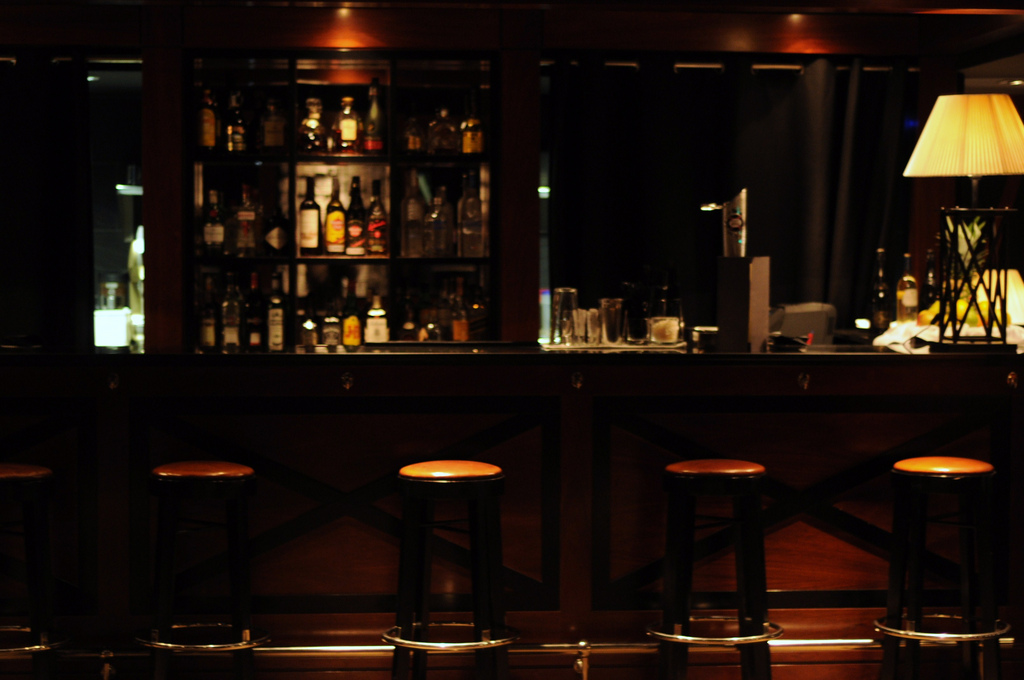 There are bars of all kinds in Barcelona | © l.blasco / Flickr

If you’re after something a little more sophisticated, Anima del Vi wine bar in the Gothic Quarter serves a fine selection of natural, organic and unique wines, mainly from Spain and France. The Bar del Pla is a lively tapas bar serving modern food inspired by authentic Catalan cuisine.

Start the day with a stroll to Parlament Street in the neighbourhood of Sant Antoni; this is where the brunch scene in Barcelona took off and is today one of the trendiest places to grab breakfast. Credited with bringing brunch to the city, Federal Café still serves one of the best Bloody Mary’s for miles. If you’re in the mood for something a little more spirited, order a vermouth at Pan i Trago for an altogether authentic experience.

Head back towards the city centre via the vibrant El Raval neighbourhood, a melting pot of cultures with an artistic vibe. Perhaps nowhere is this more visible than outside the MACBA – Barcelona’s contemporary art museum – which is both a cutting-edge artistic institution and a skateboarding mecca. The Kino bar on the square outside the museum is a popular hangout and a great place to soak up the atmosphere.

From there, hop on a bus and make your way to the jewel in Barcelona’s architectural crown: the Sagrada Família. If time is a concern, opt to see the outside of the building only; with its three spectacular façades, it still offers plenty to admire. Otherwise book your tickets ahead of time to skip the queues and enjoy the light show of the stained-glass windows from inside Antoni Gaudí’s world-famous masterpiece.

If you have time, walk back into town via the Passeig de Gracià where you’ll find two more Modernist marvels: the Casa Batlló and La Pedrera. This area is also Barcelona’s answer to the Champs-Elysées when it comes to shopping, home to the biggest designer labels and the unmissable Santa Eulalià – where Barcelona’s best-dressed citizens have shopped since 1843.

Finish your trip with a visit to the Boquería food market or the nearby St Catherine’s market to buy some edible souvenirs; a bottle of Cava or some slices of jamón Iberico are sure to leave a pleasant aftertaste of Barcelona.