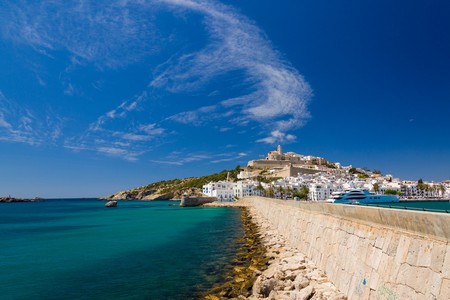 The buzz around Ibiza has certainly waned a little since its 90’s heyday – some blame the general decline of the rave scene, or ravers just growing up. But whether you do still like to party hard or prefer a more sedate experience, there’s still manifold reasons why the White Island is a must-visit location at least once in your life. We’ve managed to whittle the list down to 17.

It still has banging nightlife

Every summer hoards of up-for-it partiers still flock to the island to hit the dance floor in some of the biggest and most famous clubs in the world. From iconic haunts like Amnesia, Pacha, and Privilege to the already legendary Ushuaïa, the island still hands-down offers some of the best nightlife of any holiday destination. 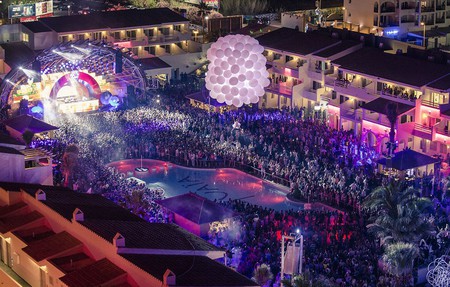 There’s no shortage of incredible beaches

From beautiful coves to long stretches of golden sands, it’s no secret that the island boasts some amazing beaches. Whether you fancy channeling your inner hippy with a waterfront bongo session or just want a quiet piece of beach to recharge after a night a-raving, you’re guaranteed to find the perfect spot. 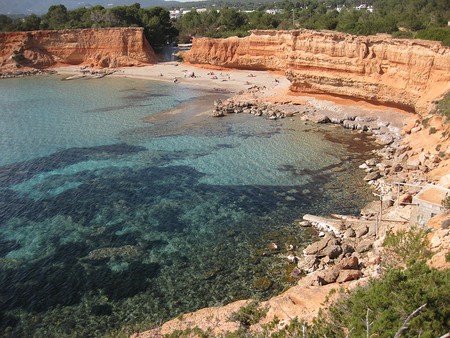 You can easily nip over to Formentera

And if Ibiza’s beaches aren’t enough for you, a quick half-hour ferry ride and you can pop over to the gorgeous island of Formentera. The isle’s super-chilled atmosphere and natural beauty is the perfect place to hang when you need a break from the hard partying of Ibiza. 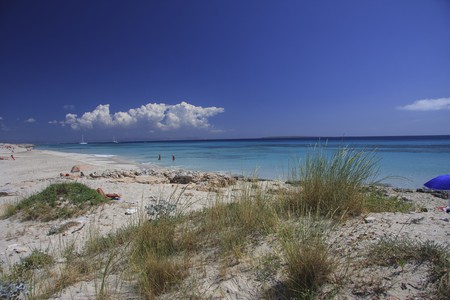 Offering not only a great choice of markets, but also numerous fashion boutiques and thrift stores, Ibiza is a great place to shop. If high-end Boho-chic is your thing you’ll certainly be spoilt for choice, or if you prefer rummaging around flea markets for a bargain there’s also plenty to tickle your shopping fancy.

You can scuba dive with dolphins

As well as there being plenty of diving spots around the island, for an extra special experience divers can head to the Cala D’Hort Marine Nature Reserve, and with a little bit of luck there’s every chance of bumping into a school of dolphins, or even a whale.

It might come as a surprise to some that the island is actually very family friendly. Besides the obvious beaches offering calm kid-friendly waters, a range of boredom-busting options are available from waterparks and boat trips, to mini-clubs and jeep safaris.

As well as plenty of homegrown talent, Ibiza has long drawn a steady stream of artists of all inclinations – and this has resulted in a very active art scene on the island. As well as some excellent contemporary art galleries, plenty of artistic events take place each year around the island. 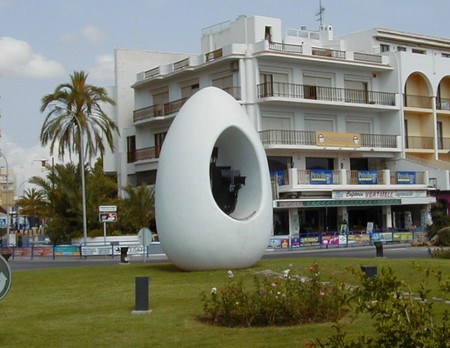 Stay in some seriously sexy accommodation

With everything from rustic-luxe retreats and charming boutique properties to mega-suites overlooking the latest superclub, there are some incredible places to stay on the island. Groups who really want to splurge also have a selection of villas to choose from, some of which take luxury rentals to new heights. 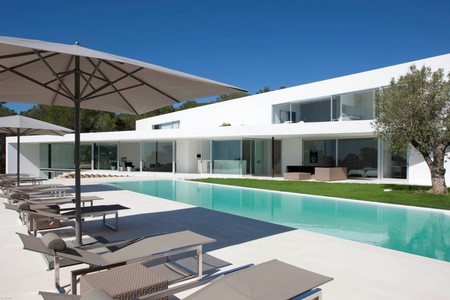 Whether you’re looking for a romantic dining spot, fancy some freshly-fished seafood, or are just after a meat-free meal, then Ibiza has enough to satisfy every taste. Diners who really want to blow the budget can book a table at Sublimotion – dubbed ‘The most expensive restaurant in the world’ where dinner is prepared by five different chefs who have a total of eight Michelin stars between them.

Ibiza’s sunsets have long been legendary, offering the ideal chance to relax with a sundowner as the sky turns through a spectrum of red, orange, and pink. There are numerous spots – and plenty of bars – along the coast to get the best vantage point for this spectacular daily phenomenon, or even better why not enjoy it away from the crowds in a boat?

While the original hippies arrived on the island a long time ago, the island has since continued to attract a motley stream of drifters, wanderers, and bohemians. This has resulted in an unmistakably New Age vibe, even if it has become a little commercial in the form of the famous Hippy Market. 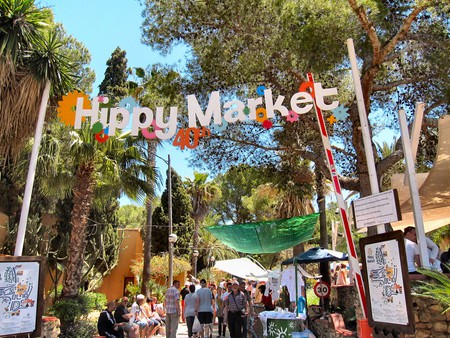 Dalt Vila, also known as Ibiza Town, is one of the Balearic’s most picturesque cities and a fabulous place to wander around. It’s home to an old port and historic city ramparts, which were built in the 16th century to keep out the Turks, while the fortified Upper Town (Alta Vila) is a leading example of Renaissance architecture and has been declared a UNESCO World Heritage Site.

You can get an all-over tan

With guaranteed summer sun, some of the world’s most beautiful beaches, and a very relaxed approach to nudism, Ibiza offers an excellent opportunity to finally get to work on that all-over tan. While you probably shouldn’t bare all on the more family-oriented bit of coastline, there’s no shortage of secluded spots where you are at liberty to expose your white bits to a little sunshine.

Find inner peace at a yoga or meditation retreat

Many of the clubbers of yesterday are the yoga bunnies of today, and the island now attracts the world’s finest instructors, offering retreats in the most beautiful surroundings. Where better to practise your Downward-Facing Dog and Bharadvaja’s Twists than on sandy beaches and in pine-scented forests? 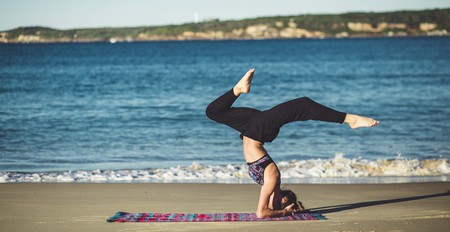 Well, one spectacular rock formation to be fair. Visit the area of Cala d’Hort and you’ll see the celebrated Es Vedrà rock formation thrusting dramatically out of the sea. It’s part of a protected nature reserve and measures around 400 meters in height, making for quite a sight.

With its typically crisp whites, immaculate cleans lines, and the constant throb of background beats, Ibiza pretty much invented the beach club as we know it today. So it stands to reason that the island can boast some of the best, from super-chilled chic to buzzing party vibe, there’s sure to be a beach club that suits your mood.

Enough low-cost carriers (such as RyanAir EasyJet and Vueling) provide connections to the island that you can guarantee a cheap flight – if you book at the right time. It doesn’t always pay to book really far in advance but remember bargain last-minute fares are a rarity nowadays. The general rule of thumb: Book early, but not too early for the cheap fare sweet spot.