16 Epic Places in Spain Every Spanish Person is Proud of

© Jose Ignacio Soto/Shutterstock
Time to ditch Barcelona, Marbella, Madrid and Seville to check out these unbelievable off-the-beaten-track destinations. From the dramatic Atlantic coastline to sleepy southern villages, these places are really worth going out of your way to see.

To the north of Barcelona, the Costa Brava offers idyllic views of sparkling Mediterranean waters and dramatic coastline. While other Spanish seaside areas have suffered from their own popularity in recent years, the Costa Brava has managed to preserve much of its old charm. Tucked away along the winding coast near Bégur, Sa Tuna is a small cove that harbours a tranquil stretch of beach and just a couple of restaurants. 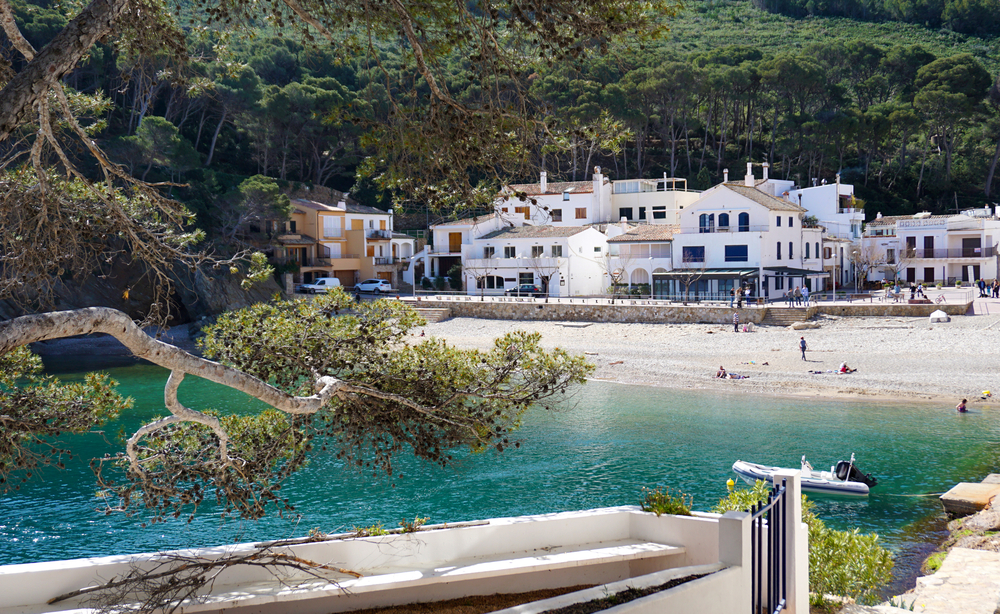 This picture-perfect fishing village sits in the province of Asturias, an area famous for its seafood, hearty bean stews and its dangerously delicious cider. Once upon a time, Cudillero was a thriving fishing port, but today, all that remains of the industry are the authentic fishing boats, which float out in its harbour. The buildings along the waterfront are painted in white and highlighted with touches of colour, making them really stand out against the cliffs. 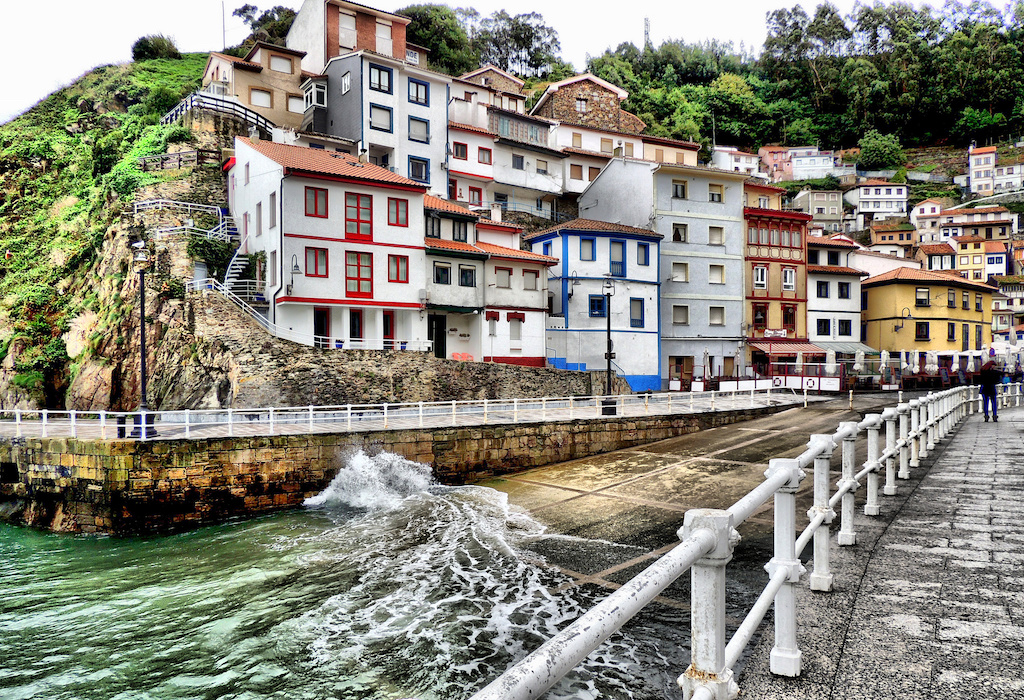 This charming fishermen’s village is located on the Cantabrian coast – famed for its salty black anchovies – and is nestled between the Atlantic Ocean and the peaks of the Picos de Europa mountains. The village was built on both sides of the estuary that bears its name and is connected via a 16th-century stone bridge, which dominates the view upon arrival. Inside the village, monuments dating to as far back as the 13th century have been beautifully preserved and earned San Vicente de la Barquera recognition as a National Site of Cultural Interest. 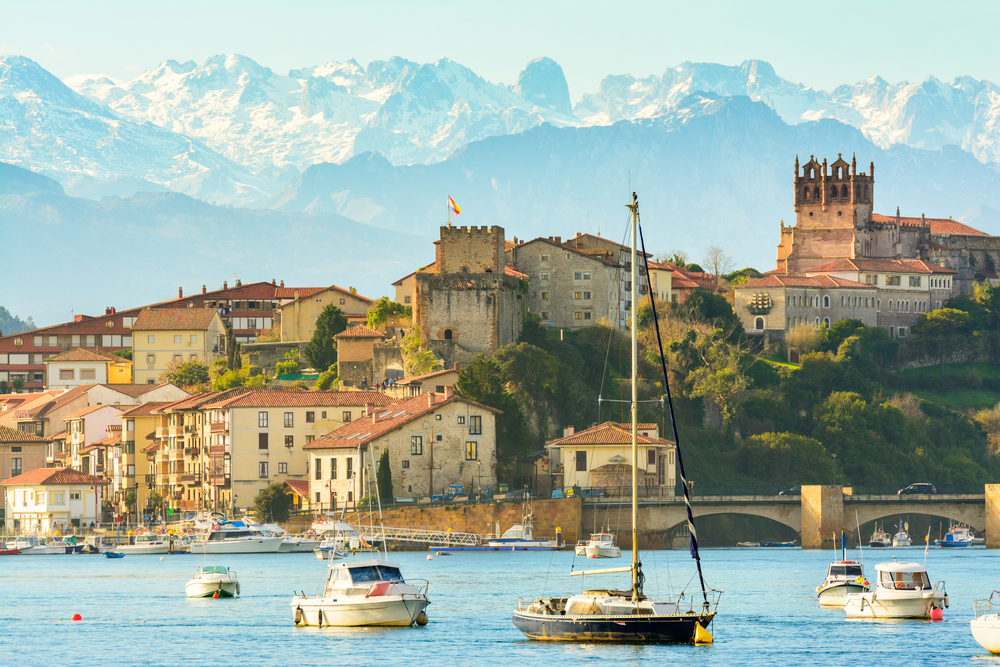 While Andalusia is famous for big cities like Seville, Malaga or Granada, only the more adventurous travellers know to visit the northern part of the region as well. Here you can find sleepy villages that have been preserved in time and tell of the area’s rich history. Cazalla de la Sierra is located in the Sierra Norte Natural Park and is home to a number of ancient monuments that give the village its charm: the 14th-century Mudéjar church of Nuestra Señora de Consolación and the 15th-century Convent of Saint Francis are just two examples. 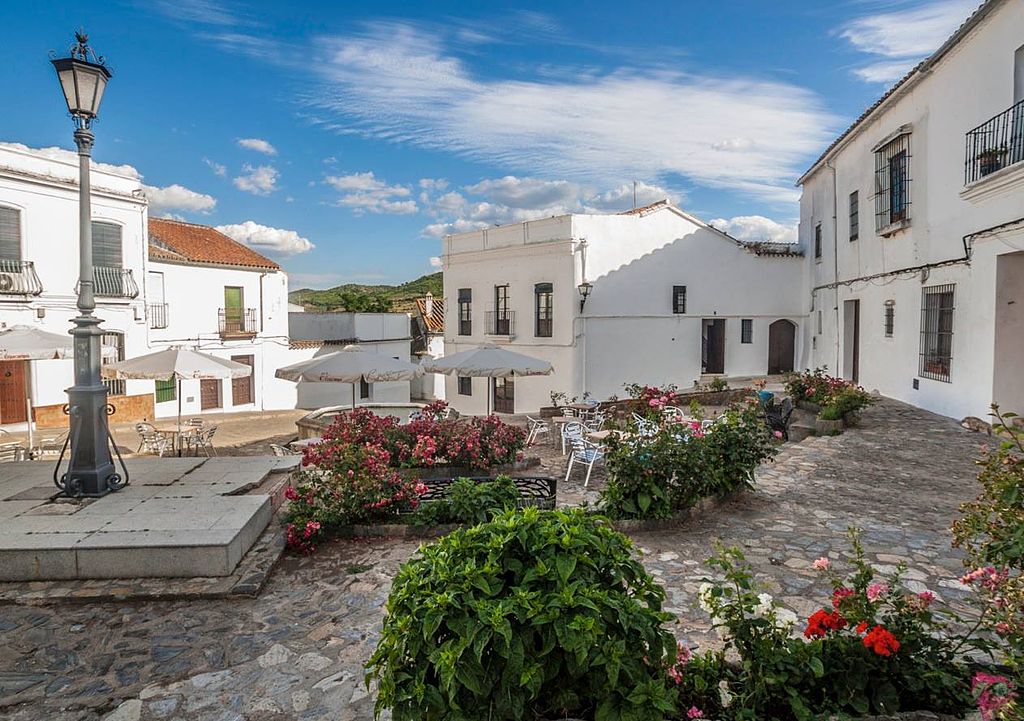 This small archipelago is located in the estuary of Vigo in Galicia and is one of the most well-preserved sites of natural beauty in Spain. The rich diversity of flora and fauna on the islands has been protected since the 1980s when the area was declared a nature reserve, and access to the islands has been controlled ever since. Camping is the only way to stay on Ciés Islands; to do so, you will need to get a permit in Vigo before arriving. 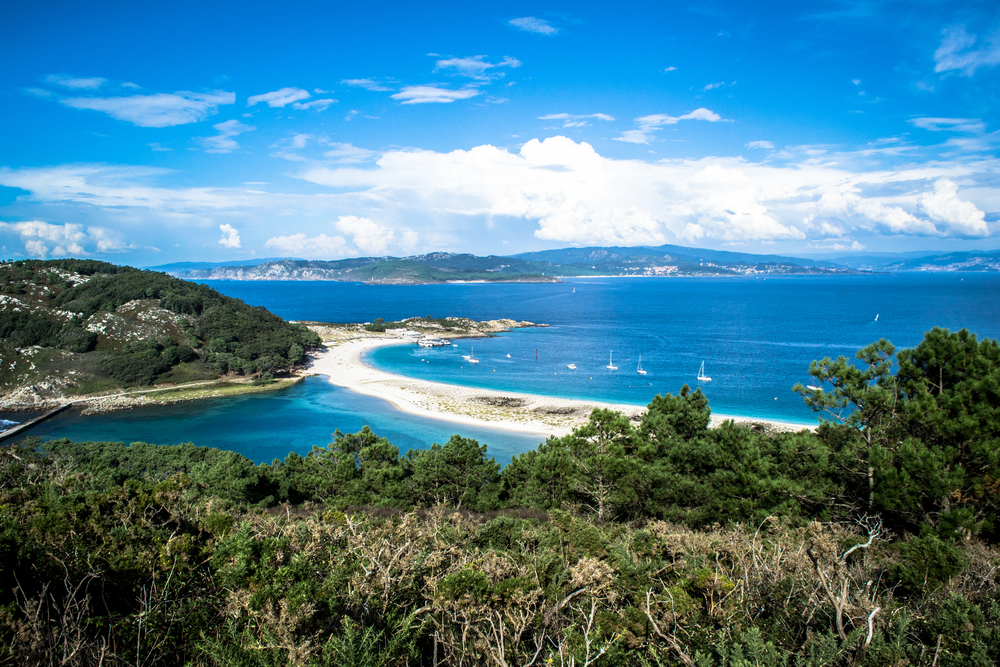 Located less than an hour out of Madrid, visitors often overlook the UNESCO World Heritage-listed city of Alcalá de Henares despite its rich history stretching back to the Roman Ages. First inhabited by the Romans, the Moors, who occupied it for nearly 300 years before losing it to the Catholic Kings, conquered it. It is also the birthplace of Spain’s most famous author, and father of the modern novel, Miguel de Cervantes. It’s worth noting that the University of Alcalá, founded in 1293, was later moved to Madrid where it became the prestigious Universidad Complutense.

If Menorca is a popular holiday destination owing to its dreamy azure waters and white sand beaches, the small town of Binisafúller seems to have escaped the tourist track. A remote seaside village, there’s little there in terms of nightlife or restaurants, but if you’re looking for deserted beaches and the sound of waves splashing at your feet, then Binisafúller is a dream come true. 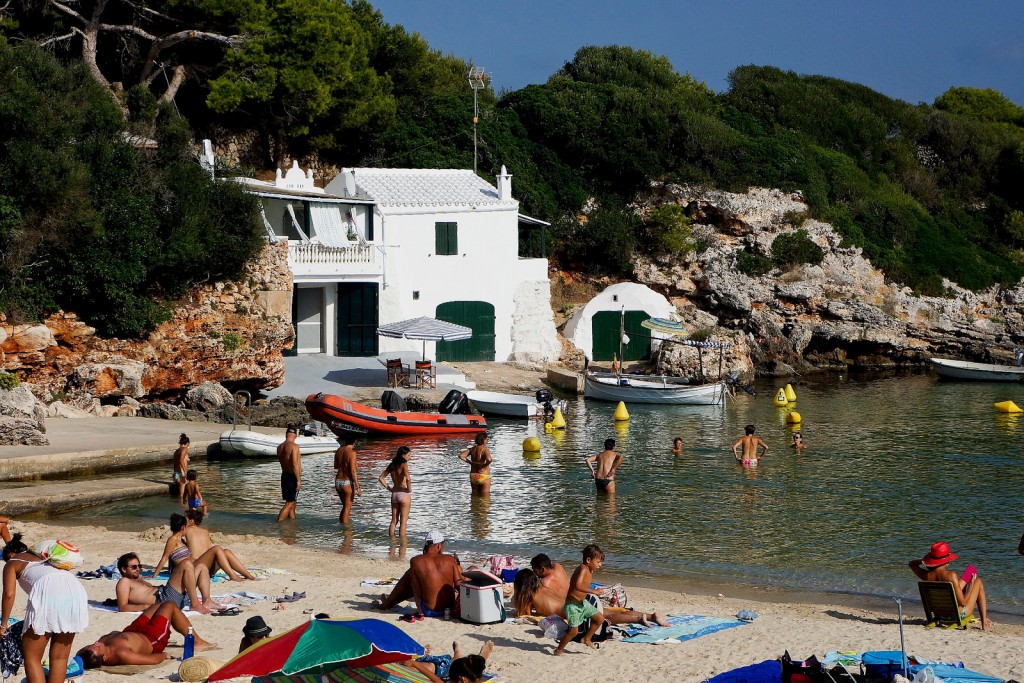 Undoubtedly one of the most curious sights you will find in Spain, the Salinas de Torrevieja are man-made salt lakes which, owing to the presence of a particular organism in the water, are a vivid shade of pink. The high levels of salinity of the water mean that few plants or animals can survive on the lake’s shores; however, they do have one family of colour-coordinated residents: pink flamingos. Wander the shores of the lake and explore the nearby Natural Park of La Mata and Torrevieja for a glimpse of some most unusual Spanish wilderness. 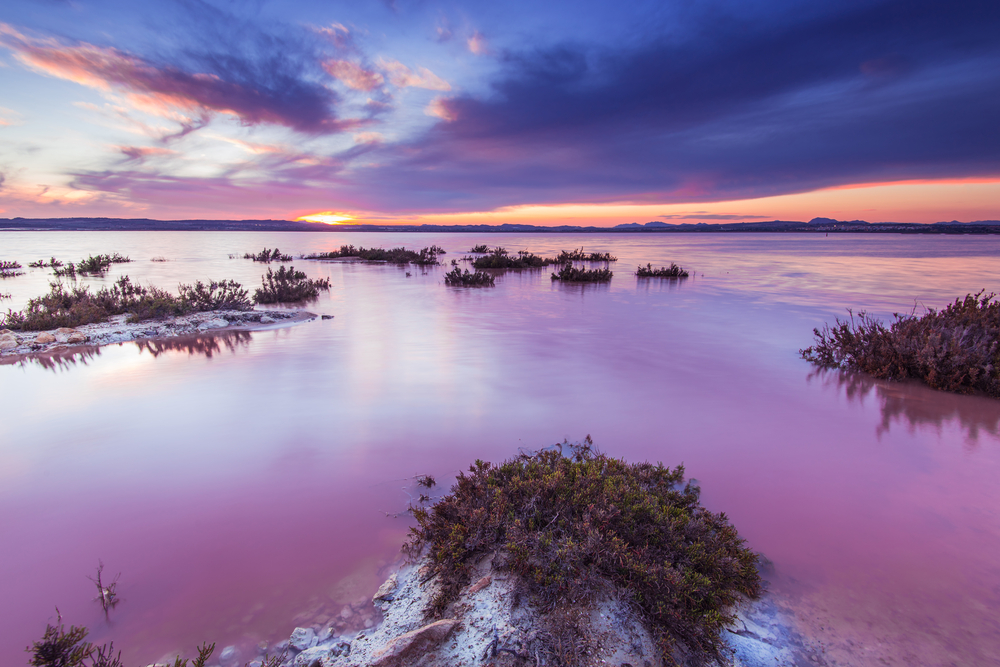 Officially called the beach of Augas Santas, this remarkable stretch of coast earned the nickname Praia as Catedrais or ‘Beach of the Cathedrals’, owing to the incredible rock formations that have appeared as a result of water erosion. When the tide is low, the cliffs reveal magnificent stone archways that have been carved into the rock by the water, resembling the archways of a cathedral. 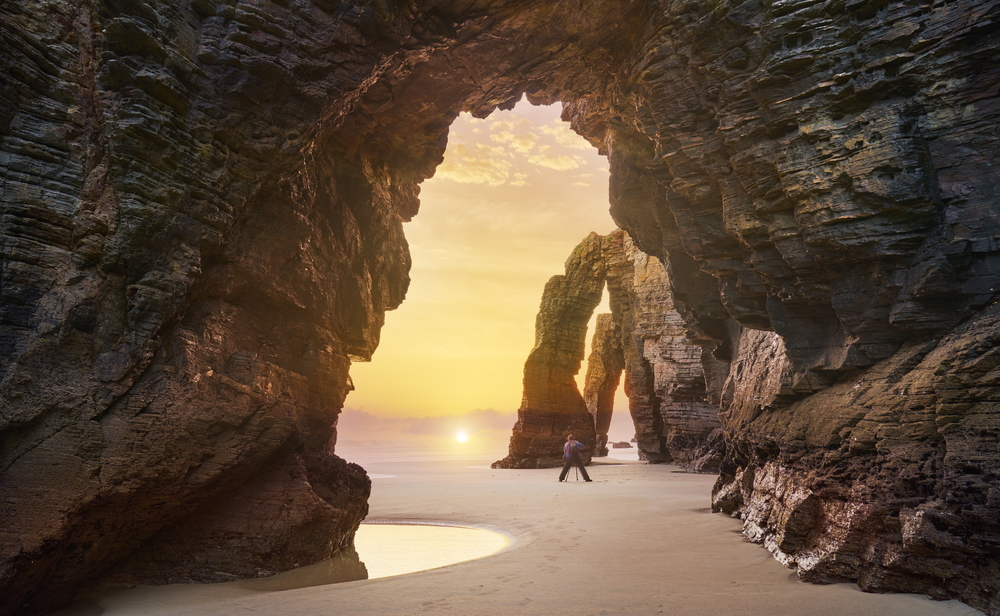 Considered one of the finest examples of Renaissance architecture in Spain, the towns of Ubeda and Baeza were declared World Heritage Sites by UNESCO in 2003. Throughout the Spanish Reconquista and the Renaissance period, the two towns were politically important as they sat on the border of two opposing territories: Granada and Castilla-La Mancha. Both towns are home to numerous churches, monasteries, palaces and other landmarks, of which the Palacio de las Cadenas and the Baeza Cathedral are particularly worth mentioning.

This tiny village, located between two notable wine-producing areas – Montsant and the prestigious Priorat – is one of the most stunning medieval sites in Catalonia. The village sits on the cliffs of the Prades Mountains and commands breathtaking views of the Embalse river that flows beneath it. 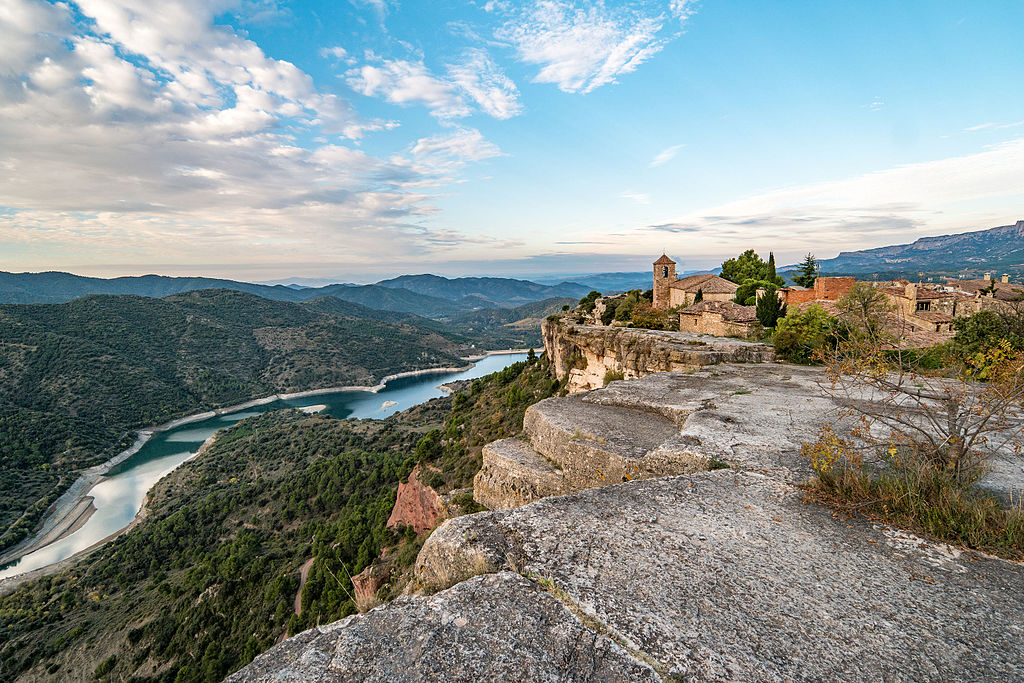 This tiny village located near Granada is remarkable for its architecture, which has retained its Berber character since the time the Moors occupied it in the 8th century. Nestled between the mountains of the southern Sierra Nevada, known as Las Alpujarras, the village appears to be frozen in time, and many of its residents survive thanks to artisan crafts and farming. 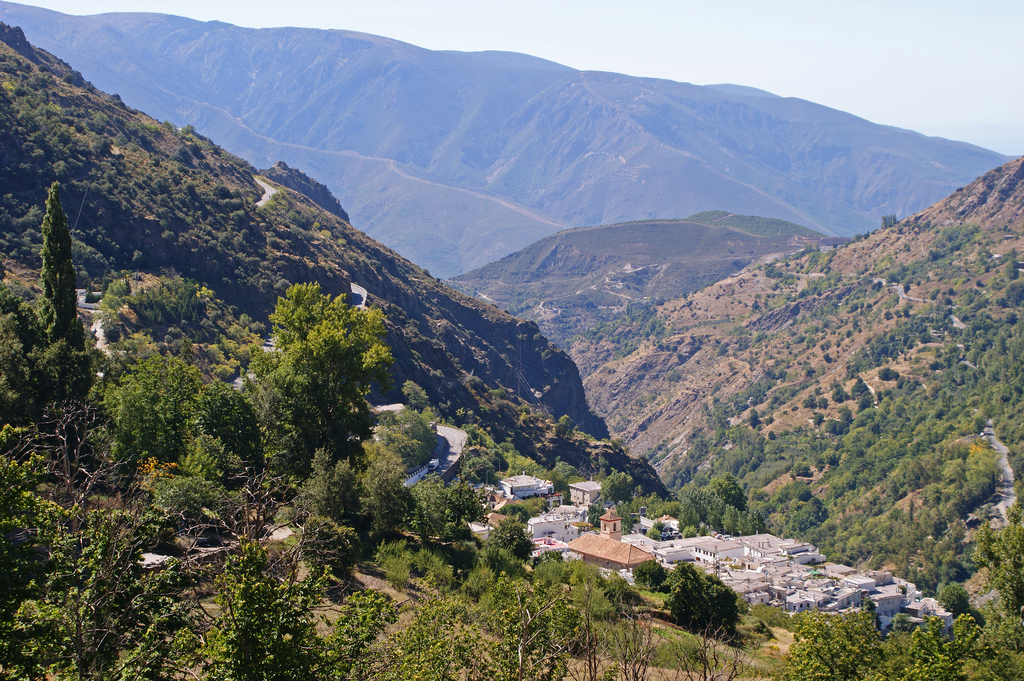 Architectural Landmark
Perched atop a sandstone ridge, Arcos de la Frontera is an Andalusian village whose outstanding architecture has earned it the reputation of being one of the most beautiful towns in Spain, and since 1962, it has been classified as an historic-artistic monument. The town commands exceptional panoramic views of the valley beneath it and the Guadalete river that runs through it.
More Info
Open In Google Maps
Arcos de la Frontera, Andalusia, 11630, Spain

Often overlooked by tourists, the province of Extremadura is nonetheless well worth visiting if you’re interested in seeing a different side of Spain. Located to the south of Extremadura, Zafra is a vibrant town that prides itself on its gastronomic culture and welcoming hospitality, earning it the nickname of ‘little Seville’. Wander round the walls of the old castle, now a luxury Parador hotel, before stopping for a drink on the Plaza Grande and soaking up the atmosphere. 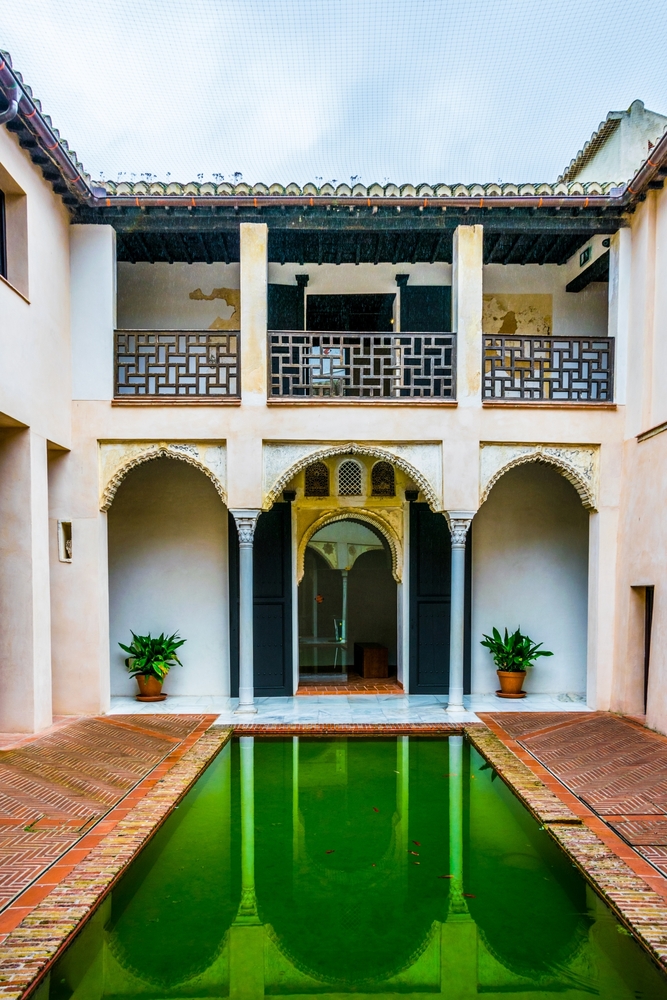 View of a courtyard of Casa de zafra | © Trabantos/Shutterstock

While you can expect to see entire villages painted white in Andalusia – a technique to deflect the heat of the sun – only in Júzcar can you expect to see them all painted in blue. This quaint village was given its curious colour back in 2011 as part of a promotional campaign for the release of the new Smurfs movie. However, when Sony offered to repaint the village white, the villagers decided they preferred to keep their new colour as it had made the village more popular. 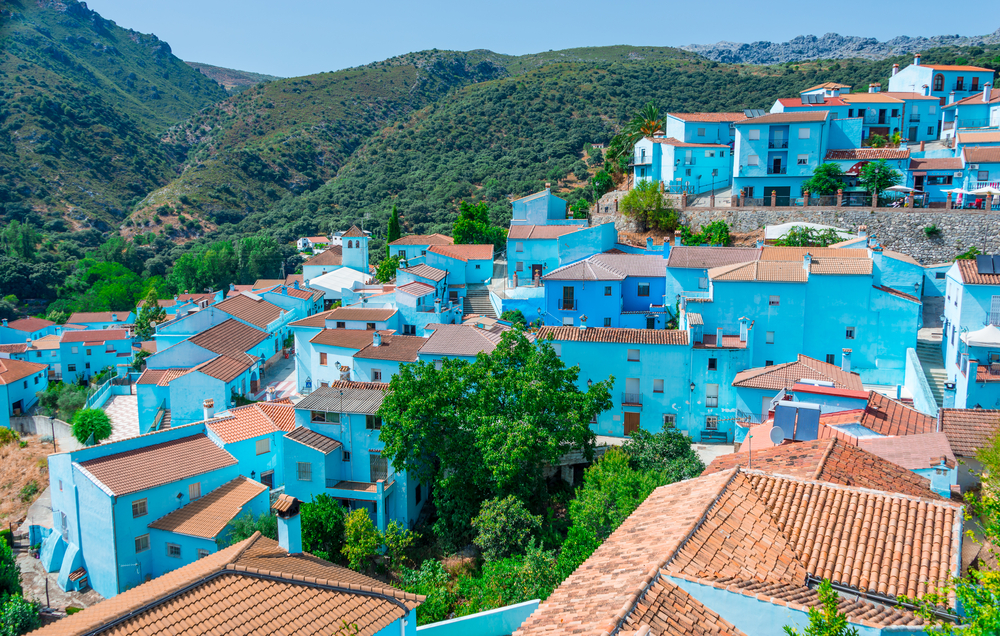 A small town in the province of Teruel, Albarracín was once the seat of the Hawwara Berber dynasty of the Banu Razin during the time of the Moorish invasion. The village was no doubt favoured for its privileged position overlooking the Guadalaviar river. Today, the legacy of these Moorish rulers is visible in the architecture of Albarracín, which is rich in Mudéjar art, such as the impressive Torre del Andador. 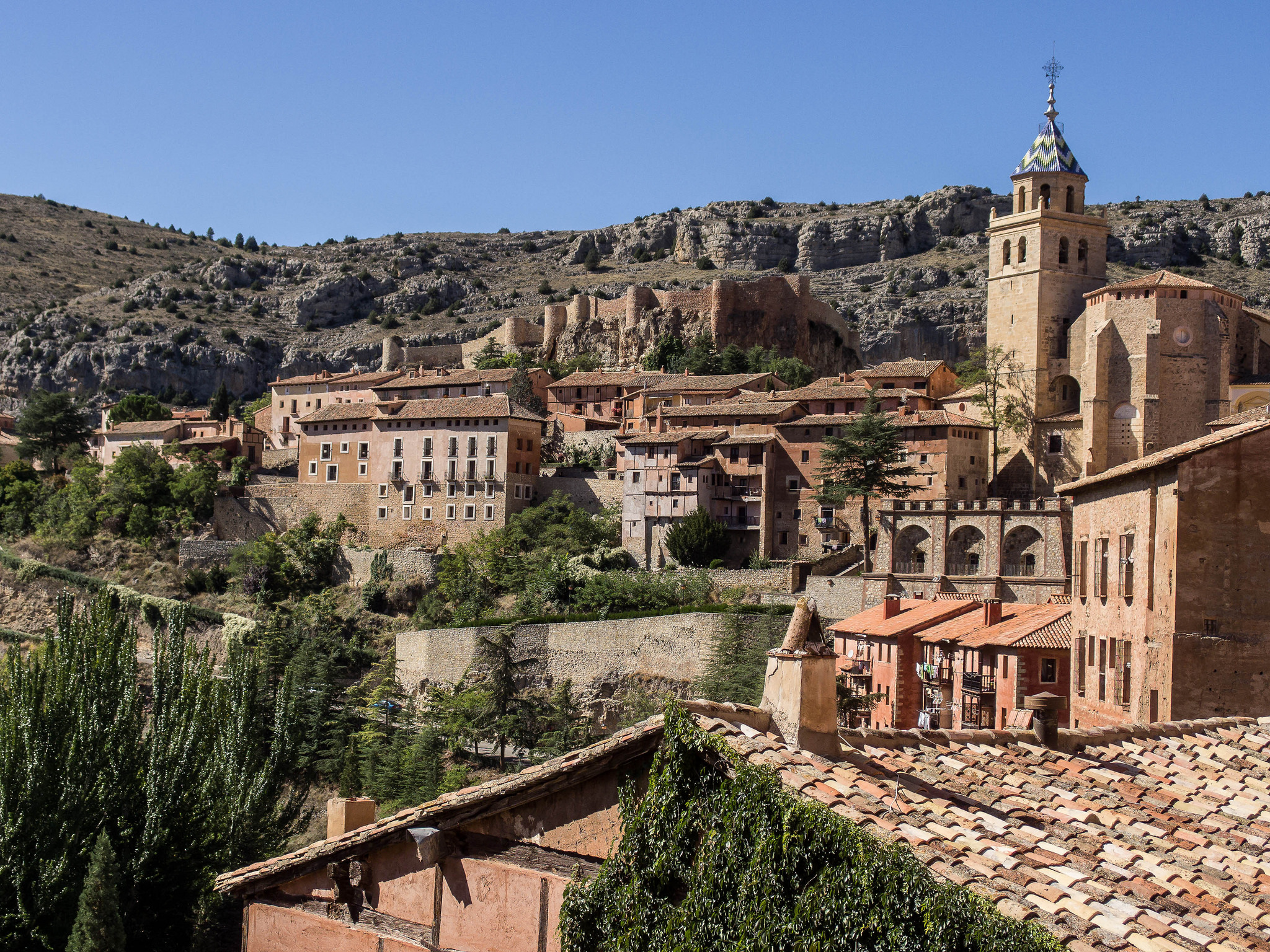