15 Spanish Foods the Rest of the World Fails to Understand 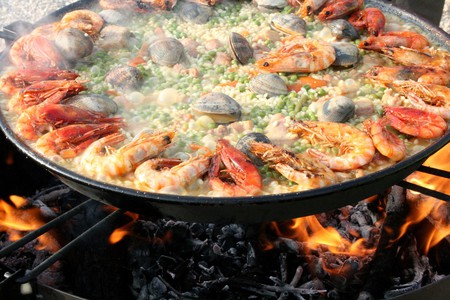 Spanish cuisine has made its way around the world thanks to tapas culture, but there are certain dishes that are still perplexing to foreigners. Whether commonly misunderstood famous dishes or more bizarre local favourites, we count down the Spanish food the rest of the world sometimes fails to understand.

Perhaps Spain’s most famous food, for foreigners paella is a dish that can be customised and fiddled around with, but not so for Spaniards. British chef Jamie Oliver discovered to his surprise just how passionate Spaniards are about getting paella right when he dared to add an ingredient that never, ever appears in an authentic Spanish version: chorizo. The act of adding this simple ingredient hit the headlines in Spain for its sheer audacity. Another common misconception about paella is that it’s an evening meal – most Spaniards eat it at lunchtime to give them time to digest the heavy dish. 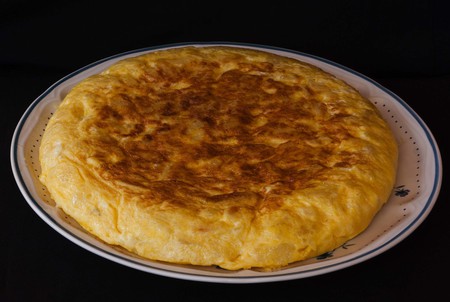 If you know your Spanish food, you probably know that a tortilla is a Spanish omelette consisting of eggs, potato and sometimes onion. But you could be forgiven for assuming a tortilla was a disc-shaped Mexican wrap… 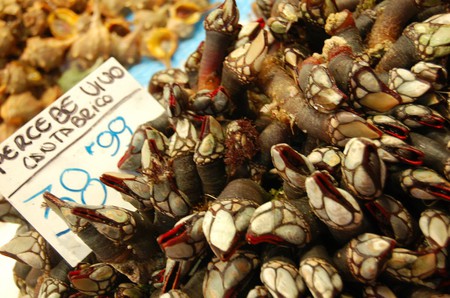 They might look like ancient dinosaur paws but percebes are a Spanish delicacy. The goose barnacles are prised off rocks on the northern Atlantic coastline by courageous divers, who risk their lives to collect the tiny crustaceans. The difficulty in collecting them makes percebes seriously expensive. They are eaten by sucking out the meat from inside. 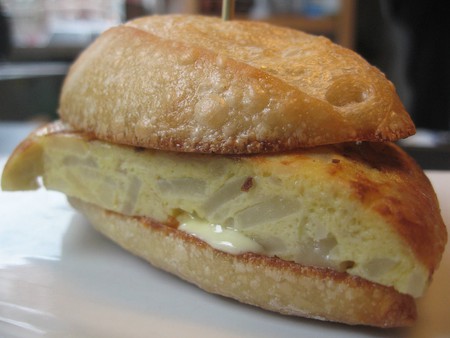 Carbs on carbs might not seem like such a wise decision, but a very common baguette filling in Spain is tortilla de patatas, or potato omelette. While it may sound a bit strange, it’s delicious and a good – if not the healthiest – veggie option. And you can always add a few slices of tomato to get one of your five-a-day. 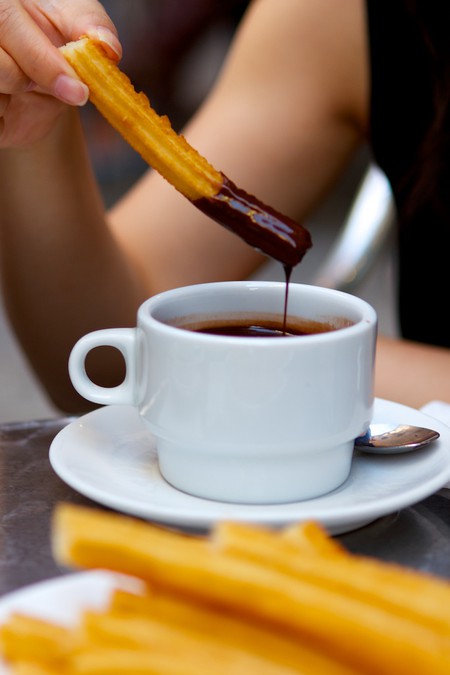 In other places they are sprinkled with cinnamon and doused in all kinds of extra flavourings, but in Spain, simplicity is key when it comes to churros. The deep-fried dough treats are served plain with a cup of thick hot chocolate for dipping.

Pigs ears are a delicacy, and are especially common in Madrid. Brave foodies might want to give them a try next time they visit the Spanish capital. 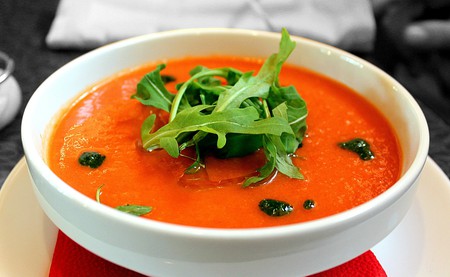 Cold tomato soup might take a bit of getting used to, but it is a great summer dish to cool you down on a roasting hot day. The dish originates in Andalusia, southern Spain and is made from tomatoes, cucumber, pepper and garlic.

Roast suckling pig is a speciality in some regions of Spain, as well as at Sobrino de Botin, the oldest restaurant in the world according to the Guinness Book of World Records. Even the most confirmed carnivore might get a bit of a shock when confronted with an entire little piglet on their plate. 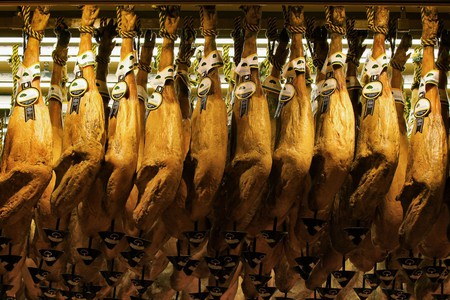 The rest of the world does not understand the reverence with which Spaniards treat their ham. Jamón Ibérico (cured Iberian ham) comes from black hoofed Iberian pigs that are fed exclusively on acorns. You can see ham legs hanging in lots of bars around Spain, and – believe it or not – a common Christmas bonus given out in companies is a whole ham leg. 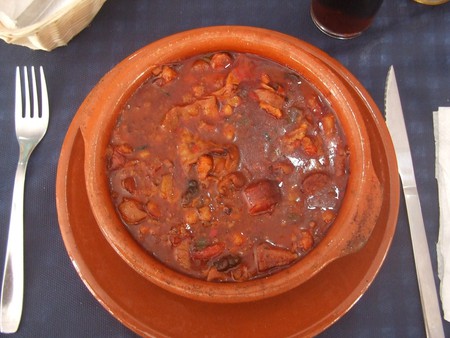 You might see this hearty meaty concoction on menus around the Spanish capital. It smells great and can look delicious but be warned – the main ingredient is callos, or tripe.

The bull is an enduring symbol of Spain and can be seen gracing many a souvenir, from tea towels to postcards, but bulls are also a favourite on Spanish menus: rabo de toro, or bulls tail, is a popular tapas dish. A more uncommon sight on menus, but a favourite in markets across Spain are criadillas, or bulls testicles – you might need a strong stomach to sample this delicacy. 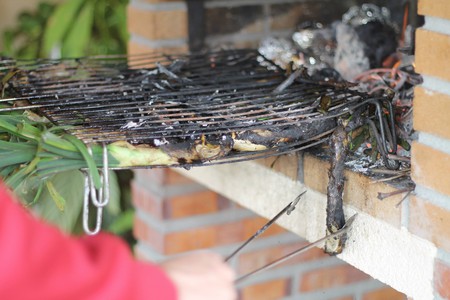 This popular vegetable isn’t weird, but the traditions around eating it are very exact. The spring onion-like vegetable is typically eaten at the calçotada, a party celebrating the vegetable’s harvest. They are grilled over an open fire, then the burned outer layer peeled off before being dipped into a romesco sauce. 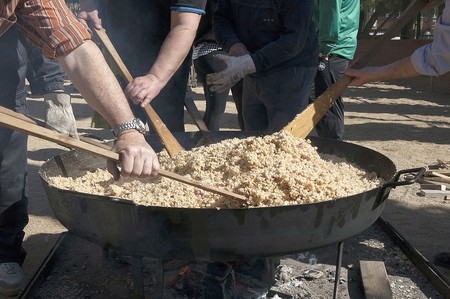 While breadcrumbs are an important ingredient in many dishes, it is perhaps only the Spanish who have elevated the humble breadcrumb into a dish of its own. Migas, or breadcrumbs in English, is a dish of stale breadcrumbs seasoned with olive oil, paprika and garlic. Trust us, it tastes better than it sounds. 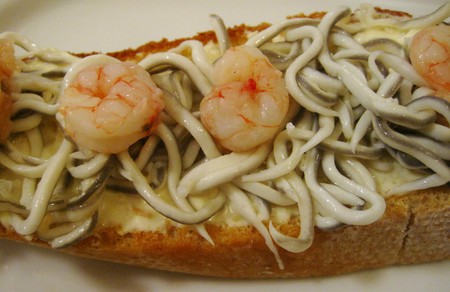 You might have seen these spaghetti-style wriggly worms in food markets and tapas bars across Spain. They are, in fact, baby eels that have been skinned and are a popular tapa served on a chunk of crusty bread. Nice.

One of the most bewildering Spanish habits for foreigners is Spaniards’ addition to sunflower seeds, or pipas. Spaniards seem to be born with the innate ability to eat sunflower seeds at rapid speed, separating the seed from the shell, which they discard, usually on the ground if they’re outside.