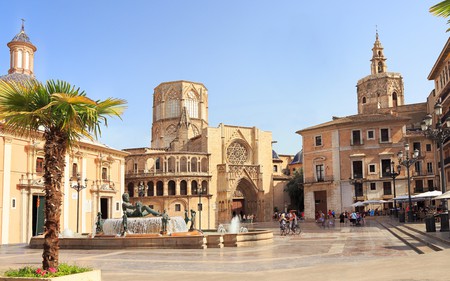 Valencia, Spain’s third largest city, has everything you could want from a holiday destination, all packed into one place, from wide sandy beaches such as Malvarrosa to the flamboyant rococo architecture of the Palace of the Marqués de Dos Aguas and the cobbled, maze-like Old Town.

You’ll find Valencia on a map about halfway up the east coast of Spain, which means you an expect to watch the sun rise over the Balearic Sea before you get started on discovering for yourself what makes Valencia such a special place.

You might not expect a city beach to be this vibrant, but Valencia is home to miles of golden sand, a short trip out of the city centre by public transport. The wide, clean blue-flag beach offers plenty of space to relax, plus there are plenty of other beaches to explore along the Valencian coastline. 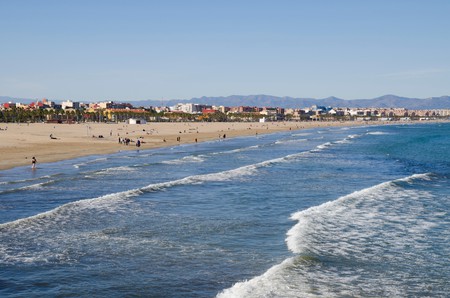 Though famous for its ultra-modern City of Arts and Sciences – a complex of buildings and spaces that might have come straight out of an Arthur C Clarke novel – Valencia is a treasure trove for lovers of both old and new architecture, and many of the buildings are finished with Valencia’s signature colourful ceramic tiles. There are the city’s Roman foundations and its Moorish history to explore, as well as a wide range of later architectural styles. Try the lavish Palace of the Marqués de Dos Aguas for voluptuous rococo; the Central Market and Casa Ortega for flourishes of art noveau; or Casa Judía for a bonkers multicoloured display of art deco panache. And that’s not even to mention Valencian gothic, the region’s distinctive style of gothic architecture – the wide turrets of the 14th-century Torres de Serranos are a great place to start. 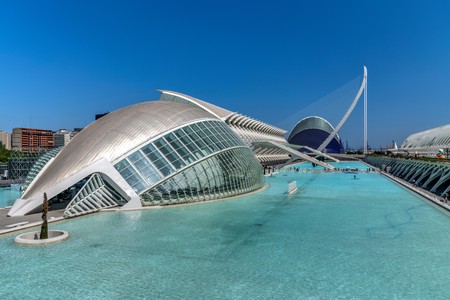 Valencia’s atmospheric Old Town is packed with street art, cafés and amazing architecture. Though home to many of Valencia’s most famous attractions, such as the Cathedral and La Lonja de la Seda, it’s also fun for exploring lesser-known sights. Wander the maze-like cobbled alleys and backstreets to escape the tourist trail (it’s completely safe to do so), and you’ll find pretty squares, tiny churches, street art and quirky cafés. 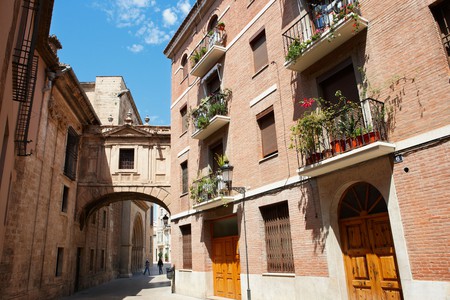 Valencia gets more than 300 days of sunshine a year and has a mild winter with little rain – basically the sunny Spanish holiday destination of our dreams. It’s impossible not to be in a good mood here, especially when sitting in the shade of palm trees under clear blue skies.

This has to be a reason to visit in itself. Valencia is the original home of Spain’s most famous dish, and you might be in for a surprise when you try real paella valenciana at one of the city’s many authentic paella restaurants. It’s not the heap of fluffy yellow rice found elsewhere, and Valencian chefs are strict about the ingredients – for one thing, there’s definitely no chorizo allowed.

When exploring the city’s old district you’ll probably stumble across some colourful wall murals, seemingly in striking contrast to the historic architecture and cobbled streets. Venture into northern El Carmen barrio, which has the most street art, and see giant colourful murals (often with political or social themes) adorning the walls of crumbling old buildings. 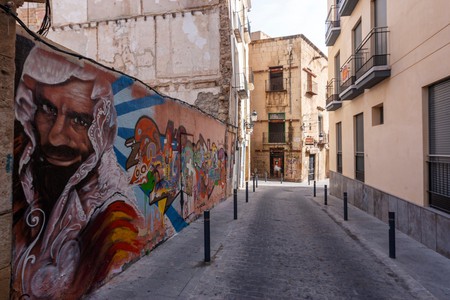 Many of Valencia’s visitors arrive in March for the main festival, Las Fallas, when the city is transformed into an outdoor art gallery, firework display and party zone for two weeks. But it’s not the only crazy festival in town, what with the month-long July Fair, the February Carnaval, the holy week of Semana Santa and plenty of music festivals. 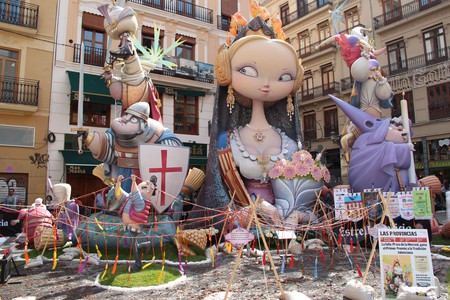 Valencianos will proudly tell you Valencia is not like the rest of Spain. As well as having its own language, the region has all kinds of proud traditions, including food, festivals and traditional dress that you won’t find elsewhere.

Lush Valencia’s most famous park is the former riverbed now known as the Turia Gardens, with playgrounds, picnic spots and bike paths. It’s just one of the many beautiful and tranquil parks in Valencia to enjoy. 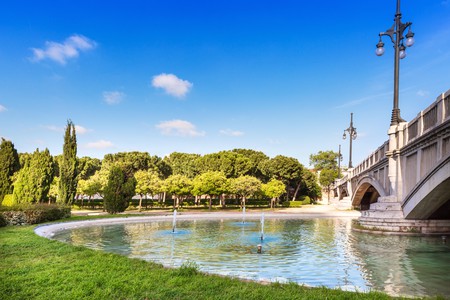 Valencia is the perfect city to explore on two wheels as it’s flat and has plenty of bike lanes, with more now being built. Bike all the way from Old Town to the port, or try one of the many other scenic routes around the city.

Valencia’s gothic cathedral is one of the city’s most famous architectural sights and is home to a chalice claimed by many to be the genuine Holy Grail. Visit the cathedral’s golden Chapel of the Holy Grail to see it and decide for yourself if it could be the real thing. 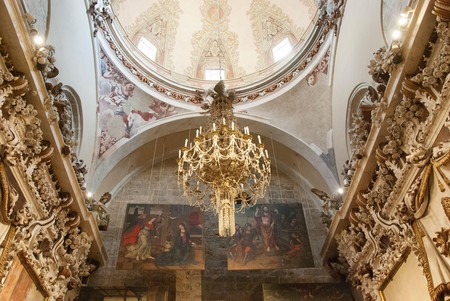 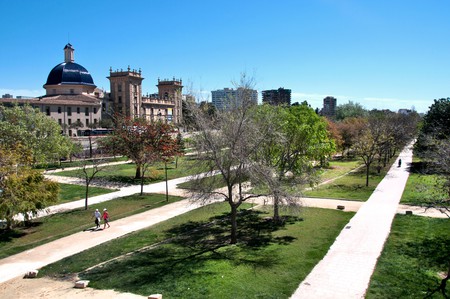 Valencia takes food seriously, and locals know that the best place to buy fresh produce is at the city’s many lively food markets. Most interesting of all is Central Market, the city’s grand palace of food in the heart of Old Town. Far from being a relic or tourist attraction, this bustling market is still an important part of local life and the longest-running food market in Europe. Plus, it’s a stunning piece of architecture, decorated with ceramic tiles and topped with a huge dome. 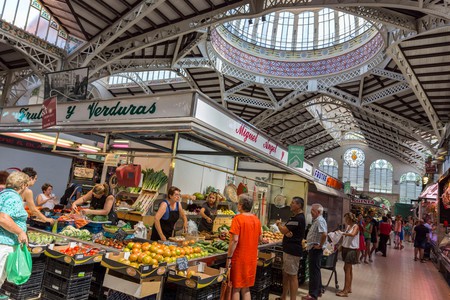 Valencia knows how to party with everything from old-school underground nightclubs to open-air terraces by the sea. There’s something for any taste if you want to party the night away.

The world-famous Benicassim Festival is held a short trip up the coast, and Valencia city centre puts on the smaller Festival De Les Artes at the City of Arts and Sciences with an indie-rock line-up featuring both local and international talent.