13 Vegetarian Spanish Dishes You Need in Your Life 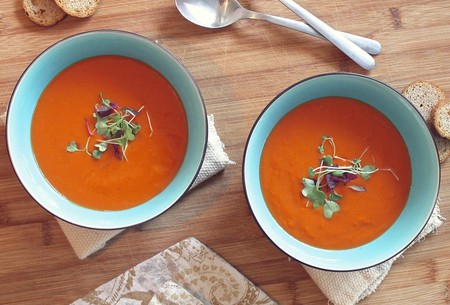 So you thought Spanish food was all about the cured ham and the chorizo? Think again. Some of the tastiest Spanish dishes are in fact meat free which is not surprising when you consider the abundance of sun-ripened seasonal produce that grows in the country. Here are some of the most mouth-watering vegetarian dishes from Spain you need to try now.

The paella is one of Spain’s most iconic dishes and while the seafood and meat varieties are perhaps the most well-known, a vegetarian paella is a real treat. Depending on the time of year, artichokes are a popular ingredient and so too are broad beans, peppers and mushrooms. As always the key is in the stock which must be full of flavour so as to give real intensity to the rice.

Simply put this is the Spanish version of the humble ‘chip’ but stands out for the combination of a creamy aioli and fiery tomato sauce which is essential to the dish. If a lousy version of patatas bravas comes swimming in something resembling a sad mixture of ketchup and mayonnaise, the real deal must be home-made, bursting with flavour and deliver a subtle to moderate kick. 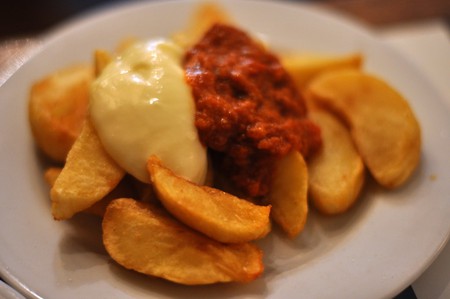 This dish gets its name from the way in which it’s prepared, namely the Catalan word escalvar which means ‘to cook in ash’. Whole vegetables such as aubergine, peppers and onions are cooked over embers in an open fire until the skin is burnt and the flesh tender. The vegetables are then peeled and served alongside meat or fish, or as a standalone dish with a generous drizzle of fruity olive oil.

Another dish hailing from Catalonia, pan con tomate is the unmissable accompaniment to any meal as far as Catalans are concerned. Thick slices of rustic bread known as pa de pagès are rubbed with tomato, drizzled with olive oil and finished off with a little salt. The question of rubbing the bread with garlic is a personal choice and a somewhat divisive matter depending on who you ask. 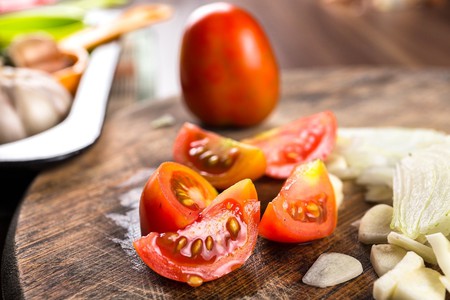 Don’t be fooled by the name: you’ll find no seafood in this dish, in fact they’re even vegan-friendly. The ‘calamari’ refers to the shape of these crispy battered rings of vegetable which resemble deep-fried squid rings. Usually made using onion, pepper and even courgette, the calamares del campo are as addictive as any deep-fried snack but with the added benefit of counting as one of your five a day (well, probably…).

This is one of those wonderful dishes which shows that the simplest of ingredients can yield the tastiest of dishes – when they’re well-prepared. The tortilla de patatas or so-called ‘Spanish omelette’ is made with thin slices of potato cooked in a thick egg omelette and ideally served still slightly unset in the middle. Purists allow nothing but these ingredients and a little olive oil and salt (some would say onion belongs in this list too) while variations include mixed vegetable. 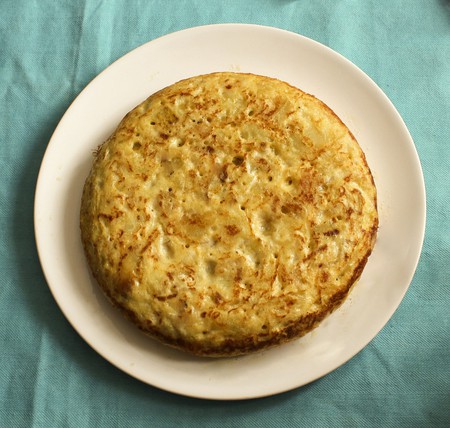 If the winter can sometimes be hit and miss for those who prefer to eat seasonal vegetables, calçots are the high-point of the cold season as far as many Spaniards are concerned. A type of allium akin to both a spring onion and a leek, calçots are char-grilled over open fires during large outdoor barbecues-cum-celebrations called calçotadas. The blackened skin is then pulled from the calçot to reveal a tender flesh which is dipped in a rich, nutty sauce called romesco and washed down with plenty of wine, preferably poured free-hand from a type of jug called a porrón.

This is the perfect dish for a hot summer’s day when the thought of a heavy meal is the last thing you fancy. A cold soup, gazpacho’s main ingredients are tomato, olive oil, vinegar and a little bread for texture, with peppers, onion and cucumber also generally featuring. The texture shouldn’t be entirely liquid, you should get a little crunch from some of the vegetables and a few crispy croutons are a welcome garnish. 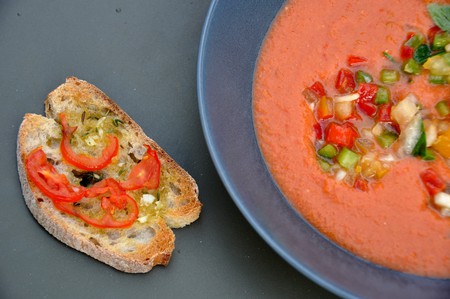 This dish is named after its two only ingredients: honey and mató cheese. A fresh cheese typically made in the northern province of Catalonia, mató is made from either goat or cow’s milk and is noticeably unsalted. Mel i mató is a traditional Catalan dessert which is mentioned in one of the earliest ever Spanish cookbooks, dating back to the fifteenth century.

Croquetas are absolutely terrible for your diet but work real wonders for your taste-buds. The common base to all croquetas is a rich béchamel sauce which is then breadcrumbed and deep-fried resulting in a crispy ball of gooey goodness. While jamón croquetas are traditional, so too are mushroom croquetas which have a lovely earthy flavour especially when they’re made with wild mushrooms. 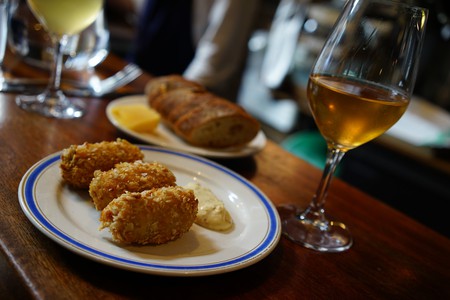 A popular dish found in tapas bars across the country, berenjenas al miel are deep-fried slices of aubergine served with a drizzle of fragrant honey on top. The key to the dish is to get the aubergine crispy on the outside but nice and tender on the inside. The greasiness of the aubergine is then contrasted with the intense sweetness of the honey which also acts to cut through the slight bitterness of the aubergine.

If these days gazpacho is the best known of the cold Spanish soups, some say ajo blanco is the original warm weather dish hailing from Andalusia in southern Spain. Its name means ‘white garlic’ yet the soup’s most remarkable ingredient is in fact the almonds which give it its white colour and distinctive flavour. The dish’s simplicity is a testimony to the fact that this was originally a poor man’s dish, made with steal bread steeped in water, olive oil and vinegar and flavoured with a little garlic and nuts. Yet a good ajo blanco is a real treat and these days Spain’s top chefs have offered their interpretations of this classic Summer meal. 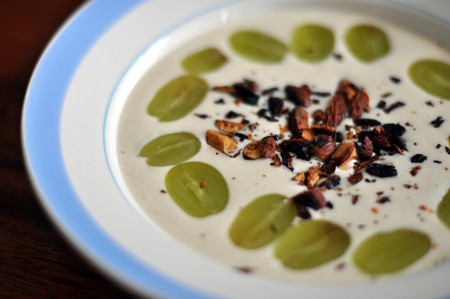 These small green capsicums are named after the town in north-western Spain where they originate, Padrón in Galicia. The peppers are simply deep-fried and served with a pinch of salt flakes to accentuate their flavour and are very common in tapas bars. They say that one in every a hundred is hot but during the late summer the odds change and you’re much more likely to find yourself blowing steam.