13 Spanish Bands You Must Listen To 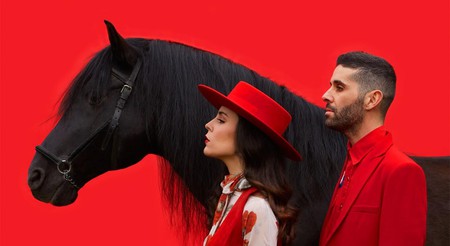 Not only is Spanish music diverse and unique, but listening to it is one of the cooler ways to learn the language. Whether you want to brush up on your Spanish skills or just expand your Spotify horizons, here are some suggestions to get you acquainted with some of Spain’s best contemporary artists.

These Madrid alt-rockers add a little drop of darkness to every track. Nudozurdo are an indie sensation in Spain right now after spending the past five years building a solid reputation with a string of well-received albums. They got their first break after writing just four songs and winning a competition, and have since gone from strength to strength.

This enigmatic twosome from Cordoba combine electronic beats, flamenco style and a splash of soul to create something truly unique, placing them firmly at the cutting edge of Spanish indie music. They are now touring internationally.

With their eclectic style and hypnotic live performances, Pony Bravo have been wowing crowds across Spain and Europe with lyrics commenting on society, culture and politics. Their unique sound draws on rock, flamenco, jazz, electronic, blues and reggae to totally defy classification. Their entire discography has been recorded under their own label, El Rancho Casa de Discos, and released for free under a Creative Commons license.

Formerly called Deers, this female indie-pop group are now known as Hinds (a hind being a female deer). Their sound blends pop with low-fi, indie and garage rock. They released their first album, Leave Me Alone, in 2016 after their first world tour.

This stand-out Spanish rock band is becoming known for powerful live performances. Their name is taken from the New Order song ‘Bizarre Love Triangle’, and they cite the British shoegaze movement of the 80s as a major influence. They’ve toured with the likes of My Bloody Valentine and were awarded best album of 2017 by the Association of Music Journalists of Spain.

El Guincho is the stage name of artist Pablo Díaz-Reixa, who hails from the Canary Islands and also plays in Barcelona-based band Coconot. His own music fuses calypso, dub, Afrobeat and indie rock to create a bubbling, upbeat sound that he describes as ‘space-age exotica’. His most recent offering, the Hiperasia album released in 2016, was reportedly inspired by his fascination with a strip of Chinese bazaars in Madrid.

One Spanish band any serious music fan needs to know about is Los Planetas. These indie legends started out in Granada in 1993 and were instrumental in the explosive growth of Spain’s indie scene. Their iconic albums, including Una Semana en el Motor de un Autobús, are often cited as an influence among the country’s new generation of indie rockers.

Fusing R&B, chill-wave and soul, John Grvy – the alias of Madrid-born J.E. Edward – creates smooth sounds with soft vocals and addictive synth and electronic beats. He’s performed at Spanish and international festivals including Benicassim, Kutxa Kultur, and made it to SXSW last year.

Another important name in the Spanish indie scene is the eccentric, hyper-creative Ramón Rodriguez, who has been producing music under stage name The New Raemon since 2007. Between 2007-2015 he recorded at least one album a year, often collaborating with various other artists, while also illustrating comics on the side. After burning out he has now stopped touring, but fans hold out eternal hope of a comeback.

The Barcelona-based foursome Da Souza released their debut EP in 2013 and have since gone from strength to strength, becoming a big name in the local music scene. The group are originally from the island of Mallorca, which has obviously had a huge influence on their music, evocative of long summer nights spent on the beach.

Childhood friends from the industrial outskirts of Barcelona, the four members of Dulce Pájara de Junventud have been building their reputation in Spain since releasing their eponymous debut rock album in 2011.

This group are known for epic live performances thanks to their own brand of atmospheric instrumental rock. Their last album, Superball Music, had a heavier sound and was hailed by critics as one of Spain’s best ever rock releases.

Beginning in 2006 as a solo indie-pop project, vocalist/guitarist Elena Sestelo of When Nalda Became Punk was joined by guitarist Roberto Cibeira in 2011. In 2013, the pair released their debut album, A Farewell to Youth, and their 2016 EP Those Words Broke Our Hearts blends indie pop with fuzzy guitars, synth and electronic beats.