13 of the Best Locations for LGBT Travellers 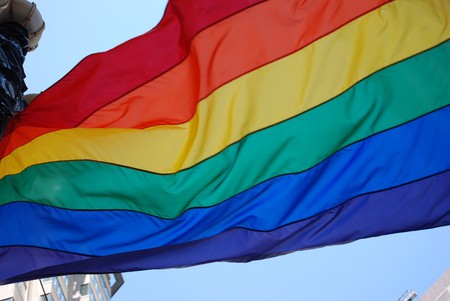 As a celebration of LGBT Pride Month, apartment rental company Nestpick have released the results of a study ranking the most LGBT-friendly cities in the world. According to the list, the best destinations are those which have tolerant laws towards the LGBT community, an active dating scene, a rich variety of nightclubs, an open-minded local community and sufficient levels of safety. Madrid took the top spot, while over half of the top 10 were European cities.

Widely regarded as one of Europe’s most tolerant cities, Madrid took first place as the best LGBT location in the world. What really swung the balance in its favour is the overwhelming openness of the Madrileño community. Gay couples are free to walk the streets without fear of persecution and there is absolutely no stigma surrounding public displays of affection.

While Chueca is the most traditionally LGBT neighbourhood in Madrid, gay culture and nightlife can be found all over the city. There are many LGBT-specific bars and clubs, but gay culture certainly has its own place in Madrid’s culture as a whole.

LGBT festivals are organised throughout the year, but the highlight is Madrid’s Pride Parade in summer, the largest of its kind in Europe and 2nd biggest in the world (only losing out to São Paulo). This year, the city was chosen to host the World Pride festival, attracting millions of visitors. 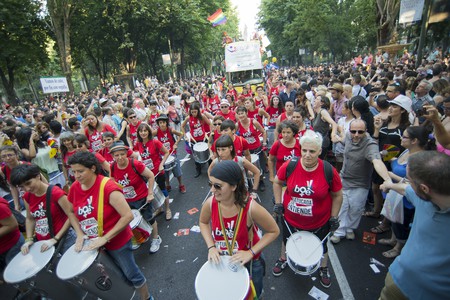 Amsterdam has always had an excellent reputation for being one of the world’s most open and culturally liberal cities, making it a great place for LGBT travellers. Regarded as the birthplace of gay rights, the Netherlands has a long history of LGBT advocacy, from decriminalising homosexuality in 1811 and being the first country in the world to legalise same-sex marriage, in 2001.

As well as being an excellent place to live, Amsterdam is incredibly friendly for LGBT tourists. On the Westermarkt, travellers can visit the Pink Point, which is a gay and lesbian tourist information centre providing all sorts of information on the best gay bars and festivals going on in the city. 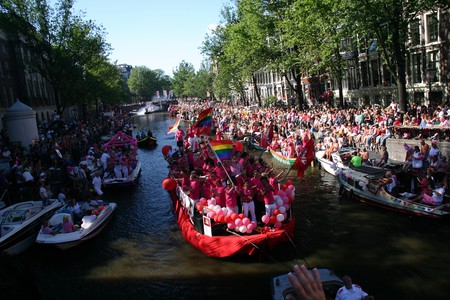 The highest entry outside of Europe, Toronto is wonderfully accepting and progressive, being receptive to all kinds of different cultures and social groups. With discrimination against the LGBT community remaining a real problem in North America, Toronto has taken upon itself to stamp out homophobia and is one of the most politically active cities in the world in regards to gay rights.

Neighbourhoods such as Church and Wellesley Village are havens for people of all different identities and the city has a thriving LGBT nightlife.

The second-largest city in Israel, Tel Aviv stands out as the only Asian representative in the top 60 LGBT-friendly cities and the only one from the Middle East. In comparison to the surrounding region, Israel’s LGBT legislation is fairly strong. For example, same-sex couples are free to adopt children and same-sex marriages are recognised in the country, although they must be performed outside of Israel.

Tel Aviv’s gay community is huge (an estimated 25% of the entire population) and it is an integral part of the city’s culture. There are no gay neighbourhoods per se, instead, the whole of Tel Aviv is, for lack of a better term, a bit gay. The LGBT nightlife is some of the liveliest in the world, while the city stood out on Nestpick’s study for having one of the lowest rates of hate crimes. 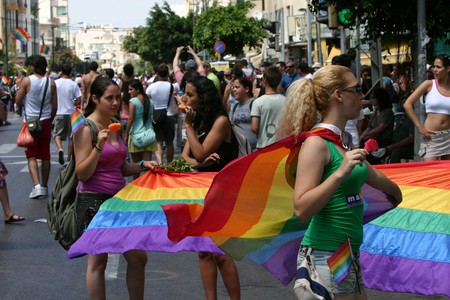 As one of Europe’s most cosmopolitan cities, it stands to reason that London is also one of the world’s best destinations for LGBT travellers. While rising rents have caused some of the city’s most traditional gay bars to close (a phenomenon not restricted to the LGBT community), London’s LGBT scene remains vast and incredibly diverse.

The city’s population is largely open-minded and progressive, and while London fell slightly short in relation to other destinations on this list due to its less-than-perfect hate crime figures, it is still an excellent place to visit or live for all gay, lesbian and transgender people.

With arguably the best nightlife in the world and an incredibly active LGBT dating scene, it is no surprise to find Berlin this high up in the ranking. The population as a whole is very accepting and tolerant and LGBT festivals are a huge part of the city’s culture.

Though German people are supportive of LGBT rights, the political class remains quite conservative. Same-sex marriage is illegal and there are a number of restrictions on adoption by same-sex couples, which is the only thing standing in the way of Berlin being the world’s absolute best LGBT destination. 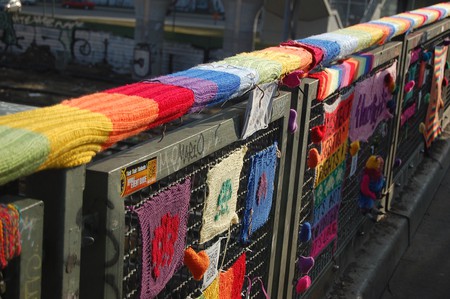 The second British city on this list is Brighton, often referred to as the ‘gay capital of the UK‘. Brighton has one of the largest gay communities in relation to the city’s size, as well as a nightlife which has always incorporated LGBT culture. The city has tons of LGBT-specific bars, pubs, clubs and hotels, while Brighton Pride is the UK’s largest LGBT Pride celebration.

With an LGBT nightlife and dating scene to rival their cousins in Madrid, Barcelona has long been regarded as among the best LGBT destinations on the planet. As well as being a gorgeous place to visit for any traveller, Barcelona offers all sorts of LGBT-specific attractions, especially in the Eixample district.

New York City has always been one of the most important world centres of LGBT culture and gay rights. The Stonewall Riots in Greenwich Village in 1969 are widely regarded as the starting point of the modern LGBT rights movement and the city has since been a hub for LGBT Pride. NYC has the largest gay community in the United States, and Nestpick’s study regarded it having the best and most active LGBT dating scene. 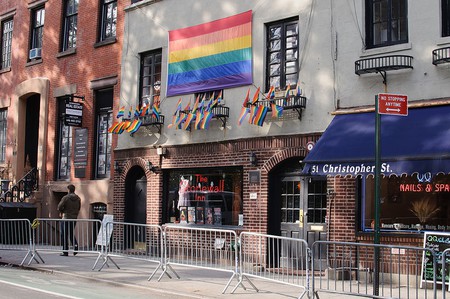 San Francisco has a long, rich tradition of embracing LGBT culture. Known as the ‘original gay-friendly city’, there is no more open-minded and accepting city in the world. The Castro is known around the globe as being one of the most vibrant ‘gaybourhoods’ and the city as a whole organises countless LGBT festivals throughout the year.

Besides being one of the most popular tourist destinations, Paris is also one of Europe’s LGBT capitals, with a huge gay community and an endless list of LGBT-friendly bars, clubs, hotels and restaurants. Arrondissements one through four are packed with LGBT businesses, and the historic La Marais district is the city’s most popular gay village.

As one of North America’s most diverse cities, Montreal fully deserves its place on this list as Canada’s second representative. The city’s famous Le Village Gai (Gay Village) is one of the continent’s largest gay districts and is closed to traffic throughout summer, making it a wonderful destination for LGBT travellers.

Made famous by the cult TV drama series Queer as Folk at the end of the 1990s, Manchester’s LGBT community is one of the largest and most vibrant in the UK. The city’s LGBT nightlife is centered on Canal Street, the pedestrianised street alongside the Rochdale Canal which is lined with gay bars and restaurants. The surrounding Gay Village is also full of LGBT-friendly hotels, making it an ideal spot for tourists visiting the UK. 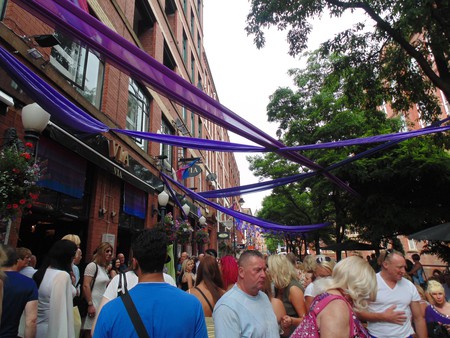 Crowds on Manchester's Canal Street | Mikey/Flickr
Give us feedback