Most people tend to not really notice the airports they travel through. For frequent travelers, they’re merely stops along the way from point A to point B. For infrequent flyers, they’re often sources of stress. When you take the people and the bustle away from an airport, though, it becomes a truly extraordinary sight, almost otherworldly because of the emptiness. Here are 13 of the world’s most amazing abandoned airports. 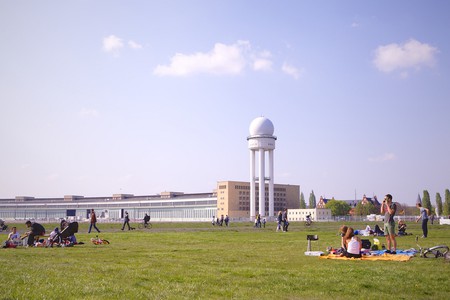 Located inside the city limits of Berlin, this is definitely one of the easier sites on this list to visit. Once the biggest building in the world (it was the Pentagon that eventually replaced it), Berlin-Tempelhof was built in 1923 and remained in service until 2008. It was an important part of the Berlin Airlift, through which citizens in West Berlin got the goods they needed during the communist period. Now, you can take a picnic and spend a lovely day outside walking around the old runways — they’ve turned it into a huge public park.

More often than not, airports are public ventures, supported by the government of the country or state where they are located. Not so with Don Quijote Airport, which lies 50 miles away from Madrid. It was built for the towering price of 1.1 billion euros in the 1990s, but it never quite gained the traction it needed in the market and ended up shutting down in 2012. Now it’s just an odd sight from out the window of the high-speed train that goes past it.

Ellinikon International Airport, opened in 1938 as the main airport in Athens, had an interesting early history — the Nazis took it over soon after its opening and used it as a base for the Luftwaffe, their air force, during the war. It lasted until 2001, when the city opened a new airport in preparation for the 2004 Athens Olympics. 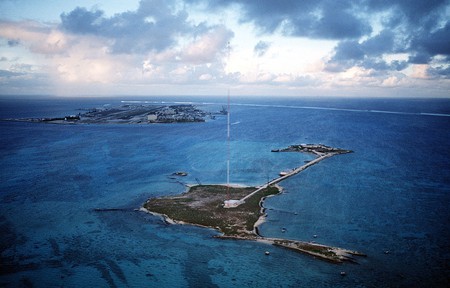 The vast Pacific Ocean is dotted with little groups of islands that various bigger nations lay claims to — and the United States has a number of such territories. One is Johnston Atoll, which during much of the 20th century was also home to a military base and chemical weapon storage site. They built an airfield there during WWII, and the Enola Gay even once stopped there to refuel. As the atoll is now highly contaminated, it is no longer safe for people to stay there for any length of time, and the airport has been decommissioned for many years — even as an potential emergency landing site. 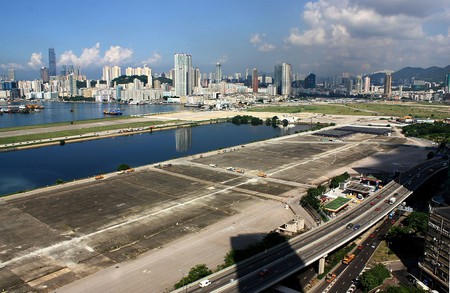 Kai Tek International Airport in Hong Kong is an example of an airport that had a good long life before simply being left behind for an upgrade. It opened in 1925, and as the runway protruded out into the Victoria Harbor, the landings were both very beautiful for passengers and very difficult for pilots. In 1998, traffic had all but moved over to the newer Hong Kong International Airport, and Kai Tek was closed for good. A cruise line terminal now operates off the area that was once the runway.

Considering the horrors stories that many people have from any or all of New York City’s current three major airports, it’s difficult to imagine the city without even one — but Floyd Bennett Field, which would eventually be replaced by Newark Airport, was the first. Built in 1928, it closed in 1971 and has since become the Gateway National Recreation Center. Several of the original buildings are still there to visit — and it is also the only legal campground in New York City.

As the main feature in a stunning story of corruption, Castellon-Costa Azahar Airport near Valencia, Spain has the unenviable distinction of being a newly built airport that has never seen a plane take off or land from its runway. After a building process that cost 150 million euros, Castellon-Costa Azahar Airport opened in 2011 — and then Carlos Fabra, the regional politician behind it, found himself as the subject of investigations regarding tax evasion and corruption.

Once the only airport you could use to get to the beautiful city of Denver, Colorado, Stapleton International Airport was in operation from 1929 to 1995, when Denver International Airport replaced it. There’s not much to see of it now, as most of the buildings were demolished completely following a big storm that heavily damaged them. All you can find now is one control tower among the empty fields — a small memory of a long heyday. 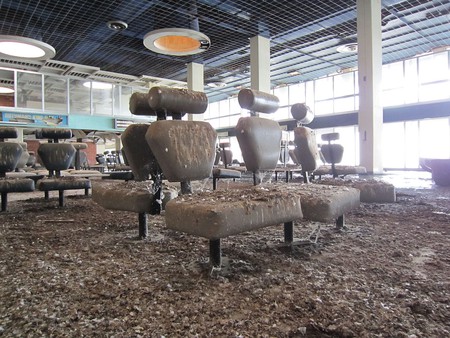 In 1974, Turkey invaded Cyprus, a small island nation off the coasts of Turkey and Syria that is the home to both ethnic Greeks and ethnic Turks. During the invasion, Turkey took control over the northeast section of the island, and part of the ceasefire arrangement was a no-man’s land separating the Turkish-occupied land from the Republic of Cyprus. Among numerous other results, one was that Nicosia International Airport, once the most important airport on the island, was left to deteriorate in the no-man’s land.

Modern travelers think of air traffic control as a key — if not the key — element in flying safely, but there was still a time before airports used it. Croydon Airport in South London, originally built in 1915, was the first airport to think of that. It witnessed much of the development of commercial flights, being an early airport to offer international flights to places like Paris, Amsterdam, Rotterdam, and eventually Berlin. The former airport, which closed in 1952, is now a historic site that you can visit for yourself.

Unsurprisingly, Gaza International Airport is a casualty of one of the longest running international conflicts of today. Opened in the Gaza Strip in 1998, this airport could only be in use for three years before the Israeli military bombed the control tower and radar station at the end of 2001. Now, the once-beautiful buildings understandably look like a war zone.

During WWII, the US military decided to purchase swampland in Galeville to build an airfield and use it as a training facility. It functioned in this capacity for half a century; in 1994, the Department of Defense decided that it was no longer necessary and passed the land on to the U.S. Fish and Wildlife Service. As it turns out, certain migratory birds need the land more than pilots-in-training do, and it is now part of the Shawangunk Grasslands National Wildlife Refuge.

This Royal Air Force airport near Lincolnshire was an important airport for RAF bombers during World War II. It functioned in various other capacities for the military until the early 1990s when everything was sold and other development with the remaining buildings began to take place. Although RAF Binbrook has not yet seen this fate, similar military airports sprinkled all across mostly Central and Eastern Europe have since become popular spots for music festivals and concerts.