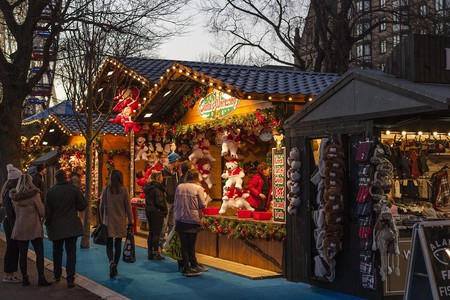 Spain is a surprisingly festive country when it comes to winter celebrations, with Christmas markets in Barcelona, Madrid, Seville and more selling wooden nativity figurines and food specialties to warm up winter nights.

Spain may not be the first place that comes to mind when you think of Christmas markets but the country is brimming with them come December. Though comparatively lacking in mulled wine and bratwurst – you can find those in Germany – these fun, charming and often historic markets are the epicentre of holiday shopping and a must for locals and visitors alike. 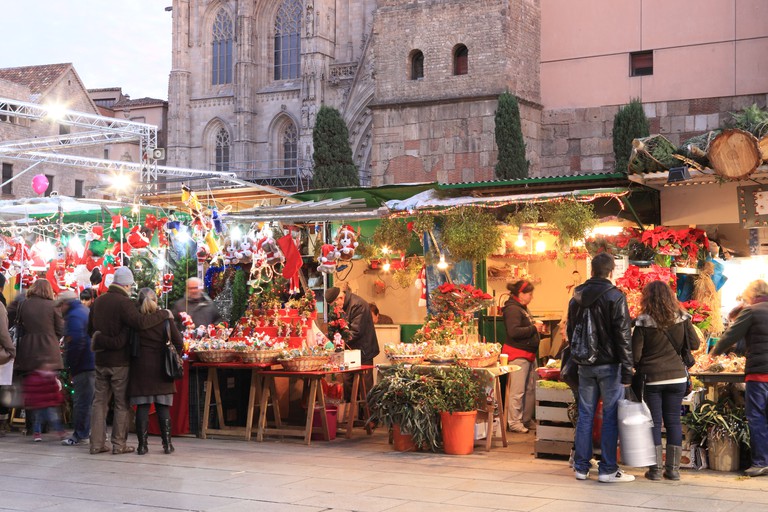 While there are a number of Christmas fairs and markets in Barcelona each season, Fira de Santa Llúcia is the city’s oldest and most beloved. Dating back to 1786 when it first sold paper and clay manger figurines to Barcelona Cathedral churchgoers. Today the market is still held along Avinguda de la Catedral in the Gothic district, drawing shoppers to 300 stalls selling tree decorations, mistletoe and handcrafted gifts in the form of accessories and children’s toys. Keep an eye out for Caga Tio logs, painted with a big smiling face and producing nougat. The market typically opens in late November and lasts until right before Christmas, making it a lively place to wander, especially when paired with a visit to the nearby nativity scene at Plaça de Sant Jaume. 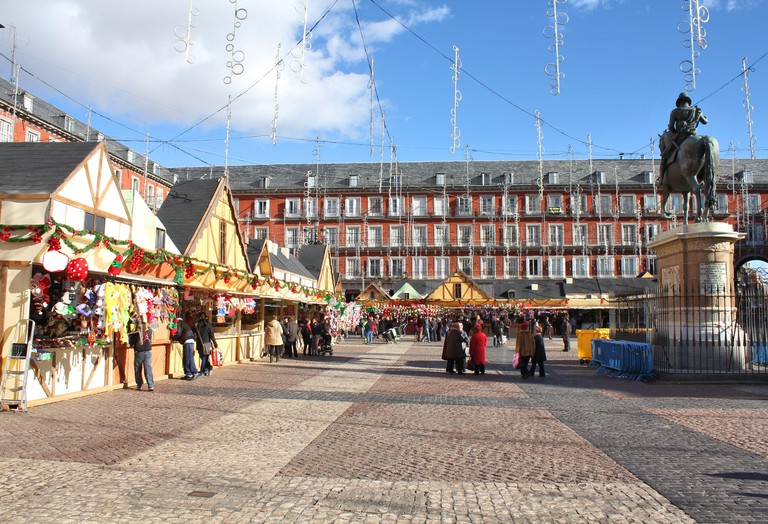 It’s easy to get into the Christmas spirit in Spain’s capital. All you have to do is head to the 15th-century Plaza Mayor, the unmistakable rectangular square that’s firmly planted in the heart of Madrid. Each November and December, 100 or so little wooden huts transform Plaza Mayor into a festive holiday market featuring a myriad of traditional items. Decorations, gifts and other Christmas instruments feature alongside Spanish-themed gag items, in preparation for Spain’s version of April Fool’s Day on December 28. 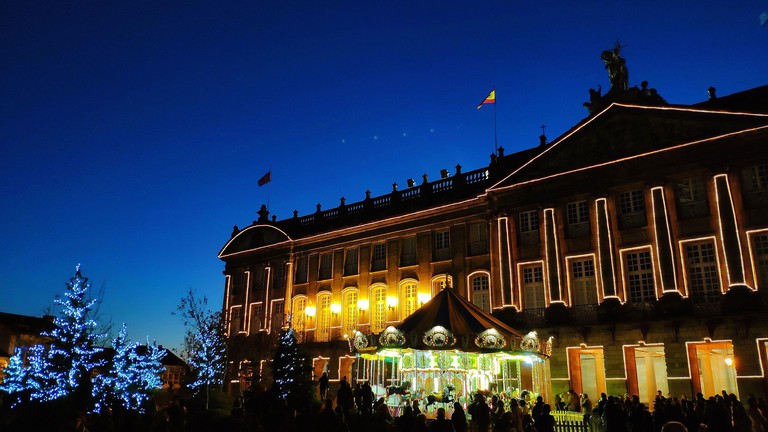 Venturing further afield, you’ll find this Christmas market in northeast Spain’s Santiago de Compostela – the capital of Galicia and a famous pilgrimage site, where the biblical apostle St. James is buried. Visitors who make the trek will tread less-touristy cobblestone streets and see magnificent architecture in the form of monasteries, churches and palaces. Between early December and early January, the city gets extra festive with a skating rink, musical events, cooking classes and a market in Praza da Quintana, with 50 stalls selling Spanish trinkets, flower arrangements, edibles and ceramics. 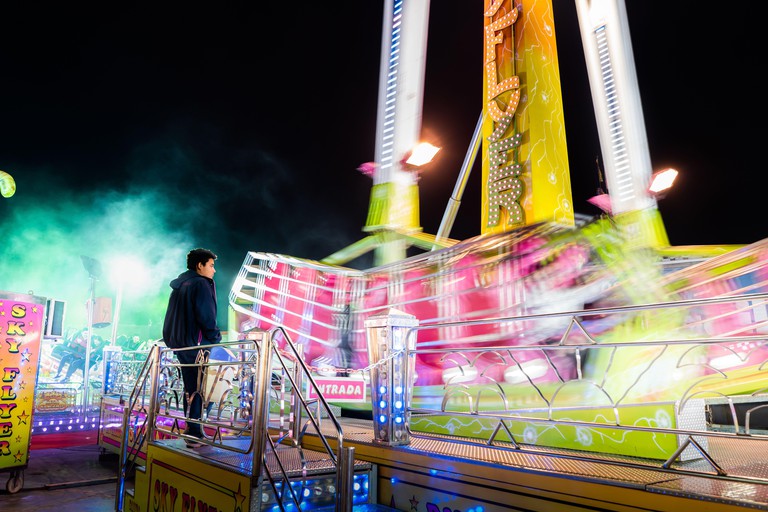 ​​Spain’s third-largest metropolis doesn’t get as much attention as Madrid and Barcelona, but this liveable city stands apart for more than its Catalan dialect and cuisine. During the holidays, Valencia puts on a huge Christmas funfair. You’ll buy unique gifts and sweets at seasonal stalls, go on amusement rides like the ferris wheel and bumper cars and toe-tap to festive music. The funfair lasts from early December until mid-January – look for half-price nights on the last few days. To get there, make your way to Calle Ingeniero Manuel Soto and Av. de Francia. 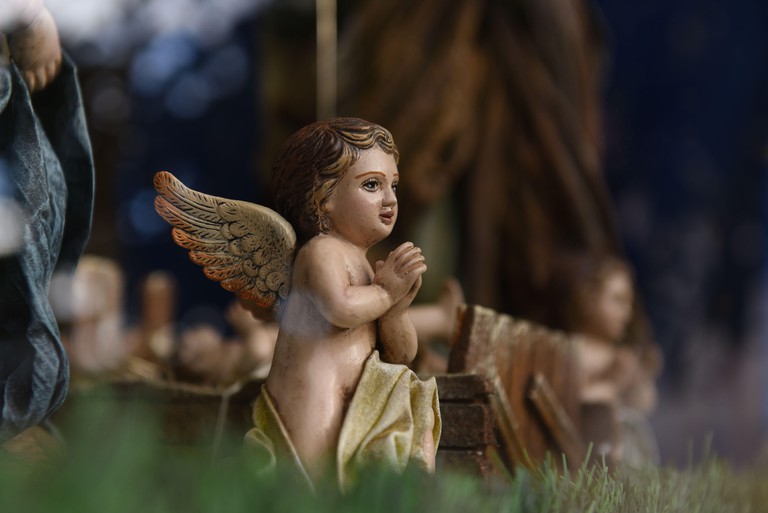 Around Christmas, no part of Spain is short of belén (nativity scenes featuring Bethlehem) – but some setups go above and beyond. One such market is Seville’s annual Feria del Belen, a cherished market dedicated to intricately designed belén figurines, mostly made of wood. For four weeks from mid-November, this lively cultural market takes over Avenida de la Constitución, with some 30 stalls showing the wares of artisan traders. When you’re done there, join the sevillanos in exploring a handful of other Christmas markets sprinkled around the city. 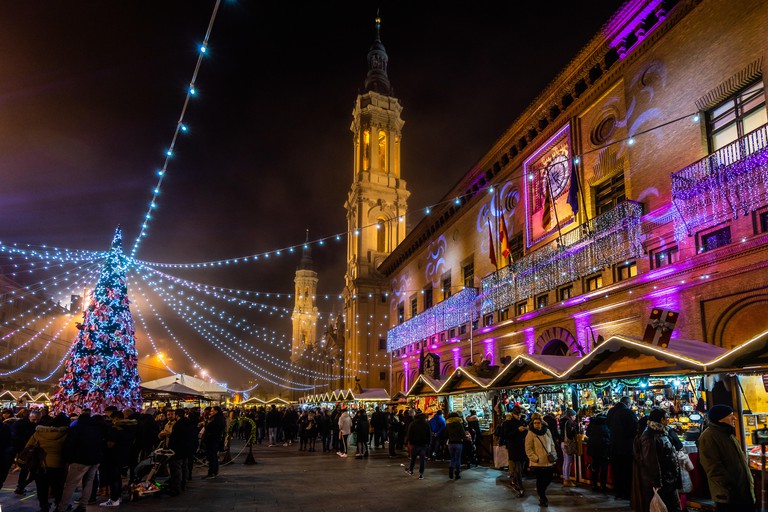 Zaragoza may not be at the top of your Spanish Christmas wishlist, but perhaps it should be. The capital of the northeastern Aragon region contains a famous pilgrimage site with a shrine to the Virgin Mary, alongside stunning Moorish and Gothic landmarks. Each year, Zaragoza’s all-ages Christmas market takes place at the Plaza del Pilar from early December through mid-January. You’ll find 40 booths selling all sorts of unique gift items as well as various eating and drinking options and plenty of family activities like a ferris wheel, merry-go-round, skating rink, sledding ramp and live stage performances, for a true local experience. 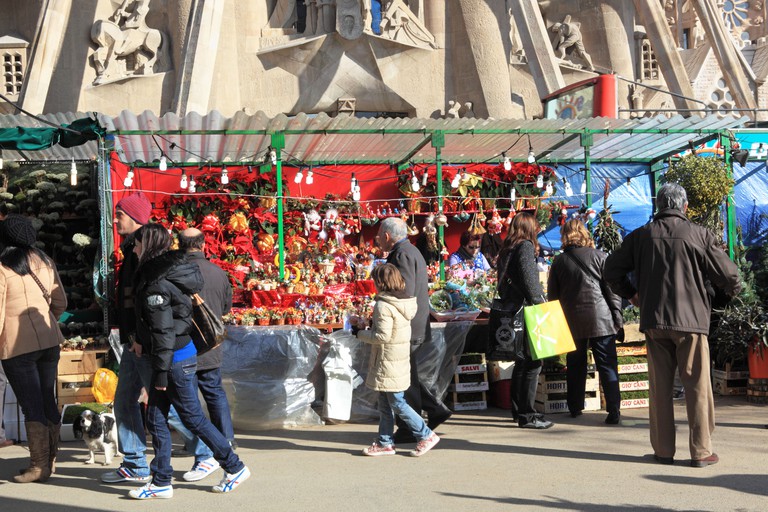 Another popular Christmas market in Barcelona since 1962 is the Fira de Nadal, located in the gardens of a little place called Sagrada Família. The market typically lasts from the end of November through Christmas with about 100 stalls exhibiting Spanish decorations, nativity scenes, crafts, costumes, jewellery and an assortment of food, drinks and sweets. Though not as popular as the Fira de Santa Lúcia, this market’s majestic views and proximity to Antoni Gaudi’s most famous masterpiece set it apart. 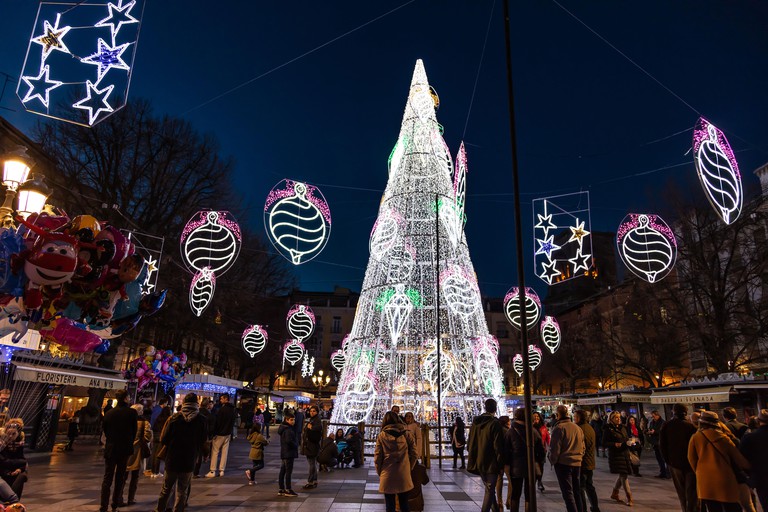 If you’re heading to Granada to see the magnificent Alhambra palace complex at Christmas, you’ll notice some festive cheer in the charming streets, particularly in the market held in Bib-Rambla Square – a place that, during Moorish times, was used for bull running. From the beginning of December through to January 6, this market offers about 70 stalls that sell all manner of Spanish crafts and trinkets and delicious food items to eat there or take home. While smaller than most, the Granada Christmas market brings a lively vibe to its commercial centre. 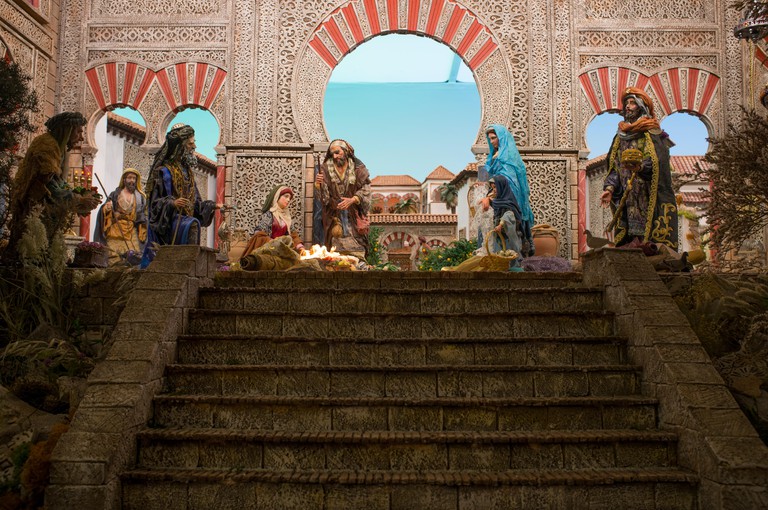 Once the capital of Islamic Spain back in the Middle Ages, this Andalusian city gets into holiday mode from early November to late December when the centre is transformed into a brightly decorated winter wonderland. The highlight is the market in Tendillas Square, which offers a few dozen stands selling nativity figurines, toys and household items made from olive wood, dried fruits and other local edibles. There are also magic and theatre performances for kids. 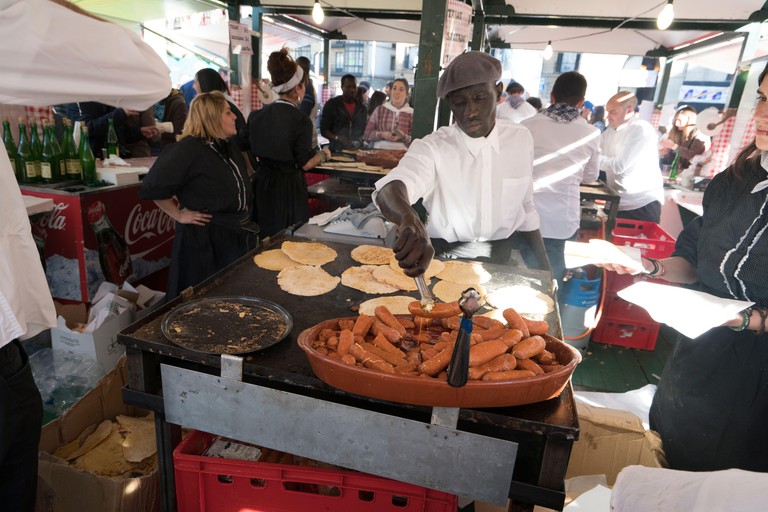 In northern Spain’s Basque region, known for having the most Michelin-starred restaurants in the country, many towns celebrate the beginning of the Christmas season on Santo Tomas day (December 21). A fair of the same name takes place for one day in Bilbao between El Arenal and Plaza Nueva and attracts thousands of people. Come for the traditional events, farm animals and 300 stands of local villagers exhibiting handicrafts and edibles in the form of sweet treats, cheeses, chorizo, cider, rosquillas (doughnuts) and other local food and wine. Who needs Michelin-starred food when you’ve got all this?

This is an updated version of an article originally by Esme Fox.

Looking for more inspiration? Discover the best places to visit in Spain and pick your first destination. No matter where your Spanish adventure takes you, we’ve got your accommodation sorted. From the best boutique hotels in Madrid to the best budget-friendly hotels in Barcelona, you can confidently book your next stay on Culture Trip. There’s plenty to keep you busy, too, from getting lost in the top museums in Barcelona to enjoying delicious meals at the best rooftop restaurants in Barcelona.