11 Spanish Monasteries You Can Actually Stay In 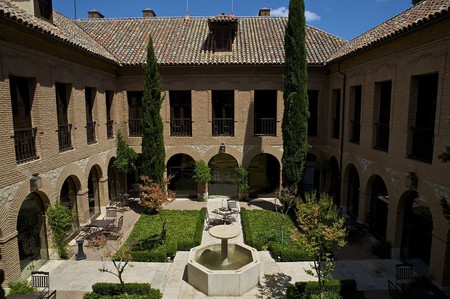 In some countries, ancient monasteries have been turned into historic sites for visitors, but in Spain, many of them have become hotels, where you can actually spend the night among ancient cloisters. The Spanish Parador group own many of these hotels, allowing visitors to experience luxury in original 16th and 17th century surroundings. Here are some of our favourites. 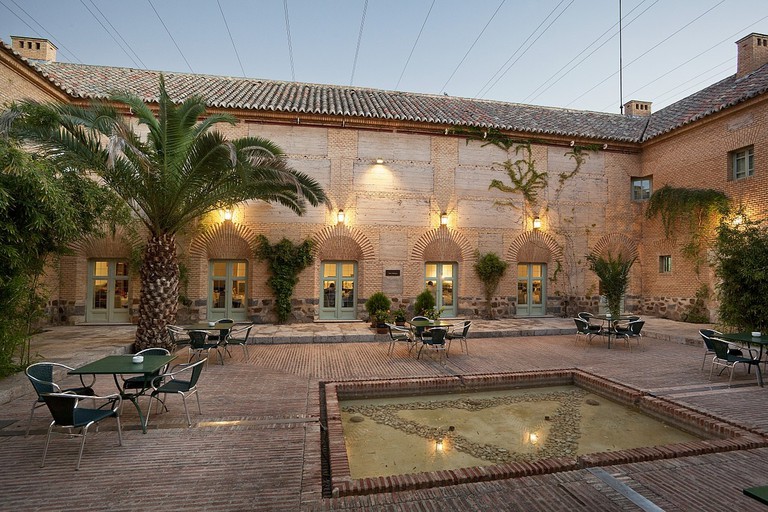 The Parador de Almagro is located in Almagro Ciudad Real, the autonomous region of Castilla y León. It is housed in a 16th century monastery, complete with a central courtyard and fountain. Inside, although it’s been completely renovated, you can find remnants of the original monastery in the old wood-beamed ceilings, colourfully patterned tiles and charming arched cloisters. 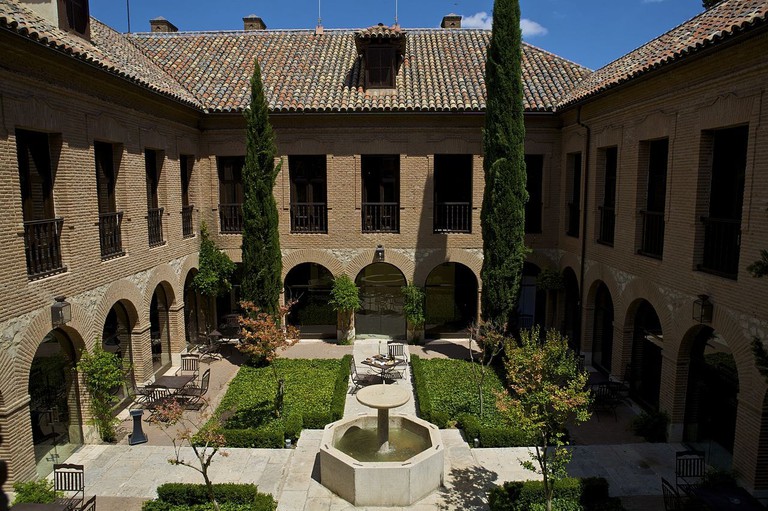 The Parador de Chinchón can be found in the small town of Chinchón, around 47km south of Madrid. The hotel is located in a former Augustin monastery, dating back to the 17th century. Rooms surround the old original courtyard, now a beautiful garden, and have features such as arched ceilings and wrought-iron beds. There’s also an outdoor swimming pool and a restaurant, covered with stunning religious frescoes. 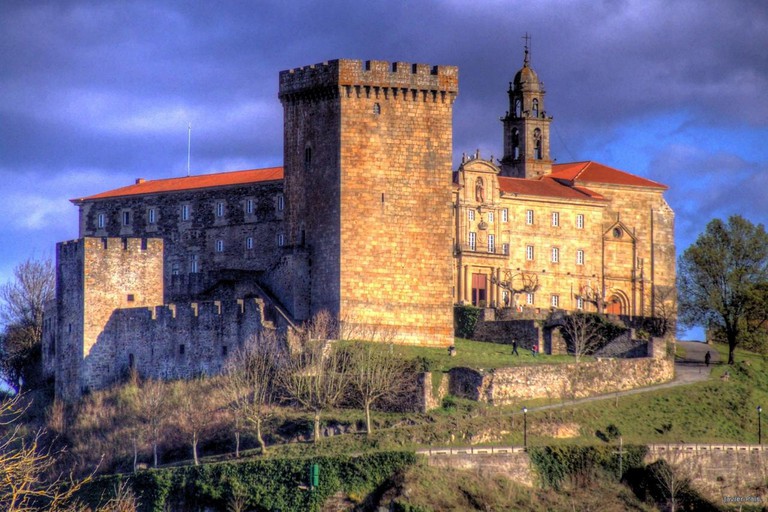 The Parador de Monforte de Lemos is situated in the city of Lugo, in the northwestern region of Galicia. The original monastery was built in the 9th century, but most of the current building was built in the 17th century, in a neoclassical style. It also has a neoclassical central cloister and intricate carved stonework. Inside, you’ll find elegant hallways with glass windows and large spacious rooms with wooden ceilings and tiled floors. 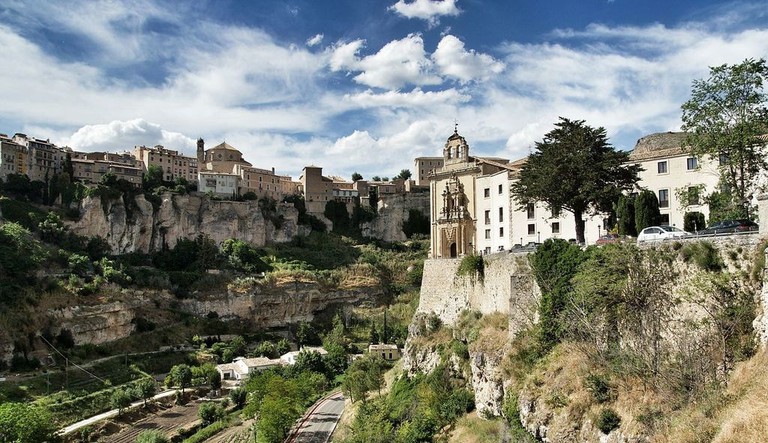 The town of Cuenca can be found in central Spain, roughly half way between Madrid and Valencia. The town is known for its famous UNESCO World Heritage Hanging Houses or Casas Colgadas, which cling to the edge of the Huécar Gorge. The Parador de Cuenca is not only housed in a former monastery, but also sits atop the Huécar Gorge, right opposite the Hanging Houses, offering one of the best views in town. Features of the hotel include a glass-enclosed cloister and cosy cafe, located in the old chapel. 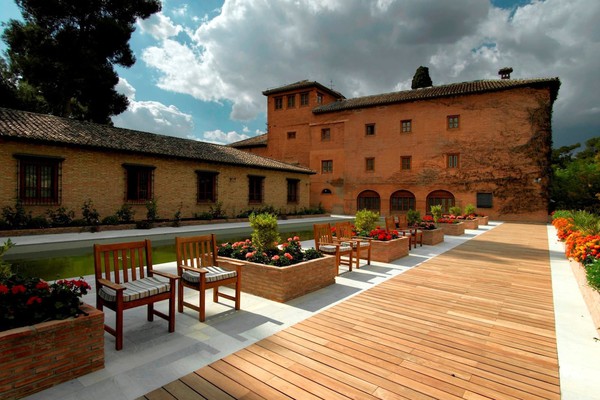 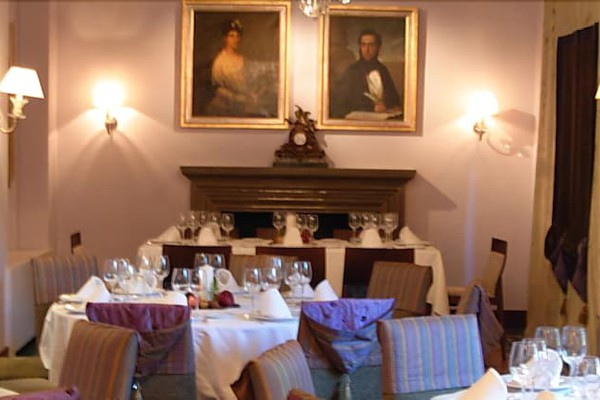 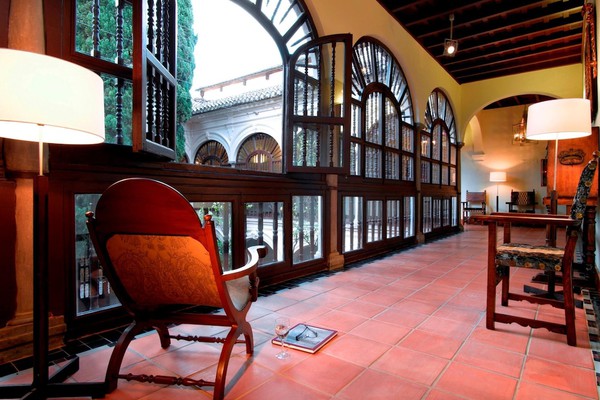 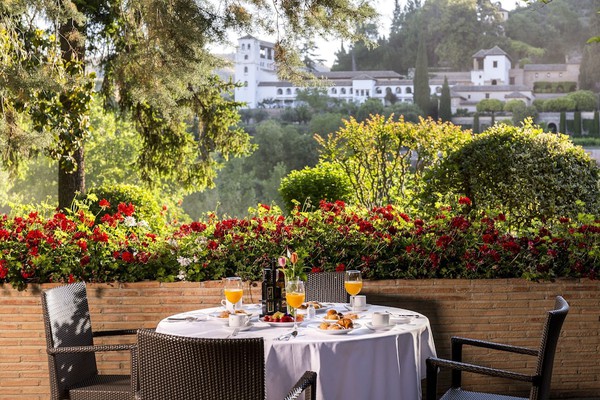 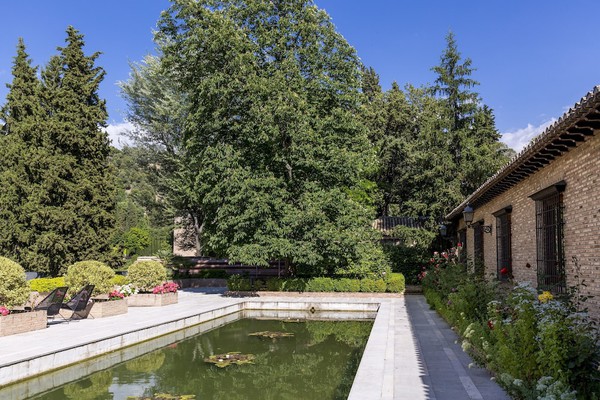 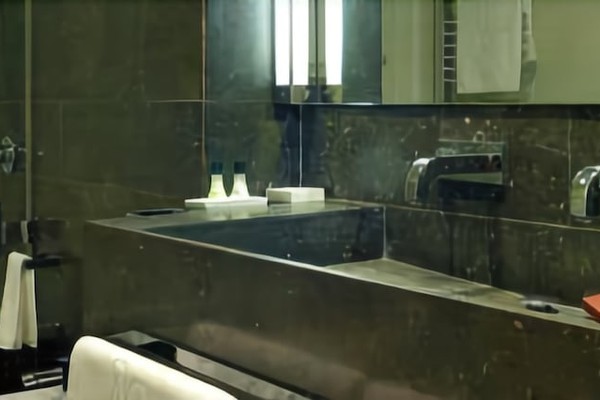 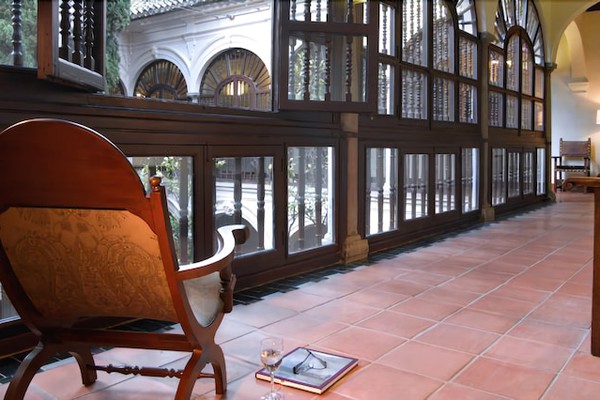 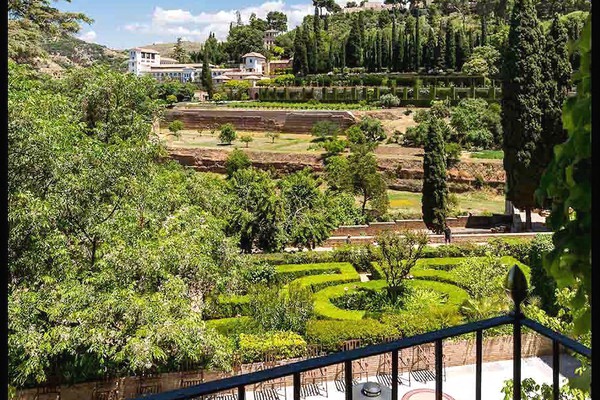 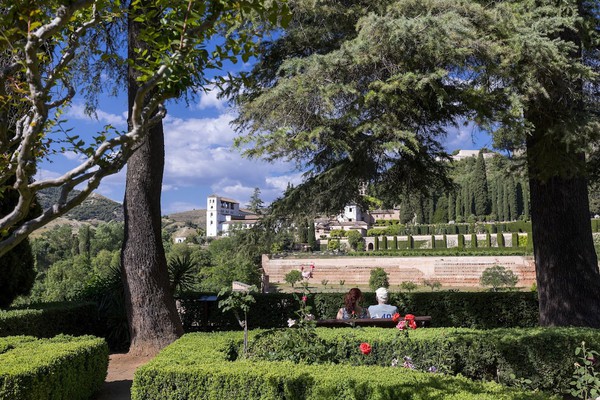 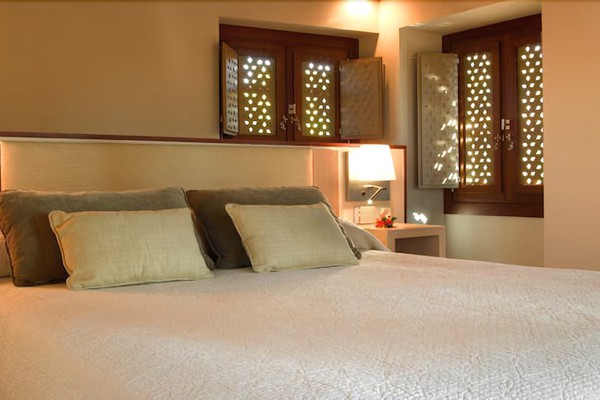 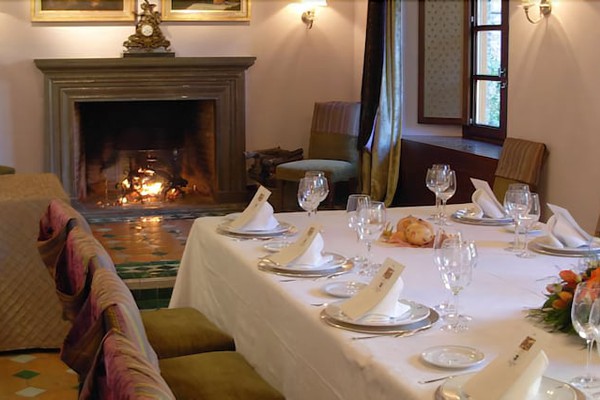 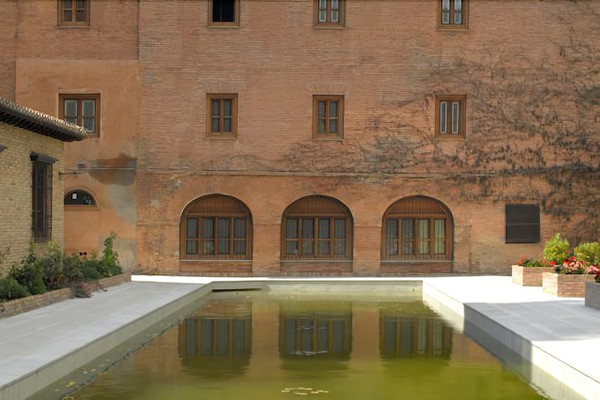 The Parador de Granada is not only housed in a former monastery, but is also located inside the world famous Alhambra Palace complex. It was built by the Catholic Monarchs on the site of an old Nasrid palace and features elements of both Catholic and Moorish design. It has a lovely restaurant inside its central courtyard and offers beautiful views of the Generalife gardens, which surround the Alhambra. 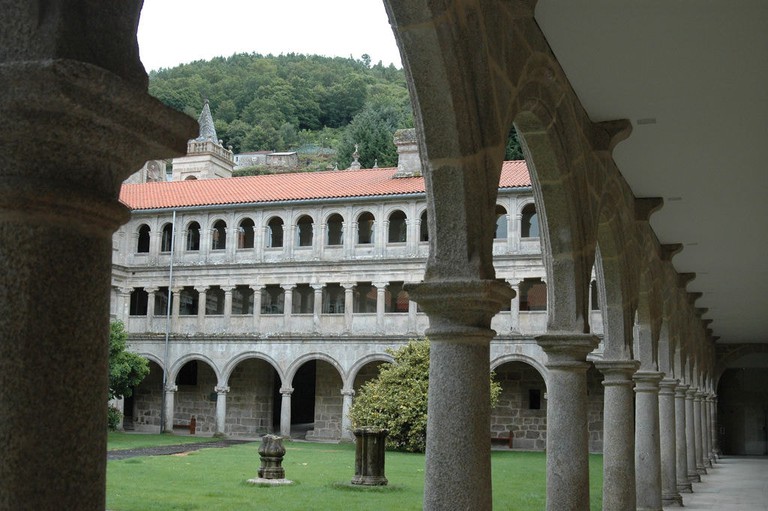 The Parador de Santo Estevo can be found in Ourense in the region of Galicia. It’s set in the stunning natural area of Ribeira Sacra, filled with bottle green forests and sparkling rivers. The hotel itself is housed in a very old monastery, dating as far back as the 6th and 7th centuries. It’s both Baroque and Romanesque in style and has not one, but three cloisters – one Romanesque, one Baroque and one Renaissance. Religious music is piped through the building as you walk down the corridors, making you truly feel like it’s still a monastery today. 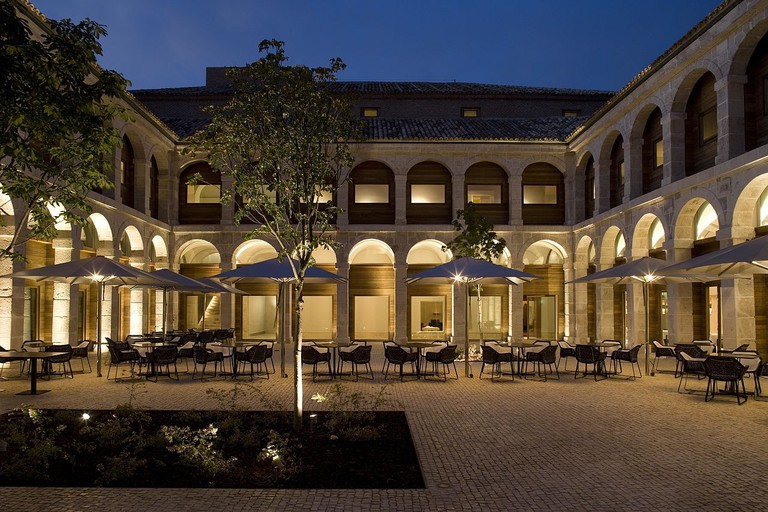 This parador hotel is located in Alcalà de Henares, a small town situated just east of Madrid and the birthplace of the famous Spanish writer, Cervantes. It is housed in a building which used to be an old collegiate-convent, as well as the Hostería del Estudiante in the 17th century. Today it perfectly blends history with modernity, where centuries old walls stand next to pieces of contemporary furniture and clean fresh lines. The rooms themselves are sleek and modern, while you’ll find older elements in the corridors or courtyard. The hotel also has a relaxing avant-garde spa and an outdoor pool. 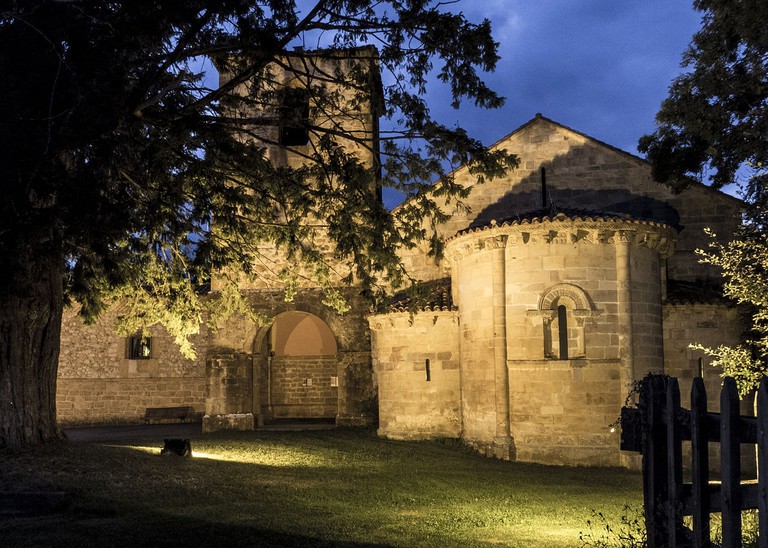 Set in the foothills of the Picos de Europa National Park, along the banks of the River Sella in Asturias, Parador de Cangas de Onís is a must-visit for nature lovers. History buffs will fall in love with it too, as the hotel is housed in the former Monastery of San Pedro de Villanueva. You can see evidence of this in its old traditional courtyard, stone-covered exterior, coffered ceilings and cloisters. The hotel even has its own church. Every element here, from the stone carvings on the walls, to the spa to the huge stone fireplaces in the restaurant alludes to its glorious past. 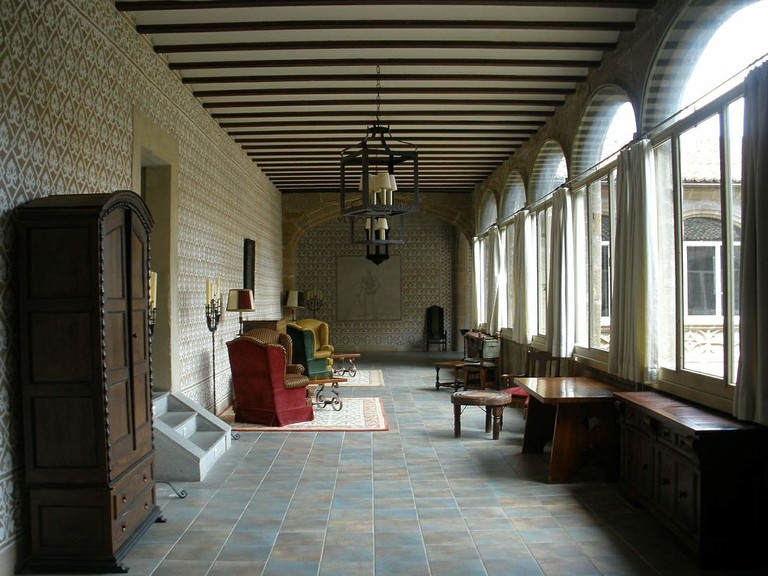 Housed in the old 15th-century Convent of Santo Domingo, the Parador de Plasencia is located in the region of Extremadura. It’s filled with history at every turn, from the beautiful vaulted ceilings to original thick stone walls. Decorated with antique furniture and wrought iron lamps, it still feels like you’re staying in a monastery even today. As well as its historic elements, it also has modern elements such as its spa, restaurant and outdoor pool. 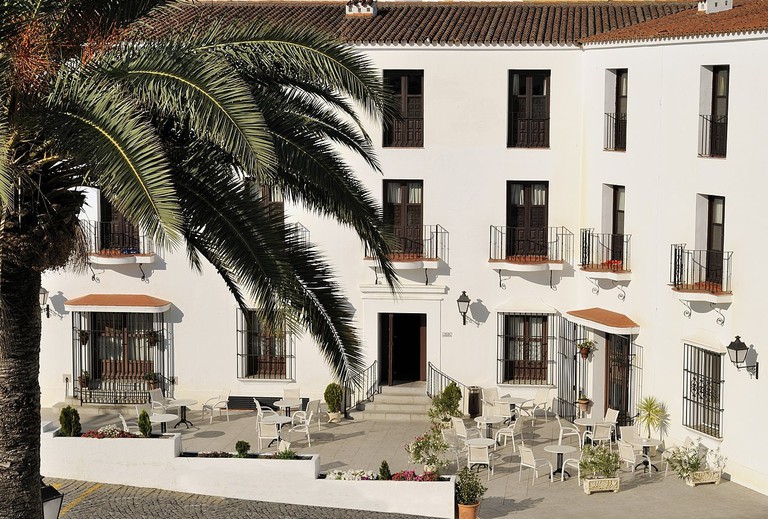 Parador de Mérida can be found in the city of the same name, some 45-minutes drive east of the city of Badajoz, near the Portuguese border. The hotel is actually an old 18th century convent, which was built on the site of ancient Roman temple dedicated to the Concord of Augustus. In fact, the hotel is not Mérida’s only connection to the Romans as it’s also home to a Roman theatre and a Roman circus. From both the outside and the inside you can see the hotel’s past, in its elegant white columns, graceful entranceway and arched ceilings. The old convent also has a touch of Moorish style to it, in its colourful tiles, gardens and fountain-filled courtyards. Rooms are spacious with antique furniture and large regal-looking beds, while there’s also a restaurant and an outdoor pool. 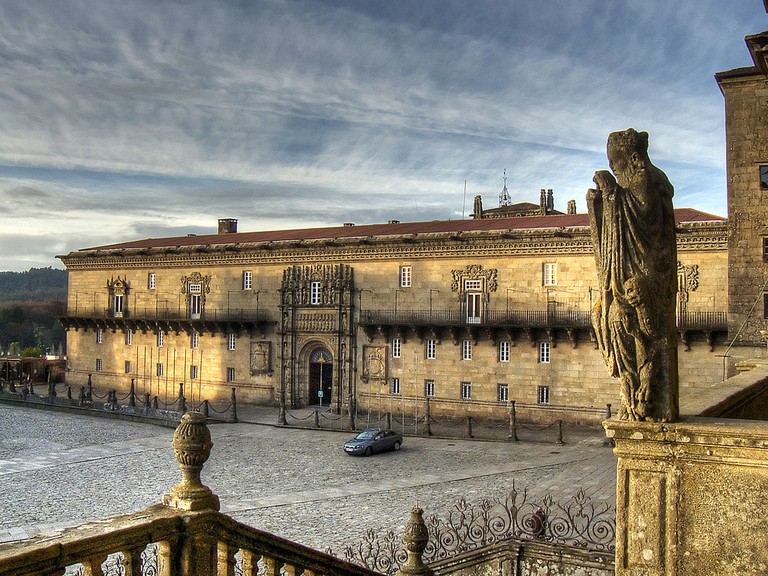 The sumptuous Parador Santiago de Compostela is housed in the former Hostal dos Reis Católicos, one of the most important historical buildings in the city. Occupying an enviable position on the grand Obradoiro Square, next to the famous Santiago de Compostela Cathedral, it is a site in its own right. Built by the Catholic monarchs and royal architect Enrique Egás in 1501, it was originally designed as a hospital for pilgrims walking the Camino de Santiago. Today however, it is one of the most luxurious buildings in the city. Dine under vaulted stone arches, relax in palatial living rooms and sleep in rooms with romantic four-poster beds and wrought-iron chandeliers. The hotel also offers not one, but two gourmet restaurants, a terrace and a beautiful courtyard garden. Those who have walked the Camino de Santiago and obtained their certificates can get a special discount to stay at the hotel.