11 Songs You Need To Listen To When In Barcelona 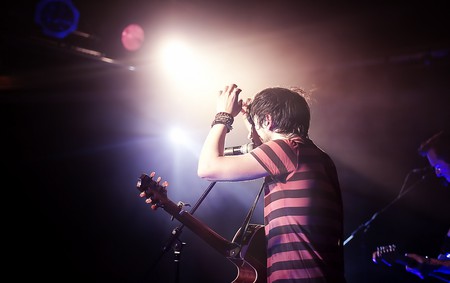 For centuries, artists of all kinds have visited the capital of Catalonia, searching find inspiration while wandering the mysterious, narrow streets, drinking absinth. We invite you to plug in your headphones and join us on a musical journey accompanied by some of the greatest local artists and those who came to the city and found exactly what they were looking for – inspiration for great music.

Barcelona’s very own Manel sings about the sea in a way that makes you dream about warm summer evenings in the best possible company; life is to be enjoyed, and the best moments are meant to be shared with good music and good company.

Young and charismatic singer-songwriter George Ezra made it to the Top 10 in many countries with hits like “Budapest,” but the artist’s devotion to the city of Barcelona is not to be forgotten.

Catalan alt-pop band Love of Lesbian made it to the MTV Music Awards in 2012. The sextet produces their own unique, melancholic sounds and personal, beautiful videos.

Did you know that Manu Chao’s former band, Mano Negra, used to play in a Parisian subway before making it to the big stage? Did you know hehas his own bar in Barri Gòtic, Barcelona?

Even if the name of this group, consisting of 28 musicians, implies at least one member was born in Barcelona, they all originate from the Swedish city Jönköping. The video is the first one the group ever made and was released in 2008.

The style of Barcelonian band Dorian is heavily influenced by indie rock and electronic music, leading the band to ride their own new wave since 2004. The video is the first part of a trilogy that unveils the story image by image.

If you ever find yourself missing those warm, careless summer days when everything and anything is possible, push play on “Bicicletes.” Catalan band Blaumut takes you on a bike ride that you will want to repeat again and again.

Born and raised in Barcelona, blind pianist Tete Montoliu played with some of the biggest jazz names including Dizzy Gillespie and Dexter Gordon. The melodic flow of his trio leaves the listener feeling light and happy, appreciating every key Tete touches, bringing out the best of ’60s jazz.

Sabadell-born artist Albert Pla interpreted the famous song, “Walk on the Wild Side,” originally performed by Lou Reed. Quite funnily, the artist’s style and charisma create a light, enjoyable four-minute experience that is guaranteed to leave a smile on your face.

Gertrudis, one of the pioneering groups of the fusion of rumba Catalan, celebrated their 15th anniversary in 2015. Their music, full of rhythm, makes you want to drum along on the table.

Last but not the least, “Barcelona” was first released in 1987 as part of the eponymous album recorded by Mercury and Caballé. The song was composed originally for the Summer Olympic Games of 1992, the combination of pop and opera leaves the listener speechless.