11 Great Things to do with Kids in Ibiza 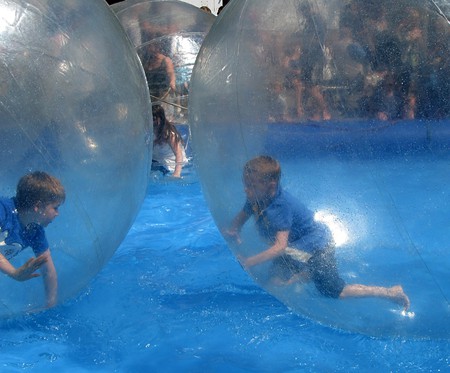 Ibiza may be known as a party destination and a clubbers’ paradise, but with great weather, stunning beaches and a plethora of things for children to do, it’s also a fantastic place for families. Here’s our rundown on some great activities to try with kids while you’re on the island.

Ibiza Horse Valley, in the north of the island, offers the chance to see forests, mountains and beaches on horseback, on either a half-day or full-day excursion. It’s a fantastic way to experience the island, and they accept riders of all levels, from complete beginners upwards, but you must be over 12 years old and weigh under 90 kg (14 stone). Group sizes are never large (maximum eight people) and there are always two guides. They can also arrange customised trips with camping and swimming. Active Ibiza is more suitable for younger children and inexperienced riders and offers packages where kids have an introductory lesson in the paddock before being lead out on a short hack through the fields with an instructor.

You may think that holidaying with kids means your days of enjoying a leisurely beach-club afternoon are over, but some beach clubs have tuned in to this problem, and thoughtfully created special kids’ areas so they can play while you sit back and relax. El Chiringuito, on the particularly beautiful Es Cavallet beach, and Beachouse in Playa d’en Bossa, both have dedicated kids’ areas, in the form of Little Chiringuito and Little Beachouse. These areas offer kids the chance to draw, paint, do crafts and hang out with other kids. These clubs also have fantastic kids’ menus, with the likes of grilled sea bream and mini burgers, as well as vegetarian pasta and rice options.

If your kids don’t get car sick, and you think they’ll get a thrill from bumping around off-road in the back of an all-terrain, open-top jeep, Ibiza Jeep Safari is worth looking into. A day out on these safari jeeps gives you a chance to see parts of the island you otherwise wouldn’t see, in rough terrain accessible only in a 4×4 or on foot, and also gives you the opportunity to learn about local birds and wildlife. There will be a chance to swim at a stunning remote beach, and although it’s not cheap, the price includes transfers to and from your hotel, and a fantastic lunch in a rustic finca. Children must be over six years old.

It’s not always necessary to have an organised activity planned; sometimes hitting the beach is the best (and easiest) thing to do with kids. Ibiza has numerous fantastic beaches, some of which are perfect for families, whether you want water sports and restaurants, or simply a picnic on the sand and a nice spot for swimming. Cala Llonga has a huge stretch of sand, shallow waters, water sports, restaurants and even a kids’ play area, while nearby Cala Llenya is quieter, and has shade from the pine trees at the back of the beach, making it perfect for picnics.

Plenty of parents frequent the numerous yoga retreats on the island, or at least try the odd class in their hotel, so why not let the kids in on some of the action? Yoga is known to benefit the health of people of all ages, and Pranasol offers not only kids’ yoga classes, but also mother and baby (and partner) classes and family classes, so that you can all join in together. For children who love the water, or those who need to build their water confidence, they also offer kids’ aqua yoga (suitable for babies aged just six months right through to teenagers).

#schoolsoutforsummer and that means that #pranasolkidsaquayoga (and #pranasolkidsyoga) is about to recommence and we are so excited! Especially about our new #chakra noodles. PranaSol Kids #aquayoga is unique to PranaSol and #ibiza Our combined 280hours @rainbowkidsyoga Yoga training, dedicated aqua Yoga training with Sunpower AquaYoga and @birthlightyoga we have fused the perfect class for kids of all ages (6months-teens) to exercise, learn and have fun in the heat. Our #fun and #educational toys (known to us as tools or props) for kids to creatively learn stimulating them mentally, physically and emotionally as we #adventure through the seas, lakes and rivers of their imagination (all whilst in the pool) having fun and keeping cool! dm or info@pranasol.com for details while we have a couple of spaces available for your mini yogis • • • #ibizakids #kidsyogateacher #yogaeveryday #yogalove #waterlove #funlearning #pranasol #enhanceyourlife

Mini Ibiza is part of the Club de Campo sports and country club, and has a well-equipped and spacious playroom as well as a lovely garden and play park. You can hang out with your kids in the garden or play area, but they also offer a childcare service where you can leave your kids to be entertained with arts, crafts and free play (for over threes) while you go off and do your own thing. They also run various workshops for older kids (up to 12 years) over the summer period. All in all, a fantastic service in a gorgeous location.

It would seem remiss not to take at least one boat trip with your kids while holidaying on an island. For a full day out, you can take one of the regular ferries to the nearby island of Formentera, hire bikes and explore its incredible beaches, or for a more local excursion, Chilli Pepper Charters operate very relaxed afternoon and sunset excursions from San Antonio, which include drinks, snorkelling equipment and floats.

Most kids (and a lot of parents) love a water park, and if you fancy a change from the beach, they can make a great day out for all the family. Aguamar water park (next to Space nightclub), in Playa d’en Bossa, has plenty of parking, a range of different slides and pools (including paddling pools for smaller kids), picnic areas, a decent restaurant and a play park. For kids and adults who can swim, Ocean Mania Waterpark in San Antonio is great fun, and is essentially an inflatable playground in the sea. The park is a bit like an assault course, and the inflatable circuit has rope swings, trampolines, balancing beams and slides.

Ibiza’s famed hippy markets can make for a colourful and fun-filled day or evening out, with the chance to browse for souvenirs, enjoy a meal and see some live music. If your kids are old enough to stay up after 7pm, Las Dalias night market is on every Monday and Tuesday night (7pm–1am) from June to September, and on Sundays in August. There are plenty of stalls selling goods for kids, from handcrafted toys to clothes, key rings and other knick-knacks. Punta Arabi is the oldest and largest hippy market on the island, and is on every Wednesday from 10am during the summer months. Not only does this market have great food, great shopping, and lots of live music and other acts, but it has a dedicated area for kids, where they can have their face painted or make their own souvenir or T-shirt using recycled craft materials.

Often referred to as ‘the Lobster Cave’, Cap Blanc Aquarium is located in a large natural cave, which was once used as a nursery for lobsters, which were then exported to mainland Spain. Due to the quality of the water and the naturalistic environment, the cave is often used to house rescued sea turtles before they are released back into the wild, and there is a wooden walkway over the water, as well as tanks containing examples of other Mediterranean sea-life. From colourful fish such as the rainbow wrasse, to sea sponges, starfish, shark eggs and other marine life, there is plenty to keep children engrossed. When you’re done in the cave, there’s a decent sea-front cafe on the terrace.

Park
Facebook
Email
Twitter
Pinterest
Copy link
Share
Older kids will love Air Zone Park so much that you’ll find it hard to tear them away. Known as ‘zorbing’this activity involves being harnessed inside a transparent inflatable ball and then rolling, bouncing and spinning down an inflatable slope. You can also play zorb football (a game known as ‘bumper’), where your legs are free of the inflatable and you attempt to play football while bouncing off the other players in their zorbs. If playing football at the same time as being a human bumper car isn’t hard enough, the hysterical laughter that ensues will make it even harder. The most hilarious games of all are those in the water – there are bright-yellow inflatables like hamster wheels in the pool, as well large balls that are inflated and sealed once you are inside, so you then clamber around inside while the ball spins around on the water.
Give us feedback