Approximately 60 kilometres southeast of Bilbao, Vitoria-Gasteiz is often overshadowed by its famous Basque neighbours – Bilbao and San Sebastián; however, it is now becoming a tourist destination in its own right. Here are ten things you didn’t know about Vitoria-Gasteiz.

1. It is actually the capital of the Basque Country.

Other Basque cities such as Bilbao and San Sebastián may be a lot more famous than Vitoria-Gasteiz, but the city is actually the capital of the Basque Country and at the heart of its culture.

2. Its centre is virtually traffic-free.

Visitors will find that walking around the city of Vitoria-Gasteiz is an easy and pleasant experience, with its traffic-free centre. The city is divided into blocks, and traffic has been redirected around huge super-blocks, creating large sections of the city for residents and visitors alike to enjoy. 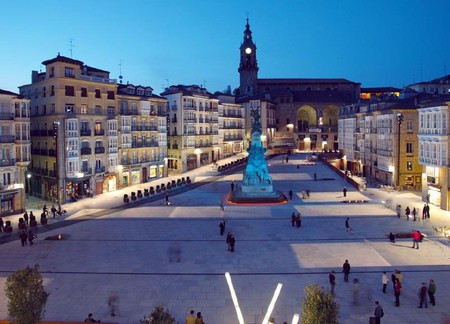 3. The city’s pintxos are just as good as you’ll find in San Sebastián or Bilbao.

Shhh…don’t tell. If you’re looking for excellent pintxos (Basque-style tapas), San Sebastián and Bilbao are not the only places you can sample them. The bars in Vitoria-Gasteiz may not be award-winning, but their mini meals on a stick can be just as good – and cheaper, too.

Where else in the world can you find a playing card museum? Housed inside the city’s exquisite Bendaña Palace, the Fournier Card Museum showcases cards dating as far back as the 15th century. The museum is home to one of the best collections in the world, due to the fact that the Naipes Heraclio Fournier card company was actually based in Vitoria. The founder of the company decided to donate his private collection to the museum, which features historic cards from the entire world, as well old machinery used in their production.

5. The city boasts one of the best preserved medieval centres in the Basque Country.

Many of the buildings in the centre of town date back the 15th century, and the centre is surrounded by an 11th-century wall, complete with watch towers. Built on top of a hill, the strategic position of the old town helped Vitoria to become an important stronghold during the 11th and 12th centuries. 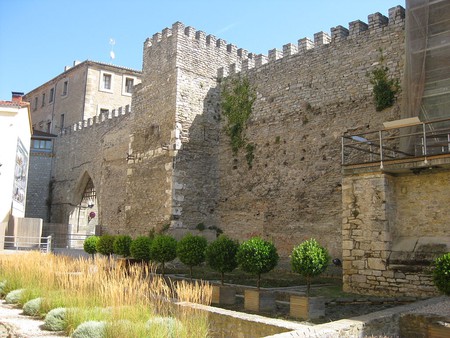 6. Vitoria was named the Green Capital of Europe in 2012 by the European Commission.

Yes it’s quite a statement, given that the Guggenheim is one of the most celebrated modern art museums in the world, but the Artium, Centro-Museo Vasco de Arte Contemporáneo can offer an experience just as rewarding. Inaugurated in 2002, its collection includes works by artists such as Miró, Picasso, Tàpies, Ameztoy, Chillida and Basterretxea. 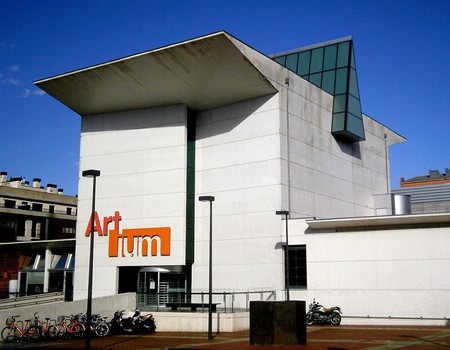 8. Vitoria-Gasteiz was instrumental in bringing the country of Spain together.

It might seem unlikely, as Vitoria-Gasteiz is part of the Basque Country, but it actually played an important role in ending the Peninsula War between France and Spain and bringing the country together. During the ‘Battle of Vitoria’ (June 21, 1813) against Napoleon’s troops, the British, Portuguese and Spanish all worked together to help beat the French and take back the crown for Spain and King Fernando VII.

The construction of the impressive María Inmaculada Cathedral first began back in 1907, but was halted just seven years later due to lack of funds. The building work was abandoned for many years and only continued in 1946 – after the Spanish Civil War. Even though it was consecrated as a cathedral in 1969, it was still not completed. Today, the cathedral is still missing a portico and two towers that featured in the original designs. 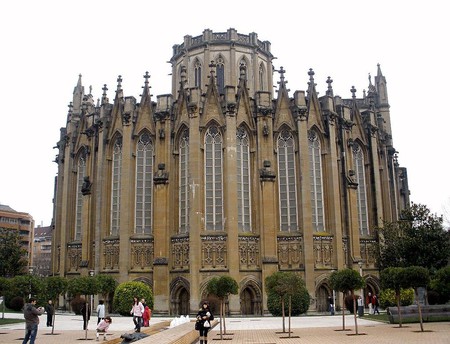 10. The city’s mascot is a sculpture of a man walking.

Known as El caminante (The Walker), the statue is located on Arca Square and measures 3.5 m high. Made from bronze and created by Juan José Eguiazábal in 1985, this tall skinny man has become somewhat a symbol of the city. It is supposed to represent a visitor or traveller who comes to the city, walks around and loves it so much, they decide to stay.