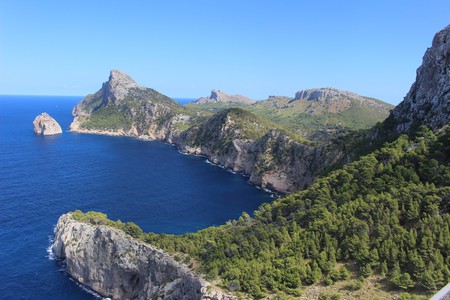 Viewed by some as little more than package holiday destination, you don’t have to dig too deep to discover that Mallorca has a lot more to offer than cheap beach resorts. The largest island in the Balearics has a rich history, a dramatic interior landscape, and some great food and local wines, so you’ll find that there is a lot more to do than just sunbathe. We’ve put together a list of ten things you probably didn’t know about Mallorca.

Not only does La Seu – Palma’s iconic gothic cathedral – have one of the world’s largest stained glass windows, but it also stands on the site of a Moorish-era mosque, meaning that anyone kneeling at its altar is facing Mecca rather than Jerusalem, which would be the norm for Christian worship. Famous Catalan architect Antoni Gaudí also had a hand in some of the more recent interior restorations of this magnificent cathedral, which is well worth a visit.

The island has one of the world’s largest underground lakes

There are many large and spectacular cave systems on the island, with the Cuevas del Drach in Porto Cristo being the most famous. These caves were first explored in the late 1800s and contain Europe’s largest underground lake (also one of the largest in the world). Extending for 1,200 metres, tours of the caves take you through various different areas, with incredible stalactite formations, turquoise waters in the Baths of Diana, a floating classical concert and end with a boat trip across the aforementioned lake. 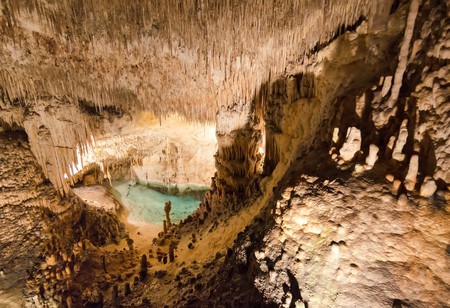 Vine cultivation has been taking place on Mallorca for centuries and historically Mallorcan wines were particularly popular with the Royal Courts on the Spanish mainland. When an infestation of aphids wiped out the vines in the late 19th century, farmers had to find another source of income and most of the vineyards were replaced with almond groves. These days, with some heavy investment, Mallorca’s wine industry is starting to boom again, with many wines winning awards year after year. Vineyard tours, such as those at Bodega Ribas – one of the oldest in Mallorca – are a popular holiday activity.

British TV chef Rick Stein visited Mallorca when filming a TV series about Mediterranean cuisine. He lunched at Es Verger, a rustic and traditionally Mallorcan restaurant, near Alaró, and declared the slow roasted lamb (cooked in beer in an ancient wood-fired oven) to be the best lamb he’d ever eaten. Visitors flock to this restaurant on the basis of this statement, and it makes a particularly good pitstop after the walk up to the ruins of Alaró Castle. 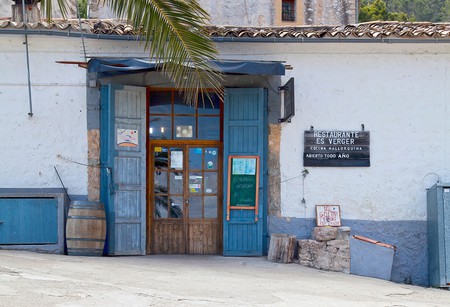 It has one of the only circular castles in Europe

Bellver Castle, perched on top of a wooded hill watching over the Bay of Palma, is unusual in being one of only a few circular castles in Europe and the only one in Spain. Built in the early 1400s by King Jaume II as a royal residence (and later used as a prison), the round building has three semi-circular towers, and a further large tower attached by a bridge over a moat. In the 1930s, the castle and the surrounding woods were gifted to Palma City Council and the castle is now open to the public and houses an excellent museum dedicated to Mallorca’s history. The spectacular inner courtyard has a series of gothic arches around it on the upper floor, and there are often concerts and events staged in the centre. 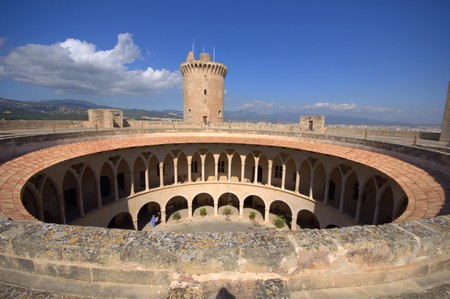 The uniquely Mallorcan ensaïmada – a sweet, coil-shaped pastry – was first mentioned in literature in the early 17th century. At the time, wheat flour was used exclusively for making bread, and these early recipes are one of the first known examples of flour being used to make sweet delicacies in Europe. The pastries are traditionally made from pork lard (saïm meaning pork lard in Catalan) and although sold all over the island, only some bakeries display the official plaque, indicating that their ensaïmadas are the real deal. 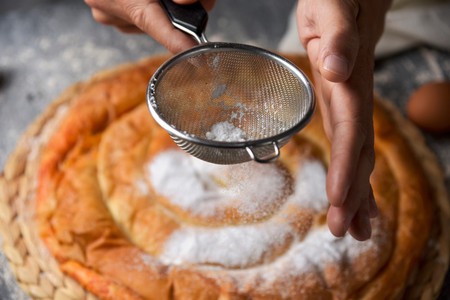 The largest private swimming pool in the Balearics is here

British TV show Love Island is filmed in Mallorca, in a private villa in the pretty village of Ses Salines – also famed for its salt production. The villa boasts the largest private swimming pool in the Balearic Islands – lagoon-shaped and truly enormous, the sensational pool is designed to look like the shoreline. The villa itself is pretty impressive too and was reportedly built as an exact replica of another property in France. Sadly, it’s not available to rent.

Es Trenc has a 25-tonne takeaway

Es Trenc is one of Mallorca’s most famous beaches, particularly known for its rugged, wild beauty. With two kilometres (1.2 miles) of white sand and crystal-clear turquoise waters, it is no surprise that it is one of the most popular spots on the island. Although not attached to a resort and relatively remote, there are still lifeguards, toilets and nearby restaurants. Over 500,000 people visit this beach every year, and it is estimated that those visitors take away 25 tonnes of sand (on towels, feet and swimwear).

A rare species of toad re-emerged from history

The Mallorcan Midwife Toad was initially found in fossilised form and thought to be extinct, until live toads were discovered in the late 1970s. Now a protected species, there are thought to be only 500 breeding pairs in the wild. Endemic to Mallorca, these toads are only found in the gorges and streams of the Tramuntana mountain range and has evolved to have a flatter body, allowing it to squeeze into tiny crevices in the rocks. As with all Midwife Toads, the males carry the eggs on their backs, with poisonous warts protecting the toad from attack. 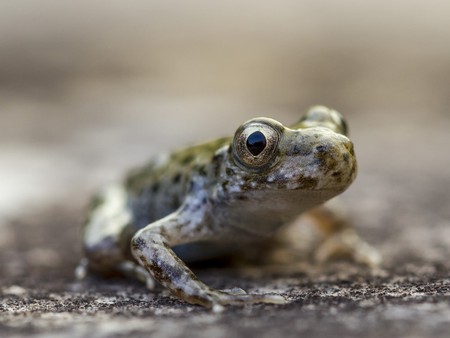