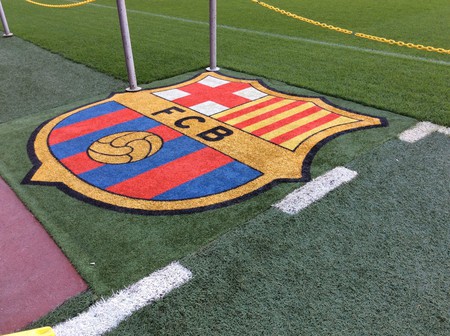 Think you know everything there is to know about FC Barcelona? We bet that at least one of these facts will come as a surprise. Read on to brush up on your knowledge of one of the most celebrated football clubs of all time.

Barcelona has more than one club

That’s right. Many football fans are unaware that there is in fact another football team based in Barcelona which enjoys strong support in the city. The RCD Espanyol was formed back in 1900 and was the first football team in Spain to be formed entirely of Spanish players. It is closely associated with the affluent neighbourhood of Sarrià located on the outskirts of the city and unsurprisingly has a history of rivalry with FC Barcelona.

They invented their own style of play

Perhaps one of the most famous Barca players – and managers – of all times is the Dutch born Johann Cruyff. He joined Barcelona in 1973 after a stint at Ajax and played with the club for a few years before moving to America. However Cruyff returned to Barca in 1988, this time as manager, where he is credited with the creation of the world-famous ‘Dream Team’, including Pep Guardiola, José Mari Bakero and Txiki Begiristain. Perhaps more importantly, he is behind Barcelona’s distinctive style of play, known as tiki-taka, as well as the Total Football philosophy. 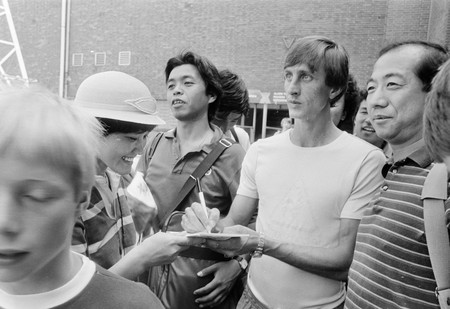 The club is owned by its club members

The FC Barcelona is one of the few clubs in the world to be owned by the club members themselves. Together these members form the governing body of the club and in 2016 there were an estimated 140,000 socis or members in Catalan. Not a bad club to be part of when you consider that Barca was recently ranked second most valuable club in the world by Forbes magazine.

History of affiliation with the Catalan nationalist movement

From its inception the club has had strong ties with the Catalan nationalist movement, with both supporters and management seeing the club as a symbol of local identity. At the outbreak of the civil war, the club president Josep Sunyol – a staunch supporter of independence – was assassinated by Falangist troupes. One day in 1951 supporters walked back into town after a match, on foot in the rain, instead of taking the trams, in support of the local tram workers who were on strike against the authorities. 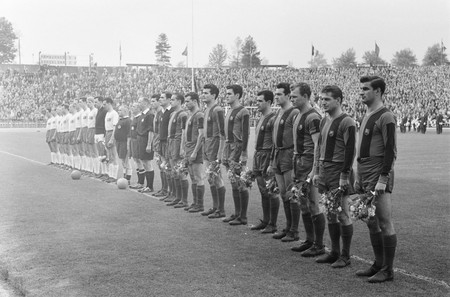 The club was founded by a Swiss man

Despite its close association with Catalan identity, the club was actually started by a Swiss entrepreneur, Hans Gamper – who also co-founded FC Zürich. Keen to form a local team, he placed an advert in a local newspaper suggesting a meeting in a local gymnasium, attended by 11 people. He later went on to become club president and changed his name to Joan Gamper in order to make it easier for locals to pronounce his name.

Despite the club’s overwhelming popularity at home and abroad, games at the Camp Nou stadium are notorious for having a less than lively atmosphere. While the games are shown in bars and cafés across the city, relatively few locals head to the stadium. Some believe that this is in part due to the high cost of tickets, driven by the popularity of matches among tourists visiting Barcelona. 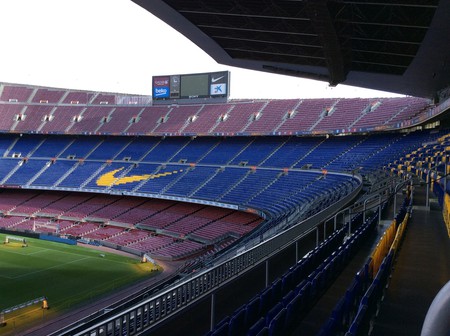 The most popular ‘second-team’ in Europe

Surveys have shown that when asked what their second favourite team is, most Europeans are quick to respond, FC Barcelona. The club has won the hearts of many a football fan, they are also one of the most popular teams on social media. There’s something to Tweet about.

The club with the most Ballon d’Or winners worldwide

The club has seen a grand total of 11 of its players awarded this prestigious award, three more than the second most rewarded clubs, Real Madrid, Juventus and AC Milan (which all tie at eight). Of the eleven no player has done more for the club’s ranking than the Argentine, Lionel Messi, who has won it four times since 2011 and been nominated a further two times. 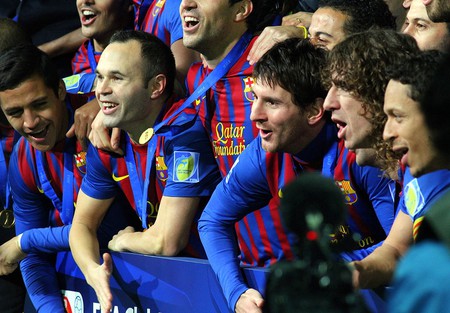 Franco made the club change their name and official language

With its history of Catalan pride, the club was the focus of much negative attention from the authorities during the Franco dictatorship. They were forbidden to use the Catalan language and required to remove all Catalan flags and symbolism from their shirts. The club was also forced to change its name to Club de Football de Barcelona – which it changed back in 1974.

Their supporters are nicknamed ‘the arses’

This less than glamorous nickname is said to hold its origins in the early days of the club, back when they used to play in their first stadium in the neighbourhood of Les Corts. Rumour has it that supporters on the top row of the stadium would sit with their behinds dangling over the stand, resulting in passersby noticing nothing but row after row of ‘culs‘.