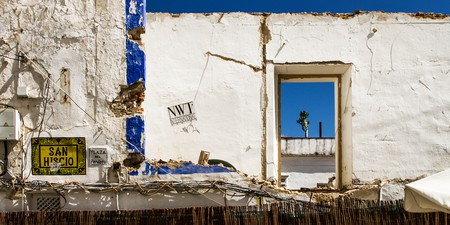 Occupying the most southerly point of Continental Europe and just 15 kilometres from Africa is Tarifa, Europe’s unofficial kitesurfing capital. Read on for 10 things worth knowing before a visit to this beautiful southern-Spanish town.

Tarifa occupies the southernmost tip of Continental Europe and is actually located further south than the African cities Algiers and Tunis; indeed, signposts on some of the beaches point out that Africa is just 15 kilometres away. The only European destinations to the south of Tarifa are Malta, Cyprus and the Greek islands of Crete and Gavdos.

Tarifa’s position at the junction of the Mediterranean and Atlantic oceans gives it a uniquely windy climate, which has made it Europe’s most popular wind and kitesurfing destination. For more than 300 days a year, a mixture of two strong winds sweeps its beautiful beaches: the Levante blowing east from Africa, and the Poniente, coming west from the Atlantic. It’s also said that this gusty climate can drive people mad. 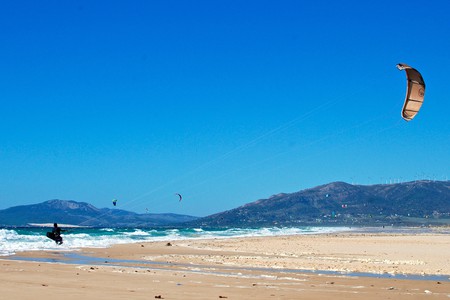 It’s named after a Moorish invader

Tarifa takes its name from an 8th-century military commander named Tarif ibn Malik. Under the leadership of the Umayyad general Tariq ibn Ziyad, who would wrench southern Spain from the Visigoths in 711, Malik was dispatched from north Africa in 710 to test defences on the southern Spanish coast. His disembarkation point was the city that now bears his name.

The Strait of Gibraltar – the narrow stretch of water that separates Tarifa from north Africa – supports a sizeable population of long-finned pilot whales, minke whales, sperm whales and orcas (killer whales). April to October is prime whale-watching season (there are several local tour providers), while orcas are particularly prominent from mid-July to mid-September, as they hunt tuna heading for the Atlantic. 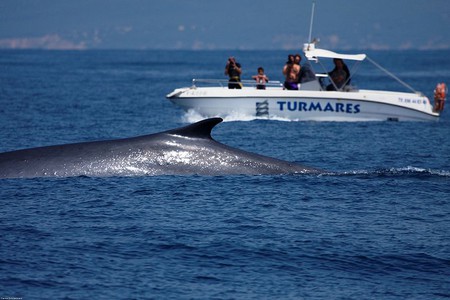 Whale watching in the Strait of Gibraltar | © Carine Zimmermann / WikiCommons

Tangier is only half an hour away

The intriguing city of Tangier can be reached by ferry in just 35 minutes from Tarifa, and is well worth a day-trip. A confluence of different cultures for centuries, it was declared an “international zone” in 1923 and placed under Spanish, British and French control, before gaining sovereignty as part of an independent Morocco in 1956. Key attractions include the Grand Mosque and the old walled city (medina).

It has a distinctive bohemian vibe

Thanks to its popularity among surfers, who flock to the Levante-swept beaches from all over the world, Tarifa has a chilled, bohemian vibe all of its own. From the grungy chiringuitos and alternative nightlife to the shabby beauty of its old town, this is a city quite unlike any other in southern Spain. If the incessant wind doesn’t blow away your sanity, you’ll be back time and again. 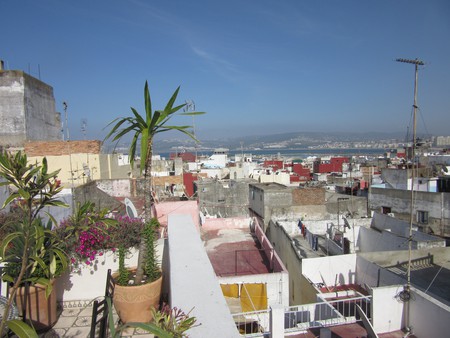 The central square has three names

Tarifa’s pretty main square is found in the heart of the old town and has three names. Although formally called Plaza de Santa Maria, it still also bears its old name of Plaza Alfonso XII, after the 19th-century Spanish king. Yet the locals refer to this lovely space as Plaza de la Ranita (Little Frog Square), because the star-shaped fountain at its centre is surrounded by eight ceramic frogs.

The Puerta de Jerez is the only Moorish entrance still standing

The chunky Puerta de Jerez is the only one of four original entrances to the old town that still stands; originally, it would have opened on to the northbound road to Jerez de la Frontera. Some sources date it as far back as the 9th century, while others say the gateway was built in the 13th century. The plaque it bears commemorates the capture of Tarifa from the Moors by King Sancho IV in September 1292. 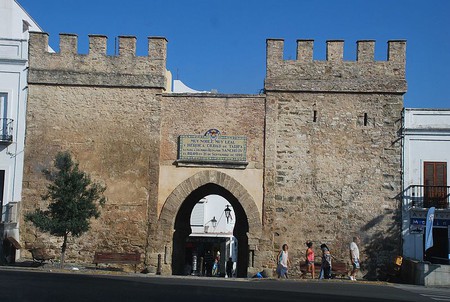 Guzman Castle is the key attraction

Tarifa’s key architectural attraction is the Castle of Guzman El Bueno. It was built on the orders of the Caliph of Córdoba in the 10th century, to protect this strategically located town against invaders from both north and south. The castle takes its present-day name from Alonso Perez de Guzman, the commander who protected Tarifa from a Moorish siege in 1294; afterwards, he was named El Bueno (The Righteous) by the king.

It has some of Spain’s most beautiful beaches

The beaches around Tarifa on the Costa de la Luz (The Coast of Light) are among the most beautiful in Spain. Two are particularly popular: located about a 15-minute drive north of the city is Playa de los Lances, an unspoiled stretch of golden sand 10 kilometres long. Surfers and kite surfers, meanwhile, head a little further north to the Playa de Valdevaqueros, where the Levante has shaped some amazing dunes. 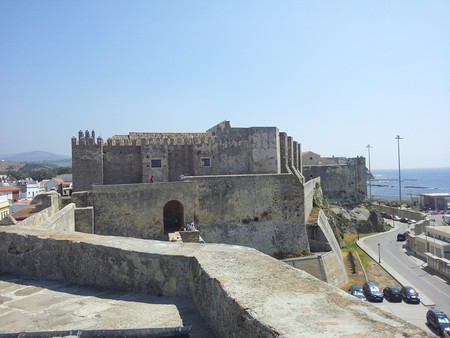