10 Things to Know Before Travelling to the Balearic Islands 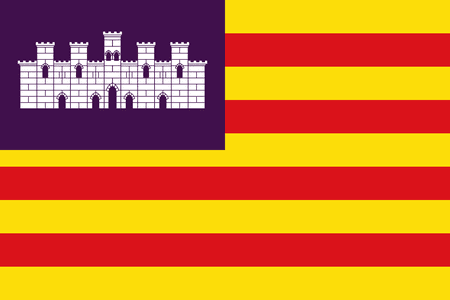 Flag of the Balearic Islands

Thinking of travelling to the Balearic Islands for the first time and want to know the basics? Here’s a run-down of some of the most important things a virgin visitor to this Mediterranean archipelago should be aware of.

Each island is very different

The Balearics comprise of four main islands, these are (in order of size) – Mallorca, Menorca, Ibiza, and Formentera. And each has its own distinct character, from the blissed-out, party isle of Ibiza to the rustic serenity of Menorca, from the varied and cosmopolitan Mallorca to the simple, hippy-tinged Formentera. Be sure to decide which island best suits what type of experience you’re after.

It comes as a surprise to many that most native islanders grow up with a form of Catalan as their first language. While all natives also always speak Castiliano (Spanish), the dialect of Catalan varies between islands, with Ibicenco spoken on Ibiza and Formentera, and Mallorquín and Menorquí on the others.

Overcrowding can be a problem

With the huge surge in numbers of tourists visiting the Balearic islands (over 13 million/year at the last count) some overcrowding is inevitable at peak season. Head to a popular beach in Mallorca in August, and you’ll be lucky to find a spot not inches away from other sunbathers. All is not lost, however, as beach-friendly weather stretches either side of the summer months, or head to the harder-to-reach spots for emptier beaches. 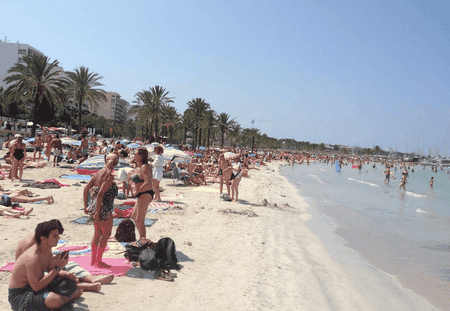 It’s not just about the beaches

While certainly the majority of visitors to the Balearics are here for the three S’s (sun, sea, sand) there is a whole lot more to the islands that just pretty, sun-soaked coastline. Mallorca’s Tramuntana mountains, for example, are a stunning mountain range popular with cyclists. Or Menorca has the fabulous Camí de Cavalls footpath that circumnavigates the whole island. 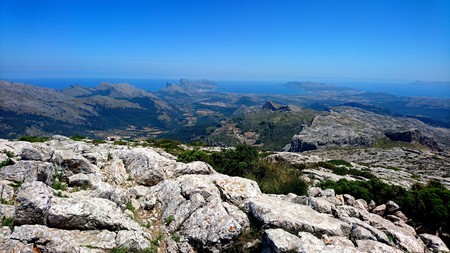 They have a rich and fascinating history

From the first ancient native civilisations, through numerous conquests and a steady stream of interesting characters who have made the Balearic Islands their home, the archipelago has a surprisingly rich and diverse history. Menorca alone is home to over a thousand megalithic sites, while all four of the islands are scattered with historical monuments, ancient edifices, and archeological sites. History-lovers will particularly not want to miss the charming historical centres of Palma de Mallorca and Ibiza Town. 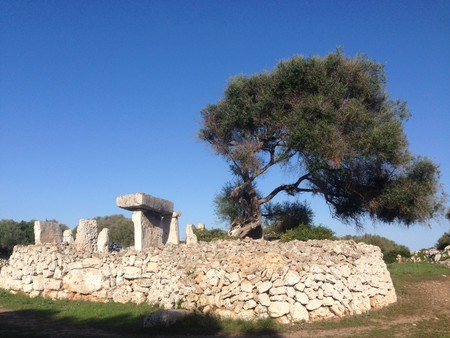 Be prepared for festivals

The Balearic Islands are no different from mainland Spain in that they find any excuse for a party. And with a calendar jam-packed with religious festivals, it can sometimes seem like there’s always some event or other happening. One of the most dramatic is Mallorca’s Nit de Foc or Night of Fire when during the summer on the eve of Saint Joan, Palma plays host to bonfires, fireworks, and the Correfoc or Fire Run when devils run through the streets with firecrackers and fireworks.

The siesta is still respected

The siesta is certainly still a thing in the Balearics, though few actually use the time for a nap. Mostly islanders just go home to eat lunch and spend time with their family, so offices and shops usually close. You can even find restaurants and cafes closing over lunch, which can be frustrating! However, they often stay open well into the evening.

Mallorca and Menorca particularly excel when it comes to locally-made produce and products. The bigger island features a wide selection of olive oil, wine, sausage, and salts, while the smaller is deservedly famous for its outstanding cheese and excellent gin, plus its world-renowned sandals. 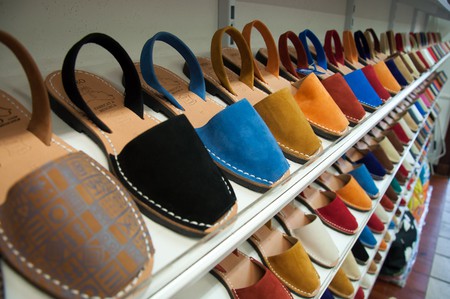 You shouldn’t drink the tap water

While the tap water in most of mainland Spain is considered fine to drink – especially in the bigger cities – this doesn’t extend to the Balearics. It is considered perfectly safe for brushing teeth, boiling food, etc though often very high in salts and minerals, the taste is unpleasant and can be detrimental to health in the long term. Palma de Mallorca scores particularly low for its tap water quality, with high mineralisation, chorine levels, and general contamination.

You don’t need to tip generously

While most of us are programmed to tip that 10-20% of the bill in a restaurant, such generous tipping just isn’t part of the culture in the Balearics. Most diners will happily round up or leave a couple of euros extra, though any more than that and you might get the waiter chasing after you thinking you’ve accidentally left your change. This also means you’ll almost never see that pesky automatic service charge, at least outside of the bigger hotel chains.