10 Things to Know About the Festes de Santa Eulàlia, Barcelona 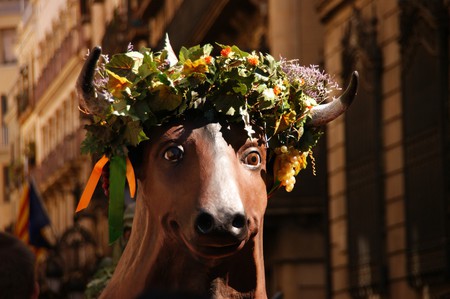 A traditional float in Barcelona © PhotographYeah!

Eulalia of Barcelona is the city’s patron saint

As such, she is the Roman Catholic saint who is said to protect and guide the city. This is why, in return, Barcelona residents worship her and hold a special celebration for her on her day – February 12th – and the days leading up to it.

She shares this privilege

However Saint Eulàlia isn’t the only patron saint of Barcelona, she shares this title with Our Lady of Mercy or La Mercè for short in Catalan. Legend has it that La Mercè was so upset when she was made to share the title of patron saint that she makes it rain each year on her celebration, September 24th. 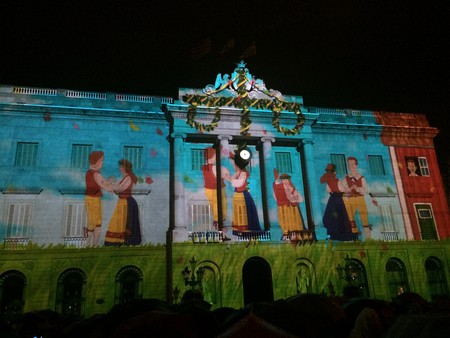 Saint Eulalia was a martyr

Alive during the 3rd century AD, Eulàlia was a 13 year old Roman Christian who lived in Barcelona and was persecuted for her faith. She was subjected to 13 different types of torture before finally being killed because she was not willing to relinquish her Christianity.

Barcelona’s Cathedral is named after her

While most people know it simply as ‘Barcelona Cathedral’ or by its nickname La Seu, the famous church is in fact called the Cathedral of the Holy Cross and Saint Eulàlia in homage to the one and only Saint Eulàlia of Barcelona. 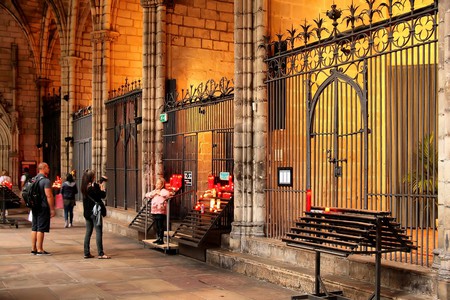 Watch out for La Laia

One of the highlights of the celebrations is the procession of giant figures known as Les Laies, or The Laias. The name ‘Laia’ is an affectionate diminutive of Eulàlia and these figures, made by various groups in the city, represent Saint Eulàlia.

The Festes de Santa Eulàlia have remained a local celebration with a traditional feel, no high-tech animations or modern parties. Instead, the celebrations feature the best of Catalan tradition such as sardana dancing, correfoc fire runs and castells or human pyramids. 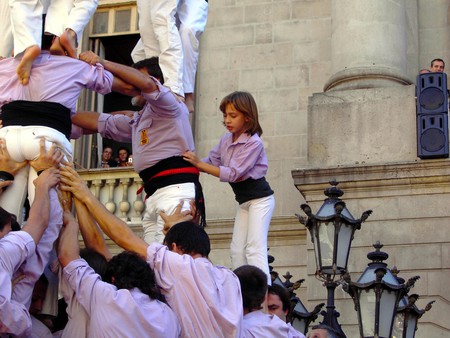 There’s even a fancy mule

Perhaps one of the quirkier features of the Festes de Santa Eulàlia is the Mulassa de Barcelona: a figure of a mule draped with a cover and carrying a bouquet of flowers in its mouth. The Mulassa makes an appearance in many traditional Barcelona celebrations and is generally expected to shoot flames and firecrackers from its mouth during the procession.

There will be lots of fire

Many Catalan celebrations involve fire in various forms, the most common of these traditions being the correfoc: devils and other ghoulish mythological creatures set off sparklers and fireworks which members of the public must then avoid. If it sounds like a health and safety nightmare, Catalans are more than used to wearing appropriate clothing and dealing with the odd spark. 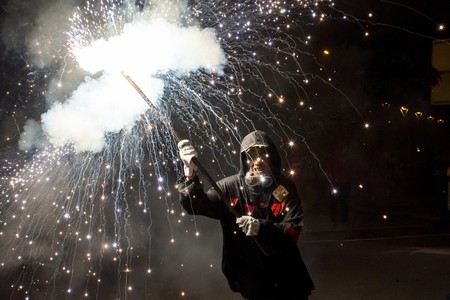 In fact, in recent years the celebration has focused on younger participants by offering a range of child-friendly activities. The public dances are designed to be inclusive of little ones and the processions are full of fun, friendly figures which children love.

Alongside the Festes de Santa Eulàlia, the local council organises a nighttime light show known as Llum BCN. The event includes hundreds of light installations by local artists and students from local art, design and architecture schools. These light shows are installed in the indoor and outdoor spaces of a particular neighbourhood and allow visitors to see the city, ahem, under a different light. 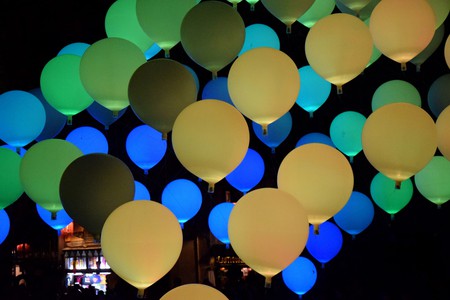