10 Things to Know About the Festes de la Mercè, Barcelona 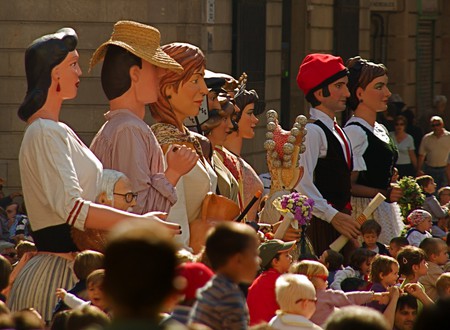 The yearly celebration of La Mercè is one of the highlights of Barcelona’s cultural calendar. From unique Catalan cultural traditions to epic pyrotechnic displays, there’s plenty to keep you entertained and amazed. Here’s your ultimate guide.

La Mercè is the patron saint of the city of Barcelona

This crazy celebration pays tribute to Barcelona’s patron saint: La Mare de Déu de la Mercè or Our Lady of Mercy. Although technically she is co-patron saint, having to share the title with Santa Eulalià who was a third century martyr.

It’s been celebrated since 1871

This is no recent affair: Barcelona locals have been celebrating La Mercè since the 19th century, when the Pope officially recognised La Mercè as the city’s patron saint. She was awarded the title after residents prayed for her to free them of the plague in the 17th century and when they were relieved, vowed to make her their saint. 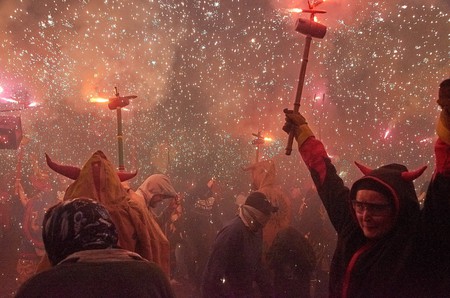 There’s a whole week of celebrations

If the official date of La Mercè is September, 24, the celebrations of La Mercè last an entire week in the run up to the final date. From colourful processions to dance performances, popular dinners and some pretty unique local traditions, there’s a lot to look out for during La Mercè week.

It’s a bank holiday – but only in Barcelona

On September, 24, business, schools and shops are closed in Barcelona – but step into neighbouring Badalona or Sabadell and you’ll find everything open. Amazingly, La Mercè is a bank holiday, but only within the limits of the city of Barcelona. 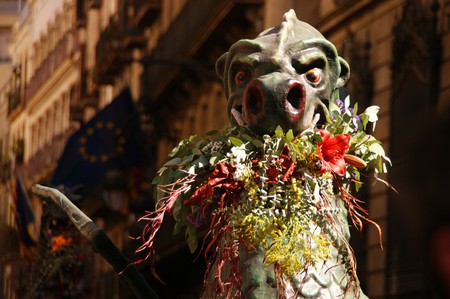 If La Mercè is among other things a celebration of the best of Catalan culture, it’s also an inclusive event which invites a different guest city from a foreign country to join in the celebrations each year. In 2017 Reykjavík was the guest of honour, and in 2018 the city of Lisbon will be joining in the fun.

La Mercè even has its own music festival

Barcelona Acció Musical or BAM is a music festival organised by the local council and run in parallel to the La Mercè festival. The concerts are all free and the program is an eclectic mix of musical genres by musicians from Catalonia, Spain and the rest of the world. 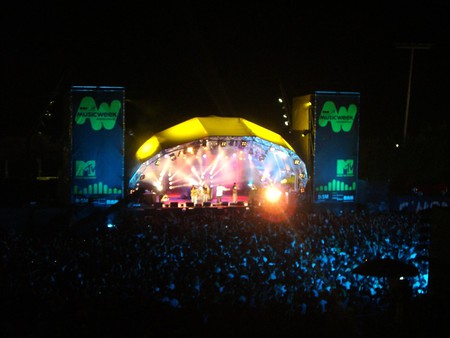 The closing firework show is unmissable

Anyone who likes fireworks will want to make sure they watch the firework show on the final night of La Mercè. The impressive pyrotechnical show usually takes place in front of the MNAC museum and the crowds stretch all the way down the Avenida Reina Maria Cristina to the Plaça d’Espanya.

Known as Els Gegants, or The Giants, these super-sized papier-maché figures depict everything from notable residents of the city, to politicians, historical figures and Biblical characters. The Giants can be seen walking through the city during the Cavalcada de la Mercè or main procession. 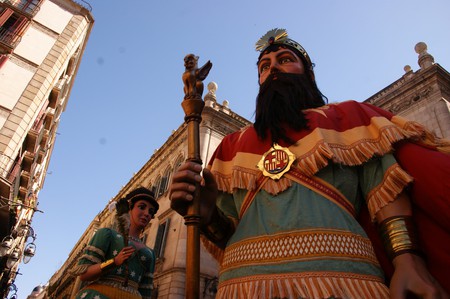 The human pyramids are awesome

Another of the incredible Catalan cultural traditions, the castells are human pyramids which can reach up to ten people in height. Incredible, the youngest participants or castellers are the ones expected to climb to the top and raise one hand to the sky.

If you want to see Barcelona at its best and witness all the most unique Catalan traditions, then La Mercè is without a doubt one of the best times to visit. Gone are the mad crowds of July and August, locals have returned from their summer holidays with renewed energy, and the city is bursting with life. 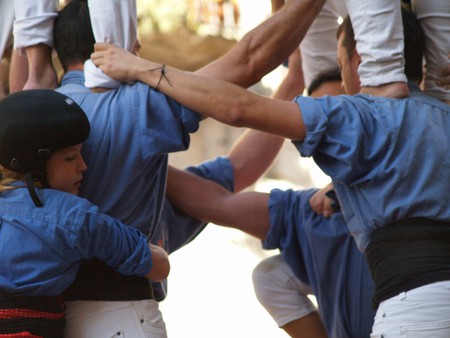