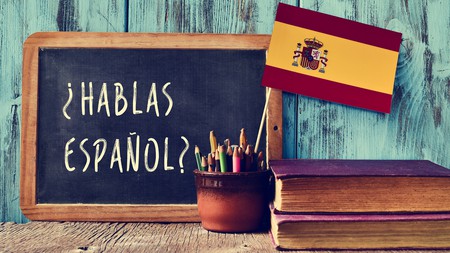 Spanish has many strange and wonderful idiomatic expressions | © Nito100 / iStock

Every language has its own idiomatic expressions that can be easily misunderstood by learners, and Spanish is especially renowned for its bizarre examples. Below we take you through 10 of the best, provided by our partner Vamos Language Academy. Once you’ve mastered these, then you’re really getting somewhere…

Learning Spanish or any other language is like opening a door to another way of thinking. Once you’re able to keep up with locals speaking fluently, all sorts of things will make your ears prick up and your eyebrows screw together as you attempt to quickly make sense of what you’ve just heard. You might understand that word, but why on earth has it been used in that context? Chances are you’ve just heard a weird and wonderful idiomatic expression – Spanish is full of them, and they’re used a lot. From riding chickens to going at ‘full milk’, here are 10 of our favourites. 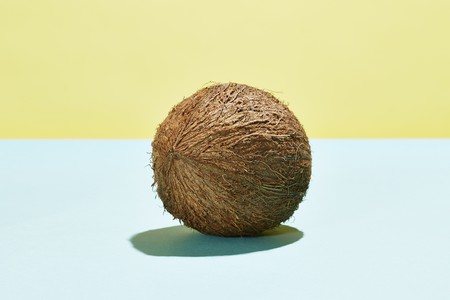 Literal meaning: ‘to eat the coconut’

Actual meaning: to try to coerce

Whether you enjoy eating coconuts or not, there’s likely nothing you’d rather eat less – when figuratively speaking in Spanish, that is. This expression is used in situations where someone feels they are being incessantly nagged to do something they don’t want to do, or agree with something they profoundly disagree with.

Translation: “Stop trying to get me to go to the party!” 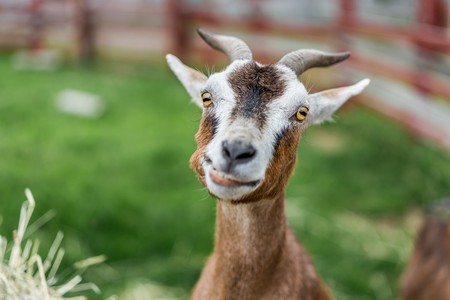 Actual meaning: to be as mad as a hatter/off one’s rocker/bat sh*t crazy

In Chinese culture, the goat symbolises piety, purity and kindness – so to be compared to one might be considered a compliment. But in Spanish, to be likened to a goat means something quite different. Typically, it will be used when someone is being very silly, or – to use an equivalent term in English slang – ‘bat-shit crazy’. But note the use of the temporary verb form ‘estar’ – this indicates that that particular person is only displaying signs of momentary madness, so there’s no need to worry.

Translation: “Pedro has drunk too much Coca-Cola. Look at him now, he’s off his rocker.” 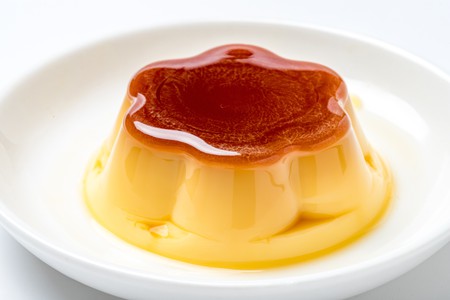 Actual meaning: to be very nervous/shaking like a leaf

Got an important exam coming up? Heading out on a first date? If such occasions make you nervous, you might say you were shaking like a leaf – or if you’re speaking Spanish, that you’re ‘like a flan’. Not the tart-like pastry kind, but the wobbly pudding that’s probably better known as crème caramel in English-speaking countries. Just think, if you order one for dessert on that date, you could point to it when it’s brought to the table and say ‘como yo’, meaning ‘like me’ – that might get a good laugh. Might.

Translation: “I have an interview in five minutes, and I’m very nervous.” 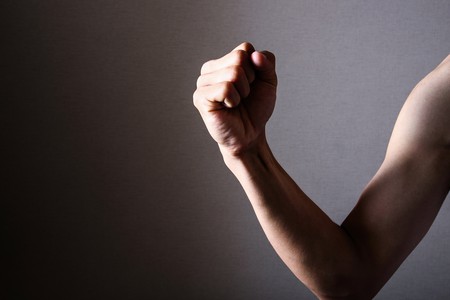 Literal meaning: ‘to stick your elbows into something’

If you want to become fluent in Spanish, you’ll need to study hard – or ‘stick your elbows into it’ as they say in Spain. Maybe not so hard though, you wouldn’t want to hurt yourself (or any of your fellow classmates). Think of it as using ‘elbow grease’, except with more mental than physical exertion involved.

Translation: “I’m going to have to study hard if I want to pass the exam!” 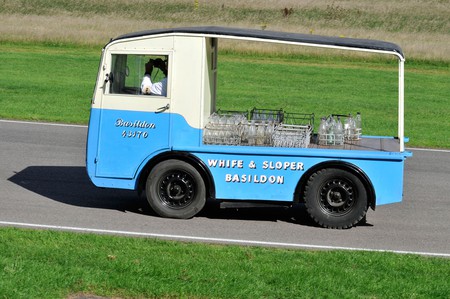 ‘Leche’ is easily one of the most useful words in Spanish. Though milk may not be the most popular thing to drink in Spain, the Spanish are – idiomatically at least – obsessed with the white stuff. One of the best examples of the word in use occurs when someone is doing something very fast. Whether it’s running, cycling, driving or even doing your homework, you won’t reach your top speed until you’re ‘going at full milk’. 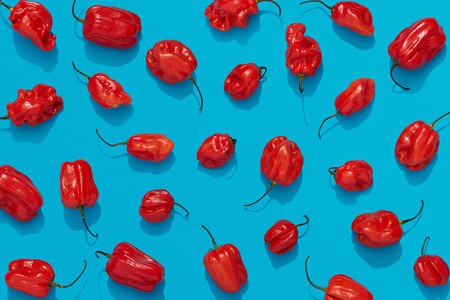 Actual meaning: to not care about something one bit

How important is a pepper to you? If you want to speak Spanish like native speakers do, then not very is the answer. This seemingly random yet widely used idiom comes up when someone couldn’t care less about something, or when they couldn’t – to use the English expression – ‘give a monkey’s’. So while peppers may not be of much value to Spaniards, at least they don’t bring monkeys into it. In Spain, that’s just taking it too far.

Translation: “I couldn’t care less about what you do.” 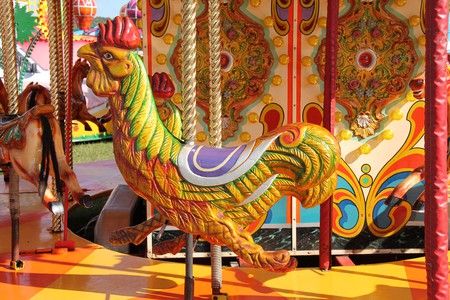 Actual meaning: to make/cause a scene

You’ve probably ridden a horse before. A camel, maybe. But a chicken? That’s unlikely. And before you start wondering if all this time there have been massive chickens hiding behind big barn doors on Spanish farms, remember – this is an idiomatic expression. It’s used when someone is making a scene, often in public, with absolutely no chickens in sight.

Translation: “I arrived late again, so the teacher made a scene.” 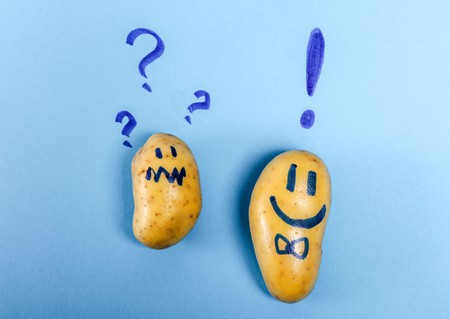 Literal meaning: ‘to not even understand a potato’

Actual meaning: to not understand a thing

When travelling in Spain or any other Spanish-speaking country, there will inevitably be times when you are thrust into a conversation with a local and must do your best to comprehend them. If you’ve completed an online Spanish course with Vamos, you’ll probably do very well. If you have a basic grasp of the language, then you’ll muddle your way through. But if you haven’t got a clue, or – as a Spaniard would put it – ‘you don’t even understand a potato’, then you’re really in trouble.

Translation: “I’m in China, and I don’t understand a single thing.” 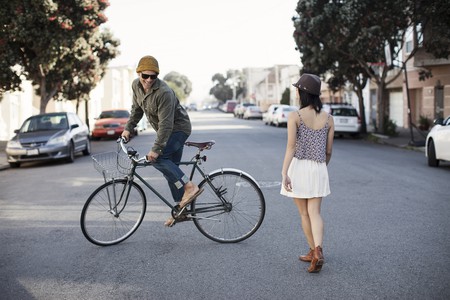 Literal meaning: ‘to throw the roof tiles (at someone)’

Actual meaning: to flirt with someone

Do not be alarmed if someone tells you that someone else is throwing roof tiles at you, unless you are anywhere but Spain. There’s no need to dive under the nearest table for cover, since what this phrase actually means is you have a secret or not-so-secret admirer. That person, whether you’ve noticed or not, is giving you special treatment. In other words, they are ‘throwing the roof tiles at you’, you lucky thing.

Translation: “That waitress always smiles at you and gives you more chocolate with your churros. She’s flirting with you.” 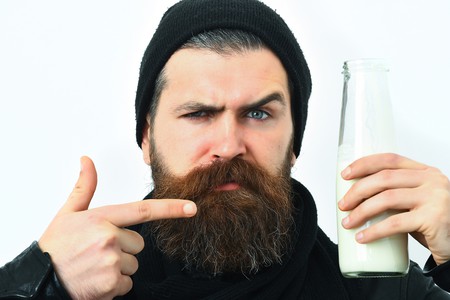 Literal meaning: to be the milk | © Just Dance / Shutterstock

Actual meaning: to be extraordinarily good/awesome

Earlier we said ‘milk’ was one of the most useful words in Spanish, and we couldn’t resist offering up another wonderful example. Simply put, if you ‘are the milk’, you are incredibly good at something. It could be cooking, drawing, playing video games or even speaking Spanish. Imagine that. You’ve just completed the most advanced online Spanish course by Vamos, and your teacher moves closer to their webcam and states, emphatically, that you are the milk.