Eight Spanish Photographers You Should Know 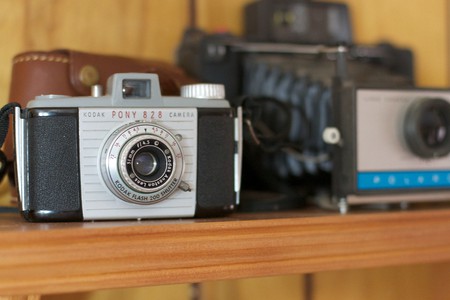 In 1988, photographer Joan Fontcuberta exhibited photographs of strange, unusual animals he had discovered in the archives of German zoologist Peter Ameisenhaufen, at the Museum of Modern Art in New York. In 1997, he put up a display of evidence that documented the life of Ivan Istochnikov, a Russian cosmonaut who had disappeared decades earlier during a walk space. Except no Peter Ameisenhaufen ever existed, and neither had Ivan Istochnikov. In both cases, and as usual for this brilliant photographer, the projects were entirely fabricated, in an attempt to highlight how blind (and misplaced) can be the trust we put in what we see. The first ever retrospective of Fontcuberta’s work in the UK is now open in London’s Science Museum (until 9 November). 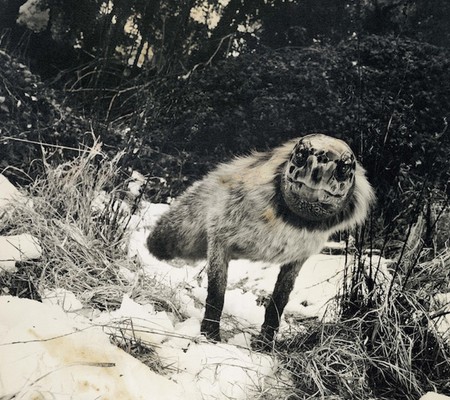 Many don’t know this, but in the 1960s another country tried to enter the space race and compete with the USA and Russia to send the first man on the moon: Zambia. The ambitious plan, however, was never realised due to lack of financial resources. Some 50 years later, when photographer Cristina De Middel learned about this, she was inspired to construct fictional photographs that narrate the anecdotal story, featuring black astronauts training in barren lands. The resulting, self-published photo book, The Afronauts, was a huge success that garnered attention beyond the community of photography lovers. Ever since, De Middel has created other quirky series with such diverse cultural references as Mao Tse-tung quotations and spam emails. 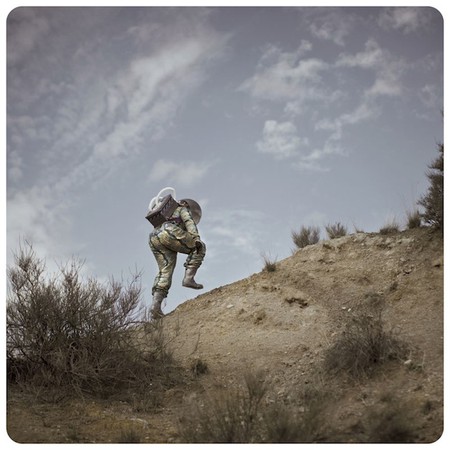 From the series The Afronauts | © Courtesy Christina De Middel

Over the last two decades, crime rates in Latin America have grown so much that the region has come to be considered the most violent and dangerous of the planet. For the past five years, photojournalist Sebastian Liste has devoted his work to the increased criminalisation of life in Brazil, Venezuela and the lawless Amazon forest. He is currently working on the final chapter of his project between Mexico, Honduras, El Salvador and Guatemala. His documentary work is powerfully raw, and has already garnered him many prestigious international accolades despite his young age (29), including a Lucie Award, a Rémi Ochilk Award, a Getty Editorial Grant and, more recently, the Alexia Foundation Professional Grant.

Karma, Óscar Monzón‘s first photobook, was judged by many photography critics as one of last year’s top 10 best photobooks. The pictures in the book show car drivers and passengers waiting at the traffic lights during night-time, caught by Monzón’s bright flash in a broad range of behaviours. Some simply wait, maybe greedily eating a pastry or spinning a pen; others, noticing the photographer, give him a quizzical look – or the middle finger. In other pictures, the subjects are seen in aggressive attitude, doing cocaine or busy in sexual activities. Made with photographs taken over a period of five years in Madrid, Monzón’s award-winning photobook emphasises the car as a private space that somehow becomes an extension of its owner.

Laia Abril‘s photography is mainly concerned with the depiction of intimacy, love or family relationships, and particularly in relation to femininity. Early series like ‘Femme Love’ or ‘Romeo&Romeo’ explore same-sex relationships between two women and two men respectively. But the name of this young Spanish photographer has emerged more strongly in recent months with the publication of her latest photobook The Epilogue. The book is a poignant portrayal of two grieving parents dealing with the death of her 26 year-old daughter, caused by bulimia. The Epilogue represents the culmination of a yearlong preoccupation of Laia Abril’s with eating disorders. 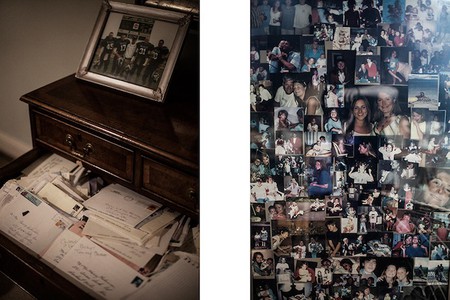 From the book The Epilogue | © Courtesy Laia Abril

Do the likes of elves, fairies, trolls and ghosts really exist? They certainly think so in Iceland, a land whose population traditionally believes in the existence of little magical creatures. For her series ‘Dust Under Our Feet’, talented Spanish photographer Bego Antón has spent time in Iceland trying to capture this very peculiar side of the country’s culture, and met several people allegedly endowed with the power of seeing elves. Anton’s fascination with otherworldly creatures can also be found in the series’ Los de Arriba’, dedicated to individuals who reported encounters with aliens, and, to some extent, in ‘Butterfly Days’, a photo essay about a group of people in South England passionate about butterflies.

Young photographer Jesús Madriñán specialises in portraiture, and particularly in portraits of fellow young boys and girls he meets in his endeavours. His most recent series ‘Boas Noites’ and ‘Good Night London’ are, for example, portraits of young kids living the nightlife in the Spanish region of Galicia and London, respectively. Despite adopting the classic approach of studio portraiture, Madriñán works not in studios, but directly in those places like clubs and parties where his subjects enjoy their time. In doing so, the photographer not only manages to create captivating portraits in difficult conditions, but also explores the relationship between reality and fiction. 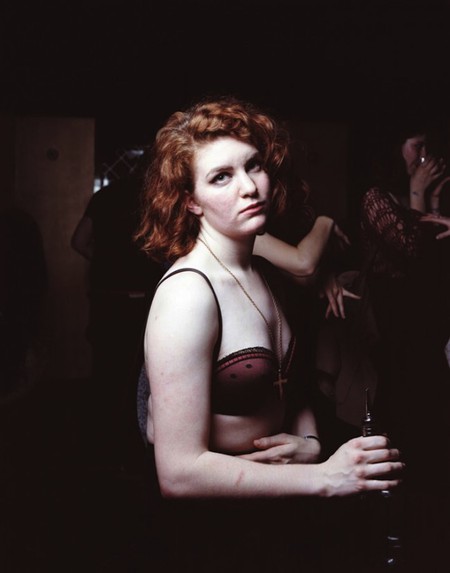 Photographer Txema Salvans wants to know how the masses spend their free time. His photography is an extensive observation of how people of the lower classes enjoy their time for leisure, and mostly how they enjoy the sun. In fact, most of his series (Spanish Hits, Extrarradio, I Love My Car, etc.) look at families stopping with their cars on beaches along the Mediterranean coasts; but his portfolio includes works about campings, barbecues and cruises as well. Salvans’s latest work, ‘The Waiting Game’, marks a departure from his usual themes. It is a set of images depicting lonely prostitutes on the margins of connecting streets, waiting in broad daylight for any client to stop. 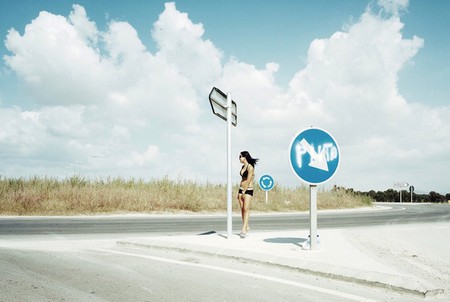