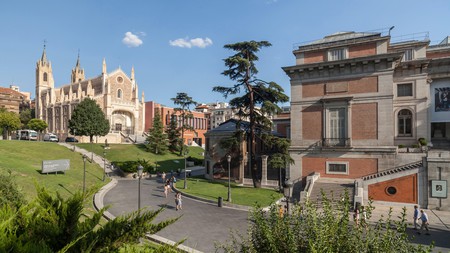 A guided tour of Madrid is the easiest way to get to know the city in a short time. So, lace up your comfy shoes or hop on a bike and get the insider knowledge on the best attractions – and bars – in the Spanish capital.

It’s easy to explore Madrid’s Medieval alleyways, grand boulevards, monuments and galleries by yourself. However, there are many fascinating tours led by guides who are passionate about the city they know and love. Here’s Culture Trip’s pick of the best tours that showcase the city’s greatest assets – not just the historical landmarks, grand parks and cultural splendours but also its vibrant culture and nightlife. 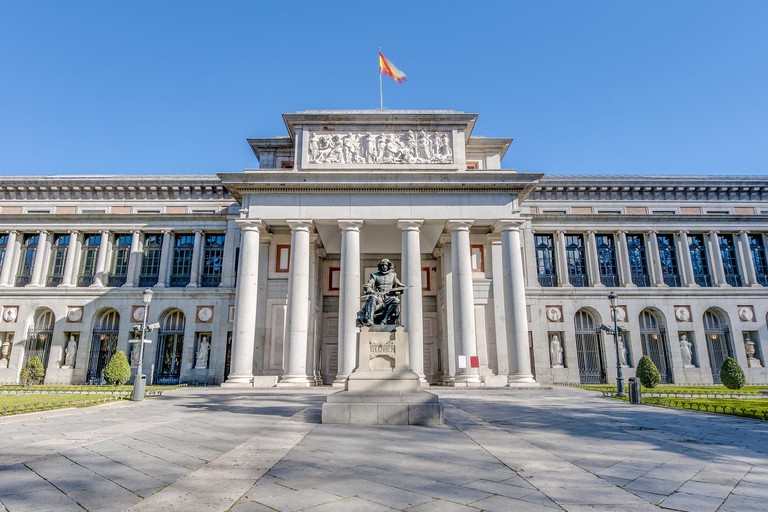 There’s almost always a long queue outside the Museo Nacional del Prado, but you can skip the line if you go on a guided tour. This world-famous museum has more than 20,000 artworks, including the largest collection of Spanish art in the world. Famous pieces include Diego Velázquez’s Las Meninas, The Garden of Earthly Delights by Hieronymus Bosch and a roomful of Francisco Goya’s hellish black paintings. Note that if you book the tapas option, you’ll head straight to a nearby bar afterwards to refuel. 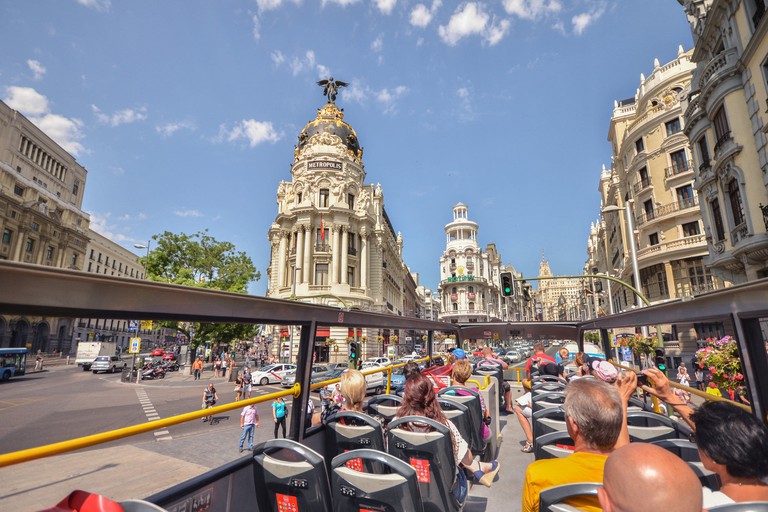 See as many Madrid sights as possible on a hop-on, hop-off bus tour | © GetYourGuide
Book Now

From your vantage point on the top deck of Madrid’s hop-on, hop-off sightseeing bus, you’ll quickly get to know the city while learning about its history via audio guides. A ticket for the Madrid City Tour is valid for one or two days, during which time you can cover a lot of ground along two different routes. With 27 stops, Route 1 takes you from the Museo Nacional del Prado, west of the historic centre, eastwards along Gran Via to the Palacio Real. It then loops back and finishes the tour at the Real Jardín Botánico de Madrid. Route 2 has 16 stops, including the ornate Plaza de Cibeles, Santiago Bernabéu Stadium and smaller museums (such as the Museo Lázaro Galdiano), before returning to the Plaza de Neptuno.

Madrid-based graffiti artists guide visitors through this alternative tour of the city’s ever-evolving street art scene. A walk around Lavapiés, Embajadores and La Latina will open your eyes to all kinds of urban art, from tagging to commissioned murals. The tour also stops at La Tabacalera, a former tobacco factory where street artists go to practise and develop their artistic styles all over the walls of the basement tunnels. You’ll learn about various countercultural movements that took Madrid by storm, decades of political protests in the city, gentrification and the blurry line between illegal graffiti and prized public art. 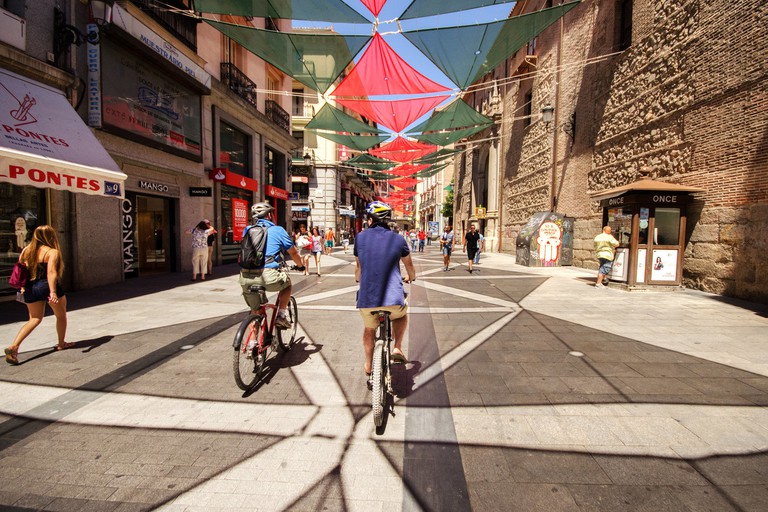 For anyone who wants to explore the sights of Madrid on two wheels, a bike tour may be a good choice for keen cyclists. This scenic cycling tour begins at one of the city’s best curiosities, the Egyptian Templo de Debod, which is situated at the Cuartel de la Montaña. Weaving down through the old city, the tour stops at some of Madrid’s major attractions, including Plaza Mayor and Mercado de San Miguel. It then heads down through traffic-free zones via the Plaza de Santa Ana and the Prado to the beautiful Parque del Retiro to the west of the city centre, before pedalling through lively Chueca and finally back to base. Note that private tours are also available.

Bar-hop around the ancient tavernas of Madrid’s old city on a wine and tapas tour, ducking into back rooms to sample sharing plates – such as a top-quality Iberian ham, tangy sheep’s cheese or fiery padrón peppers. On the tour, you will learn about the city’s culinary traditions, history and culture. The tour includes a minimum of 12 food tastings and a glass of wine in four different bars. 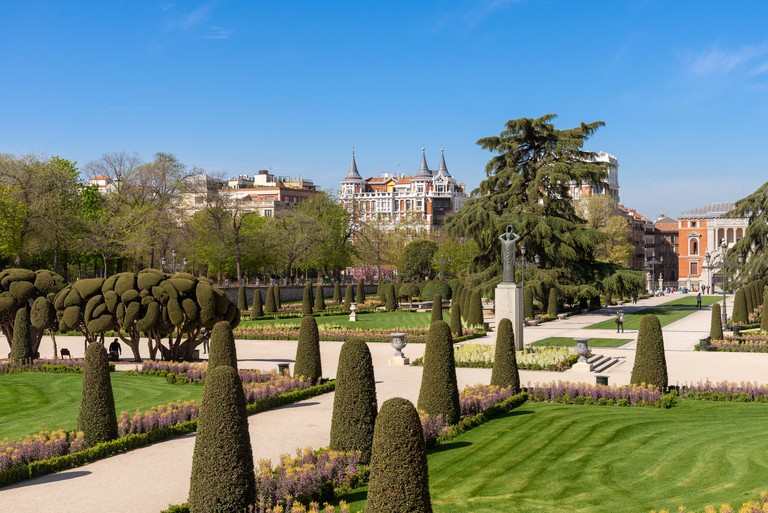 After a long day of walking around Madrid, you may wish to conserve your energy and book yourself on a guided coach tour. To see all of the big sights in four hours, try this easy-going and informative whirlwind journey. The route takes visitors to historic squares such as Plaza de España, grand monuments like the Puerta de Alcalá, and Madrid’s elegant parks, including the Parque del Retiro and the Parque del Oeste. There’s also a chance to explore the recently renovated Madrid-Río landscape beside the Manzanares River and to stop to take a look inside the Palacio Real, the official home of the Spanish monarchy.

Madrileños are notorious night owls. The party generally doesn’t get going until the early hours, so come prepared for a very big night. This five-hour pub crawl starts at 10.30pm and is a fun way to discover the best bars in the city with a friendly crowd. It moves between four bars around the Puerta del Sol area, each offering a free shot and discounted drinks. At the end of a high-energy night, you’ll be provided with free entry to a club, to keep the party going until dawn. 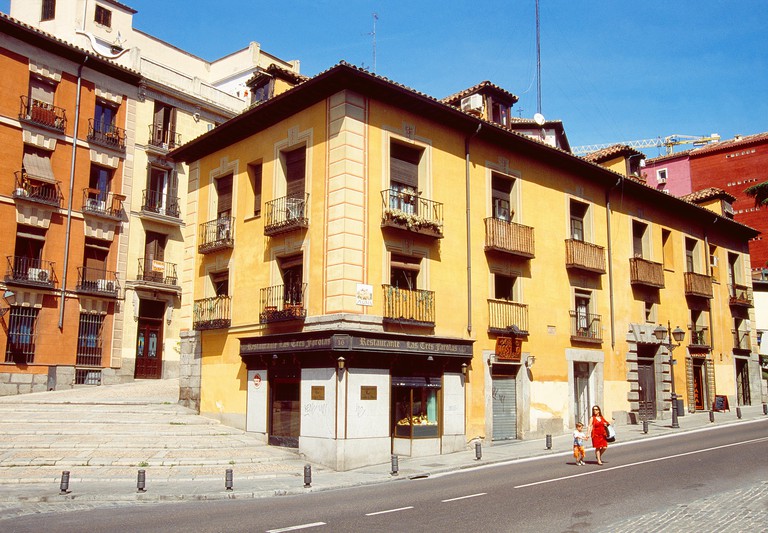 Leaf Madrid Tours offers some of the best walking tours around the city. You can choose between a tour of the Medieval old town around Madrid de los Austrias or take the 18th-century Bourbon neighbourhoods tour and finish at the Parque del Retiro. With either option, you’ll learn about the city from knowledgeable guides, who will illustrate stories from the city’s dark past and also show some of Madrid’s hidden gems. These 2.5-hour excursions depart at 11am or 4pm (depending on the tour) from Puerta del Sol – be sure to look out for the guides’ light-blue umbrellas to join the tour. Note that although it’s free, tips are expected; you pay what you think the tour is worth. 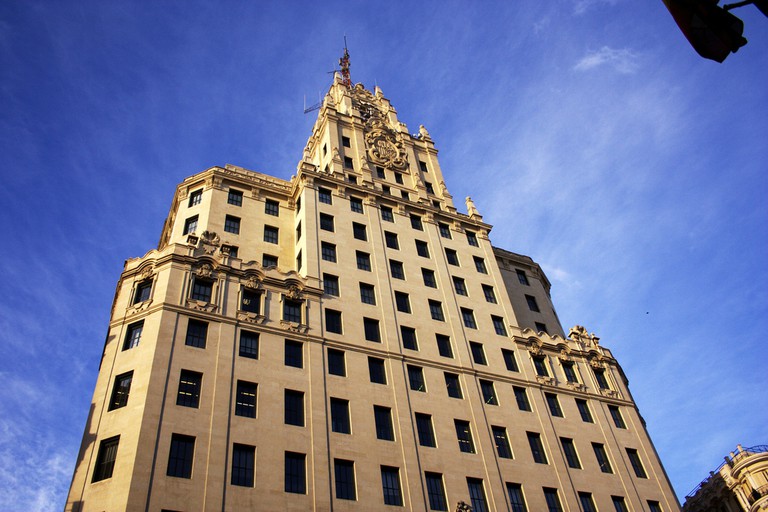 Madrid's Telefónica Building, from where Hemingway sent his reports during the Spanish Civil War | ©Javier Paredes/Flickr

If you’d rather go it alone, the Madrid tourism board has put together a self-guided tour of all the key locations featured in Spanish filmmaker Pedro Almodóvar’s films. The film director is arguably Spain’s greatest, receiving international praise for Volver (2006) and Women on the Verge of a Nervous Breakdown (1988). Several of his movies have been set in Madrid, his adoptive home, where he was the darling of the Movida Madrileña – the cathartic countercultural movement that began as Spain transitioned from decades of dictatorship to democracy in the 1980s. The guide has a tour map showing 25 locations with evocative descriptions of the scenes that were filmed in each place.

Across Madrid is a specialist tour that delves into the history of the Spanish Civil War, which divided Spain between 1936 and 1939 and led to 36 years of dictatorship under General Franco. Art historian and expert guide Dr Almudena Cros shares her family’s personal stories and anecdotes from the last surviving veterans of the International Brigades – the volunteers from around the world who helped Madrid defend itself against the fascist forces. The tour will also guide visitors through the battlefield remains, which can be found in Madrid’s University City area.