Pintxos-Spanish Tapas| © alfernec/Shutterstock
A city with a proud gastronomic history, the Spanish capital has no shortage of well-established ‘tabernas’ and dining rooms. Whether you’re looking for gutsy Castilian cooking, wood-panelled interiors cluttered with antiques, or to follow in the footsteps of gluttonous royals and literary greats like Hemingway and Lorca, you’ll find it in our guide to Madrid’s ten best historical restaurants.

None of the capital’s dining rooms can quite match the pedigree or the longevity of Botín, a  restaurant specializing in roast meats. Botín began welcoming diners in 1725 and since then it has earned the admiration of many of Spain’s literary greats, along with Graham Greene and Ernest Hemingway, who set the final scene of The Sun Also Rises in one of the restaurant’s wood-paneled dining rooms. Add to that Botín’s association with Francisco de Goya – who once worked there as a waiter – and it’s unsurprising that the restaurant is popular with tourists. It’s a popular venue that serves an outstanding cochinillo asado (roast suckling pig). 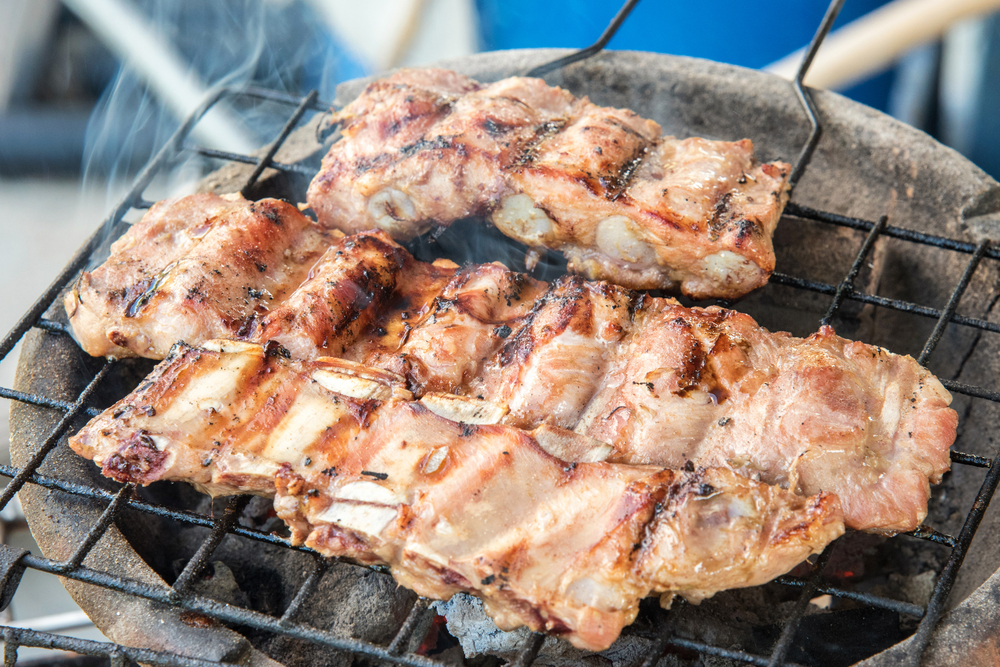 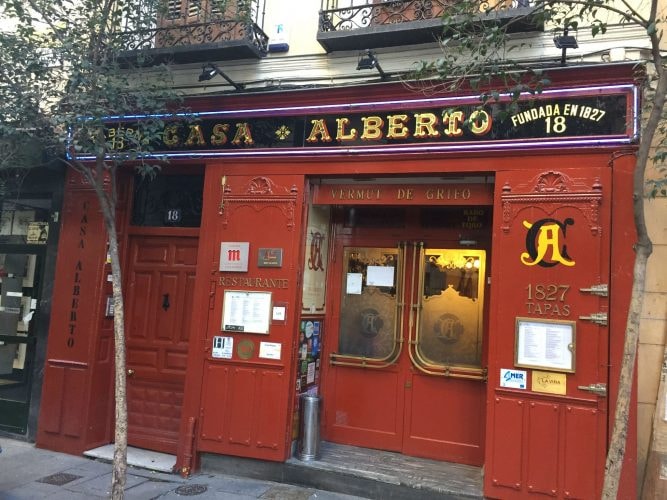 A window into old-world Madrid, this characterful taberna dates back to 1827 and is housed in a building in which Miguel de Cervantes, author of Don Quixote, once lived. With bullfighting memorabilia on the walls and a charming bar decked out in dark wood, Casa Alberto’s interior is atmospheric and typically Spanish. The same goes for the menu, which includes house specialties of rabo de toro (oxtail), meatballs, and callos a la madrileña (tripe). Slow-cooked in a rich tomato sauce and heavy on the smoked paprika, the madrileña is velvety and intensely savory, a regional classic and an excellent introduction to offal.
More Info
18 Calle de las Huertas, Madrid, Comunidad de Madrid, 28012, Spain
+34914299356
Visit website 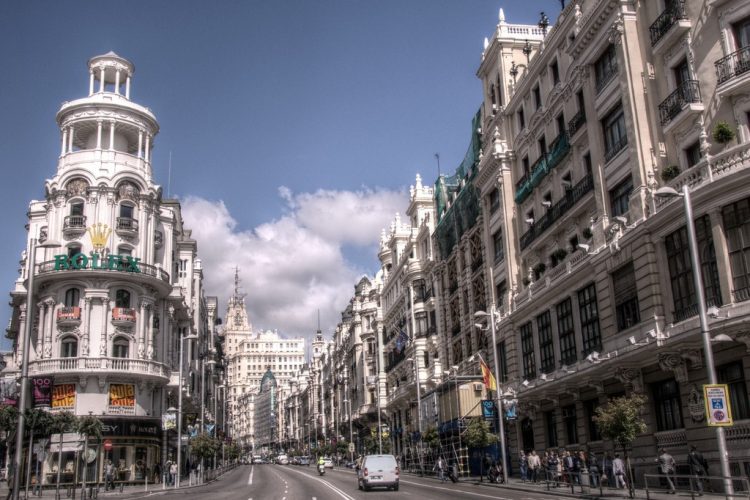 Although Casa Pedro has only been known by its current name since 1940, the restaurant’s history goes back much further. Indeed, it goes back far as 1702 according to some, when the site was an inn catering to travelers on the road to France. At that time, it welcomed many of the great and the good of Spanish society, among them Kings Alfonso XIII and Juan Carlos I. The cooking is as robust as you might expect from a restaurant with Casa Pedro’s history, with pigs trotters, oxtail and roast lamb on the menu. Look out for the messages of affection scrawled on the white tiled wall by decades of well-fed diners. 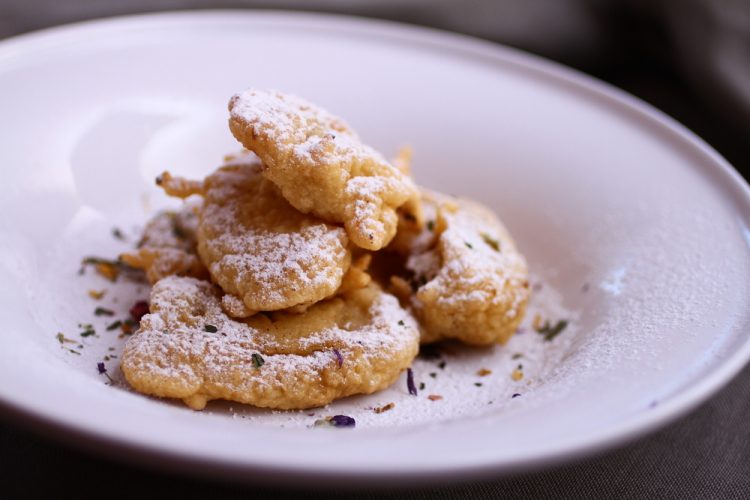 La Bola has been a favorite in the Spanish capital since 1870 and has been in the Verdasco family for four generations. The restaurant serves an excellent cocido for which it is rightly famed. Gently cooked in individual clay pots over a smoldering bed of oak charcoal, the recipe for this madrileño classic has remained unchanged since the day La Bola opened. This dish has even earned the restaurant a Premio Alimentos de España award for the preservation of traditional Spanish cuisine. Cast an eye over the dessert menu and you’ll find another of the restaurant’s specialties: syrupy apple fritters with ice cream. 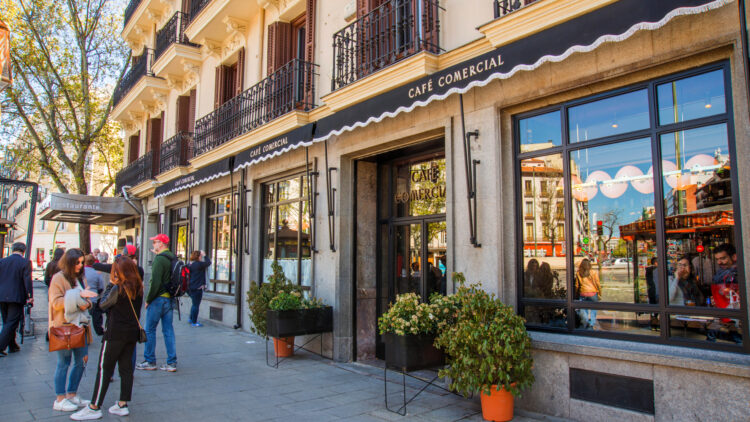 For a traditional Spanish breakfast, head to Cafe Comercial which has remained unchanged since the 1950s | © Maria Galan / Alamy Stock Photo

Cafe Comercial opened in 1887 and has a well-worn interior, dominated by marble topped tables, faded leather chairs, pillars and mirrored walls. It plays host to everyone, from groups of chess-playing pensioners to lone travelers in search of the Madrid of old. The breakfast menu consists of Spanish staples such as churros and pan con tomate – toast topped with fresh tomato and olive oil – with sandwiches available at lunchtime. Arts events can be found here too, from poetry readings to language exchanges.
More Info
7 Glorieta de Bilbao, Madrid, Comunidad de Madrid, 28004, Spain
+34910882525
Visit website 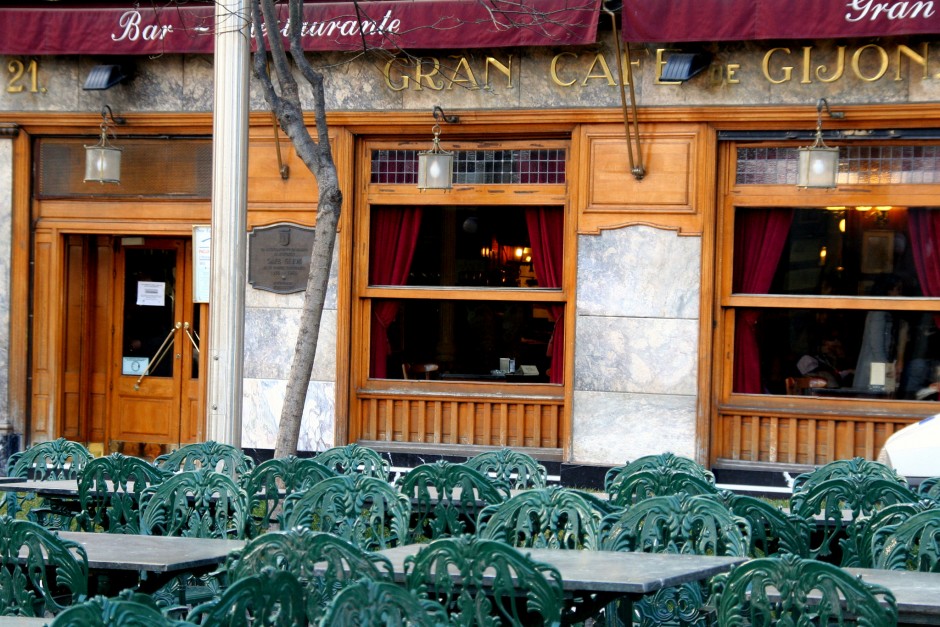 Along with ancient restaurants, Madrid does a good line in historic cafes: places where artists and intellectuals met to discuss literature and current affairs. Many such meetings, known to Spaniards as tertulias, took place in Café Gijón, which has occupied its site on the Paseo de los Recoletos since 1888. Among the restaurant’s most famous patrons is the exalted 19th century novelist Benito Pérez Galdós. In addition to coffee and tapas, Cafe Gijón offers a series of set menus. Should you wish, you can also stage your own tertulia and order a buffet-style spread of drinks and canapés, including smoked anchovies, meatballs and tortilla. Heated debate and dismissive Castilian arm-waving are optional.

Loved by Federico García Lorca, a celebrated Spanish poet and playwright who was tragically executed during the Civil War, Casa Labra opened its doors in 1860. The wood paneled dining room and bar is renowned for its salt cod croquettes and deep-fried tajada de bacalao, often hailed as one of Madrid’s most castizo (iconic or representative) dishes. To go with it, you’ll find beer from the barrel, fino sherry and local wines. 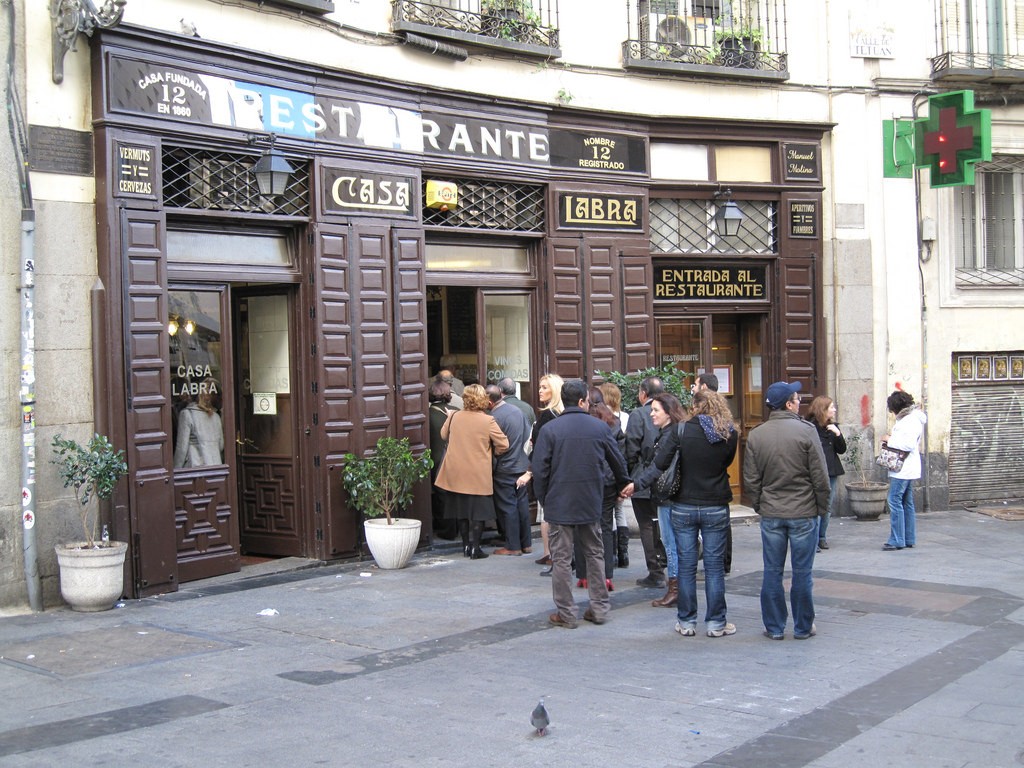