10 Gorgeous Perspectives Of The Sagrada Família 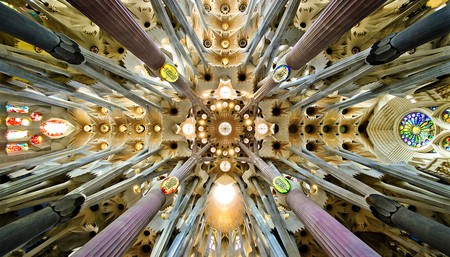 The ‘Basílica i Temple Expiatori de la Sagrada Família’, more commonly know as the Sagrada Família (meaning ‘Holy family’) is by far Barcelona’s most iconic landmark, attracting an estimated 3 million visitors a year. Although construction began in 1882, by 2015 this mind-blowing building was estimated to be only about 70% complete. Rumors have it that construction may be completed in 2026, a year that will also mark the centenary of the death of architect Antoni Gaudí, the mastermind behind the Sagrada Família’s iconic design.

Looking up into the nave of the Sagrada Família – a reminder that beauty really is all around! 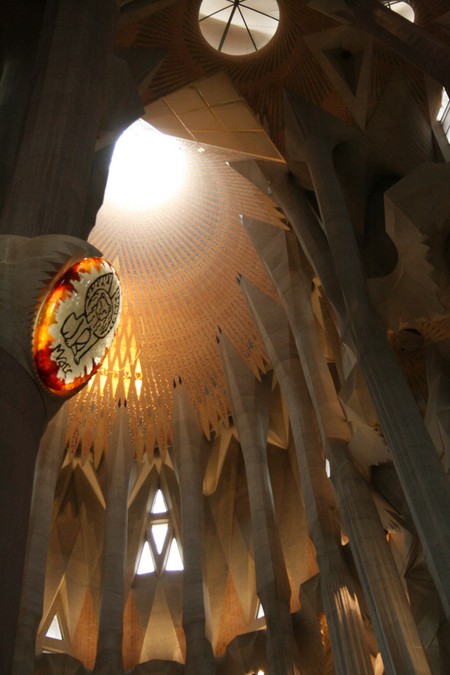 One of the most striking features of this mesmerising construction is the role of natural sunlight in bringing it to life. 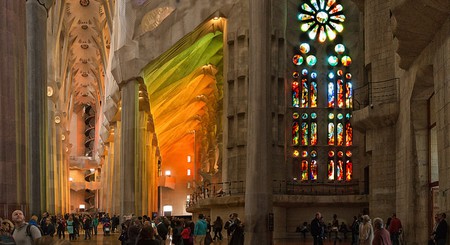 This original montage combines three images of the western aisle to create a unique perspective. 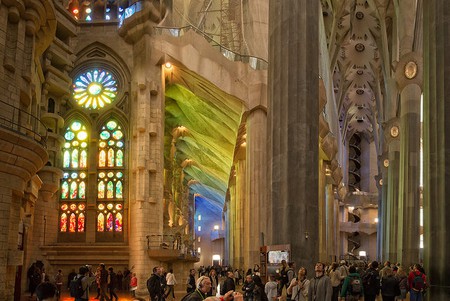 And the same for the eastern aisle; note the differences in color shinning through the stained-glass windows. 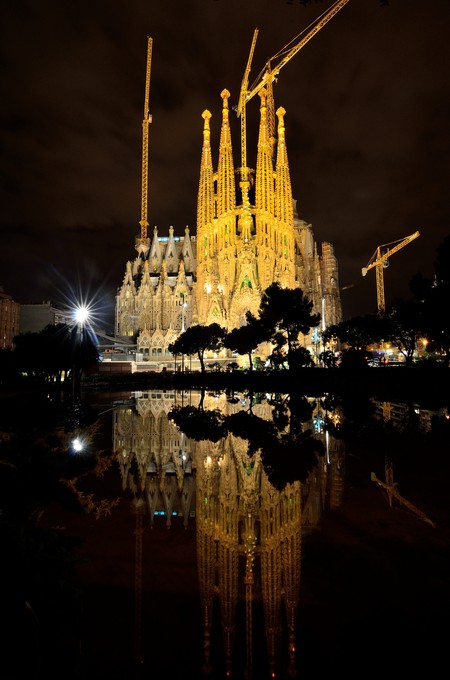 The stillness of night provides the perfect setting for this shot of the Sagrada Família reflecting in the pond of the Plaça de Gaudi. 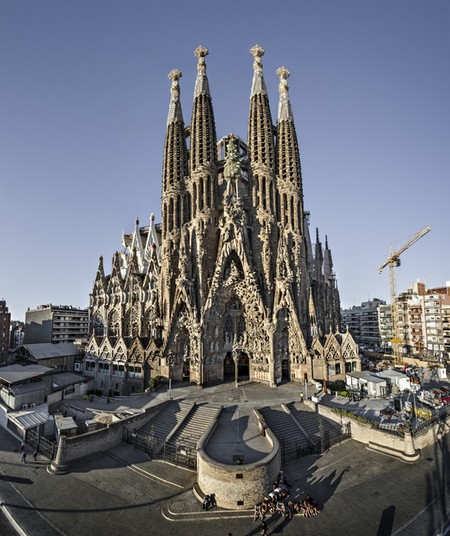 The architectural details of the church are breathtakingly impressive, even photographed from distance. 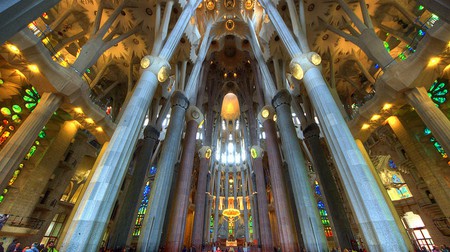 Natural light reflected through the stained glass, combined with the colors of the interior create aesthetically unique experience when visiting the Sagrada Família. 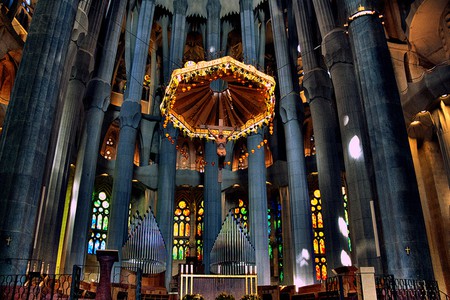 The beautiful altar of Sagrada Familia surrounded by magnificent colors emphasises the contrast between the windows and the pillars of the church. 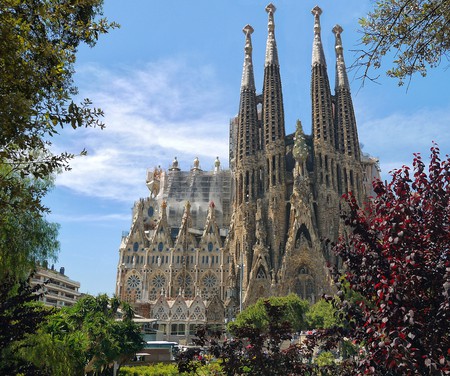 Beautiful gardens surround Sagrada Familia from two sides – on a warm summer day there is no better place to enjoy the view than from the comforting shadows of Plaça de Gaudí or Plaça de la Sagrada Familia.

And finally, the perspective that most of us are probably waiting for…that of a completed Sagrada Familia .