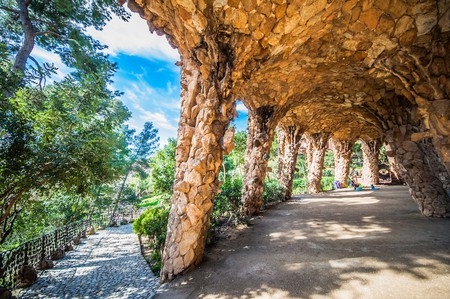 One of the most popular attractions in Barcelona, the Park Güell is perched on the hills which surround the city and offers some fantastic views of the city, as well. Designed by one of Spain’s most famous architects, Antoni Gaudí, the park’s history is not quite as straightforward as you might imagine.

The park was originally envisaged as a modern housing estate

This is perhaps the most surprising fact about the Park Güell: it wasn’t originally planned to be a park at all. Rather, Gaudí’s plan was to create a modern housing estate far from the smog and chaos of the city down below. His plans called for houses with modern conveniences such as running water as well as facilities such as a market, a laundry room, a church and a public square.

However these plans were soon abandoned

The plot of land for the park was built in 1900 and work began on the creation of two buildings there: a guardian’s house and a model house which would serve to attract investors. However, the plan was unsuccessful and ultimately the project had to be abandoned. Work on the project terminated in 1914 and in 1926 the plot was officially opened as a public park. 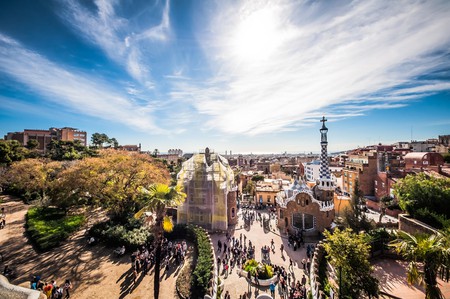 It was originally spelt in the English form ‘park’

The original name given to the Park Güell by Antoni Gaudí was with the English word ‘park’ (as opposed to the Catalan parc). The reason is that the architect was inspired by the British garden city movement of the 19th century, whereby housing communities were designed with both outdoor areas and industrial and commercial areas alongside them.

Antoni Gaudí lived in the park until he died…

When no one decided to invest in Güell and Gaudí’s houses, the project was abandoned and in 1906, Gaudí bought the model house which had been built on the plot. He lived here with his family until he died in 1926, knocked over by a tram-car in Barcelona and left to die after he was mistaken for a pauper because of his modest attire. Eusebi Güell too had acquired the prestigious Larrard House, which already stood on the land when he bought it. 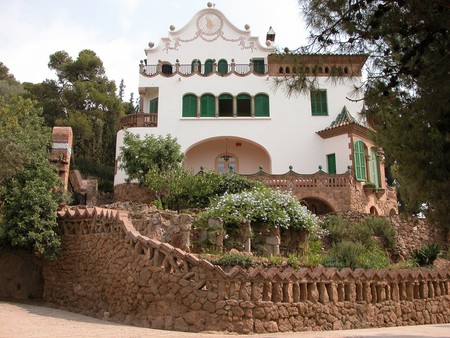 …but lived in a house he didn’t design

Most people assume that all the houses which are found in the Park Güell were designed by Gaudí but in fact this isn’t true. Not only that but the house in which Gaudí resided – these days open to the public as the somewhat confusingly named Gaudí House Museum – was actually designed by another Catalan architect, Francesc Berenguer.

There’s more to the Park Güell than you think

These days most people who visit the Park Güell only explore the main area, also known as the ‘monumental area’, where much of Gaudí’s work can be seen. However, the park itself extends to the back of the monumental area and includes some nice walks among native trees and plants. What’s more, only the monumental area charges for access while the other area is free of charge and offers equally impressive views of the city. 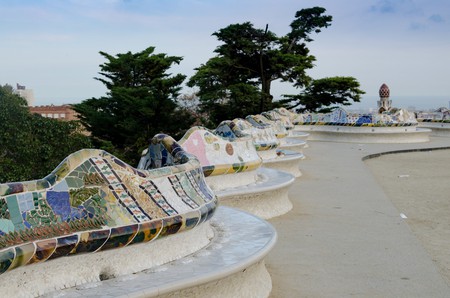 The park’s design is inspired by nature

One of the most characteristic features of Antoni Gaudí’s work is how it translates his fascination with the natural world. Everything from the patterns he uses to the way he constructs his designs is inspired by nature. For one, the park’s design works with the natural environment on which it was situated, taking advantage of the mountain’s topography rather than fighting it. Many of the columns are inspired directly by the shape and structure of the trees which surround them. Even Gaudí’s magnum opus, the Sagrada Família, is designed to imitate the natural world.

Which is why there are no straight lines at the park

One of the consequences of Gaudí’s commitment to the principles of natural creation is that there are no straight lines in his designs as the architect claimed there were none in nature. Instead, he favours slanted lines or organic curves which mimic the way objects such as trees, shells, plants and rocks are formed. 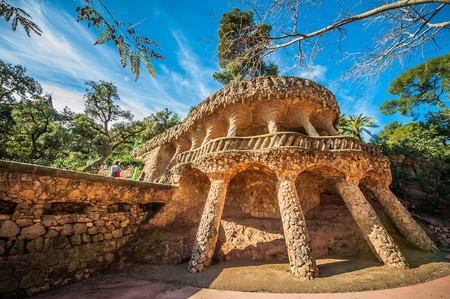 The park is named after Gaudí’s patron

Ever wondered why the park was called the Park Güell and not the Park Gaudí? The reason is that – aside from Gaudí probably being too modest to ever put his name to one of his creations – the park is named after Gaudí’s longtime patron and friend, Eusebi Güell. In fact, the park is not the only monument by Gaudí to have Güell’s name: the Colonia Güell and the Palau Güell are just two other examples.

The park is where Gaudí pioneered the technique known as ‘trencadís’

One of the most photographed features of the Park Güell is the colourful salamander which guards the staircase in the monumental area. This creation is also a fine example of the style of mosaic-work which Gaudí would become famous for: trencadís. Meaning ‘chopped’ in Catalan, the technique involves using small pieces of chopped ceramics cemented together. 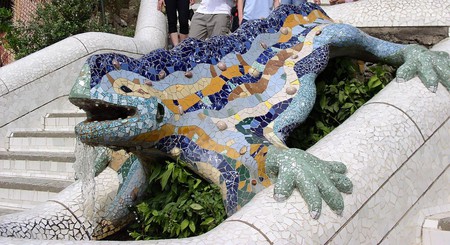 The Park Güell salamander | © Baikonur/Wikipedia
Give us feedback