10 Delicious Spanish Foods You Should Try 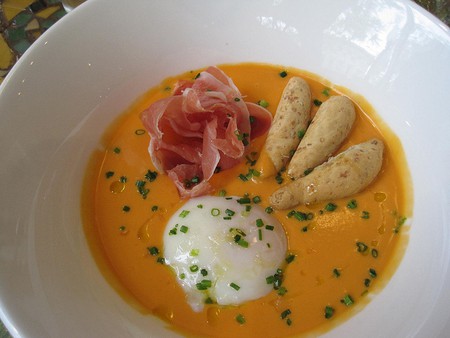 When people think of Spanish food, they automatically think of tortillas, pan con tomate, chocolate con churros, etc. And that’s for good reason – those dishes are delicious, and are deservedly famous. But there’s much more to Spain than that, with varied cuisine all over the country. These are just a few of the delicacies that you can try – from Asturias to Andalusia, each region has a distinct culinary character that’s a joy to explore.

If you’re ever in the North of Spain, this incredibly tasty bean and sausage stew is a must-try. A rich, heavy meal that’s ideal for winter nights, it pairs perfectly with crusty bread and sweet Asturian cider. Packed with all sorts of meat including sausage, black pudding, and chorizo, it’s perfect for those nights when you just want a hot meal – a delicious Spanish comfort food, ideal for those colder nights you’ll find up north compared to the sunnier south. 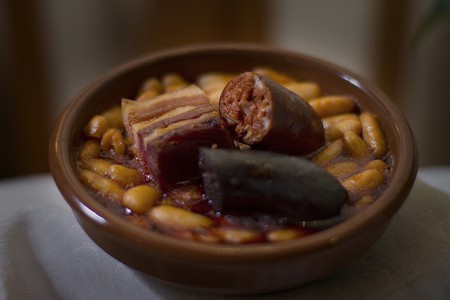 Salmorejo is the cousin of Andalusia’s most famous food, gazpacho, but there are some crucial differences. Slightly heavier than the vegetable-based soup as it typically contains bread, it’s nonetheless a very tasty meal that will leave you refreshed and energized after a day under the strong Andalusian sun. Often containing jamón serrano and egg or flakes of tuna, it’s a cool, creamy delight that’s packed full of protein and flavor.

A Catalan delicacy, escudella is another soup (this time a warm broth) with a variety of meat and pasta. Typically containing two large meatballs called pilotas as well as butifarra, a sausage that’s a staple of Catalan cuisine, the broth also includes a special form of pasta and any vegetables you’d like. Escudella has the honor of being the first soup in Europe that was referenced in history, and was consumed as early as the fourteenth century. 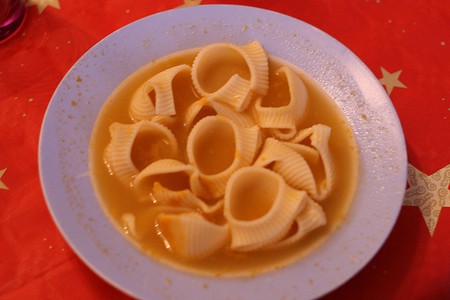 This stew, prepared with chickpeas, has its roots in Jewish cuisine but has been changed and adapted over the centuries. A hearty meal, almost anything can be put into the cocido, depending on what you’ve got – from chorizo, blood sausage, pork belly, and a variety of vegetables. Tradition dictates that the cocido is served in three parts – with the meat, broth and vegetables all served separately. This is a Spanish staple, and it’s impossible to talk about Spanish cooking without mentioning it. 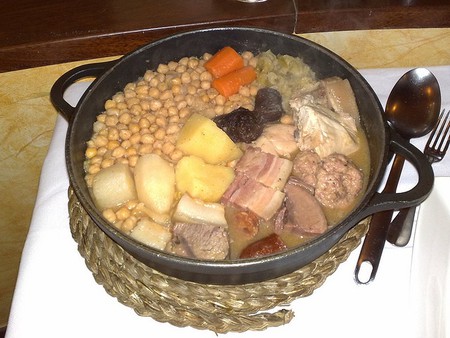 This sweet cake is Galicia on a plate. Generally decorated with powdered sugar with the shape of a cross with picks on top, this religious symbol represents the pilgrim city of Santiago de Compostela. The laws protecting this cake are incredibly stringent: to officially be deemed a Tarta de Santiago the cake must be made in Galicia and be made up of 33% almonds. If you’re ever in Santiago, this cake is dense, sweet and generally delicious. 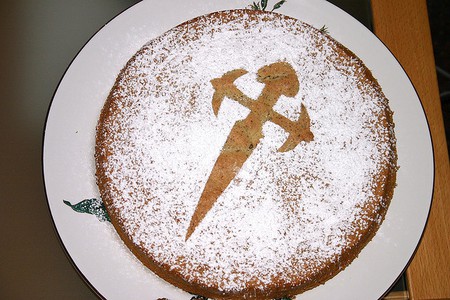 Bacalao, or salted cod, is a staple of Basque cuisine. The accompanying sauce is fragrant, redolent with herbs and spices, providing just enough of a kick to tickle the tastebuds without overwhelming them. Containing cinnamon, capers, cloves and garlic, this dish is popular not only in the north of Spain but all over the Spanish-speaking world: including Mexico, where it is served on New Year’s Eve. 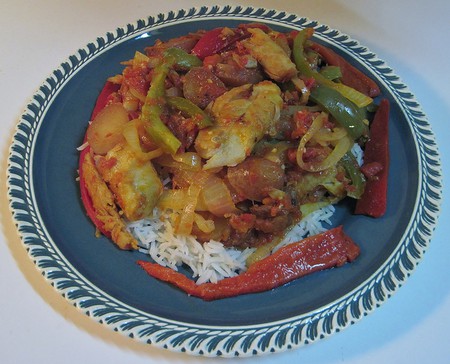 The Spanish answer to cheese fondue, this sheep’s milk cheese has a beautifully gooey and creamy texture that is ideal for cheese lovers. Either eaten as an indulgent treat by itself or used as a dipping sauce with tapas, the cheese should appear as if it had melted slightly. The cheese has a salty, herby taste and this particular Spanish treat originates from the town of Casar de Cáceres in Extremadura. It’s also rare: requiring a whole herd of sheep to produce just 1 kilogram of the stuff. 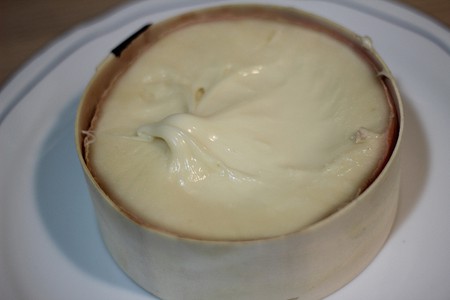 Caldereta de langosta, or lobster stew, is the national dish of Menorca in the Balearic Islands. Strictly a summer meal, as it is forbidden to catch lobsters from September to February, the stew is famed throughout Spain. Cooked with tomatoes, garlic, peppers and onions, this tasty Mediterranean dish is said to be the favorite meal of the former King of Spain, Juan Carlos I.

A meal usually prepared in Tenerife, it perfectly combines potatoes, meat and vegetables in a delicious sauce. Although it looks simple, the depth of flavor will deceive you, as the ribs, corn and salt-boiled potatoes bring out the flavors in each other. The green sauce (mojo verde) drizzled over the top of the ingredients was also brought over to Latin America and so has carved its own niche in the Latin American culinary landscape, including Cuba. Salt-boiled potatoes are particularly popular in Tenerife, and are included in many of the island’s most characteristic dishes. 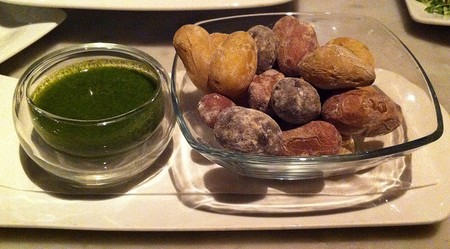 If you ever visit the city of Segovia, then this flavorful pork dish encapsulates the cuisine of the Castilla y León region. Suckling pig roasted to perfection, the tender, juicy meat is hard to resist. Cooked with a mixture of herbs and spices including oregano, bay leaves and salt, this is a Spanish classic that can easily be prepared at home – although for authenticity’s sake it’s still well worth trying if you ever take a trip to the region. 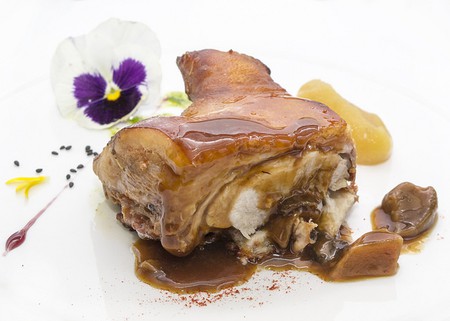