10 Catalan Poets You Need to Know 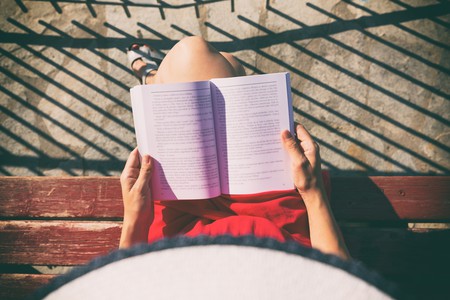 The Spanish province of Catalonia has an important literary history which has given rise to numerous remarkable writers and poets. Here are ten of the most illustrious names you need to know when it comes to the world of Catalan poetry.

Nicknamed ‘the prince of Catalan poets’, Jacint Verdaguer was born in the small town of Folgueroles to a family of farmers and spent much of his youth working on a local family farm. However his mother, Josepa Santaló i Planes, gave him a deep appreciation of literature and when he was 18 he entered the ‘Jocs Florals’ poetry competition in Barcelona, winning four prizes in total that year. He went on to become one of the leading figures of the Renaixença – a movement of Catalan cultural revival. Today his name can be seen on public squares and streets across Catalonia.

One of the founding members of the Catalan surrealist movement Dau al Set – meaning the ‘seventh face of the dice’ – Joan Brossa is one of the most famous 20th century Catalan poets. Remarkably, his poems were all exclusively written in the Catalan language – a defiant act during the time of the Spanish dictatorship. He is perhaps most famous for his visual poetry – blending visual arts and poetry to create multi-dimensional poems. 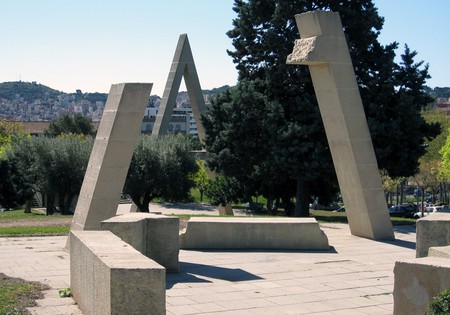 Born in Barcelona in 1881, Jaime Sabartés studied at Barcelona’s prestigious La Llotja art school where he wrote under the pen name Jacobus Sabartés. He later became a close friend to none other than Pablo Picasso, later becoming his personal secretary and assistant in Paris. Sabartés was a regular patron of the Quatre Gats café, a meeting point for Barcelona’s artistic and literary society.

One of the most famous Catalan poets of all times, Salvador Espriu studied at the University of Barcelona before embarking on a tour of Greece, Palestine and Egypt – a journey which would have a lasting influence on his work. He published his first collection of poems after the Spanish Civil War, which along with his prose and theatrical writings contributed to the popular success he enjoyed throughout the sixties and seventies. The literary critic Harold Bloom said of Espriu’s that he was ‘an extraordinary poet by any international standard’ and that the Nobel committee was wrong to have never recognised his work. 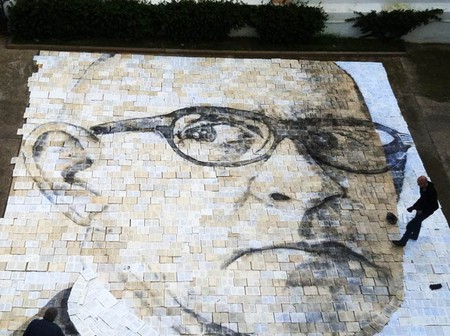 Born in Barcelona in 1893, Carles Riba studied law and philosophy at the University of Barcelona before later travelling to Munich to study under the German linguist Karl Vossler. A staunch Catalan Nationalist, he fled his native Catalonia during the Civil War, returning in 1943. Not only did Riba publish a number of successful poems which earned him literary acclaim at the time, but he also translated work by poets such as Edgar Allan Poe and Franz Kafka.

A contemporary Catalan poet, Pere Jaume Borrell i Guinart – known simply as Perejaume in the literary and artistic world – is a celebrated poet and visual artist. He gives direct recognition to poets such as Jacint Verdaguer and Joan Brossa for their influence on his work. Like Brossa, Perejaume blends visual art and poetry to explore themes of the human condition, including our relationship with our environment and each other. He owns his own gallery in the town of Sant Cugat del Vallès, on the outskirts of Barcelona. 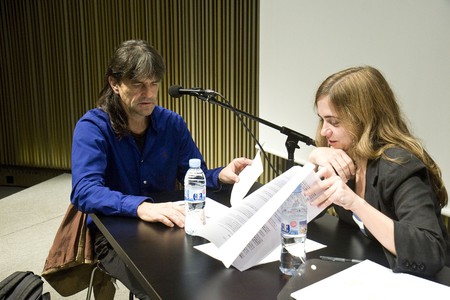 A prolific 20th century poet and novelist, Ana María Moix was a member of the poetic group known as the Novísimos – or ‘the new ones’ – of which she was the only woman. Her poetry is characterised by the rejection of formal rules and the presence of references to popular culture. She published three collections of poems in the early 1970s before later translating a number of books from French and becoming part of the Feminist journal Vindicación Feminista.

Considered the most influential Catalan author of her generation, Mercè Rodoreda was the first woman to receive the award for Master in the Art of Poetry in the Jocs Florals, Catalan literary competition. Her novel La plaça del diamant – translated as The Time of the Doves – is considered the most acclaimed Catalan novel of all time and Rodoreda is considered one of the most illustrious figures of Spanish literature. As a poet she wrote mostly during the 1950s and 1960s but unlike her prose, her poetry went mostly unrecognised during her lifetime but has attracted critical attention since her death in 1983. 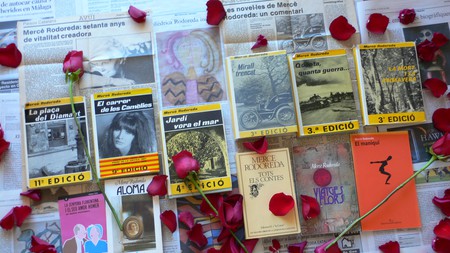 An avant-garde painter but also a revered poet, Albert Ràfols-Casamada is considered one of the most remarkable Catalan artists of the 20th century. Like others on this list, he experimented with ‘visual poetry’, often creating his own visual representations to accompany his written work. His career as a published poet spanned over 40 years, his last work having been published in 2004 just five years before his death. A number of examples of his paintings can be found across Barcelona, such as the The Four Seasons (1982) mural in the Barcelona Tourist Information Office.

After studying art at the University of Barcelona, Josep Palau i Fabre began his career as a poet during the 1930s, at the time of the outbreak of the Spanish Civil War. An active member of a number of local literary magazines and editorials, such as the clandestine Ariel which he helped found, he later moved to Paris where he escaped political persecution and associated with artists such as Antonin Artaud and Pablo Picasso – he is today considered a leading expert on Picasso. 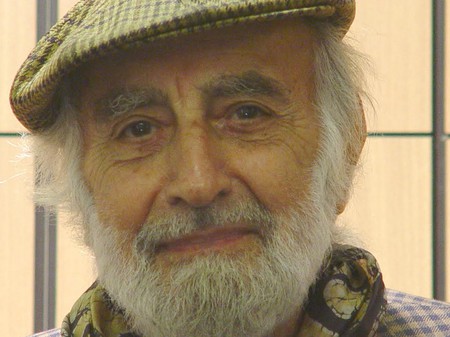