An afternoon in Catalunya’s overcrowded Dali or Miró museums might deter people from exploring the Catalan art scene further. That would be a shame however, as the contemporary art in the region is experiencing an exciting epoch, prompted by Spain’s impassioned politics and the ever-inspiring regional capital of Barcelona.

Catch these 10 Catalan contemporary artists at work and get to grips with the spirit of Catalan creativity.

Art lovers encountering the work of Agustí Puig for the first time may experience a slight feeling of déjà vu when looking at the large-scale, abstract canvases before them. This is due to the influence of Pablo Picasso on the Catalan artist and his Pollockesque style of throwing paint around, coupled with the work of Puig featuring prominently in Woody Allen’s movie Vicky Cristina Barcelona, when Penelope Cruz hurls paint at Puig’s canvas. Whilst this brush with Hollywood brought Puig a certain popular fame, he was already a considerable force on the Spanish contemporary art schene, his figurative, energetic, spontaneous works have been exhibited everywhere, from Japan to the United States, and his works are in permanent public collections in Madrid and Barcelona. 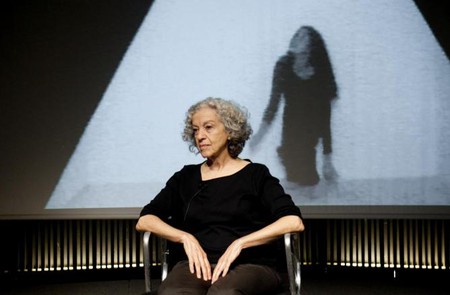 Àngels Ribé belongs to the seminal generation of conceptual artists who, in the 1960s and 1970s, revolutionised contemporary visual culture through their performative work. Influenced by the ideologies of the late 1960s and the nascent art scenes of New York and Chicago, Ribé made her own body central to her art and practice. Her own physical relation to time and space are the crux of works such as ‘Hide the Dolls, Here Come the Thieves’ (1977), in which dozens of images of Ribé’s hands – clenched, relaxed, open, closed – are projected onto the gallery wall, whilst a recording of her voice echoes across the space. While Ribé’s later work, produced after returning to Spain in the 1980s, is more sculptural and concrete, her interest in ephemeral states is still apparent.

Antoni Abad is an artist with a very modern practice and a very political motivation. His project Megafone.net – which has unfurled over the last 10 years – has seen Abad, born in Lleida in 1956, invite groups of marginalised people from around the world to express themselves through mobile technology. The artist then streams these often-silenced experiences directly to the web, creating networks of direct connection worldwide. But Abad’s work has not always been so ephemeral, nor so cutting edge; hailing from a family of artists, he started out experimenting with sculpture before working on video installations for most of the 1990s. His work has been shown worldwide and in 2006, Abad was awarded the Arts Electronica festival in Austria for his project ‘canal*ACCESSIBLE’. 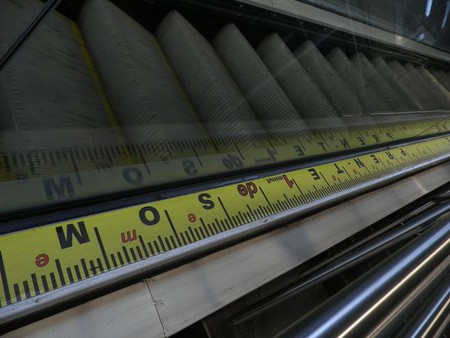 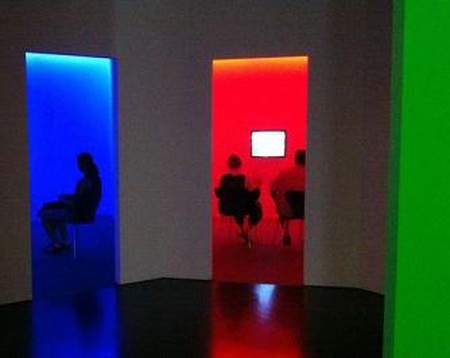 Although he has been based in New York since 1971, Antoni Muntadas remains connected to his Catalan roots. Born in Barcelona less than 10 years after Franco came to power, Muntadas has dedicated his career to creating multidisciplinary artworks that address issues of censorship, authority and the role of the collective imagination in maintaining social structures. The role of art in society also comes under Muntadas’ interrogative gaze: his 2011-12 work ‘Between the Frames: The Forum (Barcelona), 1983 – 1993’ brought together 200 hours of video interviews, in which Muntadas quizzed figures in the art world on the links between art, politics and economics. Considering his erudite approach to work, it’s hardly surprising that Muntadas has received plaudits from the likes of the Rockefeller and Guggenheim Foundations.

When it comes to the work of Joan Fontcuberta, don’t believe what you see. Since the 1970s, the Catalan artist has been executing a series of elaborate ‘hoaxes’ designed to spotlight what he perceives to be our sometimes naïve trust in science. Dressing up as a fake scientist, Fontcuberta pokes fun at the shibboleths of ‘good science’, such the National Geographic, photographing himself along the way. Work such as ‘Fauna’ (1987) captures the artist’s mocking style: pretending to discover the long-lost life’s work of German zoologist, Fontcuberta presented a series of freakish animals — snakes with feet, horned monkeys — as fact. Fontcuberta’s seemingly relentless drive to expose constructed truth stems, perhaps, from his early years in Franco’s Spain, when ‘fact’ was often a somewhat flimsy concept. In 2013, Fontcuberta won the Hasselblad International Award in Photography, although he still modestly claims to be a ‘terrible photographer’.

Whether wandering through Osaka making cardboard models of the surrounding architecture, or turning circles in the middle of Chile’s Atacama desert, Jordi Colomer is always engaging with the idea of space as a theatrical construct. If the urban spaces we inhabit are just stage sets, he questions, who’s to say we’re not all acting out some sort of Absurdist theatre? Colomer playfully posits such queries in works like Prohibido Cantar (2012), a short film in which a group of characters inhabit a desolate area of Spain and establish their own ‘city’, a Utopia for gamblers. From the 2013 Marrakech Biennale to Manifesta 10, Colomer’s work is a fixture on the contemporary art circuit thanks to his thought-provoking yet light-handed approach.

Although she works exclusively with a camera, Laia Abril is no mere documentary photographer. Weaving narratives that explore the heart of the human condition, the 28 year old Barcelona-born ‘multi-platform storyteller’, explores the realities and constructed realities of femininity and gender. Her recent photo-book The Epilogue, told the story of an eating disorder victim Cammy Robinson and the aftermath of Robinson’s death on her family. Abril’s affecting images, knitted together with family snapshots, memorabilia and written fragments of a life lost, depict a family’s desolation in the face of a woman derailed. Abril’s skill lies in the slow unfolding of a narrative without didacticism – as in much of her work, the intimacy and solitude of her subjects tells the own story eloquently enough. 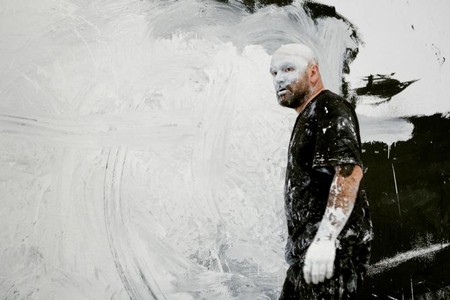 ‘Mechatronics’, ‘fembrana’, ‘dreskeleton’ — Marcel•lí Antúnez Roca’s art is so innovative that the artist sometimes has to invent his own lexicon to describe what he’s creating. Over his 35 year career, Barcelona-born Antúnez has experimented with music, performance, graffiti, interactive sculpture and even growing micro-organisms, co-opting them into artworks. Eventually however, he settled on digital installations as his preferred medium. His work is cheerfully iconoclastic, pulling together a visual universe of nudity, robots in gimp suits and mythical beasts. In testing the limits of the body in the post-industrial era, Antúnez re-imagines what it is to be human in the age of digital dominance.

Both sculptor and scenographer, Barcelona native Nico Nubiola has worked on grand projects across the course of his career, including the scenography of the 1992 Olympic Games opening ceremony. It’s his sculptures in wood however, that really transfix the viewer. Weirdly malformed bodies, deadened faces and embryonic poses give his work an eerie quality that – in collections such as Parking Gratis (Para Clientes) –display a tortured view of humanity. Inspired as much by comics as by Romanesque sculpture, Nubiola creates work that is a visual palimpsest of modern Catalunya.

One of Catalunya’s most thoughtful art practitioners, Pep Agut has dedicated much of his career to examining the role of art and the artist in society. A founding member of the seminal art space Grup Tal Taca in Barcelona in the 1980s, Agut explores the interstices of language, art and architecture to create works that bridge the gaps between artist and public. His tongue-in-cheek show To the supporting actors, held at Barcelona’s MACBA museum in 2000, took the form of a fake ‘retrospective’ of Agut’s preceding body of work. Agut’s drive to complicate the idea of museum, of artistic heritage and of the relationship between artist and spectator makes him one of Catalunya’s most challenging artists.