The 10 Best Things To See and Do in Madrid 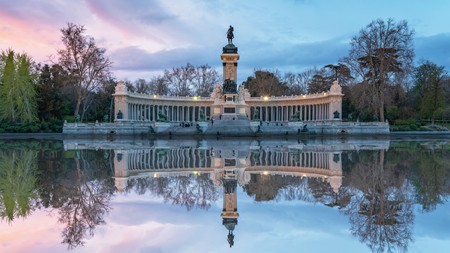 Spain’s capital city is a sprawling metropolis with an incredible cultural and artistic heritage that is arguably among the best in Europe. The city is certainly not short of things to explore, so for those with limited time, here are the top 10 things to do in Madrid.

Madrid is a city which glistens by day, with golden domes and bronze statues catching the rays of the sun as Madrileños meander through the city’s parks or duck into packed tapas bars and bodegas, and comes alive at night with elegant restaurants, cultural centres, bars and nightclubs sure to appeal to any traveller. 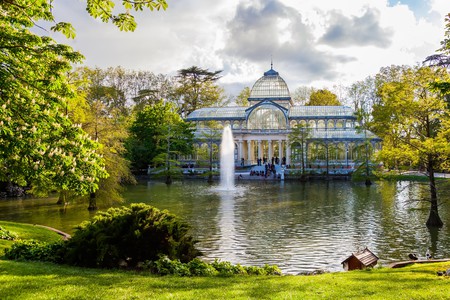 El Imparcial was a Spanish newspaper which ran from the late 1800s until 1933. These days, the elegant manor house which was once the newspaper’s head office houses a restaurant, shop and bar. Here you’ll find traditional Spanish classics with a modern twist, as well as international items like burgers, pizzas, poke bowls and tacos. Monday to Friday there is a lunch menu, and on Sundays there is a classic brunch menu on offer too. In the bar you’ll find local and artisanal beers, all at great prices. Spread across two floors, the various spaces of El Imparcial change to be used at different times of the day, but the décor and upholstery in every room is truly a sight to behold.

Watch the sun set through a real ancient Egyptian temple

Cuartel de la Montaña, one of Madrid’s many stunning city parks, is now the home to one of the city’s most unique and interesting monuments. The Temple of Debod was an ancient Egyptian temple, originally built in the 2nd century that was gifted to the Spanish government and now resides permanently in Madrid. The temple was built to honour the goddess Isis and the god Amun, who was the god of the air and the sun. Fittingly, it is now one of the best places in Madrid to watch the sun set atop a sparkling body of water through its east-to-west facing facades. 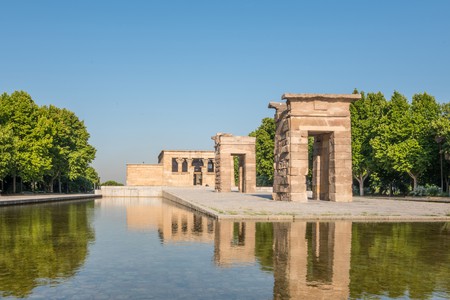 Marvel at wonders inside and out at CaixaForum

Wherever there’s a CaixaForum in Spain, it’s guaranteed to be one of the best attractions in the city, and the Madrid version is no different. Built in an old power station, the museum is an architectural wonder in itself, appearing to levitate from the ground as you approach it. The luscious vertical garden on the exterior walls, has also made the venue a talking-point. Once inside you’ll find multimedia exhibitions of art, music, poetry, photography, as well as a number of events including debates, conferences and workshops for families and professionals alike. 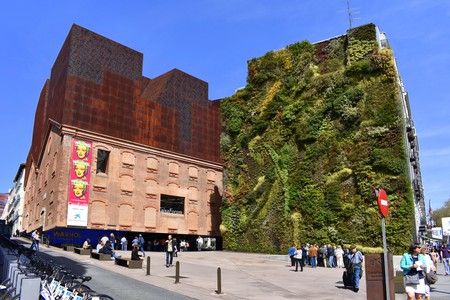 Treat yourself to pintxos on Calle Cava Baja

More so than just about any other region in the city, La Latina is synonymous with great tapas, and Calle Cava Baja is no exception. Specialising in pintxos, a type of tapa served primarily in the Basque region, this street is lined on both sides with traditional tavernas where you can pick up a quick snack or a substantial meal for a great price. Lively and rambunctious, the bars on this street are placed in such close proximity that you can duck from one to the next quickly, treating yourself to an ice-cold beer and a tapa or two in each before making your move. 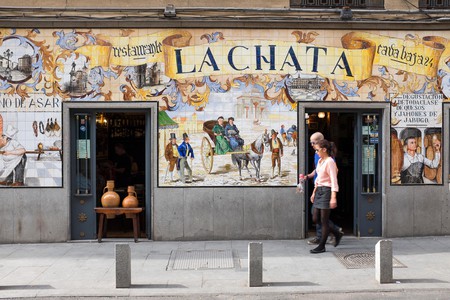 Step back in time at Chamberi metro station

One of Madrid’s first eight metro stations, Chamberi was designed and built in 1919, inspired by the look and feel of the metro lines in Paris. Eventually, the station became redundant, due to the proximity of other nearby metro stations and was closed in 1966. Since then, it was preserved due to the entrances being bricked up, and eventually lovingly restored in 2006. These days, it acts as a glimpse into the past of the ghost metro station, with a platform viewpoint where you can see the modern metro roar past, from more antiquated surroundings. 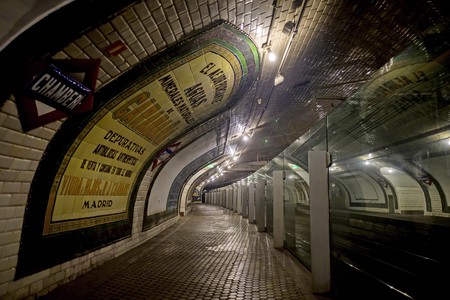 For those with a strong sense of curiosity (and a stronger stomach), Madrid has a number of grisly exhibits which will satiate your darker curiosities. The Giant of Extremadura is a genuine skeleton of one of the tallest men in Spanish history, at a staggering 7ft 8in (2m 34cm) tall, and is on display in the Museum of Anthropology. The National Archaeological Museum has a similarly fascinating display, known as the Guanche Mummy of Madrid. The Guanche were the original inhabitants of the Canary Islands, and this mummy is one of the best preserved relics of Guanche history found to date. 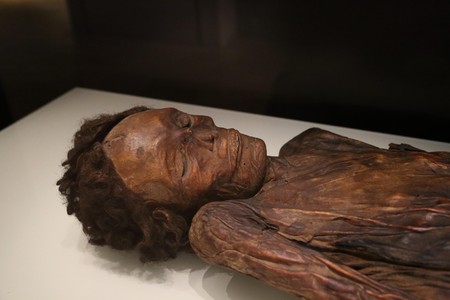 Ernest Hemingway was fascinated with Spain and Spanish culture after becoming utterly enamoured while working as a reporter during the Civil War. Many of his favourite spots in the country were in Madrid and some still exist to this day. Begin with Sobrino de Botin, the world’s oldest restaurant, and try the suckling pig. It’s so good that Hemingway mentioned it in his novel The Sun Always Rises. Treat yourself to a beer or two in the Cerveceria Alemana, a cocktail at Museo Chicote and check out the second floor breakfast room at Tryp Gran Via to see photos of ‘Don Ernesto’. 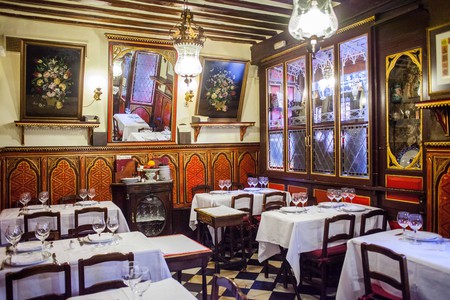 Take boats on the lake at Retiro Park

Of all of Madrid’s famous and storied parks, Retiro Park is perhaps the most well-known. Ornate, verdant and beautiful, with botanical gardens, monuments, the Crystal Palace and more, it really is possible to lose a whole day among the leaves. However, one of its best features is its central lake, surrounded by street performers, fountains and more. It’s the perfect place to spend a romantic or wholesome afternoon. Take a rowboat out onto the lake with the ones you love most, and lose yourself among groups of others doing the same. 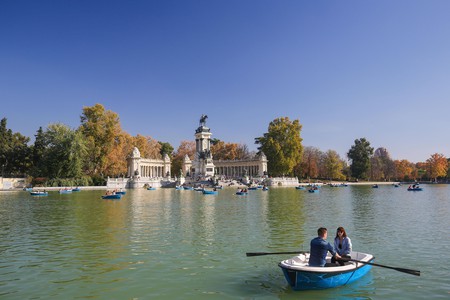 Dance ‘til sunrise at a club

Madrid’s nightlife is the stuff of legend. The city’s most famous club is perhaps Kapital, the 7-storey complex known for its strict door policy and extensive range of music. However, Madrid isn’t just a city of ‘superclubs’. Mondo Disko is known for attracting some of the biggest names in house and techno through its doors, while La Riviera’s varied nights could see your favourite band play one night and your favourite DJ the next. For those who like their settings a little more intimate and underground, Goya Social Club is a 400-capacity venue so beloved that occasionally a big name like DJ Maceo Plex will drop by and play an impromptu set… 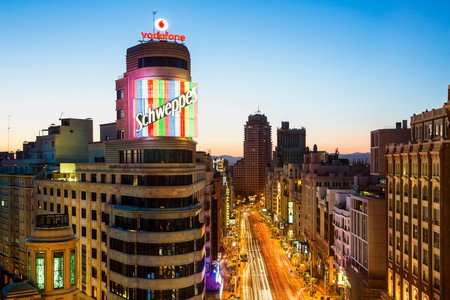