The Top 10 Things To See And Do In Maribor 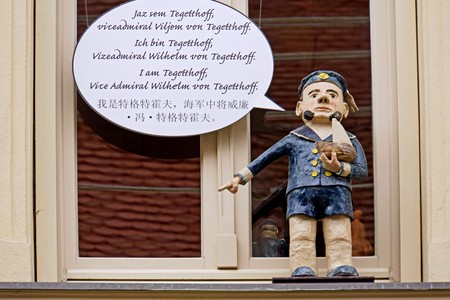 Maribor is a place of rich history and multicultural heritage, as well as a town offering amazing adventures, picturesque landscapes and some of Slovenia’s top wines and cellar doors. Here is our guide to the top 10 things to see and do in Maribor, the second biggest city of Slovenia. 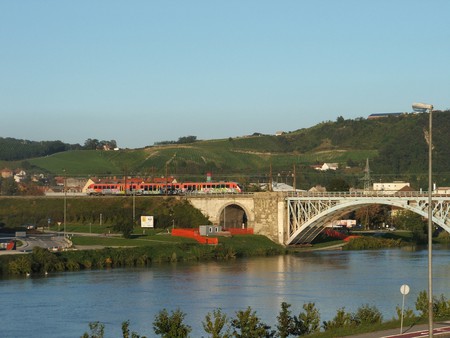 Visit the The Old Vine House

Maribor’s Old Vine is the oldest grape vine in the world, with over 400 years of history recorded in the Guinness Book of Records. Years ago, it used to be a part of the town’s defensive wall, while today it is arguably the biggest tourist attraction in Maribor. The Old Vine House is a temple to the wine traditions of the city, region, and the whole of Slovenia, with an exhibition room presenting the rich wine heritage of the country and offering tasting of excellent wines from the surrounding Štajerska wine region. Throughout the year, the city organizes many events in honor of the Old Vine, such as the ceremonial grape harvest and pruning of the vine.

Go to an escape room

Escape rooms first became popular in Asia, however, Central and Eastern European cities quickly picked up the idea and fell in love with this kind of adventure game. In Maribor there are three awesome spots where people get locked in one room and need to connect with their inner detectives to solve series of puzzles and find clues that will help them get out within a set time frame. Escape Room Enigmarium provides a fun and educative experience with a range of different storylines. 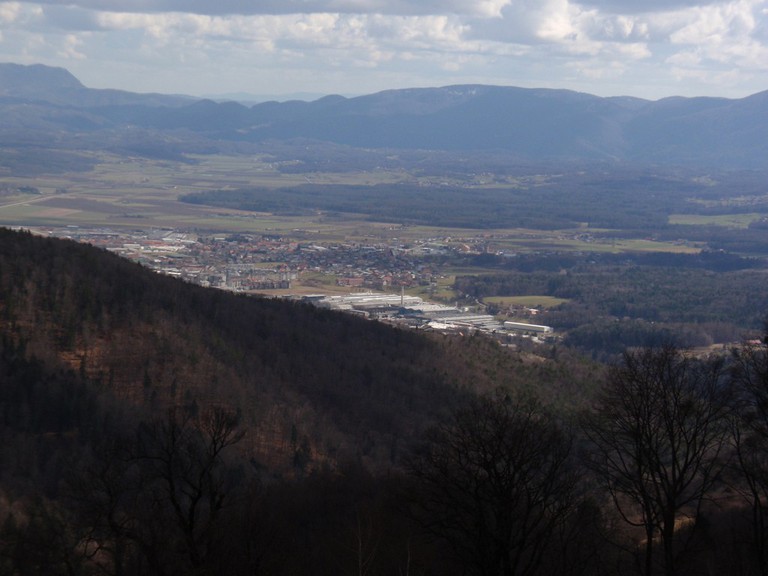 View from Pohorje | ©Danilo Tic
Restavracija Villa rustica provides its guests with a great culinary and educational experience, as it is located on the edge of the city center in the immediate vicinity of the archaeological site of Roman ruins, opening out to a stunning view of the Pohorje Mountains. It has a big terrace and a large green area outside, which makes for perfect seating on a warm and sunny day. Meanwhile, the kitchen offers Italian cuisine, and its interior is arranged in an elegant style with beautiful tableware complete with folklore accents and rustic decorations.
Open In Google Maps
36 Majcigerjeva ulica, Maribor, Upravna enota Maribor, 2000, Slovenia
Give us feedback

The Jewish district of Maribor is locted in Lent, the oldest part of the town. On the Židovski trg, the Jewish square, visitors will find the Synagogue, now serving as the Center of Jewish Cultural Heritage in Maribor and organizing exhibitions, concerts, and other social events. Across from the Synagogue, there is a Jewish Tower that was once used for defense purposes, while beneath the plaza there is a medieval Jewish cemetery and a mikvah, the ceremonial bath.

Plan a trip up Pohorje

The Pohorje, green mountains surrounding Maribor, are a great place to spend some time surrounded by nature. It is a haven for hikers, cyclists, and horse riders, who will find amazing forest trails with beautiful waterfalls, vine roads, and peat moors. During the winter, Pohorje is one of the most attractive ski centers in the country. On the way to the mountains, visitors will find tourist homesteads and vineyards welcoming them with homemade culinary delights, and mountain wellness centers offering relaxation and spas. 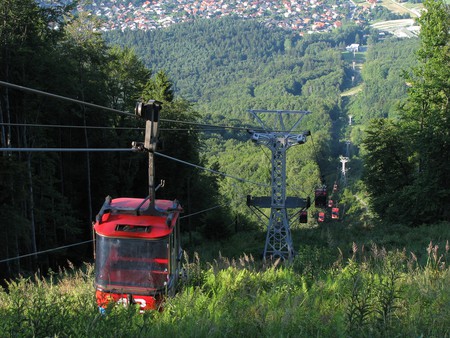 The Pohorje, green mountains surrounding Maribor, are a great place to spend some time actively in nature | © Breki74 / Flickr

Visit the first Romani restaurant in the EU

Restaurant, Romanian, European, Slovenian
Facebook
Email
Twitter
Pinterest
Copy link
Share
Map View
Maribor is a town cultivating not only great Slovenian traditions but also integrating other ethnicities into its community. Romani Kafenava is the first Romani restaurant in the European Union and its aim is to reduce prejudices and stereotypes among the locals towards Romas, and give a space to the Roma people where they can present their traditions, language and cuisine. The interior is arranged in a rustic style and decorated with unique Romani art, colorful tablecloths and vases. What’s more, Roma musicians and dancers often grace the establishment.
Open In Google Maps
34 Gorkega ulica, Maribor, Upravna enota Maribor, 2000, Slovenia
+38640933990
Visit Website
Give us feedback

Go on a balloon excursion

Balon Center gives adventurous visitors a unique opportunity to see the stunning countryside of the town from an all new perspective. A balloon excursion is a great way to create unforgettable memories and to take wonderful photographs of the Pohorje area from above. 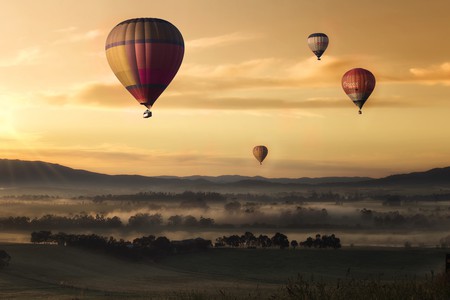 Spent an adventurous day at the Altitude Polygon

Those who love adrenaline should be sure to hit the Altitude Polygon. Adventurous challenges such as the Giant Swing, wall climbing, the Pillar of Courage, Hanging Bridge, and steel cables await daring visitors who are not afraid of heights and speed. Each person is tested on the ground before participating in the tasks, while the most fearless guests will be taken 14 meters above the ground, the equivalent to the top of a six-story skyscraper.

Take a walk in Lent

Lent is the oldest part of Maribor and is the best example of the town’s rich cultural heritage. The great fortress of the town dates back to the 16th century and can be seen from one of the oldest city streets, Usnjarska ulica. Centuries ago, this was renowned as the dirtiest street in town because of the leather workshops that used to be found here. Now, the street leads explorers past the Water Tower, all the way to the heart of the Jewish district. Another interesting part of the fortress is the Judgement Tower, linked to the witch trials that once took place in Maribor. 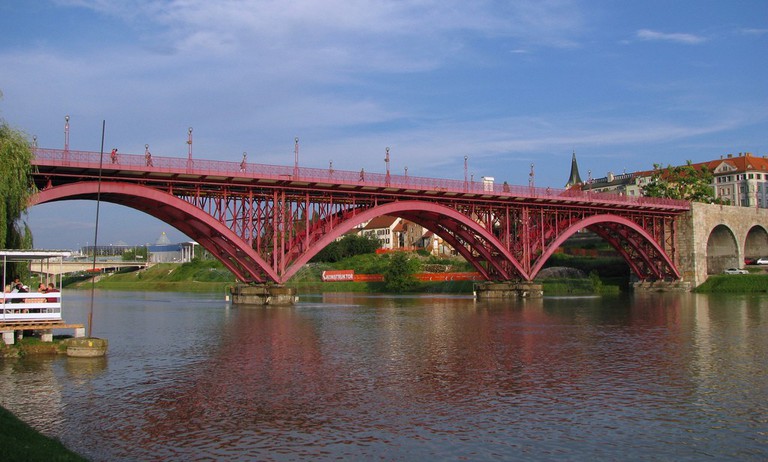 Maribor’s history has close ties with the river Drava and its various bridges. As many merchant routes lead through the town, bridges symbolized the wealth and power of the city during times of peace, while in times of war, they made the town a strategic center in Europe. The Old Bridge that was built at the beginning of 20th century was one of the most beautiful bridges of the Austro-Hungarian Empire. It was damaged during the World War II but was finally restored in 1998. The other interesting bridge is the Titov, built when Slovenia was a part of Yugoslavia. 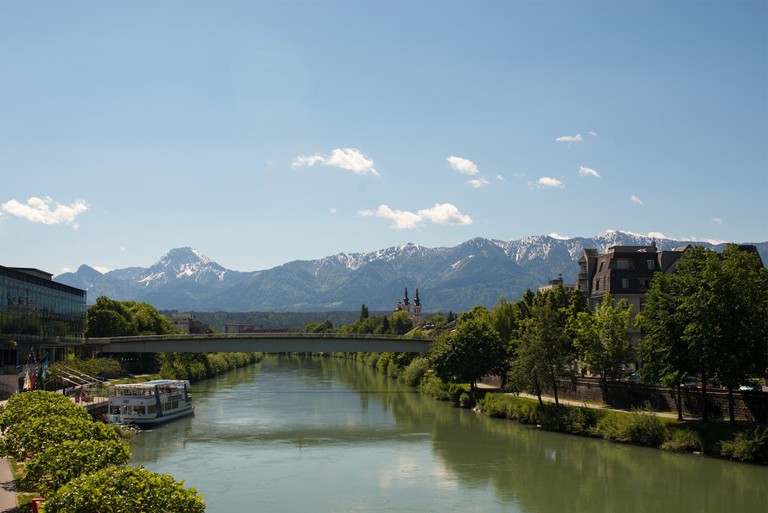