The Best Festivals in Slovenia

People dressed as Kurent at International Carnival in Ptuj | © Ekke /WikiCommons
Slovenia is a great destination for festival lovers. Each year cities and towns all over the country host exciting, unique, local and international festivals. Whether you like theater, cinema, folklore, contemporary art, or an eclectic mix of it all, you can find something to suit your taste. Culture Trip has prepared a list of the Best Festivals in Slovenia.

Grossmann Fantastic Film and Wine Festival, one of the most unique festivals in Slovenia, takes place in the last week of July in the town Ljutomer. This film festival focuses on horror and fantasy movies, which are unfortunately often forgotten by the mainstream media. The festival was launched in 2005 and is named after Dr. Karol Grossmann, a pioneer of Slovenian cinematography. Ljutomer and the surrounding areas are well known for quality wines, and therefore the decision to add wine to the festival came naturally. The main film program is accompanied by wine tastings, workshops, expeditions, concerts, and a traditional Zombie Walk.

For over twenty years, Lent Festival changes the city of Maribor into a large outdoor venue. What started as a small festival on the banks of the Drava River, is now counted among the largest open-air festivals in Europe and it attracts over half a million visitors every year. At approximately twenty-three venues located all around Maribor city center, visitors can admire theater performances, ballet, concerts, stand-up, opera, magicians, folklore, and much more. Known as a family-friendly festival, each year Lent offers a colorful program for children. Traditionally the festival closes with magnificent fireworks over the Drava River.

Kurentovanje, a festival of spring and fertility, is the most popular Mardi Gras celebration in Slovenia. Since 1961, the festival has taken place every year between Candlemas and Ash Wednesday in the oldest Slovenian town, Ptuj. The festival focuses on Slovenia’s most important folklore character Kurent. The cowbells on Kurent’s belt make a loud noise, which is believed to chase away the winter and attract spring and a good harvest. Kurentovanje’s main carnival parade is accompanied by concerts, programs for children, and theater performances.

Each year at the beginning of summer, Ana Desetnica International Street Theatre Festival takes place on the streets of Ljubljana. Since the festival’s inception in 1998, audiences have enjoyed performances by mimes, magicians, dancers, and theater groups. The festival hosts children shows, dance performances, small and large scale productions and provocative shows suitable for adults. Throughout the years the festival has grown and recently began collaborating with other cities and towns in Slovenia. Today, Ana Desetnica Festival performances also take place in 10 Slovenian cities.

Ljubljana Festival is the main summer festival in the Slovenian capital. Between June and September, people can attend any of the almost eighty festival events. The festival program is of the finest quality and includes music, theater, and dance performances by leading Slovenian and international artists. Festival events can be enjoyed at the most prominent venues in Ljubljana, including the unique outdoor venue Križanke. Though the origin of Ljubljana Festival dates back to 1952, when it was a part of Ljubljana’s Tourist Week, the festival gained its present form in 2004. 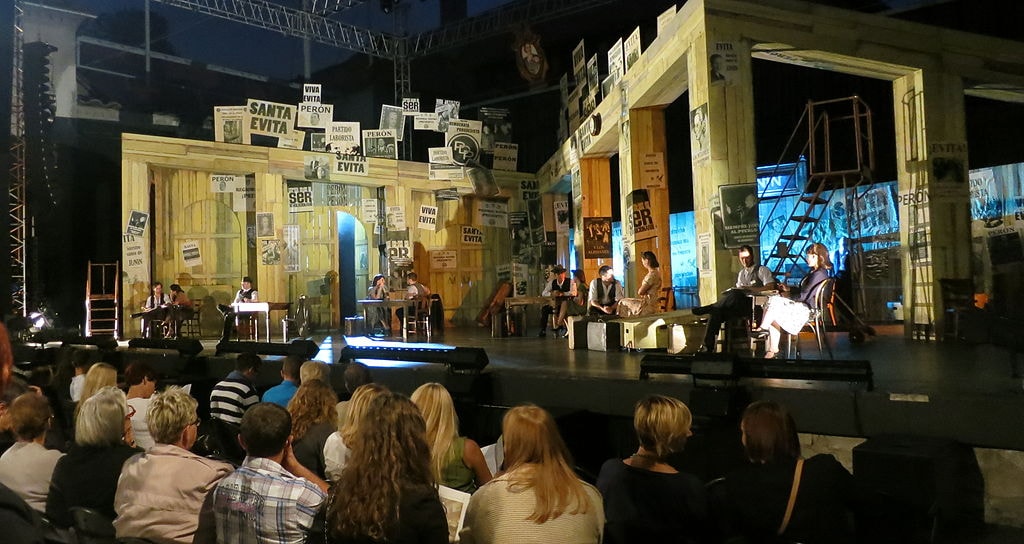 The annual festival, City of Women, first took place in Ljubljana in 1995 with its primary aim being to draw attention to the relative lack of participation and presentation of women in the arts. In October, the 10 day festival offers performances, exhibitions, debates, and workshops by performers and scholars from Slovenia and abroad. The nature of the festival is trans-disciplinary, and every year the performances are linked with a common artistic, cultural or socio-political topic. In addition to the festival, City of Women organizes lectures, public discussions, and civic initiatives throughout the year.

The first edition of Panč, a stand-up comedy festival, took place in 2007. The organizer’s main goal was to present the art form of stand-up to Slovenian audiences and give Slovenian stand-up comedians a chance to perform in front of larger crowds. The festival was an instant hit and tickets are usually sold out before the festival begins. At the end of August, Slovenian and international comics perform their best material in an ideal outdoor venue at Ljubljana Castle. Due to the popularity of the event, a winter edition of Panč festival was added in 2010. 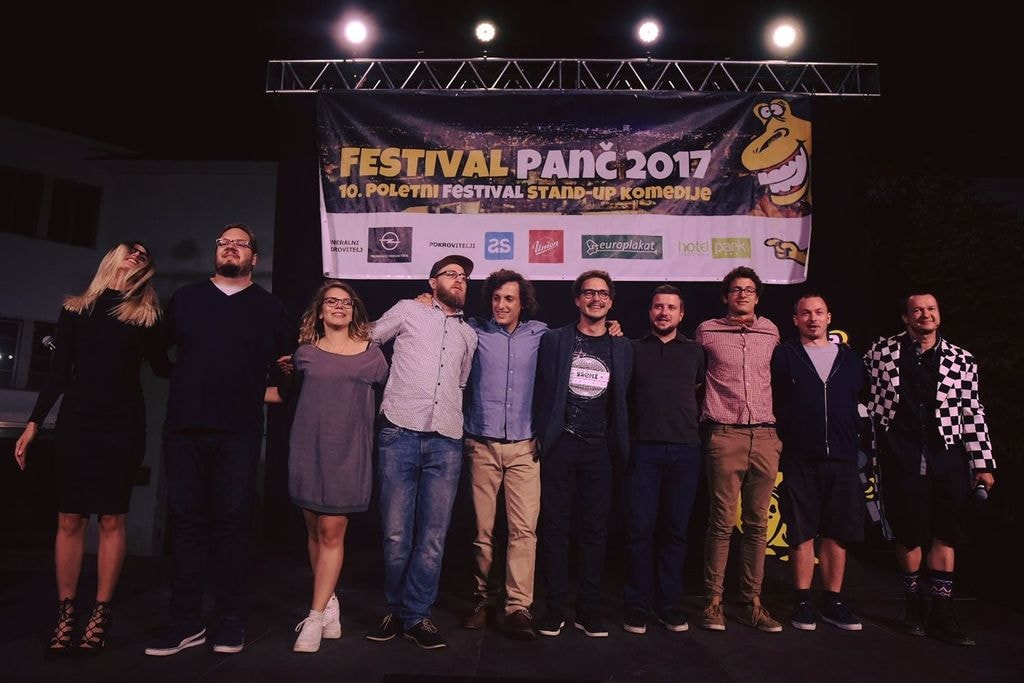 At the beginning of June, Kino Otok takes place in the small seaside town of Izola. The screening of movies that are otherwise not available in mainstream or art cinemas, combined with an exceptional selection of local and international guests, places this festival among the most important cinematic events in Slovenia. Since 2004, the festival has been screening movies at Art Kino Odeon Izola, the Izola Cultural Centre, and at the open-air venue in Manzioli Square. Excellent selections, renowned international guests, lectures, and workshops are reasons why more and more guests decide to visit this festival every year. 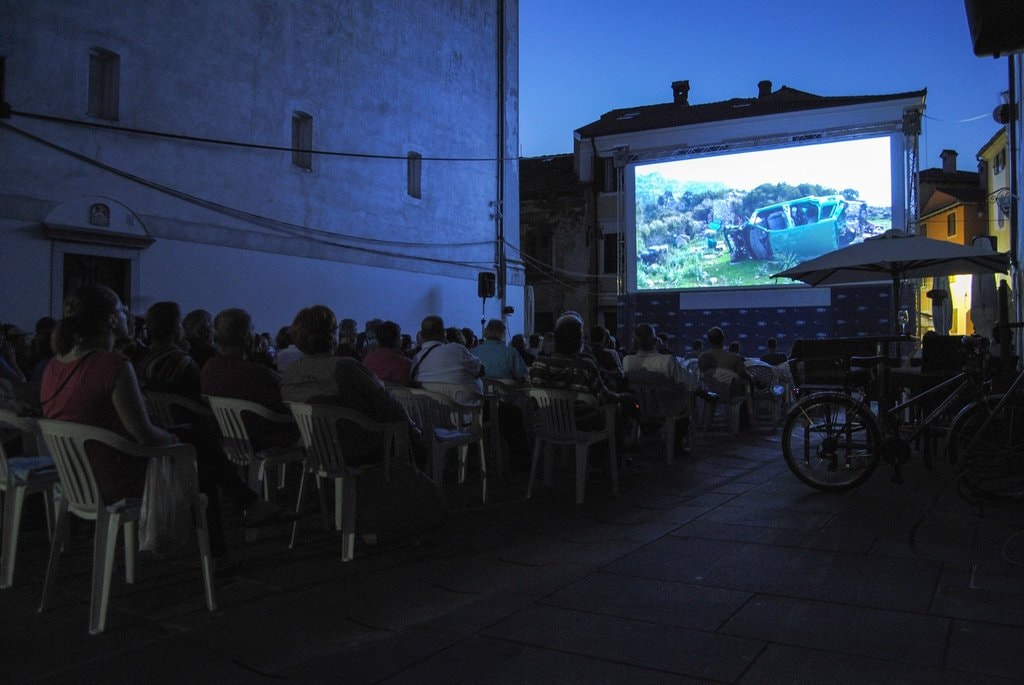 With over 30,00 visitors each year, Days of National Costumes and Clothing Heritage Festival, is the largest ethnological festival in Slovenia. Each September, for more than four decades, this festival has been attracting visitors to the small town of Kamnik. The festival hosts exhibitions of historical clothing and artifacts, a handmade arts and crafts fair, concerts, and programs for children. At the Sunday parade of national costumes, the peak of the festival, visitors can admire over 2000 national costumes from Slovenia and abroad as they parade through the center of Kamnik.