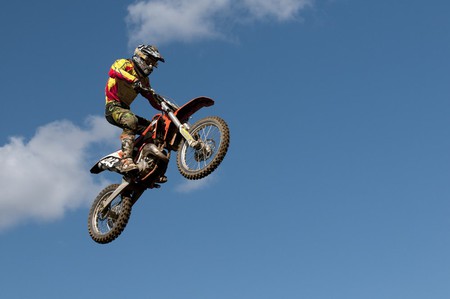 Getting some air | © B.Stefanov / Shutterstock

In 2016, the Slovenian athlete Tim Gajser pushed the limits of motocross and became the youngest world champion ever. The incredible results of the young athlete prove that with hard work and dedication, dreams can come true. Culture Trip introduces Tim Gajser, the youngest MXGP World Champion.

Tim Gajser started his journey to the top in the small Slovenian settlement, Pečke pri Makolah. His father was a successful motocross competitor, and the young Gajser never missed a chance to accompany him to his races. Ever since Tim first first sat on a motorbike (before the age of three), it was evident that he had inherited his father’s love for motocross. The future champion did engage in other sports like skiing, football, and judo, however it was all to gain the physical strength necessary to ride motocross. The young Gajser embraced a tough training regime, getting up before dawn and practising hard. Even in his teenage years, when his peers would go to the movies and parties, the young athlete preferred to ride his motorbike and improve his technique. Tim’s father built him a bike track behind their house so he could spend every moment he could training. It was this incredible dedication and passion for motocross that made it possible for Gajser to fulfill his dream of becoming a champion. 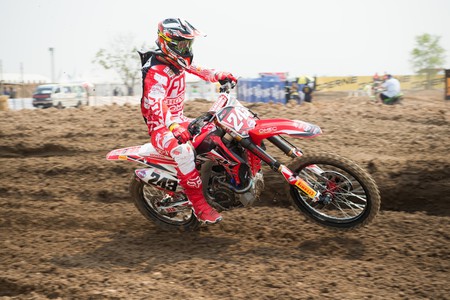 Success came early. By the age of eight, Tim was already a European Champion in his category. He repeated his success at the age of 10 and then again when he was 13. His incredible talent for assessing situations on the track and the ability to keep complete control of his bike during high jumps was becoming more and more apparent. His racing improved almost daily, and as a result, Gajser was crowned 2015 FIM Motocross World Champion. Tim, his father, and his Honda team then decided to start the next season in the prestige MXGP category. They all believed this would give him time to grow as a rider and get familiar with racing against the best in the world. 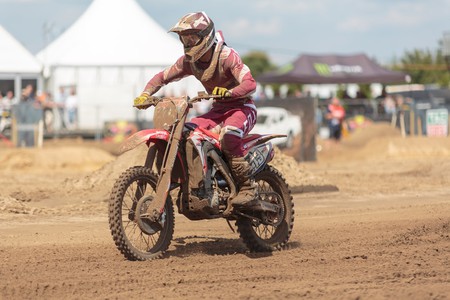 As an individual Tim is best described as a modest, dedicated, and caring. He is a humble man and hasn’t let his success go to his head. His family’s closeness and support of him from a young age prove that you do not need endless financial means to achieve your goals and happiness. With their help, Tim stayed focused and has achieved more than any young motocross rider has before him.