Art As National Identity: Jasmina Cibic And Slovenia At The Venice Biennale

The artist Jasmina Cibic has been selected to represent Slovenia at the 55th International Art Exhibition in Venice – la Biennale di Venezia. Entitled For our Economy and Culture, Cibic will create an immersive multi-media installation that appropriates the entire space and explores issues that surround creativity as a means of national representation. 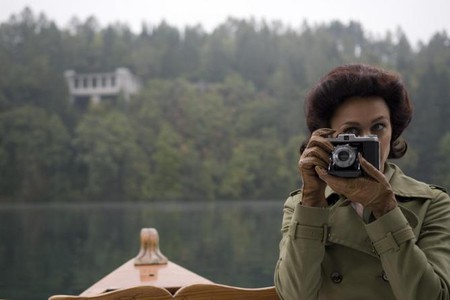 For our Economy and Culture will take the curatorial directive of the 55th Venice Biennale, ‘The Encyclopaedic Palace’ (or Il Palazzo Enciclopedico) which is the overall theme of the international art exhibition and takes its cue from Marino Auriti’s dream of a universal and all-embracing knowledge. As curator Massimiliano Gioni’s exhibition suggests, reality creates an infinite catalogue of images and visions, much like the nature of art exhibitions themselves. This is a notion which Slovenia’s Jasmina Cibic uses as a point of departure for the beginning of For our Economy and Culture. Building upon the concept of the utopian in Gioni’s theme, the artist stresses the absence of a selection process and the censorships that are inherent to the very form of an exhibition of this kind and rather, ‘points to the acute stance in national iconography.’

The Slovenian Pavilion at the Biennale will focus on the architectural framework of the actual Pavilion building itself, a common trait in productions by Jasmina Cibic. The space speaks more of intimacy as an ex-private residence, rather than the public engagement to be expected within a gallery setting. Manipulating strategies used within official state architecture, Cibic transforms the pavilion into a boudoir. For our Economy and Culture thus creates a dialogue between the ideological framing of nationhood and its presentation and representation. With her interdisciplinary approach, Cibic creates a variety of elements in which to examine modes of exchange, reception and constructions of identity. 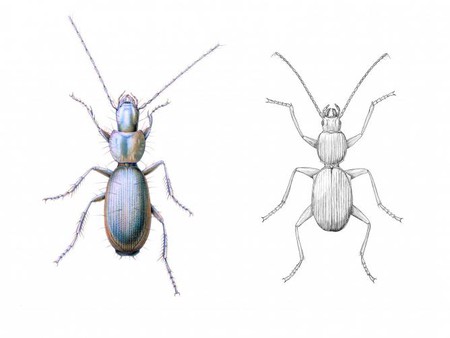 The exhibit will consist of two films, which dramatize the contradictions inherent in Slovenian national identity from past and present. The interior of the Slovenian Pavilion is covered with images of an endemic Slovene beetle, a failed national icon that is completely extinct solely because of its ideologically charged name ‘Anophthalmus hitleri.’ The Slovenian pavilion will also feature a series of historical and contemporary paintings of flower arrangements drawn from the official art collection of the National Assembly of the Republic of Slovenia. These particular works are routinely selected to decorate the current government offices, so they literally frame MP’s heads and present a particular ideal of the state image. Using decorative and neutral images such as these, Cibic further elaborates on her notion of art as a souvenir or token of national identity. 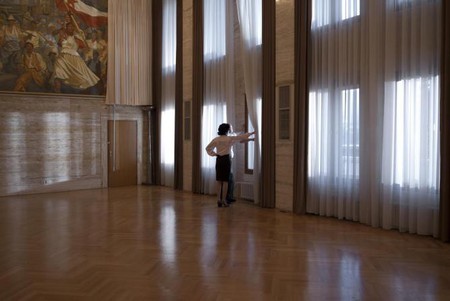 Born in Ljubljana, Slovenia in 1979, Jasmina Cibic studied at the Academia di Belle Arti in Venice, Italy. In 2006 she received an MA in Fine Art at Goldsmiths College, London 2006. Cibic has been the recipient of many acclaimed awards including Bevilacqua la Masa (Venice 2002, 2005), The Trend Award for outstanding achievements in visual art in Slovenia (2011), and Caitlin Commission Award (London, 2011). Highlights of her work include The Object of the Spectacle, Škuc Gallery, Ljubljana (2011), Airport Projects, Galerija Ganes Pratt, Ljubljana (2009) and Spectators, Tourists and Casual Passers-by ADHOC Galleria, Vigo, Spain (2009).

The 55th International Art Exhibition of the Venice Biennale will take place from 1 June – 24 November. The Culture Trip’s Venice Biennale Series is an article series leading up to the start of the exhibition. With 88 countries participating in this year’s Biennale – 10 of them for the first time – and 150 artists from 37 countries, our coverage over the next couple of months will highlight a selection of the National Pavilions that will be participating in the 2013 edition of the Venice Biennale. Watch the Biennale page on our site or The Culture Trip’s Twitter, Facebook and Pinterest pages for our daily Biennale articles and updates.