A Short History of the Counts of Celje and Celje Castle

View of Celje from the Celje Castle | © Bernd Thaller/WikiCommons

The Counts of Celje were the most influential noble dynasty on the territory of what is present-day Slovenia. Their dynasty rose in late medieval times, and at their peak they accumulated property in Slovenia, Croatia, and Hungary, owning more than 20 castles, including Celje Castle where they lived for over a century. The most captivating and tragic story associated with the Counts of Celje is the Romeo and Juliet-like love story between Count Frederick II and his love, Veronika of Desenice.

Celje Castle was the official residency of the Counts of Celje. It is the biggest and probably the most important medieval castle in Slovenia and was first built as a fort in the 12th century by the Counts of Vovberg. Yet, it was the castle’s most famous inhabitants, the Counts of Celje, who transformed it into a residence at the end of the 14th century. They added a four-story tower, the most preserved structure of the castle, and on the other side of the castle’s courtyard, they built two residential buildings, where the family and the help resided.

The castle’s position and fortifications made it impregnable. A secret tunnel was built from the castle to the granary that would provide the necessary food supply if the castle was under siege. After the end of the Counts of Celje’s dynasty, the castle’s ownership changed several times and, with the loss of its strategic role, Celje Castle began to decay. Fortunately, at the end of the 19th century, Celje Museum Society began restoration and saved the castle from complete disintegration. Nowadays, the castle is a favorite tourist attraction and a popular wedding venue. The courtyard of the castle hosts cultural performances throughout the year and is especially known for the annual event, Under the Stars of Celje, where once a year time rolls back and visitors can experience life in medieval times. 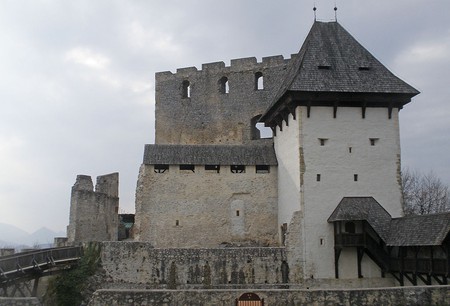 The Counts of Celje

The Counts of Celje were the most known residents of Celje Castle. The most influential noble family in Slovenian history was first known under the name Lords of Sanneck. In 1341, Frederick I was named Count of Celje by the Emperor Louis IV and with that the great era of the Counts of Celje began. Their power and influence grew rapidly as a result of their smart political decisions, bravery in the battlefield, and arranged marriages with nearby nobility. At their peak, the Counts of Celje were in charge of most of the territory of present-day Slovenia, as well as parts of Croatia, Bosnia, and Hungary.

Their rapid rise continued after the 1396 Battle of Nicopolis, where Count Herman II of Celje saved the life of Sigismund of Hungary, who later became the King of the Holy Roman Empire. As a sign of the King’s gratitude, the Counts were elevated to Princes of the Holy Roman Empire in 1436. It was the assassination of Herman II’s grandson Ulrich II, in 1456, that brought down one of the most powerful families in Europe. Ulrich II did not have a male successor, and after a war of succession, all the estates and property were handed over to the Habsburgs, marking the end of Counts of Celje. 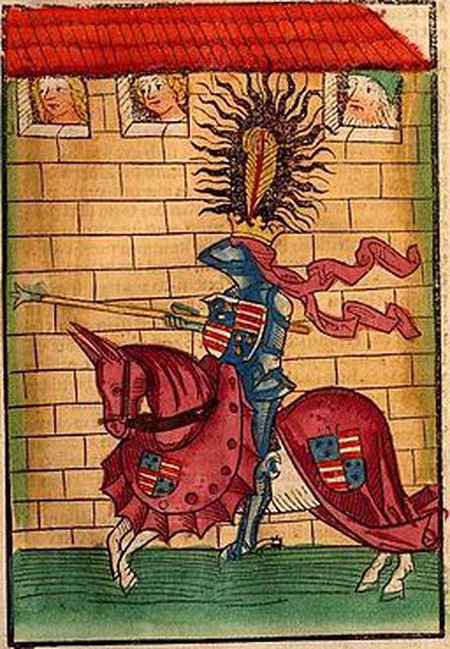 A great deal of the Counts of Celje’s financial and territorial wealth was gained through arranged marriages. In hopes of gaining a large portion of estate in Croatia, Count Herman II arranged a marriage between his firstborn son Frederick II and Elizabeth of Frankopan, the daughter of one of the wealthiest Croatian counts. The betrothed couple had two children; however, they were not fond of each other, and during their marriage, Frederick II began an affair with his true love, Veronika of Desenice. Unpleased with the shame the love triangle brought to the reputation of the Counts of Celje, Herman II intervened and persuaded Frederick II and Elizabeth to meet. On the first night the married couple reunited, Elizabeth mysteriously died. Her death remains a mystery, and many suspect Frederick II of murdering his wife. 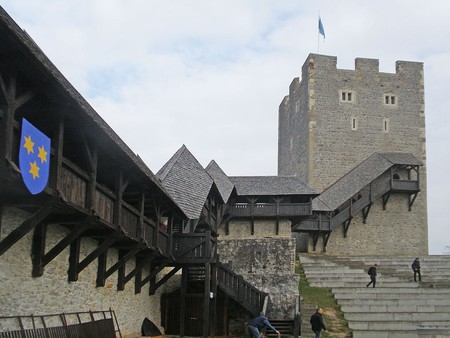 After the death of his first wife, Frederick II wished to marry his true love Veronika, to which his father objected, as Veronika was of only minor nobility. The lovers defied Count Herman II’s wish and married in 1425. Knowing that Count Herman II would not stand for disobedience, the young couple feared for their lives. They pleaded for asylum in Venice, but the Venetian Senate denied their request. Furious, Herman II ordered his men to capture Frederick II and to have him locked in the tower of Ojstrica Castle. Veronika fled, and was in hiding until she was found and put on trial for witchcraft. She was accused of the attempted murder of Herman II and of using a magic love spell on Frederick II. Despite Veronika not being charged with any crime, Herman II used his influence and power and had her assassinated by drowning.

After Veronika’s death, Herman II released his son from the castle tower, but the hatred between the father and son was present until Herman II’s death in 1435. This tragic love story has been an inspiration for many Slovenian authors; the most known is Josip Jurčič‘s 1880 play Veronika Deseniška.

Celje Castle is open 9am to 9pm daily.