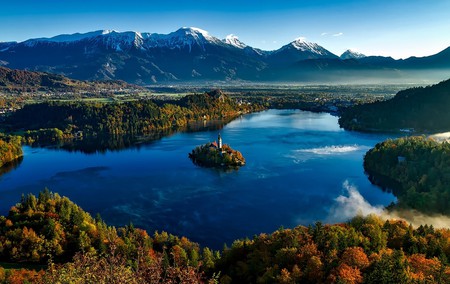 Lake Bled is undoubtedly the most recognizable tourist attraction in Slovenia. Every day, the town of Bled welcomes thousands of visitors who wish to see this picturesque lake surrounded by mountains. Here are five fascinating facts and fables about Lake Bled.

Lake Bled was created by fairies

The most well-known folk tale about the origin of Lake Bled tells that the lake was created by fairies. According to the story, the area of the lake used to be a valley full of luscious grass. The local shepherds liked to bring their sheep to the valley during the day, and fairies loved to use the soft grass as their dance floor at night. Afraid that the sheep would eat all of their grass, the fairies asked the shepherds to build a fence around their dance floor. The shepherds refused to help the fairies and soon the sheep ate all the grass and left nothing but bare earth behind. Seeking revenge, the fairies flooded the valley and created a lake with a small island in the middle, where they could continue to dance at night. 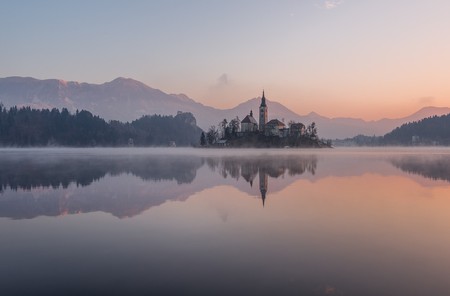 Lake Bled in the Winter | © dreamypixel/Pixabay

Lake Bled is the only island in Slovenia

The island in Lake Bled is not only the most popular island in Slovenia, it is the only natural island in Slovenia. Just under an acre in size, it now houses several buildings, including a 17th-century church dedicated to the Assumption of Mary.

The boat taking visitors to the island is called a Pletna

The best way to visit the island in the middle of the Lake Bled is by the Pletna boat. This traditional boat has a flat bottom and a signature colorful awning that offers shade to passengers on their journey. The first Pletnas were built in the 12th century and the special rowing technique, used by the oarsmen, has been passed down through the same families from generation to generation. 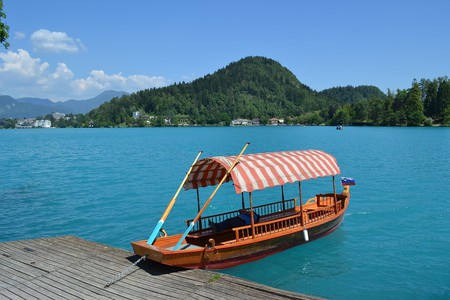 The bell of the island’s church grants wishes

Another folk tale tells of a young woman who lived in Bled Castle. After thieves killed her husband, the widow collected all her silver and gold to buy a small bell. She intended for the bell to be installed in the chapel on Lake Bled’s island where she prayed daily after her husband’s death. Unfortunately, a storm hit the lake during transportation, and the bell and boat sank to the bottom of the lake. Devastated, the widow gave away her fortune, built a church on the island, and moved to Rome where she became a nun. After her death, a different bell was blessed by the Pope and was sent to the island’s church in memory of the widow. Since then it is believed that the church bell on the island grants a wish to whoever rings it. 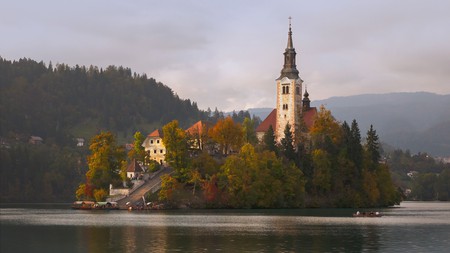 The most important building on the island was built in the 17th century and is the pilgrimage church dedicated to the Assumption of Mary. To visit the church and ring the wishing bell, visitors to the island need to climb the beautiful Baroque staircase that has 99 stone steps. Slovenian newlyweds often visit the island since it is traditionally considered good luck for the groom to carry his bride up the stairs on their wedding day. 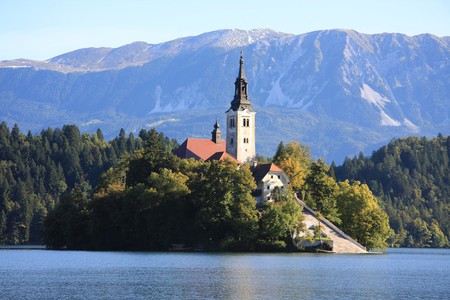