Ljubljanica River│© Jean-Pierre Dalbéra/Flickr
The picturesque streets of Ljubljana are full of historic buildings and cultural hotspots, with much of the key architecture designed by famed creator Joze Plecnik. Explore the best of Slovenia‘s capital with our guide to the unmissable sights in town.

Bridge
Add to Plan
Dragon Bridge | © Klemen Tomše/Flickr
There are two legends associated with the Dragon Bridge, built in 1901. The first states that Jason, the ancient Greek mythological hero, founded the city of Ljubljana by killing a dragon – that same notorious dragon is now portrayed in one of the four sheet-copper statues that decorate the bridge. The second legend claims that the four dragons the bridge is named after, wag their tails every time a virgin passes by. The beautiful structure of the bridge and the legends associated with it have made it one of the city’s key attractions.
More Info
Open In Google Maps
2 Resljeva cesta, Ljubljana, Ljubljana, 1000, Slovenia
+38613061215
Visit website

Building
Add to Plan
Book Now
Ljubljana Castle | © Lorenzo Magnis/Flickr
Ljubljana Castle is located on Castle Hill, and has been overlooking Ljubljana for centuries. Easily reached by a short hike or by a more leisurely tram ride, the castle boasts a viewing tower with stunning views of Ljubljana and its surroundings. The tour offered at the castle takes visitors on a journey through time to the five most important historical periods in Ljubljana’s history, while more courageous visitors can descend into the castle’s dungeon, and explore the darker side of the building’s history.
More Info
Open In Google Maps
1 Grajska planota, Ljubljana, Ljubljana, 1000, Slovenia
+38613064293
Visit website

Memorial
Add to Plan
Prešeren Monument | © lplewnia/Flickr
Prešeren Monument portrays the famous Romantic Slovene poet Dr. France Prešeren, author of Slovenia’s national anthem. Placed in Prešeren Square, the statue of the poet faces the window of his unrequited love, Julia Primic. The 3.35 meter (11 feet) statue is accompanied by a muse sitting on a rock above the poet, holding a laurel wreath in her hand. Designed by Maks Fabiani and Ivan Zajc, the monument was unveiled in 1905.
More Info
Open In Google Maps
Prešernov trg, Ljubljana, Ljubljana, 1000, Slovenia
Visit website

The main bridge out of the three that form Ljubljana’s Triple Bridge was built in 1842, with the still visible inscription bearing a dedication to Archduke Franz Karl. The other two smaller bridges were added by Jože Plečnik in 1932. Plečnik removed the metal railing from the main bridge and decorated all three bridges with enormous stone balustrades and lamps. The finished design, the Triple Bridge, is now the main connecting bridge between the old medieval part of Ljubljana and the newer part of the city center. 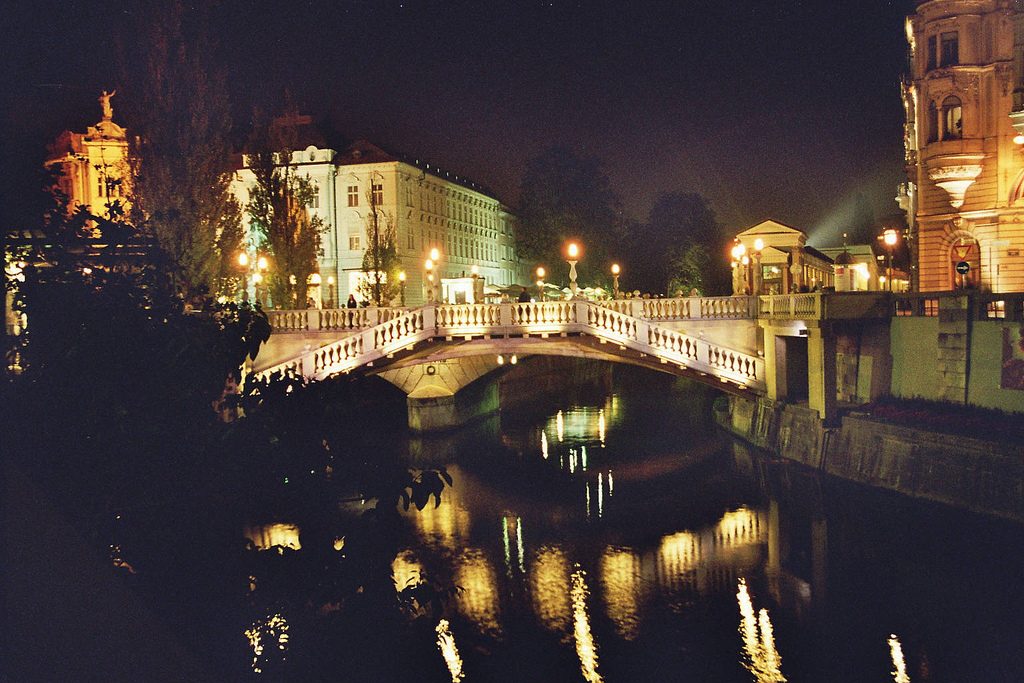 In Mestni Square, by the Town Hall, stands the beautiful Robba Fountain. Also known as the Fountain of the Three Carniolan Rivers, it was created by the Italian sculptor Francesco Robba in 1751. In the fountain, statues of gods represent the three Carniolan Rivers (Ljubljanica, Sava, and Krka). The original fountain, made of marble and limestone, has been moved to the National Gallery to avoid future deterioration – a replica of the Baroque fountain is now displayed in the square. 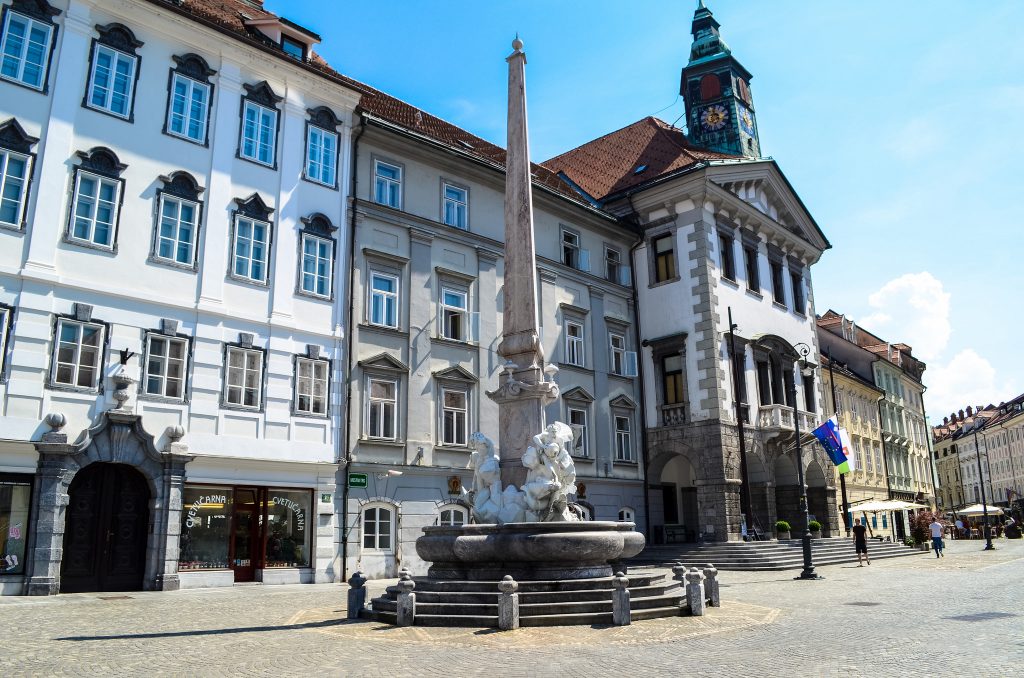 Theatre, Monastery, Theater
Add to Plan
Križanke | © Ramón/Flickr
Kižanke, a unique music and theater venue, is located in what used to be a convent for priests and seminarians. In 1952, Jože Plečnik was assigned to convert the old monastery into a venue site for Ljubljana Festival events. When Plečniks’s renovation was complete, Križanke was only suited for small concerts. After Plečnik’s death, a larger outdoor venue was added in what used to be the monastery gardens. Križanke’s architecture and excellent acoustics make it one of the most popular music and theater venues in Slovenia.
More Info
Open In Google Maps
1 Trg francoske revolucije, Ljubljana, Ljubljana, 1000, Slovenia
+38612416012
Visit website

Cathedral, Church, Ruins
Add to Plan
Cathedral of St. Nicholas | © Jorge Láscar/Flickr
The Cathedral of Saint Nicholas was built in 1706, following the designs of architect Andrea Pozzo. The Baroque style is visible on the church’s exterior and especially in the interior, where the lavish frescoes, statues, and paintings make it a must-see for visitors. The bronze sculpted doors of the cathedral were installed in 1966, to commemorate the 1,250th anniversary of Christianity in Slovenia.
More Info
Open In Google Maps
1 Dolničarjeva ulica, Ljubljana, Ljubljana, 1000, Slovenia
+38612342690
Visit website

Art Gallery
Add to Plan
Metelkova Mesto | © Zairon/WikiCommons
In 1993, squatters moved into the old army barracks in Ljubljana city center. What started as a squat is now an Autonomous Cultural Center, Metelkova Mesto. The exterior of the seven buildings is a collage of artwork from both Slovenian and international artists wishing to contribute to the uniqueness of the area. Throughout the week, music venues and galleries at Metelkova host concerts and various events, while the courtyard is a popular place for locals to stop by for a beer in the evenings. Metelkova is also home to the one-of-a-kind Celica Hostel, where guests can sleep in the old army prison cells.
More Info
Open In Google Maps
10 Metelkova ulica, Ljubljana, Ljubljana, 1000, Slovenia
Visit website

Market, Food Stall, Food Stand, European, Slovenian
Add to Plan
Open area of the Central Market | ©Charlie/Flickr
Designed by Jože Plečnik, Central Market is one of the most vibrant parts of Ljubljana and was built in 1939. The architect envisioned three main market areas; the covered part of the structure hosts butchers and sellers of traditional Slovenian products, such as cheese, pumpkin oil, bread, etc; the second part is a large outdoor area with stands full of fresh fruit, vegetables, and flowers; while the third part is the fish market, located right on the Ljubljanica riverbank.
More Info
Open In Google Maps
6 Adamič-Lundrovo nabrežje, Ljubljana, 1000, Slovenia

Library
Add to Plan
National and University Library of Slovenia, Turjaška ulica | ©dalbera /Flickr
The National and University Library was established in 1774 – after residing in several buildings, it moved to its current location in 1941. Its aim is to collect and preserve the written heritage of Slovenia, and to this end it contains almost three million books of Slovenian and foreign origin.The building is another monument created by Jože Plečnik and is considered one of his best works. The distinguished façade combines stone and brick from old demolished houses.
More Info
Open In Google Maps
1 Turjaška ulica, Ljubljana, 1000, Slovenia
+38612001188
Visit website

Building
Add to Plan
Town hall | © Jorge Láscar /Flickr
As the seat of Ljubljana’s municipality, this beautiful building and its signature clock tower were built in 1484. The town hall was later renovated in the 18th century and is now considered one of the best examples of Baroque architecture in Ljubljana. Tours are available upon request, where visitors can admire the Gothic courtyard, the exhibition areas, and several rooms that are otherwise not open to the public.
More Info
Open In Google Maps
2 Stritarjeva ulica, Ljubljana, Ljubljana, 1000, Slovenia
Visit website

Franciscan Church of the Annunciation

Church, Monastery
Add to Plan
Franciscan Church of the Annunciation | ©vicbergmann /Flickr
The Franciscan Church of the Annunciation, with its red façade, is one of the most striking attractions in Prešeren Square. The church was built in the 17th century, though its appearance later changed as a result of the Ljubljana earthquake in 1895. The exterior of the building was slightly remodeled, and Slovenian painter Matej Sternen was commissioned to paint the new frescoes inside the church. In addition to its beauty, the daily mass held in several foreign languages makes the church especially popular with tourists.
More Info
Open In Google Maps
4 Prešernov trg, Ljubljana, Ljubljana, 1000, Slovenia
+38612429300
Visit website

Built between 1954 and 1959, Slovenia’s parliament building is a modernist palace housing the National Assembly (lower house) and the National Council (upper house). Designed by Vinko Glanz, the building’s most significant exterior section is a two-storey main portal bearing an allegory of the working people. Inside, the building is decorated with works of selected Slovenian artists, among which the large painting in the entrance hall by Slavko Pengov, portraying the history of Slovenians, is the best-known. 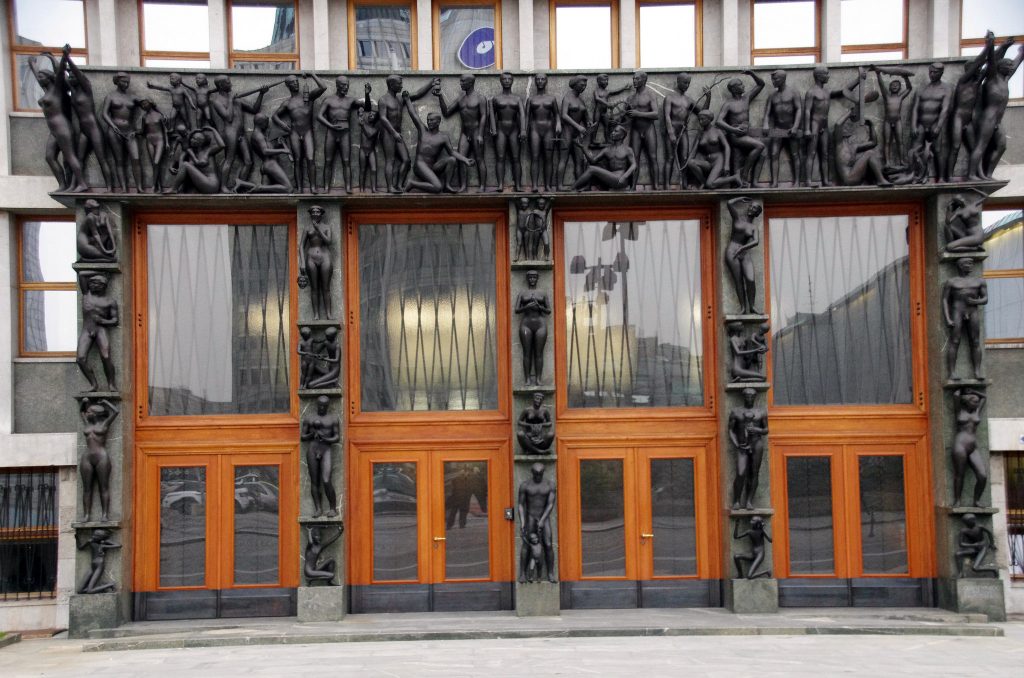 Plečnik House is a museum dedicated to Slovenia’s most famous architect, Jože Plečnik. The museum is located in the property where Plečnik lived when he returned to Ljubljana after residing abroad, and comprises two adjoining houses, a garden, and a workshop. Visitors can walk through the rooms decorated with the original furniture, clothing, books, and drawing tools, that were once owned by the architect. Plečnik’s original sketches are also displayed in the exhibition. Visitors can admire plans for some of his most famous structures, and also for projects that were never realized. 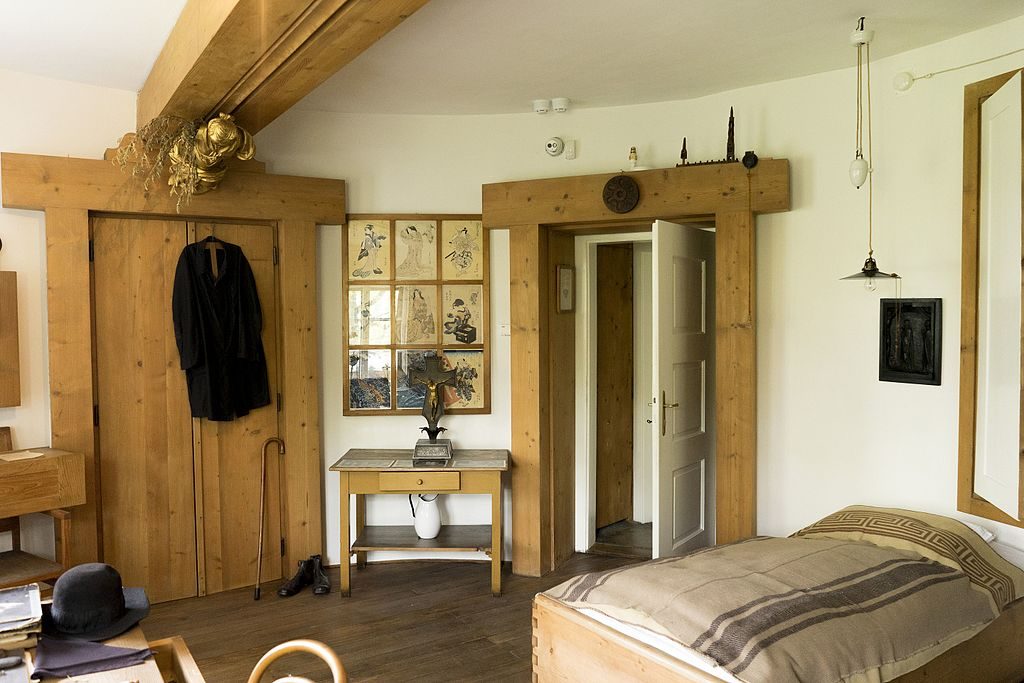 Zoo
Add to Plan
Ljubljana Zoo | © Karmen/Flickr
Ljubljana Zoo is located on the south slope of Rožnik Hill. It is home to over 500 animals (not counting insects) of more than 119 species. The zoo’s location in the forest and meadows of Ljubljana’s outskirts makes it a popular attraction all year round. Visitors can partake in special activities like feeding time, meeting their favorite animal, or becoming a zookeeper for the day – one of the most exciting activities is a sleepover in the zoo, when visitors can explore the zoo after hours, and observe and feed the animals at night time.
More Info
Open In Google Maps
70 Večna pot, Ljubljana, Ljubljana, 1000, Slovenia
+38612442188
Visit website
Book with our partner and we will earn a small commission.