The Top 8 Museums in Bratislava

View of the Bratislava Castle above Old Town | © Malvari/Pixabay
Artifacts from centuries of Slovak history are housed in several intriguing museums in Bratislava’s city center. In addition to learning about the history of Slovakia and its people, visitors can also explore two world class modern art galleries, a museum dedicated to all things related to wine, a castle, and a glamorous palace. No matter what you’re interested in, Bratislava’s eight best museums are sure to impress!

Building, Museum
Climb the Old Town Hall Tower for great views of Bratislava's central square | © PaulCosmin/Pixabay
The most spectacular objects on display at the City Museum of Bratislava might be the original advertisements from several well-known Slovak companies dating from the early 1900’s. The authentic invitations to craftsmen’s guilds Carnival balls are also beautifully printed and extravagantly detailed pieces of art. Additionally, when in the museum, if you manage to tear your eyes away from the many interesting historical artifacts to admire your surroundings, you will be rewarded. The museum is housed in the Old Town Hall, several of the rooms have been restored with their lavish and colorful original paintings and embellishments. Visitors can also climb to the top of the old tower for an unbeatable view of Bratislava’s central square from above.
More Info
Open In Google Maps
501/1 Hlavné námestie, Staré Mesto Bratislavský kraj, 811 01, Slovakia
+421259100847
View menu
Visit website
Visit Facebook page
Send an Email
Give us feedback

Or should we say, Slovak National Galleries? Because this collection is held in several buildings in Bratislava and in four other major cities throughout Slovakia. In the Esterházy Palace in Bratislava, visitors can see the museum’s permanent collection and two to three temporary exhibitions. The museum’s historical collection includes hundreds of years of art produced in the Slovak Republic, most notably religious art from the 14th to 18th centuries. Temporary exhibits feature a wide range of subjects from Slovak fashion to contemporary graphic art to Slovak architectural accomplishments.

The Museum of History in the Bratislava Castle

The Bratislava Castle is quite a large building so it is only fitting that it is also home to one of the largest collections of objects relating to Slovak history from the Middle Ages to the present. Just how large? The museum houses over 250 000 objects which provide visitors with information about national history, arts, sculpture, painting, culture, traditional and artistic crafts, numismatics, ethnography, warfare, economy, and the history of Slovaks living abroad. For a crash course in Slovakia’s complex history, spend a few hours walking through the detailed exhibits of the Museum of History in the castle. 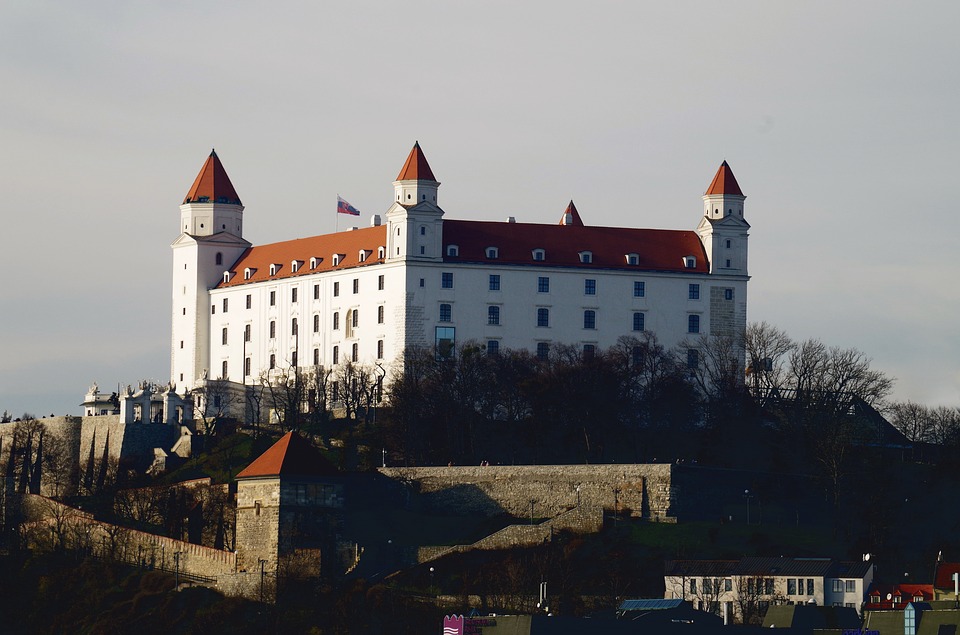 Museum of Arms in the St Michael’s Tower

Museum
The St. Michael’s Gate is the only remaining ancient entrance to the walled city of Bratislava; it was originally built in the 13th century. Now the gate marks the entrance to the pedestrian zone of the Old Town and in the tower you will find a small Museum of Arms. Young boys in particular, love to see the Medieval weapons on display, including swords, coats of arms, and cannon balls. All visitors will enjoy the view from the top floor of the tower, which provides a panorama of Michalska Street and the historical Old Town.
More Info
Open In Google Maps
390/22 Michalská, Staré Mesto Bratislavský kraj, 811 03, Slovakia
+421254433044
View menu
Visit website
Visit Facebook page
Send an Email
Give us feedback

For a glimpse back to the 18th century, visit the classicist Primatial Palace. The highlight of your visit will be catching your reflection in the impressive Hall of Mirrors. Several rooms on the second floor are set up with period furniture in order to show visitors what life in the Palace was like in the 18th century, when many important society events occurred in the building. The Treaty of Bratislava between France and Austria was signed here in 1805. In the interior courtyard, the Fountain of St. George and the Dragon opulently welcomes visitors upon entering. 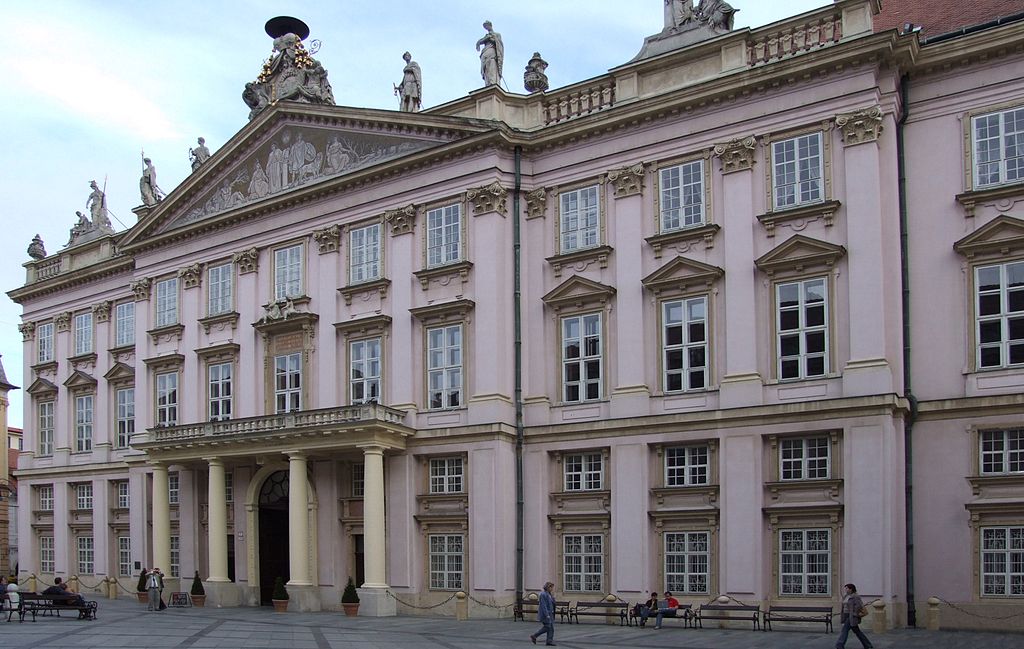 The beautiful exterior of the Primatial Palace | © Elin/Wikimedia Commons

Museum
Do you like wine? Would you like to learn something about the history of Bratislava’s wine production? Then visit the Museum of Viticulture in the Apponyi House to discover how grapes have been grown and harvested in the region surrounding Bratislava for centuries. You can also visit the underground cellar to have a look at hundreds of locally produced wines and do a wine tasting tailored to your preferences.
More Info
Open In Google Maps
1, 577 Radničná, Staré Mesto Bratislavský kraj, 811 01, Slovakia
+421259100856
View menu
Visit website
Visit Facebook page
Send an Email
Give us feedback

The architectural design of the Nedbalka Gallery has earned many awards, with critics comparing its interior to the Guggenheim Museum in New York. The trendy modern interior is surprising after entering the historical building on one of the central streets in the Old Town. The museum’s permanent collections include The Turn of the Century – The Origin of Modern Fine Art in Slovakia, Modern Art in Slovakia, the Mikuláš Galanda Group, and Personalities and Phenomena. The gallery is home to many special pieces which depict the everyday life of Slovak people, as well as many impressive landscape works of Slovakia’s beautiful mountains. 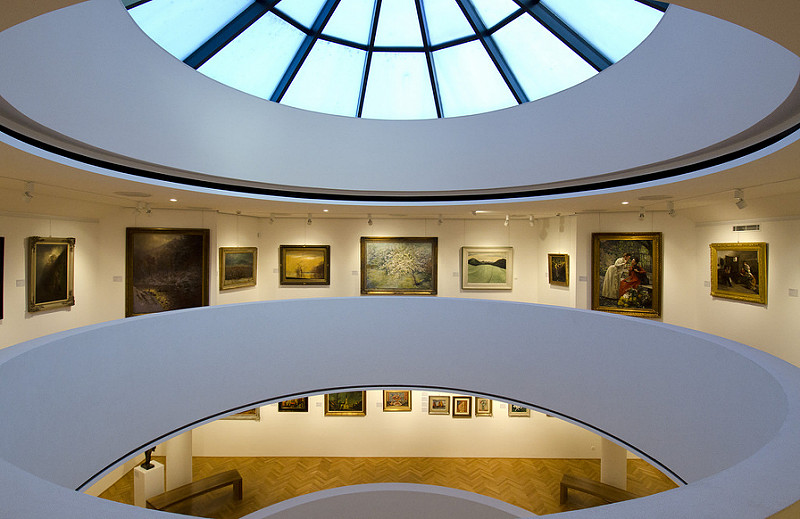 Museum
The best time to visit the Danubiana Meuelensteen Art Museum is between April 29 to October 29, when boats carry visitors from Bratislava to the museum, located about 15 kilometers south of the city. Once you arrive, expect to spend several hours at this large, modern museum featuring artists from Slovakia and abroad. The museum opened in 2000, making it one of the youngest museums of modern art in the world. You’ll find all types of art on display in the permanent and temporary exhibitions here; from sculptures to photography to paintings from all corners of the globe.
More Info
Open In Google Maps
Čunovo Bratislava, Bratislavský kraj, 851 10, Slovakia
+421262528501
View menu
Visit website
Visit Facebook page
Send an Email
Give us feedback

Located just outside of Bratislava, but easily accessible by car or bus, this Renaissance Castle dates back to the early 13th century and has been occupied by many royal families over several centuries. The castle is a national cultural monument and now serves as a popular event and wedding space. You can take a guided tour of the Residence of Nobility and the Renaissance Fortress for an interesting glimpse at the lifestyle of the bourgeoisie in Slovakia.