The Most Impressive Buildings in Bratislava

The Old Building of the Slovak National Theatre sparkles in the evenings | © phtorxp/Pixabay
Several buildings in Bratislava’s historic Old Town date back to when the city was enclosed by a fortified town wall during the late Middle Ages. Many of the most impressive buildings you can see in Bratislava today were constructed during the 15th to 18th centuries. However, a few modern contributions have appeared during the past fifty years which are worth a closer look. Read on to discover the buildings you can’t miss seeing during your trip to Bratislava.

This is Slovakia’s White House, which serves as the official seat of the President during his term in office. The palace also serves as the location for government meetings and ceremonies with foreign officials. The palace was originally constructed as a rococo summer palace in 1760 for an advisor to Empress Maria Theresa, Count Anton Grassalkovich. Visitors can only enter the palace during one “open door” day per year, which typically occurs in June. However, you can stroll through the French-style gardens behind the palace every day from dawn to dusk. 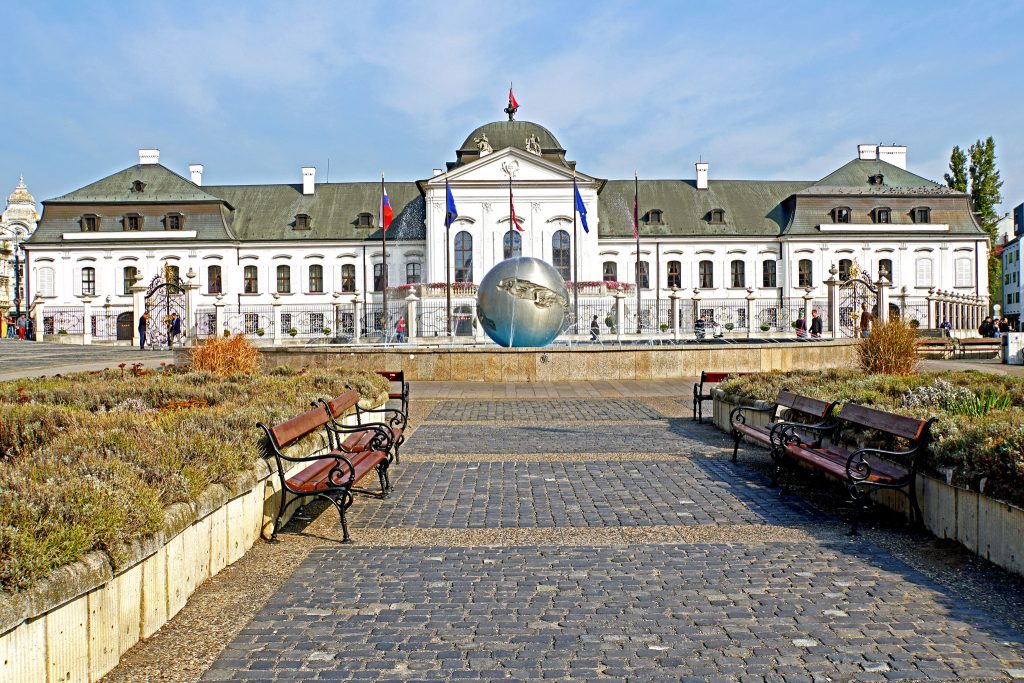 You might come across this building by accident by strolling behind the Old City Hall in the historic center. But almost everyone who comes across it stops for a few minutes to admire the beautiful design and details of the buildings facade. In fact, several benches are set up in the small square in front of the palace so that you can take a seat and take in the pretty pink building topped with allegorical statues meant to represent the qualities and achievements of the original owner, Cardinal Jozef Batthyányi. 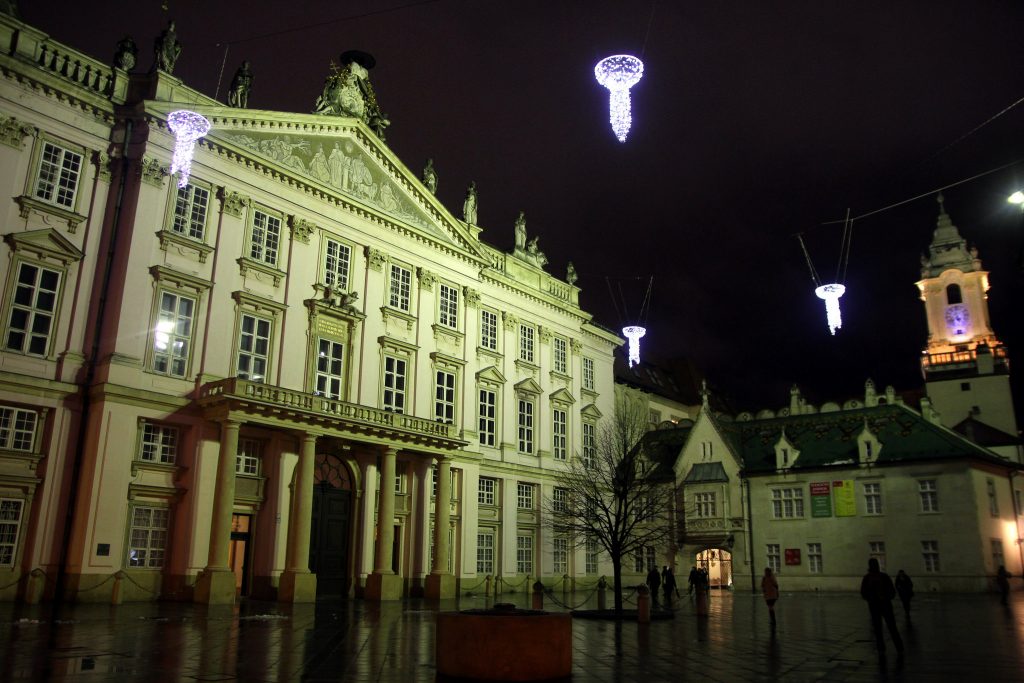 The facade of the Primatial Palace in the evening | © MarcoZanferrari/Flickr

Building, Theatre, Theater, Historical Landmark
The Slovak National Theatre Company now holds performances at two fabulous locations; a large, modern, airy building near Eurovea Shopping Center, and the historic location in the center of the Old Town which was originally opened in 1886. If you have a chance to catch a drama, opera, or ballet performance of the Slovak National Theatre during your visit, don’t hesitate! Especially if you can make it to one of the performances in the Old Building, you will experience an ornately decorated, old-timey, glamorous performance space. People really do dress up for these performances – think dresses or skirts and suits or nice pants with a shirt and tie!
Looks like it's closed Hours or services may be impacted due to Covid-19
More Info
Open In Google Maps
2, 132 Gorkého, Staré Mesto Bratislavský kraj, 810 02, Slovakia
+421220494290
View menu
Visit website
Visit Facebook page
Send an Email
Give us feedback

So-called because it is (surprise!) very, very blue. Baby blue, in fact. Even the roof tiles are blue. With a fabulous Art Nouveau facade featuring flowers and whimsical white details, the church is worth seeking out. The church was constructed in 1909-1913 utilizing elements of the Hungarian Secessionist (as Art Nouveau was known in this region) architectural movement. The building is so uniquely beautiful that the organizers of Mini-Europe in Brussels choose it to represent Slovakia in the miniature park. 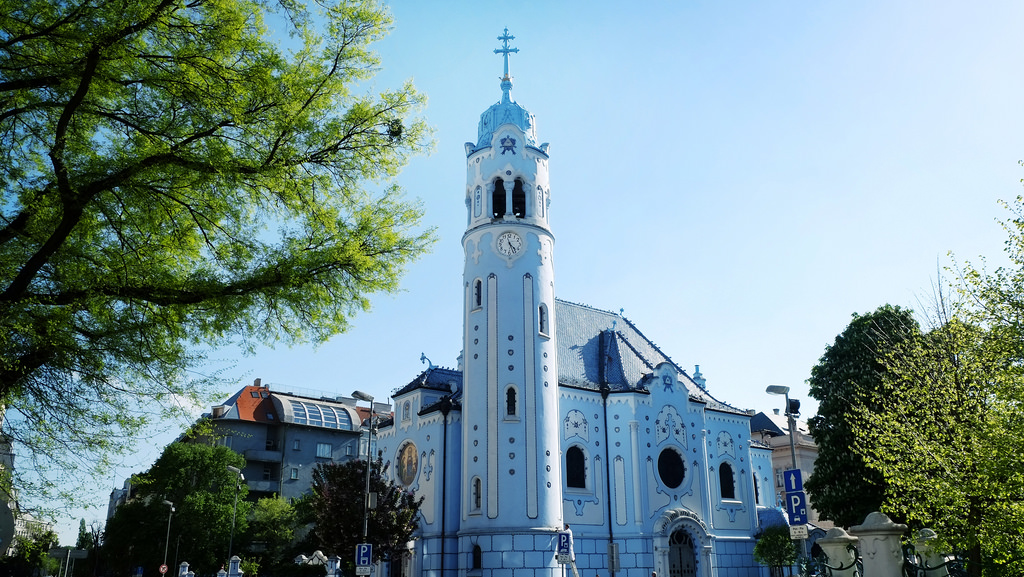 It’s impossible to miss this building when visiting Bratislava. Perched on a hill overlooking the old town, the building is in the shape of a huge rectangle with four corner towers. Sections were added and removed from the castle during the 8th to 19th centuries, and the castle was left in ruins after a destructive fire in 1811. The castle continued to deteriorate and remained in ruins from 1811 until 1957 when restoration began, some parts were only completed as recently as 2000. Today, the castle presents a mostly Baroque restoration, but at some sections you can catch a glimpse of preserved Gothic and Renaissance elements. 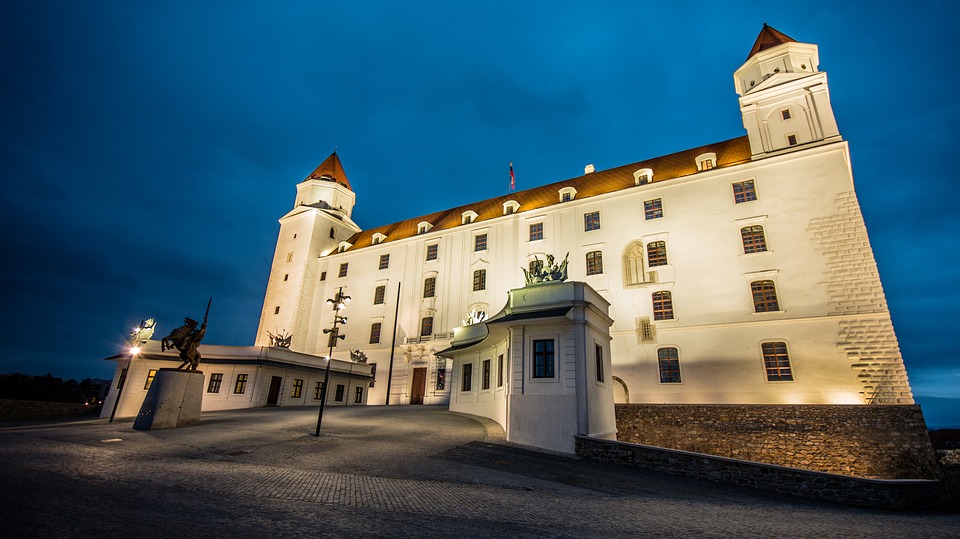 The Bratislava Castle is illuminated at night | © LubosHouska/Pixabay

Another impossible to miss building, the UFO tower rises up proudly over the Danube River on the Petržalka side of the SNP bridge. A fun fact about the bridge is that it is the world’s longest cable-stayed bridge with one pylon and one cable -stayed plane. In ordinary language, it is an impressive engineering accomplishment! The space-ship shaped construction at the top of the tower serves as a 95 meter (311 ft) high observation deck over Bratislava and there is also a restaurant and bar. Originally opened in 1972, the tower is now a member of the World Federation of Great Towers organization. 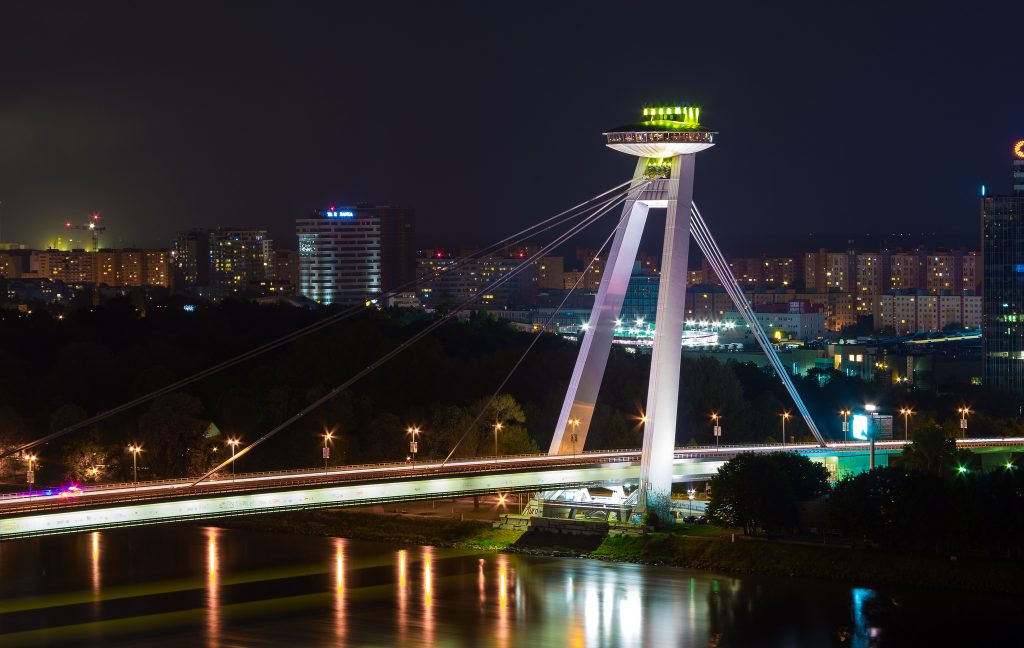 Building
The ugly or beautiful inverted pyramid Slovak National Radio Building | ©Jc/Flickr
This quirky building is in the shape of an inverted pyramid! However it was included in a list of the ugliest buildings in the world by the Telegraph in June 2017. So, is it cool? Or is it ugly? You will just have to decide for yourself when you visit Bratislava!
More Info
Open In Google Maps
1, 2826 Mýtna, Staré Mesto Bratislavský kraj, 811 07, Slovakia
+421232501111
View menu
Visit website
Visit Facebook page
Send an Email
Give us feedback

Although this building isn’t exactly beautiful, it is the tallest construction in the city of Bratislava and offers an observation deck and restaurant with lovely views over the city. The strange looking exterior is meant to represent the shape of a wine bottle because the tower is located in Koliba, an area with several vineyards. The tower stands at 196 meters (643 ft) and construction was finished in 1975. If the weather is nice, you can hike up the Kamzík hill within Bratislava’s Forest Park for about 45 minutes to reach the tower. 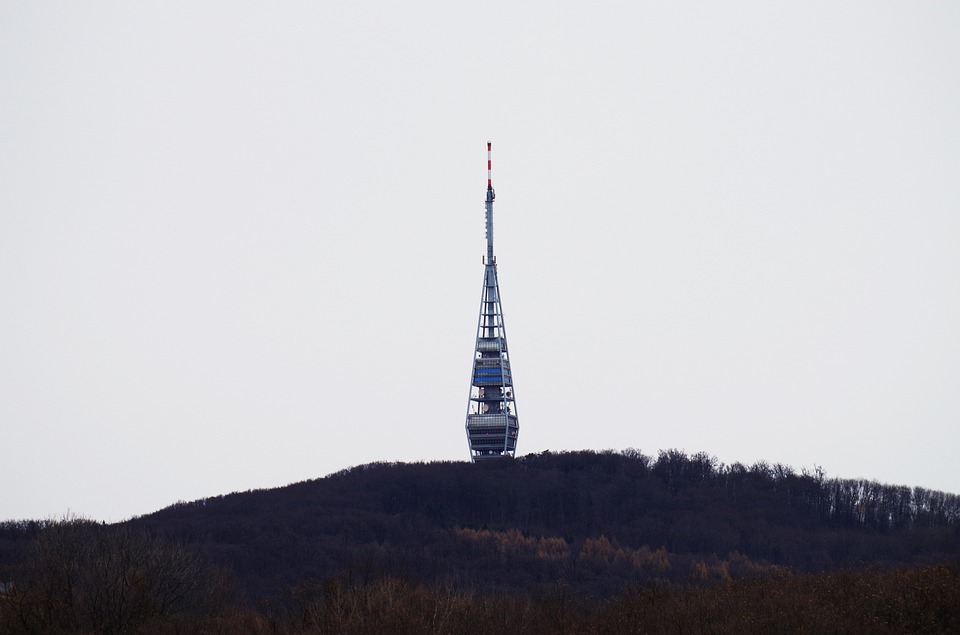 The Kamzík TV tower on a hill overlooking Bratislava | ©Ajale/Pixabay