The 8 Most Epic Races in Slovakia 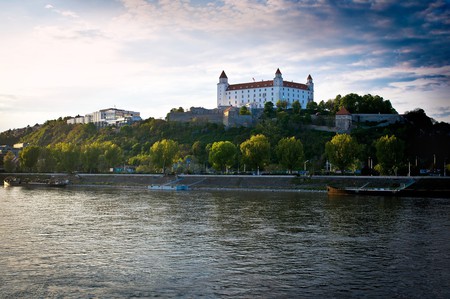 Slovakia has a long history of running races. In fact, this small country hosts two record-holding events annually; the oldest road race and the oldest marathon in Europe. Running a race in Slovakia gives you a chance to go from being a tourist, to being a traveler by participating in a local event. Here’s our top picks of the most epic races to run in Slovakia.

The Kosice Peace Marathon is one of the most popular marathons in Slovakia, and also one of the most famous in Europe. Since 1924, runners have been flocking to Kosice in October to participate in the oldest marathon in Europe. You will receive lots of local support and encouragement along the course and at the water stations. The Kosice Peace Marathon organizers also do a great job of making the race weekend a fun event for participants and their families. There is a kids run, a pasta party, and the White Night, a celebration of contemporary art in Kosice on the Saturday evening before the race. 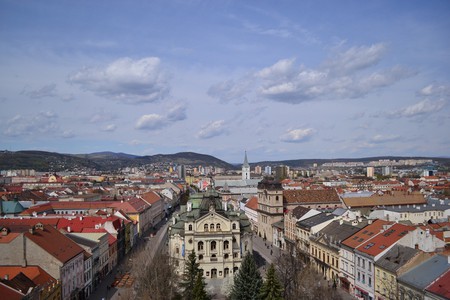 Navigate the streets of the Old Town and the suburbs of Bratislava's second largest city, Kosice. | © petkation/Pixabay

The CSOB Bratislava Marathon is a great way to see the diverse areas of Slovakia’s capital while also working up a sweat. The marathon involves two loops around the half marathon course, so if you are keen to run for just two hours, but still have the feel of participating in a huge athletic event, then sign up for the half! The race is held annually in April and the course begins at Eurovea Shopping Center on the Danube River near the historic Old Town. After circling through some of the suburbs, the course leads directly through the pedestrian areas of Bratislava’s beautiful Old Town. You will also cross over the Danube River to run through a large park on the Petrzalka side of the river before crossing via another bridge on your way to the finish line. If you enjoy races which combine sightseeing, you will love the CSOB Bratislava Marathon! 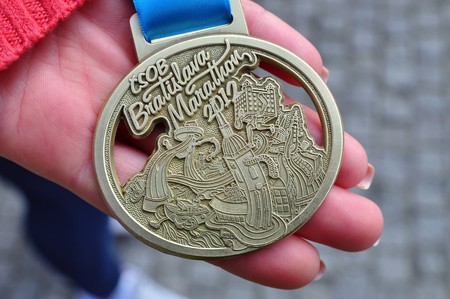 The CSOB Bratislava Marathon medal always feautures a cool local design incorporating some major sights from the city, such as the Castle and the UFO Tower! | © BratislavskaZupa/Flickr

The Chopok Eliminator is an eagerly anticipated race which will take place in June 2018 in the Jasna Low Tatras holiday resort (on the same slopes that professional skiers raced down during the Ski World Cup in 2016). The race distance is 400 meters, but the elevation change is 110 meters. To attract families, the race organizers will also offer kids events such as a long jump and obstacle course race. Register early and bring the whole family for a lovely vacation in Slovakia’s Low Tatra mountains. 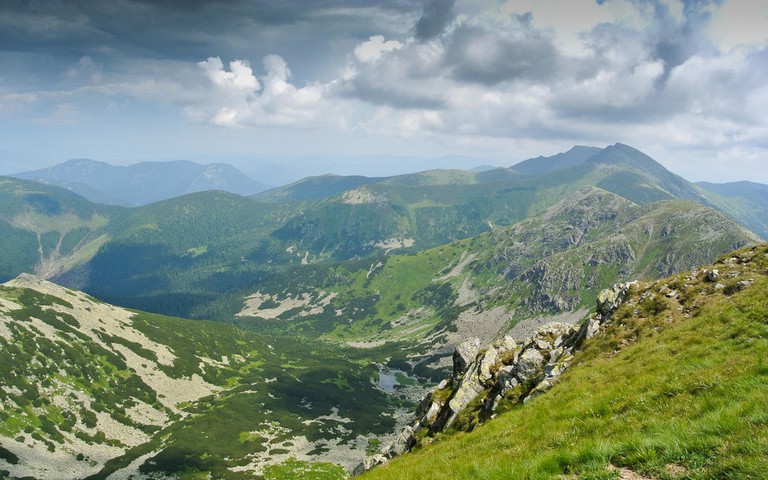 The Banska Bystrica Marathon features a full marathon course, a half marathon, a barefoot half marathon, a mini marathon and a relay. All races begin in the heart of Banska Bystrica, the SNP Square. Runners navigate past the pretty pastel buildings in the old town before touring the neighborhoods of the largest city in the center of Slovakia. After the race, celebrate your success with large amounts of delicious food at the picturesque Bistro Dukat – Le Gout, or dance the night away at Ministry of Fun, Slovakia’s largest night club. 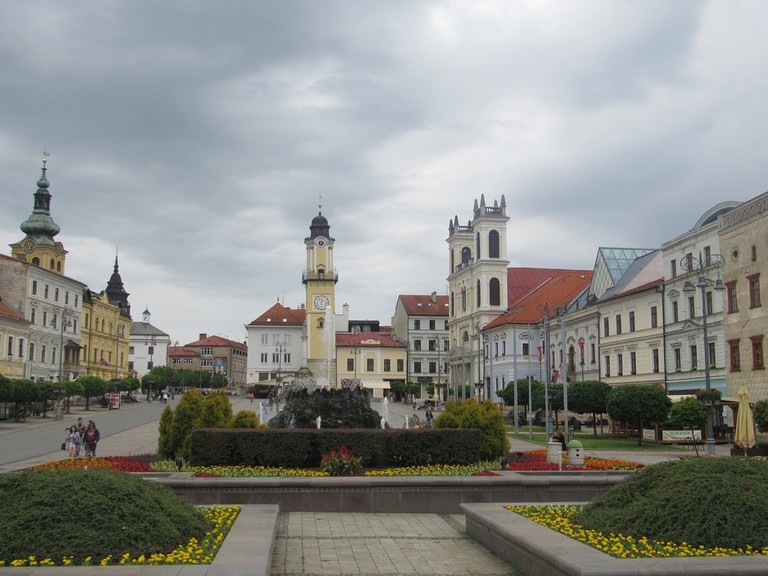 The SNP Square, where all races start in Banska Bystrica | © PaulCosmin/Pixabay

The National Run Devin – Bratislava is another race in the record books; this time as the oldest ever organized road race. The run was first held in 1921, making it Slovakia’s oldest athletic event, even older than the Kosice Peace Marathon. The 10 kilometer race starts at the historic Devin medieval castle, just north of Bratislava. Participants race alongside the Danube back to Bratislava. Every year, around 5,000 to 6,000 runners take part in this scenic race. 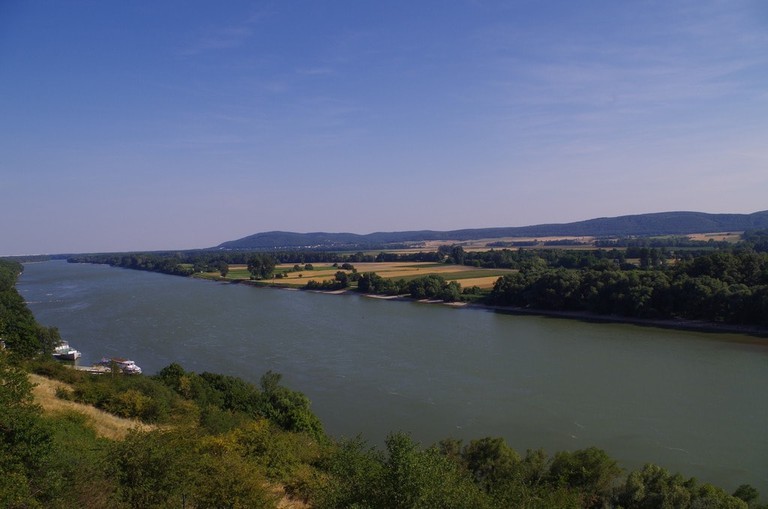 The New Year’s run over the Bratislava Bridges is a fun way to fit in some exercise on the last day of the year. The 10 kilometer course winds back and forth over the Danube River on Bratislava’s bridges. You will cross over eight bridges; perhaps the most iconic being the SNP (or UFO) bridge. The race is held in the morning on December 31, so you’ll still have plenty of time for a nap before hitting one of Bratislava’s cosy pubs or wild nightclubs to ring in the New Year! 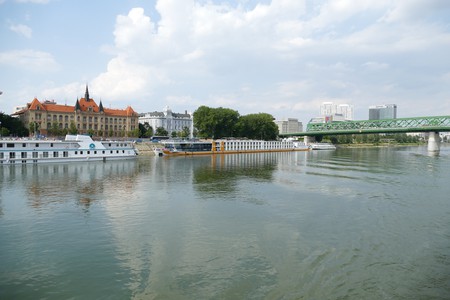 Those who love trail running in the mountains with gorgeous scenery all around should not miss the Tatry Running Tour, a three day celebration of trail running held in June in the High Tatra mountains. The event kicks off with a five kilometer night run on Friday evening, then continues with your choice of a 12 kilometer Cross Run or a 34 kilometer Sky & Clouds Run. If you can skill move your legs on Sunday, there is an eight kilometer InterSki Run. All races begin in Štrbské Pleso, a picturesque small town situated near a beautiful mountain lake. 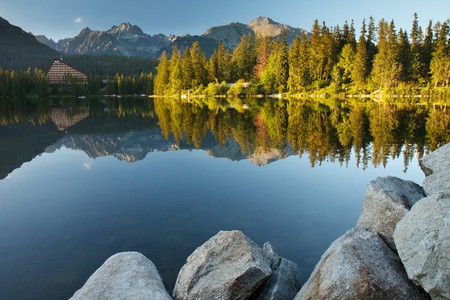 One of the most epic team relays is held in Slovakia annually in June. Teams participating in the Full edition will cover 534 kilometers from Kosice to Bratislava during three full days. Teams can also choose to participate in just the East edition of 291 kilometers from Kosice to Teplička nad Váhom or the West edition of 243 kilometers from Teplička nad Váhom to Bratislava. Team members run through small villages and big cities, overnight, as they cross the country. If you are looking for a race which will provide an unforgettable experience as a part of a team and reveal some of the most scenic areas of Slovakia, The Run Slovakia is worth traveling for.