Ephemera as Archive: The Czech and Slovak Republics at the Venice Biennale

The Czech Republic and Slovak Republic are represented by a partnership at the national pavilion in the 2013 Venice Biennale. Utilising a combination of archive, video and found objects, Zbyněk Baladrán and Petra Feriancova aim to explore the theme of travel and journey, representing their own respective countries. 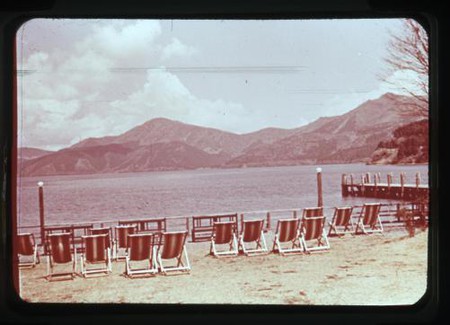 The duo’s title for their space within the national pavilion is Still the Same Place. The curator of the exhibition, Massimiliano Gioni, has declared that the exhibition presents works by contemporary artists who exploit different references in order to stimulate another reality. With the theme of the Venice Biennale being ‘Il Palazzo Enciclopedico’ or ‘The Encyclopedic Palace’, this exhibition joins together with the other national pavilions in offering the dream of a global and all encompassing space of knowledge. Of particular interest to Gioni is the relationship between the artists in their consideration of time and space, and this is something that Baladrán and Feriancova thoroughly explore within their submissions. Feriancova works on her personal archive within the piece Still the Same Place, illustrating the artist’s major subject of travel as journey. She uses literal references in order to represent a view of Italy as discovered by writers of the Romantic Movement. Her colleague Baladrán looks towards Feriancova’s old super eight films and other material from her archive in his video which are being exhibited in the national pavilion. Commissioned by Monika Palcova and curated by Marek Pokorny, the representation and reproduction of found objects and memories provide an archive of the individual’s journey as various media. 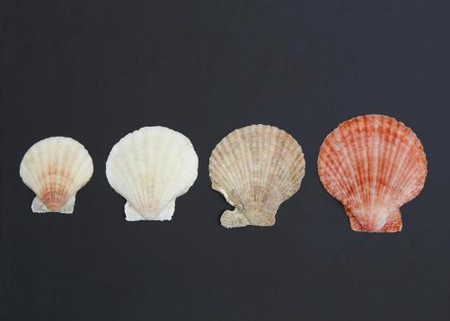 Petra Feriancova was born in 1977 in Bratislava, Slovakia and currently lives and works within the capital. She studied at L’Accademia di Belle Arti in Italy and Academy of Fine Arts and Design in Bratislava. Her works have been exhibited extensively including at the Secession Museum in Vienna, Austria in 2010 and the Musee d’Art Moderne de Saint-Etienne, France, in 2008. In the year 2010, she received the prestigious Oskár Čepan Award. Her work is primarily conceptualised within the timeframe and process of post-production, the pieces being comprehended best during the delayed emotional reactions of perception and memory. The artist chooses texts, photographs and archives made previously to interchange and experiment for interpretation. Feriancova explains: ‘[my] work involving the external world had become saturated to such an extent that I decided to focus on material already accumulated.’ After studying and living in Rome for six years Feriancova is now in Italy again, bringing the results of her memories from which the archive entered for the Venice Biennale represent. A variety of seashells with the caption ‘According to Ruskin’ are being exhibited alongside photographs depicting a beach, also captioned with ‘Almost Venice’. The installation will additionally consist of catalogue stacks and rows of disposable films.

Born in Prague in 1973, Zbyněk Baladrán is a visual artist, author and curator. He studied Art History at the Charles University Philosophical Faculty in Prague from 1992-1996, and from 1997-2003 at the Prague Academy of Fine Arts in the studio of visual communication. In 2001 he co-founded Galerie DISPLAY, an art gallery in Prague, which is a fierce contender amongst the contemporary art scene of the city; Baladrán continues to oversee its exhibition programs. Along with Vít Havranek, he co-curated the project and exhibition Monument to Transformation, a three year social transformation project premiering in the Prague City Gallery and eventually travelling throughout other locations in Europe. Baladrán also participated in Manifesta 8 in Murcia, Spain. The artist is often described by critics as an archaeologist of knowledge and memory. Many of his artworks can be identified by the search for links between the past and its construction in relation to epistemological consistencies. The artist exercises the layout of maps as a means to store information to recall at a later time. For example, in Baladrán’s 2010 video installation ‘Assemblages Against Essences’ the artist projects ten stacks of white paper against ten constantly changing images. The overall result is a mesmerising assemblage of different images and maps of various dimensions that continually change their character and testimony over time.

The 55th International Art Exhibition of the Venice Biennale is taking place from 1 June 24 November. The Culture Trip’s Venice Biennale Series is an article series leading up to the start of the exhibition. With 88 countries participating in this year’s Biennale 10 of them for the first time and 150 artists from 37 countries, our coverage over the next couple of months will highlight a selection of the National Pavilions that will be participating in the 2013 edition of the Venice Biennale. Watch the Biennale page on our site or The Culture Trip’s Twitter, Facebook and Pinterest pages for our daily Biennale articles and updates.