An Architectural Tour of Bratislava's Most Beautiful Landmarks 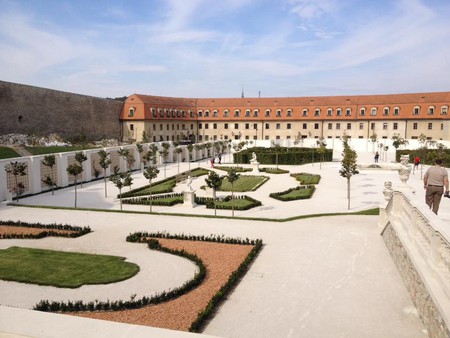 The Baroque-style gardens at the Bratislava Castle, one of Bratislava's most beautiful landmarks | © Taylor Geiger

While in Bratislava, you can easily observe a multitude of examples of Socialist architecture. However, the capital city’s most beautiful landmarks date back much further than the 20th century. Bratislava’s historic Old Town is host to some lovely landmarks from the 18th and 19th centuries, and perhaps the most stunning architectural landmark of all is St. Martin’s Cathedral, which dates back to 1492. The best place to embark upon an architectural tour of Bratislava’s most beautiful landmarks is the castle ramparts, which provide a panoramic view over the city. 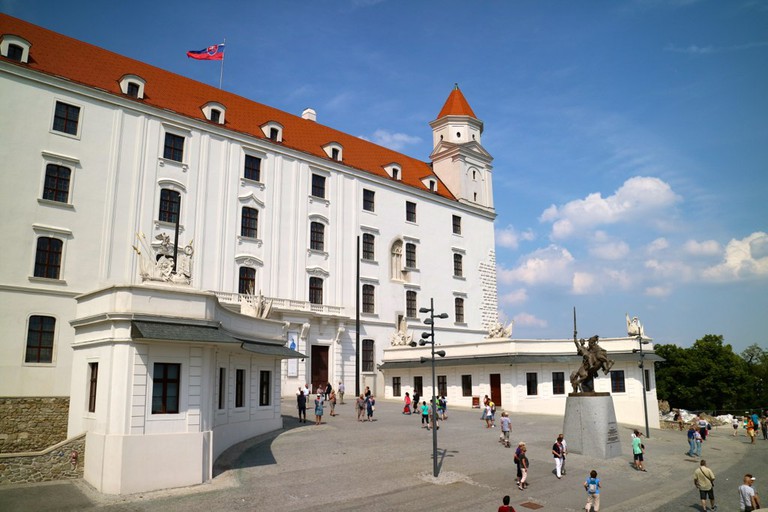 Look closely at the façade of the Bratislava Castle (hint: the second row of windows from the right) to catch a glimpse of old design elements preserved in the current reconstruction | © Erik Cleves Kristensen/WikimediaCommons
The landmark that most frequently stands as an icon for the city of Bratislava is Bratislava Castle. Standing guard over the city from above, the castle’s tumultuous history has resulted in its current mix-and-match appearance. From afar, the castle appears as one consistent building, but up close, you can catch a glimpse of fragments of Gothic and Renaissance construction elements. The castle was badly damaged due to a fire in 1811, and lay in ruins for more than one hundred years until reconstruction began in 1953. You can learn all about the eventful history of the castle and the city in the branch of the Slovak National Museum housed within the castle walls.
Open In Google Maps
Old Town Bratislava, Bratislava Region, 811 06, Slovakia
+421220483110
Visit Website
Give us feedback 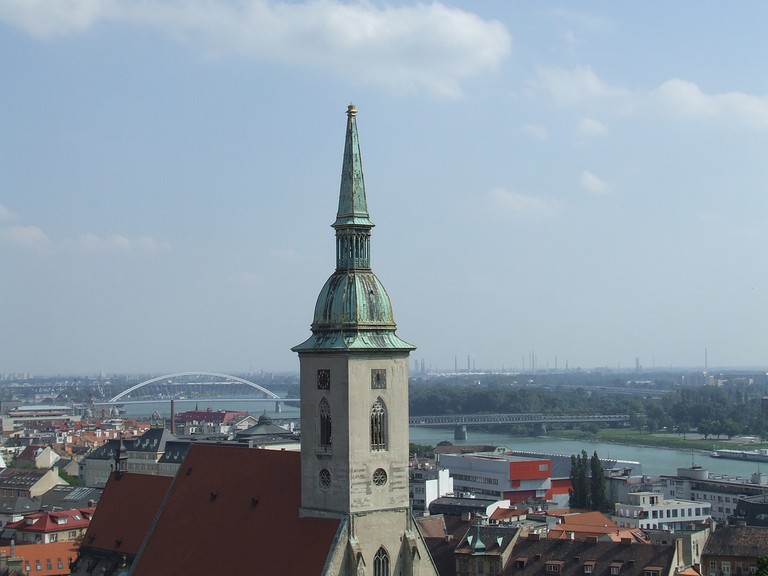 St. Martin's bell tower is a prominent feature of Bratislava's skyline | © ChrisYunker/ Flickr
St. Martin’s Cathedral is one of the oldest buildings in Bratislava, located at the base of the hill that leads up to the castle. For centuries, this Cathedral served as the coronation site for kings and queens of the Austro-Hungarian Empire. Accordingly, large sums of time and money were invested by the Empire into creating the Cathedral’s imposing and impressive appearance. Today, you’ll find the three-nave Gothic structure’s stained glass windows beautifully renovated and the interior well preserved. One of this landmark’s most impressive features is it’s 300-kilogram replica of the royal crown, which adorns the top of the 85-meter-tall neo-Gothic tower. Just like the Bratislava Castle, the Cathedral’s history spans many centuries, and as such, it’s possible to detect fragments of Gothic and Renaissance elements within the building.
Open In Google Maps
1 Rudnayovo námestie, Staré Mesto Bratislava, Bratislavský kraj, 811 01, Slovakia
+421254431359
Visit Website
Give us feedback 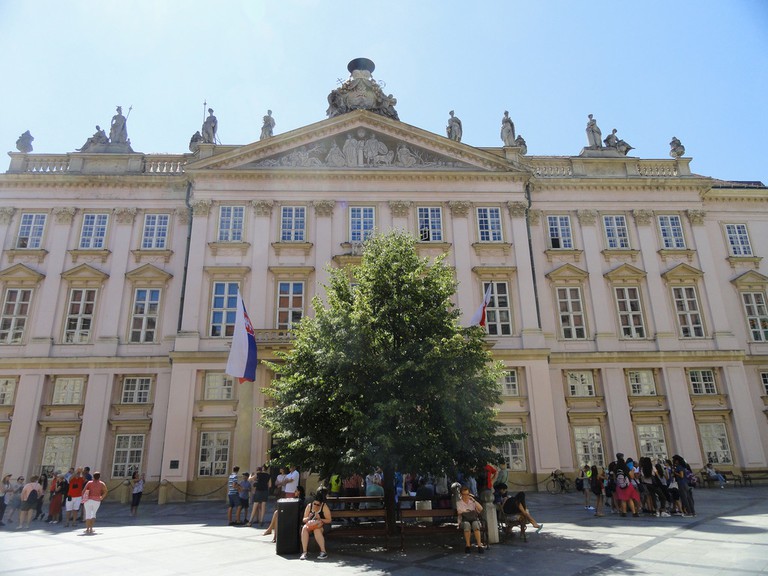 The pretty pink façade of the Primate's Palace | © Damien/Flickr
When standing in front of the Primate’s Palace, you might for a second forget that you are in Bratislava, and instead think that you are in nearby Vienna. That’s because the building was constructed by an Austrian architect in the typical Viennese palatial style of the late 1700s. The pretty pastel pink exterior is an amazing photo spot, but the interior also houses a treasure: the Hall of Mirrors. Many important political gatherings and signing of various laws and treaties took place within the Hall of Mirrors during the 19th and 20th centuries, and various political and social events still take place in the hall to this day. The Primate’s Palace and its luxurious interior are a must-see during a trip to Bratislava.
Open In Google Maps
2 Primaciálne námestie, Staré Mesto Bratislava, Bratislavský kraj, 811 01, Slovakia
+421259356394
Visit Website
Give us feedback 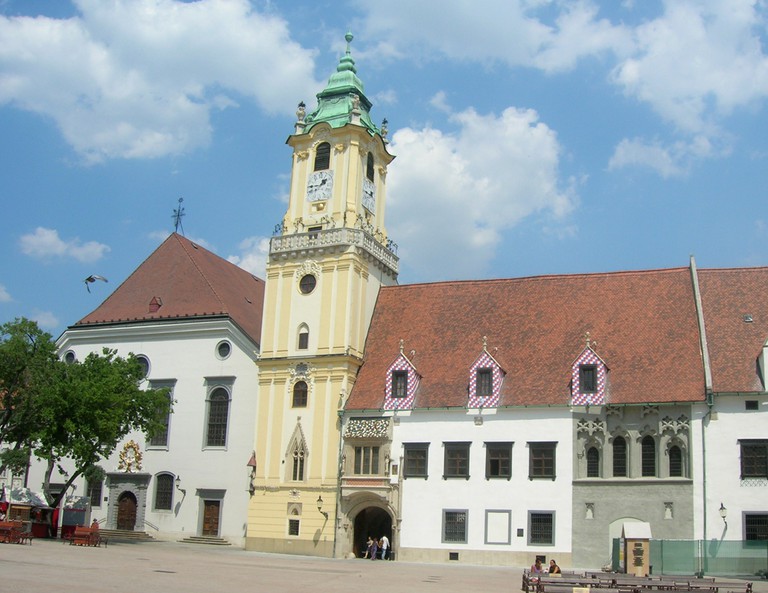 Bratislava's Old Town Hall with its bright yellow tower | © Airin at wikivoyage shared/WikimediaCommons
Bratislava’s Old Town Hall complex dates back to the 14th century, making it one of the oldest stone buildings still standing in the Old Town. Climbing to the top of the clock tower (which dates back to 1370) provides a panoramic view over the main square and Old Town below. The complex was originally constructed in Gothic style, but went through a Renaissance-style reconstruction in 1599. Baroque restyling to the tower was added after a fire in the 18th century, resulting in an interesting fusion of various styles. Make sure to head inside to check out the oldest museum of Bratislava, the Bratislava City Museum, housed within the Old Town Hall.
Open In Google Maps
501/1 Hlavné námestie, Staré Mesto Bratislava, Bratislavský kraj, 811 01, Slovakia
+421259100847
Visit Website
Give us feedback

The Grassalkovich Palace serves as the seat for the President of the Slovak Republic. Unfortunately, it is only open to visitors for special events a couple of times per year, so you can only admire its splendor from the outside. The palace was originally designed as a Rococo summer palace for a Hungarian nobleman, Antal Grassalkovich. The best time to admire this landmark is at noon on weekdays, when you can also observe a short changing of the guard ceremony at the front castle gates. Behind the palace, the French garden serves as one of the most popular public parks in Bratislava’s city center. 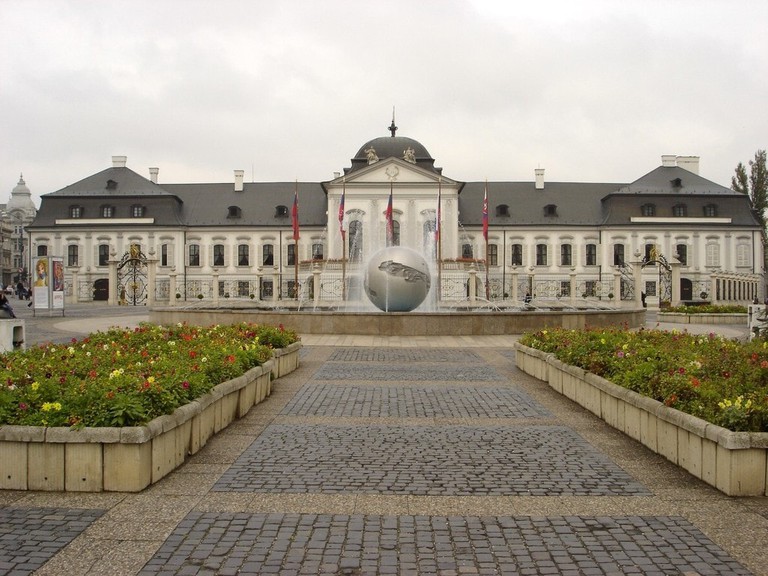 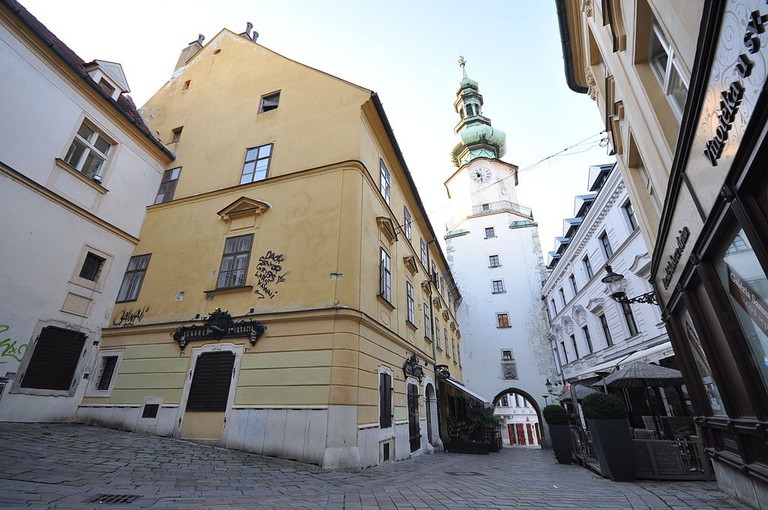 Michael's Gate, Bratislava | © Jorge Láscar/WikimediaCommons
If you arrive in Bratislava by train, you won’t be able to miss Michael’s Gate, as it serves as the official entry into the Old Town. Originally built in the 14th century, many modifications have been made to the gate over time, most notably the addition of a Baroque bell-shaped roof in the mid-1700s. The tower now houses Bratislava’s Museum of Arms, and provides a panoramic photo op from the top floor.
Open In Google Maps
Staré Mesto Bratislava, Bratislavský kraj, 811 03, Slovakia
+421254433044
Visit Website
Give us feedback

Although the official name of the Blue Church is the Church of St. Elisabeth, all of the locals will easily point you in the right direction if you ask the way to the Blue Church. Likely due to its location a bit outside of the Old Town, the Blue Church is perhaps the least well-known landmark on our list, but architecturally speaking, it is a gem. It might just be the most ornately decorated, beautiful, and unique Art Nouveau building in the entire Slovak Republic. This landmark is actually the only building that was chosen to represent Slovakia at the popular Mini Europe park in Brussels. Some locals have even made comparisons between the unique colorful appearance of the Blue Church and the buildings of Gaudí in Barcelona. 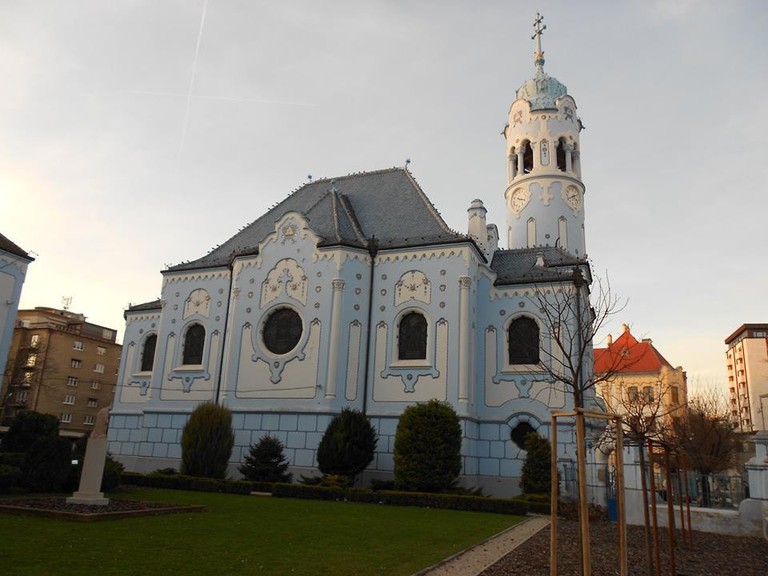